Mego Corp is the newest Toy Company to reveal its all-new product database, powered by hobbyDB. While they are best remembered for their wide line of popular figures from movies and TV, the company’s history goes back much further. The Mego Database will include all of that history and more.

Mego was founded in 1954 by D. David and Madeline Abrams as an importer of inexpensive dime-store toys. In 1971, a shift in economics and changing tastes with kids meant it was time to refocus the company. 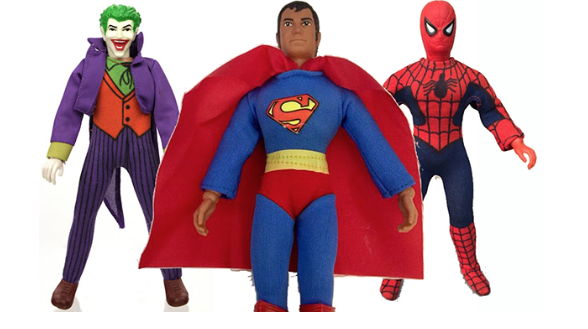 Marty Abrams, their son, suggested that a line of inexpensive action figures would be a big hit. Many of them shared the same body molds to keep costs down, and all had separate, removable outfits. The figures were 8 inches tall, smaller than some other popular brands, but perfectly sized so accessories like vehicles and playsets weren’t too big or expensive.

Mego managed to get licenses for DC’s Super-Friends, which turned into an instant hit. A subsequent deal with Marvel Comics then meant kids could play with compatible characters from incompatible worlds.

The rapid success of those first figures meant Mego would lead to the company in securing deals for characters from Star Trek, Wizard of Oz, and Planet of the Apes. In fact, the Planet of the Apes characters were trailblazers, some of the very first movie tie-in merchandising of their kind. 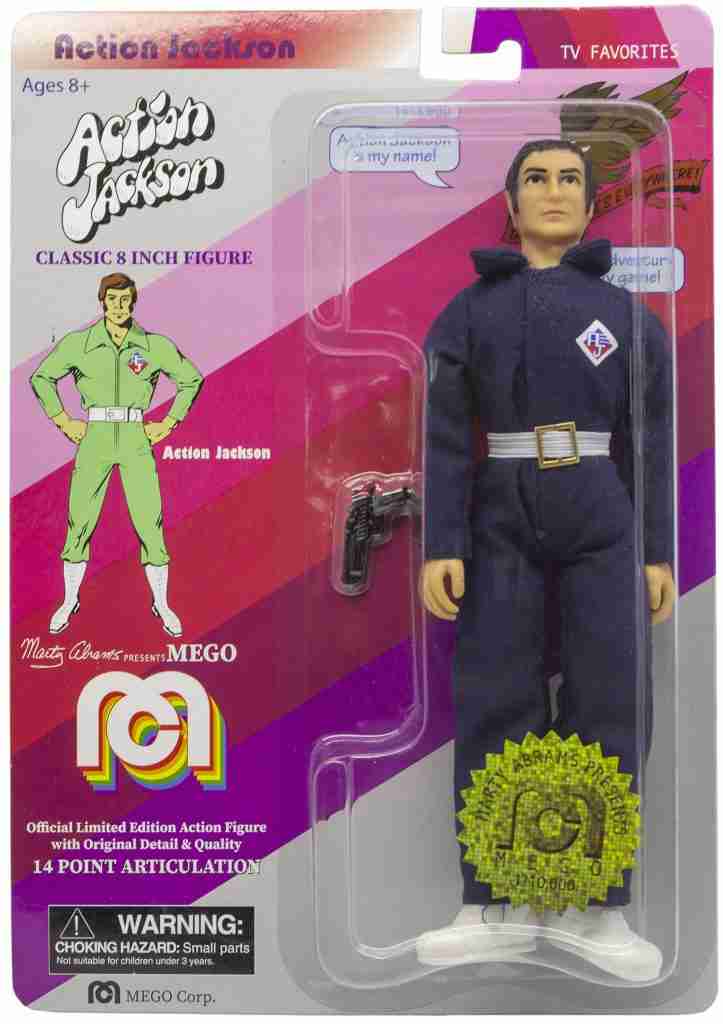 Among their next big hits were smaller figures, the Micronauts. They were much smaller than any other toy of their kind, and their futuristic designs fit in with kids’ interest in space travel and science fiction.

Action Jackson was Mego’s response to GI Joe, and competed with the long-running soldier on a less military field. Additional licenses in the late ‘70s included CHiPs, Dukes of Hazzard, and The Greatest America Hero. Only when collectors and kids gravitated towards Kenner’s new (and smaller) Star Wars toys did Mego stop production in the early 1980s.

Even though the company was gone, the memories of Mego stayed strong, and kids of the ‘70s grew into collectors of the ‘90s and 2000s. In 2018, Mego re-introduced a line of characters including many old favorites, as well as some shows from that era that they didn’t do the first time around. Some newer classics like Cheers and Married With Children are in the mix now as well.

Once completed, the Mego Database will be a great resource for collectors, as it combines accurate, complete information from the actual company with the cross-reference abilities of the hobbyDB database. It will also feature price guide information and give Mego collectors the ability to manage and showcase their collections as well as a wishlist. Interested in getting involved? Just email us here.

I always thought Mego was Japanese!  With a name like that, did not sound ‘merican!  ha ha