19 Food Mascots Who Want You to Join Them for Dinner, Snacks or Dessert

Last week we looked back at some of our favorite cereal spokes characters from big bowlers like Cap’n Crunch to the soggy, forgotten ones like Quake. But there are more meals to the day than just breakfast, so let’s take a look at other Food Mascots from healthy veggies to fast food.

Back when Funko started in the late ’90s, their Wacky Wobblers were heavy on retro, even forgotten, food spokes characters. It was a fun dose of nostalgia, with some deep dives into long retired mascots who still could provide a smile to those who remembered. 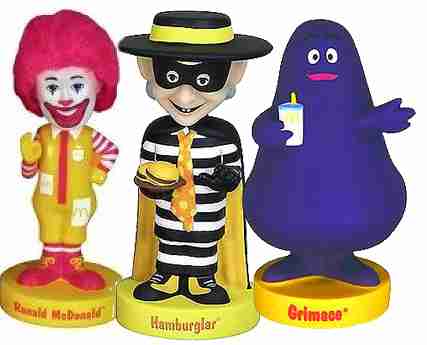 Big Boy was the very first Wobbler, and he has since been immortalized with other figures. During the restaurant’s heyday, vinyl figures and banks representing Big Boy were widely distributed. Bonus fact: It’s fun to guess where someone is from by whether they identify him as Bob’s, Shoney’s, Frisch’s, Azar’s and so on.

Many other restaurants have mascots, but most are on the fast side of the food spectrum. McDonald’s began rolling out friends for Ronald McDonald in the late ’60s. If you’re someone who finds clowns terrifying, you should the original Hamburglar. Also Grimace used to be Evil and had extra arms. The entire cast of characters exploded to enormous size by the 1980s, and has been scaled way back since. 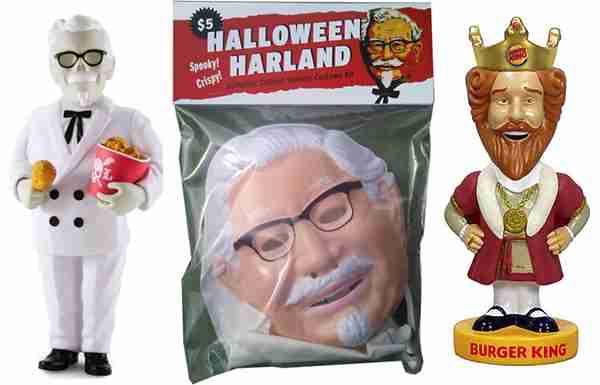 It’s hard to conceive now, but at one time Col. Harlan Sanders was an actual person, not a character played by an ever rotating cast of comedic actors (and also recently by another spokes character, Chester Cheetah!). Burger King used to be a real person, too, possibly a deposed ruler of a far away country, but more likely an actor. Either way, the rubber headed king of the last decade or so has been repping the restaurant and possibly scaring kids since. 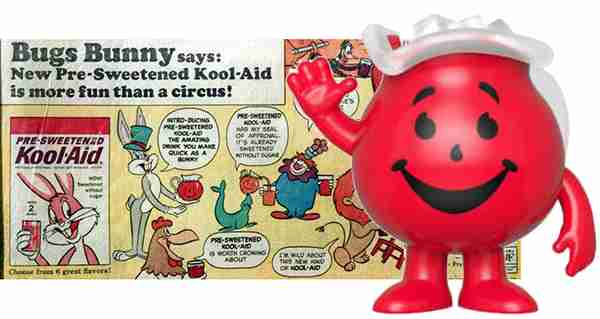 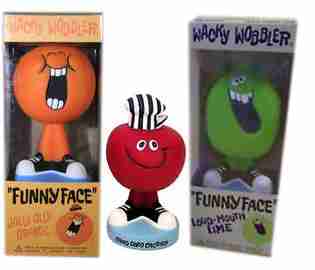 The Kool-Aid Man started off as a face drawn in the sweat on the outside of a pitcher of ice cold powdered beverage (didn’t we all?). Eventually, he grew appendages and then an affinity for smashing through walls. Many figures and toys and replica pitchers have honored him over the years, but the best was the early ’80s Kool-Aid Man video game cartridge! Fun fact: Bugs Bunny drank the Kool-aid briefly, too! In the mid ’60s, Wyler’s tried their hand at the powdered juice game with Funny Face. Each flavor had its own distinct character, although they may have tried too hard. While some of them are available in collectible form, several were based on, umm, questionable stereotypes that have not aged well.

Many of you know the Pillsbury Dough Boy has a name: Poppin’ Fresh. But did you know he had a family of dough people? Joining him in the 1970s were a wife (or maybe girlfriend, they never specified… Poppie Fresh), a son (Popper), a baby daughter (Bun-Bun), and pets named Flapjack and Biscuit. There are also some older folks, presumably someone’s parents, as well as good ol’ Uncle Rollie. The main family and pets were available as figures and finger puppets for several years.

If you prefer your baked goods already well, baked… Twinkie the Kid was your guy. Why he dresses as a cowboy is anyone’s guess. There is also a chocolate version of the Twinkie the Kid, also named the same name. Less enduring, but worthy of the Funko treatment were King Ding Dong and Fruit Pie the Magician. Spider-Man and other heroes got in on the Hostess gig for a while as well. 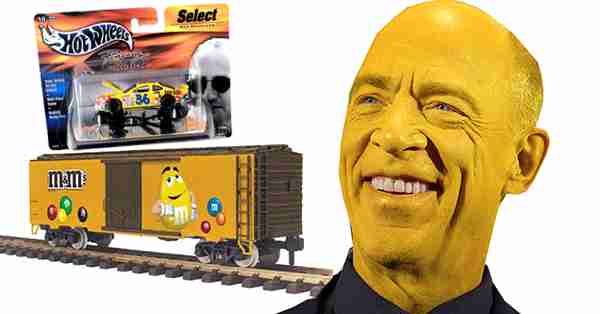 The kings and queens of the anthropomorphic snack world have to the the M&Ms characters. Starting with just a few different colors, they have added on to the crew increasing diversity, and even an occasional cannibalism joke (well, what do you call it when one candy eats another of itself?) Fun fact: Actor J. K. Simmons has been the voice of the yellow M&M for over 20 years. No, seriously! 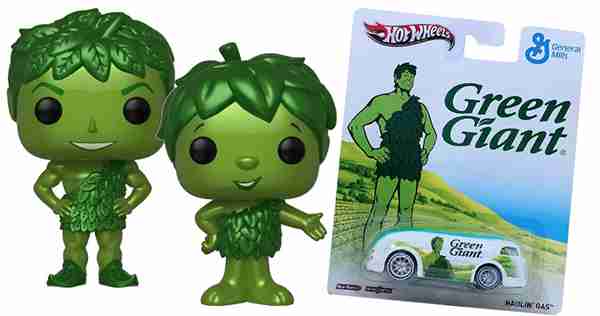 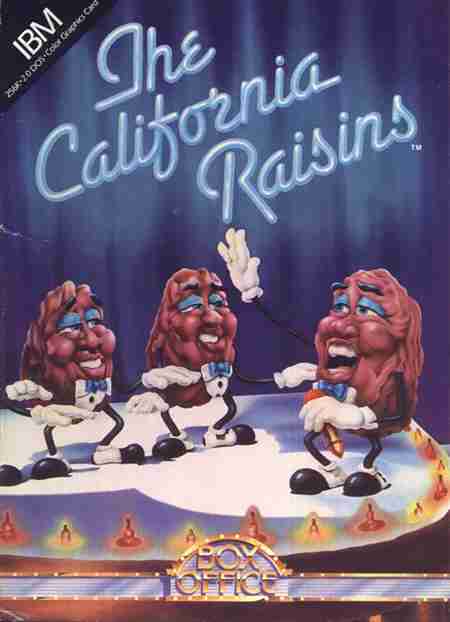 Spokes characters aren’t always trying to lead consumers astray… the Jolly Green Giant seems genuinely interested in selling you healthy vegetables. And of course he had a sidekick… apparently despite the family resemblance, young Sprout was an “apprentice.” Theoretically, the California Raisins were doing the same service, but honestly, they sold a lot of merchandise and stimulated an interest in Motown hits more than they did for shriveled grapes. 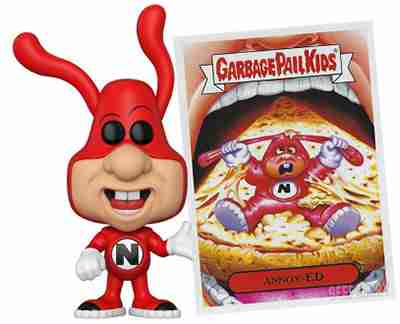 Of course, we need to address perhaps the most annoying, reviled, and despised restaurant mascot of all time… The Noid. Even in the pre-Twitter rage era of the early 1990s, the reaction to this mascot for Domino’s Pizza was swift and unified in revulsion. He was meant to represent the bad, incompetency of “other” pizza chains, but the stink stuck to Domino’s nonetheless. So of course, Funko has honored the Noid with a Pop! figure. The Garbage Pail Kids also did a more fitting tribute.

Of course, many non-food companies have memorable (and sometimes forgotten) spokes characters… we’ll look at those soon, too.

Who’s your favorite food spokes character? Let us know, and if there are relevant toys and collectibles add them to our database.