We recently looked at collectibles connected to our favorite food mascots (cereal and otherwise), but there are lots of beloved Advertising Spokes Characters for non-edible markets, too.

The granddaddy of all spokes characters has to be Bibendum. You might know him as The Michelin Man (which is actually his official name in the U.S.). Even though he’s French, his name is a Latin approximation of “I drink nails.” Bib has been around since 1894 when tires were white or light gray. 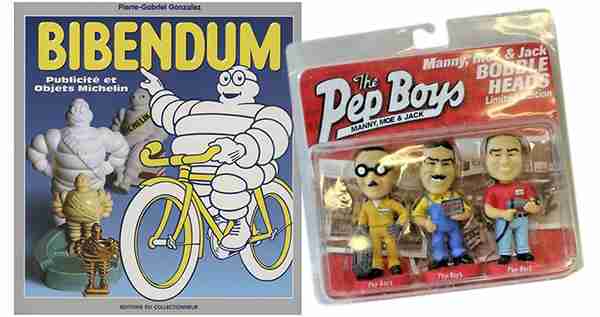 Also from the world of automotive service, Pep Boys decided they needed not one but three spokes brothers. Manny, Moe, and Jack have been around since 1921. They are based on the three company founders, who are not brothers and none of whom are named “Pep.”

A perfect example of target marketing, Bullseye the miniature bull terrier has been the spokes mutt for Target stores since 1999. There have been various stuffies and toys of this mutt, most of them presumably exclusive to those stores.

Another famous store mascot hasn’t fared as well lately. Geoffrey the Giraffe was the spokes mammal for Toys “R” Us stores since their inception and was there til the end when the chain finally went belly up.

Snoopy is really just a cartoon character, but honestly, he’s probably as well known as a spokes pup for, well just about everything, including MetLife Insurance. He isn’t available as a true spokes collectible, but he is represented in countless toys, possibly more than any other comics character in history. 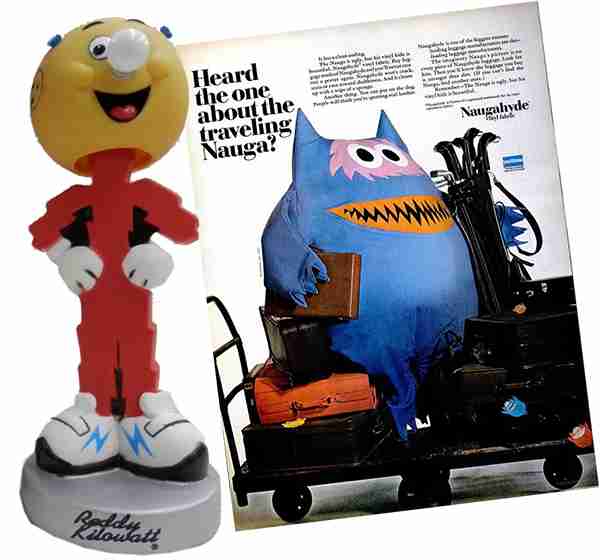 Electricity shouldn’t be a hard thing to sell. You kind of need it for all sorts of things all day. But in the 1920s, electricity was still not the dominant source of power in U.S. homes, especially in rural areas. In fact, a lot of farmers were downright skeptical of it. Enter Reddy Kilowatt, the “electric utility ambassador.” Fun fact: By the 1970s, Reddy changed his message to one of energy conservation, not consumption. Another fun fact: He was once a member of the Grateful Dead. No, really!

Fake leather shouldn’t be a hard sell, either, but Naugahyde brought out Nauga, a spokes monster made of that very substance. His legacy has endured longer than the material has, and it was pretty indestructible. 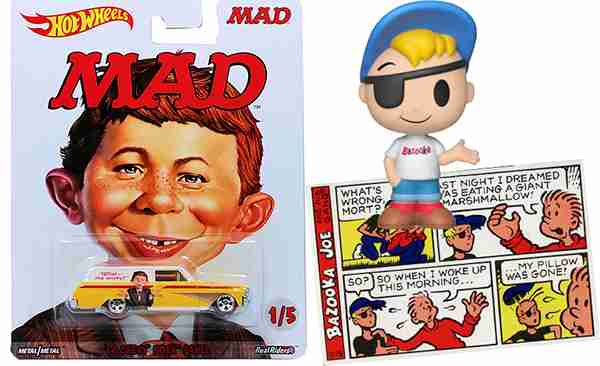 Several magazines have had spokes characters from “Cracked” (Sylvester P. Smyth) to “The New Yorker” (Eustace Tilly), but none reigned as supremely stupid as Alfred E. Neuman, spokes idiot for “MAD.” Sadly, “MAD”
is ending its print run soon, perhaps allowing Alfred to really focus on his next bid for the Presidency (one of these years, he has to win, right?)

Gum isn’t food, is it? I mean, you shouldn’t eat it. Did you know that’s how Bazooka Joe ended up losing his eye? Sadly, they never really explain it in the comics printed inside the wrappers. And they don’t ever clarify whether he actually owns a bazooka. 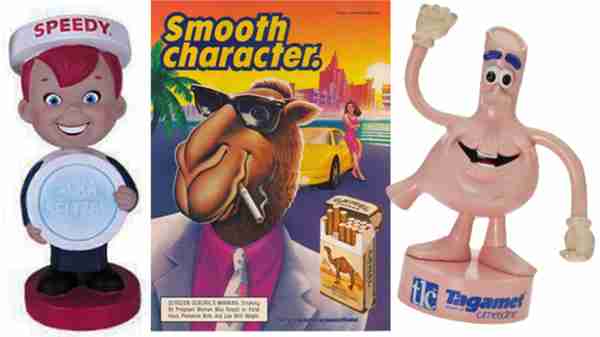 Medicine isn’t food either, is it? Alka Seltzer is kind of the antidote for food if you think about it. In addition to a memorable jingle and soothing action shots of tablets fizzing, the brand had its own spokes guy, Speedy.

Cigarettes are definitely not food, right? And certainly not for kids. Never mind the Flintstones shilling Winston cigarettes in TV commercials in the early ’60s. Of course, the most egregious spokes dromedary was Joe Camel, who swears he wasn’t trying to lure kids to the cool, rebellious life. The backlash against Joe was so severe that not only were cuddly characters banned for tobacco marketing, pretty much all cigarette advertising and sports sponsorships were forbidden.

The greatest spokes organ of all time has to be the Tagamet Tommy. Yes, he’s an anthropomorphic stomach. Which begs so many questions, like does he have internal organs? We’re going to say “no.” 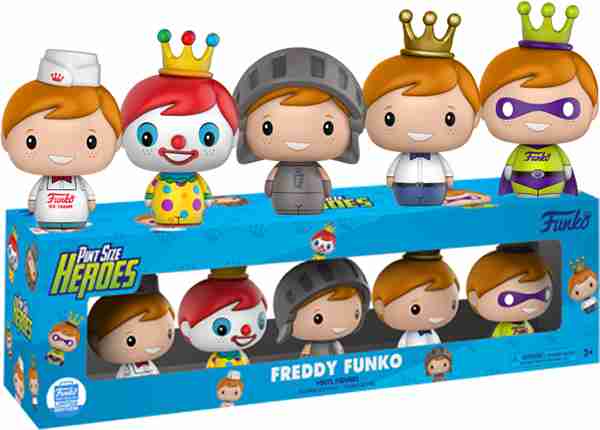 Of course, a lot of the collectibles seen here are Funko products.  Their company spokes figure Freddy Funko has taken on a life of his own over the last twenty years. He started out as a large scale store display Wobbler, and has since appeared in more costumes than you can keep track of. A character created to sell figures of characters created to sell other things… no wonder King Freddy wears that crown.

What are your favorite non-food spokes characters and mascots? Let us know in the comments!