In another big step towards becoming the definitive source of info for anything and everything collectible, hobbyDB has added Furby to our database. As in every single variant of Furby ever made. The Furbies Database includes over 200 of them. The talking ones, baby ones, video games, and accessories.

Furby first appeared in 1998, just in time to become THE holiday toy craze of the year. Furbies are sort of a cross between a hamster and an owl in colors both loudly whimsical or inspired by nature.

The big appeal, of course, was that they not only talked but learned and interacted with the owner and other users. In fact, despite their partly invented speech (called Furbish), they were programmed with a real vocabulary, translated to 24 different languages worldwide. Over 40 million of them were sold by Tiger Electronics in three years. Baby Furbies appeared in 1999 with higher voices and an increase in cuteness. 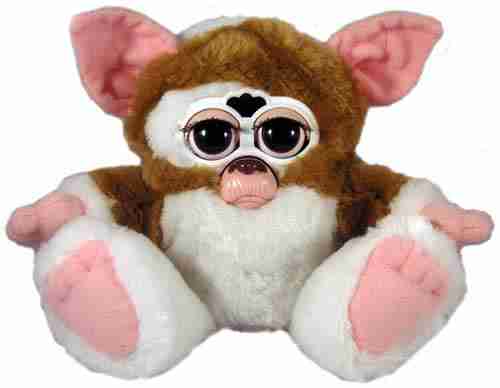 The National Security Agency banned them from government offices, however, fearing they could be used as recording devices, even though they didn’t have that capability. (So in a way, Furby predicted Alexa and other modern household devices). Also, the makers of the Gremlins movies sued them over the design at one point. They managed to work things out doing a special Gizmo themed Furby at one point. 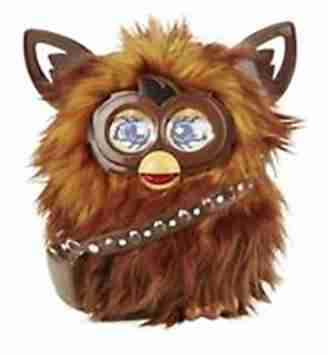 Hasbro revived the brand from 2005-07, with some upgraded features. They began speaking only Furbish, but “learned” new words in English (or their new native tongue depending on where they were sold), and replaced the old with the new. They also had more expressive facial features due to more sophisticated robotics.

One of the great things about the Furby listings on hobbyDB is that our database connects them with other brands and characters, such as the Furby-powered Star Wars characters or Garbage Pail Kids cards.

Furby has since come back in 2012, this time to stay. Hasbro once again upgraded the expressiveness through eyes (and ears) that could show additional emotion, as well as an expanded vocabulary. There is also an online component, which is the sort of thing the NSA once again raised their eyebrows at.

The current run of Furby is the longest in their two-decade history. We have them all online at hobbyDB, and we (along with all of you fans) will keep it up to date with new developments.

Of course, we know there are always collectors who might know just a bit more than we do, so if you can think of one we haven’t listed in the Furbies Database, please add it for us.