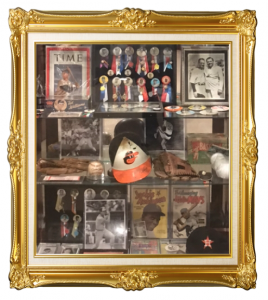 Marshall Fogel heard a variety of colorful names when he began amassing his collection of baseball memorabilia. In the days before sports collecting was a five billion dollar industry, not many of those names were very flattering.

“Now they just call me eccentric,” smiles Fogel on the front porch of his home, guitar within easy reach by his side.

A more appropriate title for Fogel might be the Sultan of Swag as owner of arguably one of the most valuable baseball memorabilia collections this side of Cooperstown. 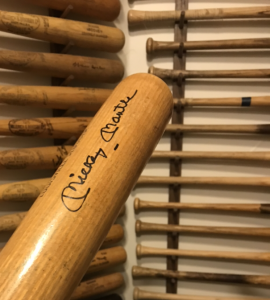 Leading Off: The Collection

Fogel rekindled his love for America’s pastime in 1989 when he walked into a sports memorabilia convention in Chicago and left with the first of what would become hundreds of artifacts.

Over the next three decades, the collection grew to tell the history of the game with items ranging from the Cincinnati Red Stockings to Derek Jeter.

In what can best be described as a heavenly collection that emerged from an Iowa cornfield, you’ll find an original print of Babe Ruth’s hand, original images of Jackie Robinson and Cy Young, and game-used gloves worn by Sandy Koufax and Pete Rose.

Lest we forget the mirror formerly owned by Joe DiMaggio that the Yankee Clipper hung on the hallway wall of his San Franciscan apartment. That mirror came with an original photo of DiMaggio, depicting Joltin’ Joe gazing into his own reflection.

And so much more.

That’s in addition to hundreds of autographed game-used bats originally wielded by members of the Baseball Hall of Fame and players of note throughout history.

Fogel hit a grand slam when he purchased a piece of baseball card collecting lore, adding a pair of PSA 9 1952 Mickey Mantle rookie cards to his collection. 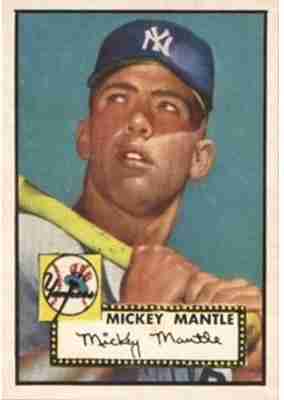 He eventually used the sale of those two Mantle rookie cards to purchase a GEM MNT version of the same 1952 Mickey Mantle — Fogel’s favorite player.

The card is one of just three in known existence and is considered just as valuable, if not more than the 1909 Honus Wagner T206, which is widely considered the other holy grail of baseball cards because of their rarity.

There are only three GEM MNT 10 versions of the 1952 Mickey Mantle in the world. Fogel’s GEM MNT 10 Mantle is considered the “Holy Grail” of the three cards because of its color, sharp cornering and perfect center.

Today, Marshall’s 1952 Mantle is valued in the market around $12 million and finds itself protected by the watchful eye of armed guards when displayed in public.

Not that Fogel needs much protection. After all, the former deputy district attorney spent a week during the summer of 2009 training with the Israeli army as part of an exclusive program open to few outsiders.

If someone were to get past Fogel, they’ll have to contend with his good friend and former Denver Broncos offensive lineman Evan Mathis — who sold his Mint PSA 9 1952 Mantle for $2.88 million in the spring of 2018. 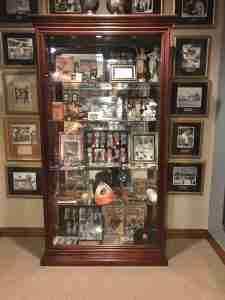 As Fogel’s collection expanded, so did his interest in photography. In particular, original images that captured the essence of the game. With the addition of each new original Lou Gehrig or Babe Ruth photographs to his collection, Fogel’s passion for original Type1 images only grew.

It was Fogel’s authentication process that essentially created the market and industry for original Type1 sports photography, including a patenting process.

In 2005, he teamed with Khyber Oser and Henry Yee to publish a book that offers a definitive history of baseball told through photos, news-services and the photographers themselves. Check out “A Portrait of Baseball Photography” on hobbyDB by clicking here. Fogel’s love of the pen also inspired him to author a book on World War II on Major General Maurice Rose.

Bring in the Closer: Collecting Tips

When it comes to building your collection, Fogel recommends collecting horizontally, as opposed to vertically.

That means a fan should choose four or five of their favorite players or teams and collect the best items related to those subjects.

A fan of the New York Giants, for example, can focus on subjects such as Willie Mays, Christy Mathewson or Mel Ott and find the best items of those players that their collecting budget will allow.

“You have to know your history,” Fogel says, while showcasing a framed piece dedicated to Game 3 of the 1932 World Series, better known as the Babe Ruth Called Shot game. 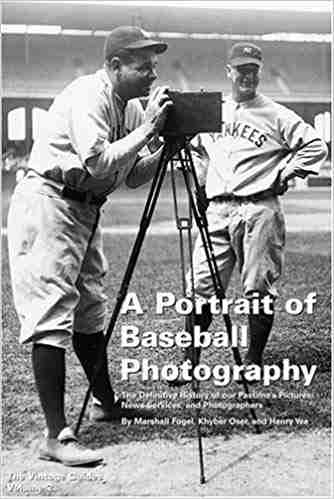 The Ruth piece is one of many that features a Type 1 original photo and is accompanied by several other items, such as an original ticket stub, game program or some other artifact from the event.

None of the pieces come pre-packaged together, explains the self-professed “addict for condition.” Pieces such as these can take years, patience and more than a fair share of diligence to comprise the snapshot of history that it is today.

“You can’t rely on third party info for validation,” added Fogel, “It’s always great to get the back story on this stuff.”

Fogel’s collection doesn’t remain locked away in some basement.

He routinely sends items for display at museums, such as the Yankee Stadium Museum. That’s where you’ll find one of Fogel’s personal favorite items, one of the last bats ever used by Lou Gehrig.

Fogel’s “Play Ball” gallery — along with the Mickey Mantle rookie card — went on display in the summer of 2018 at the History Colorado Center in honor of the Colorado Rockies’ 25th anniversary.

His collection is meant to be shared, examined and admired. For Fogel, the true wealth lies in the humanity of the sport and its parallel with the everyday man.

“You can see the personality on this bat,” Fogel says while showing off the nails and scuff marks that pockmark a bat swung by Ty Cobb several lifetimes ago.

Fogel has essentially retired from adding more items to his collection. These days he’s content to sit back and soak in the words passed on by Gehrig himself on that fabled 1938 bat to a kid named Jerry.

“May you use this to better advantage than I did.”

Rest easy, Iron Horse, your bat is in trusted hands.

The admiration shared between Marshall Fogel and hobbyDB is a mutual one based on our respect for each other’s craft.

A resource such as hobbyDB has been long-awaited, says Fogel, who is enthusiastic about helping out with advice on sports memorabilia and more. 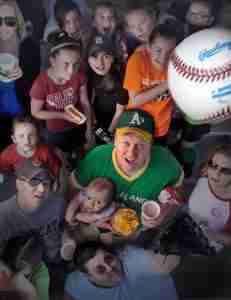