Meet Tony Karamitsos, Car Designer: 1/64, 1/1 and Scales In Between

As hobbyDB grows into new collectible territory, diecast remains one of our most important core categories. Over the years we’ve had a chance to talk to a lot of legends and heavy hitters in the industry to find out what makes them tick. Tony Karamitsos has been a designer for several important brands over the last couple of decades including Johnny Lightning and Round2. 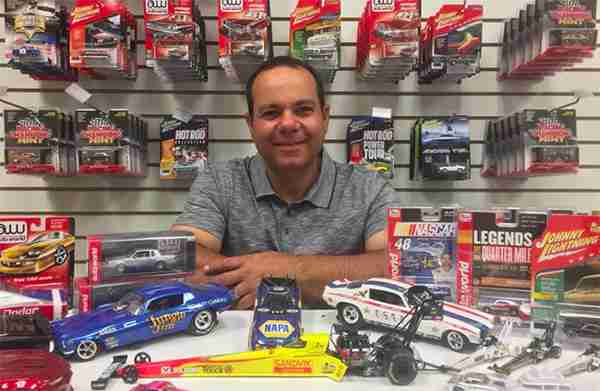 Tony’s first job in the industry was with Playing Mantis in 1999. The company had recently started reissuing some of the original Johnny Lightning Topper models and was fairly new to creating fresh diecast designs for a new millennium. 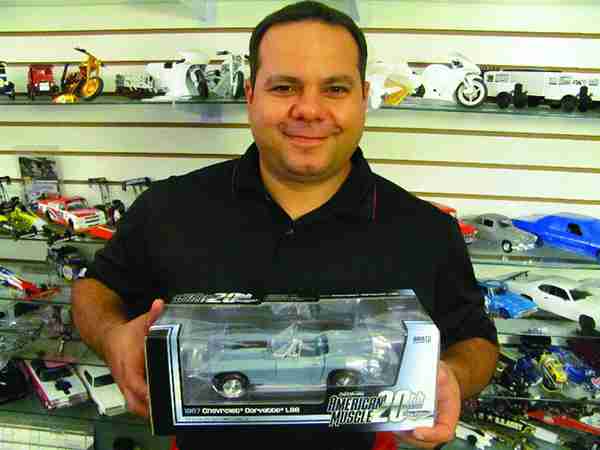 His career is a natural fit for someone who has had a lifelong passion for cars. “I’ve always had a huge passion with small scale and 1:1 scale cars since I was a kid,” he said. Though it’s not his job, he builds real 1/1 scale cars in his spare time. In fact, several of his own cars have been the basis for scale models over the years. His ’69 Camaro became a Johnny Lightning casting, although it has since been modified to more of a pro-street look. It’s one of the perks of helping to decide what cars get produced in scale. (We’ll cover some of his other Chevy cars in an upcoming article)

Tony has been designing die-cast cars non-stop since those days at Playing Mantis. When the JL brand was sold to Round 2, he went along in 2005. As diecast Brand Manager, “ I oversee the employees, layout specs for 1/64 & 1/18 die-cast programs,” he said. “I’m responsible for all tooling development and graphic design for numerous programs.”

That makes him responsible for AutoWorld models, known for their accurate models of mostly stock automotive offerings. They are also known for taking chances on cars that haven’t been oversaturated in diecast, such as mid-1970s Buick wagons and quirky but interesting early 1960s Chrysler designs.

Over the years he has had a hand in designing hundreds of highly detailed die-cast replicas for numerous scales for other well-known brands including, Racing Champions, American Muscle, Legends of the Quarter Mile, slot car replicas, as well as other resin models & model kits which are all currently owned by Round2.

For all his efforts, Tony was inducted into the Model Car Hall of Fame in 2017.

He has never forgotten his childhood roots in his hobby… er, career. “The oldest model I have is an original Topper Toys Johnny Lightning Mako Shark,” he said. “I also collect GI Joe, He-Man, and Thundercats.” His other non-automotive interests include being a DJ (you can follow him on Instagram @DJ_Grind1). 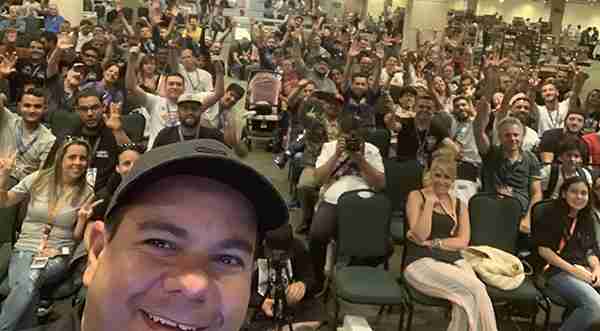 In the meantime, He’s on the lookout for interesting cars that haven’t been overexposed in the diecast market. “We have a lot of new 1-64th tooling in the works,” he said. “We’ve announced a couple so far… a Dodge Stealth and a Chevy II Wagon. But I’d like to keep the others under wraps for now.”

Interested in joining forces with hobbyDB to take charge of our collectible destiny? Learn more at our Wefunder profile.

Would love for him to design some cars in 1/43 scale. I’m into O gauge trains and 1/43 to 1/50 scale and really see a lot of cool cars just not in the right scale for us hobbyists. Maybe do some Barris cars including but not limited to the Munsters Koach and The CAR from the movie of the same name. And maybe some from the American Graffiti movie, like the yellow 32 deuce, 58 Impala and 55 Chevy 210. I know others have a version of some of these in 1/43 scale but they dont look anything like the ones from the movie. I’m not rich by any means but would love to see these out there with Green Machines and the like.

My 5 year old grandson is obsessed with these small trucks, boats and trailers, I’ve purchased MANY of them for him, he can’t get enough of them, he uses them in the summer on his water table, makes a boat ramp for them, thank you making his days so happy!