The world of vinyl art toys is full of weird, wonderful creatures, some of them mass-produced, some limited, and some that are truly one of a kind. Thanks to John “Spanky” Stokes, hobbyDB has an influx of many of these characters, especially from the rare end of the spectrum. 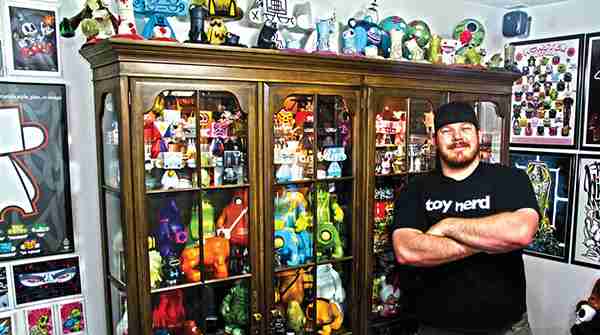 From every direction, Stoke’s studio is full of wonderful, weird creatures. 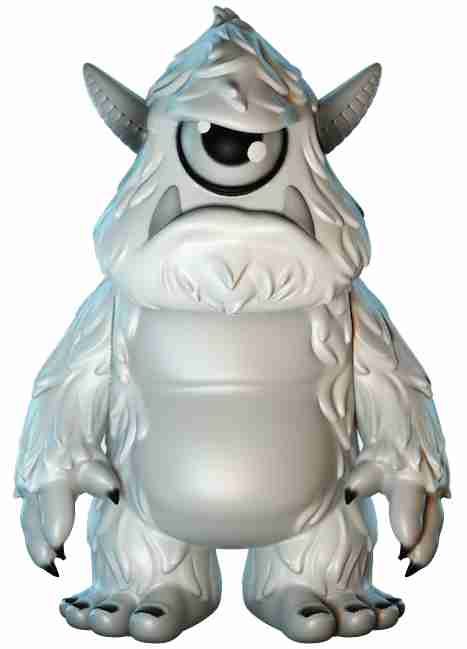 Stroll, the lovable mascot of Spankystokes.

Stokes runs his own blog, Spankystokes.com, about vinyl art characters, with an emphasis on unusual custom jobs. “The philosophy behind my site, from the very beginning, has been to spread the word about the Designer Toy world,” he said.” To help promote artists who don’t have a voice and to just share how cool and unique all of these amazing creations are!”

While his website is frequently updated with news about cool new items, none of it is cataloged and cross-referenced to make it very searchable. That’s where hobbyDB comes in providing his site with a  handy database. So far the database covers Kidrobot and Superplastic but there are plans to expand it adding eventually every designer Spanky wrote about (which will then also come to hobbyDB!).

“When I first got into the Designer Toy scene, I started my site as a personal blog and did not post much Designer Toy news on there,” he said. “But as soon as I became more and more fond of the scene I not only started to write about the things I found interesting but also dove into the customizing scene.” 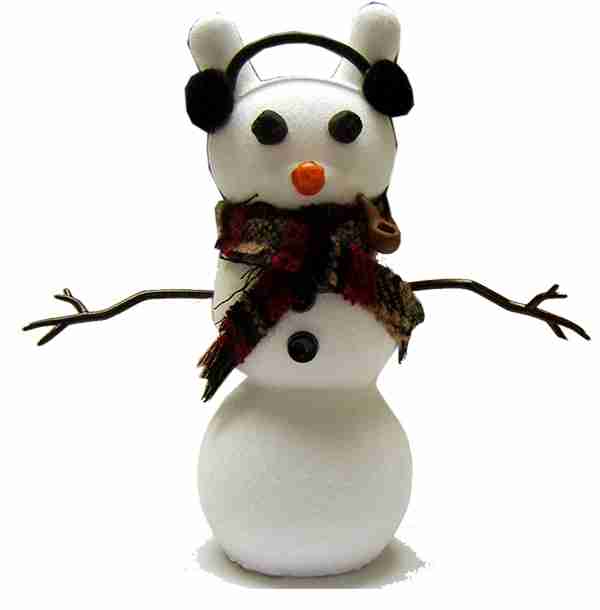 His interest in such figures stems in part from his own custom work, too. The site’s mascot is Stroll, a cycloptic, furry yeti.  “I created monsters, really furry ones with gnarled teeth and drool. My dad liked the way they looked so much that I guess it crept into his subconscious,” Stokes said. “Dad named him Stroll, a combination of Stokes and Troll. Stroll has been immortalized by Kidrobot in Dunny form.

Stokes started customizing in 2007, going strong until 2014, when his daughter was born. “I really want to get back into it as I crave that creative outlet… but having recently moved, I am waiting to build a new studio so I can have a dedicated space – once again – to get back into the swing of things.” So for the past few years, his blog has been the focus of his hobby.

Luckily, since he had a website for those years, he has a pretty detailed record of his work, straight from the horse’s mouth but without the fog of time. His new database will really enhance his ability to keep it all organized. 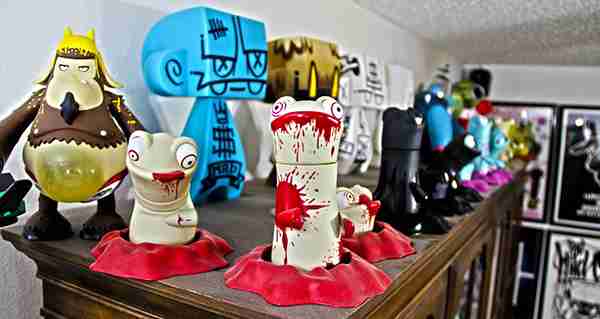 His work really revolves around creatures, kinda gruesome for the most part. “I have a lot of fun making those as I can manifest the cool monsters that I have been dreaming about since I was a young child. I always loved fantasy/sci-fi type things growing up, and played my fair share of AD&D along with Magic The Gathering, and on top of that – so many rad comic books and movies have inspired me as well.”

He started customizing with Kidrobot Dunny figures, mostly with decoration. His figures have become more complex and scratch-built ever since. “I start off, most of the time with a base platform… Dunny, Munny, MAD*L and everything in between, then build on top of that with a 2-part epoxy called Magic Sculpt,” he said. “I normally have some type of eyes involved and those are cast glass, so they find their way into the epoxy compound as well. Then I paint using acrylics along with airbrush vinyl paint. Lastly, I cover certain parts of my creations with faux-fur.”

Stroll, the cycloptic yeti spokes character of many colors.

More recently, he has worked with resin casting so he can create limited runs of his creations instead of one-off figures. As his daughter gets older (she is five now), it’s likely he will find time and inspiration to get back into his studio and create. And when he does, expect to read about them at spankystokes.com!

As for his nickname, he got it in high school. “My offensive line coach though I looked like Spanky from ‘The Little Rascals’… and from that point forward, it’s followed me through all stages of life,” Stokes laughed. “Thirty-eight years old now… and everyone calls me Spanky.

Stokes has made a lot of friends in the vinyl art design world.

After a decade of running a Designer Toy blog and being involved with the scene in general, most artists, (“who I used to fanboy over”) are now his close friends. “I love having pieces by all of them in my collection as it reminds me of the great times we have all had… it’s also awesome to surround yourself with so many fantastic creations – I soak up this stuff like a creative sponge – looking around my office at all the unique creations really brings me joy!

Interested in joining forces with hobbyDB to take charge of our collectible destiny? Learn more at our Wefunder profile.

Hey Spanky, it was great to meet you at Designercon and I look forward to make this work!