Christmas Presents of Past Become Toy Collection of Present

Over the years, I’ve collected a lot of memories of Christmas that have shaped me in ways no one would have ever guessed when I was a little kid. While Santa is to thank for much of that, I should probably also thank my parents who at least took lots of photos along the way. So many fond memories.

Alas, a lot of those toys are only photos and memories, as they went away in the Great Yard Sale of 1974 before we moved from Wisconsin to Tennessee when I was eight. But some of those toys survived in my custody… and I still have a lot of them. 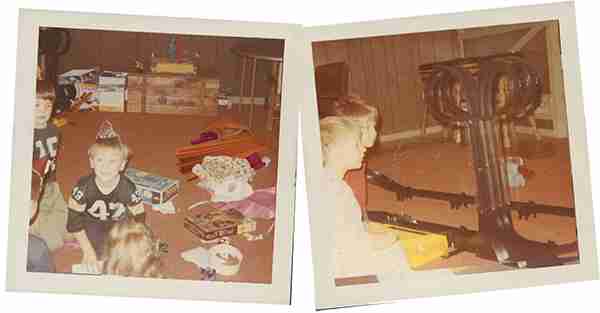 Hot Wheels galore – Orange track. Maroon tongue connectors. And those oh so colorful cars. I was only two when these debuted, but had quite a few of the originals by the time I could start remembering those things. The track showed up under the tree a couple years later. I still have an original Rally Case full of my Hot Wheels cars that survived the sandbox well enough to still be recognizable.

Johnny Lightning cars – Speaking of track, one year I got the Cyclone 500 track set. JL made a surprisingly wise calculation on how to add speed to tiny diecast cars. Hot Wheels relied on gravity and motorized boosters, but the folks at Topper put hooks on the bottom of the cars that could be snagged by the drivers and slingshotted around a track and into towering loops with a flick of a lever. Yeah, I had that set. I don’t have it anymore, but a few of the cars are still along for the ride.

Tonka Crater Crawler – Tonka’s large scale construction vehicles are staples of many fond childhood memories. Like a lot of kids, I had several of them. But my favorite vehicle of that scale was a bit less utilitarian… it was the Crater Crawler, a moon buggy molded with gray tires and sparkle blue plastic body panels. Doesn’t sound Tonka tough? I still have it in remarkably good condition despite the fun play heaped upon it.

Kenner SSP cars – I’ve written about these several times for hobbyDB. I had about six different models of these gyro-wheeled racers, all of which got scraped and bashed on driveways and basement walls. I still have one original, the Sidewinder, from then. About twenty years ago, I worked on completing the collection… right now I have about 85 different models of them. I guess that got out of hand.

Tyco Spirit of ’76 train set – My father had American Flyer trains since I can remember, and I wanted my own train set for just as long. To celebrate the American Bicentennial, I got this Tyco set with the very patriotic livery that Seaboard Coastline had applied to one of their real locomotives. And yes, I still have every bit of that train, although it hasn’t been set up in decades. Maybe it’s time to fix that. 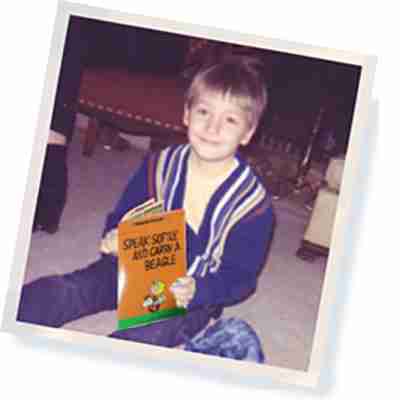 Peanuts “Speak Softly and Carry a Beagle” – A surprisingly non-transportation related present. When I was a kid, Grandma Ruelle worked for a comics publisher, Gold Key, who did the Disney, WB, Walter Lantz, and Depatie-Freleng comic books. And I relished them, copied them, actually got sort of good at it. So my parents… I mean Santa gave me a copy of the latest “Peanuts” book by Charles Schulz. Mid-1960s to late ’70s Peanuts is about as good as comic strip writing gets. Yeah, I still pull that one out and flip through it every now and then.

Lego Auto Chassis (Set 853) – Hard to believe the Lego Technic sets have existed since the late 1970s. This was game-changing stuff from Lego, a set with axles, universal joints, pistons, cams, and gears. The car was a huge model of a front-engine, inline 4-cylinder, 4-passenger car. I still have it, but, over the years, the parts got rearranged into this…

Five years ago, I brought a few of these toys to an interview for a role on the hobbyDB project. Let’s just say I almost didn’t need a resume after I pulled them out of my 1969 Hot Wheels lunchbox (which was not a Christmas present, so it doesn’t count here). 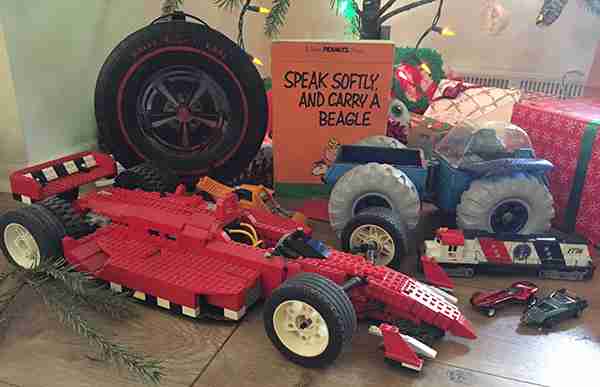 What are your favorite toys you got for the holidays as a kid that you still have? Post some vintage pics in the comments if you have them!

All great toys!  How did I miss that JL sling-shot thing???  I was into HWs more I guess back then.   Is that you in all the photos?  What nice memories!

Returning home for Christmas Break from my first semester at Indiana University in Bloomington,  IN in 1976-77, I found, or didn’t find, my original Hot Wheels Snake & Mongoose Drag Race Set, in the box, was gone! So were my Tonkas, Buddy Ls and Nylint trucks. What happened to them?!! Mom. She donated them to the church rummage sale. Thank you Jesus, she let me keep my cased Hot Wheels cars.

Bummer and really sorry to hear! Do you have a photo of what you list?