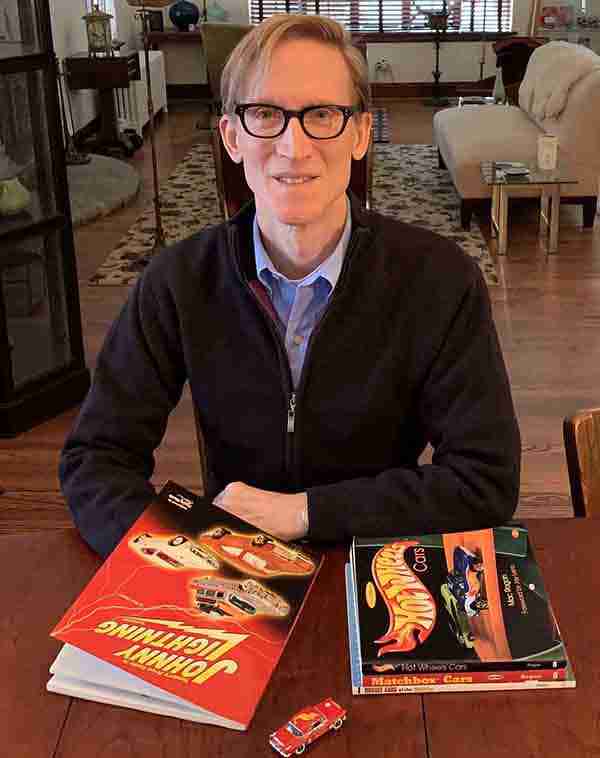 Over the past couple of months, hobbyDB has been featuring the stories of some of the folks who bring you the diecast cars you know and love. Mac Ragan is well-known for his work in the diecast vehicle industry over the last couple of decades (he was inducted in the Model Car Hall of Fame, then still called Diecast Hall of Fame in 2010), but he got his start as an avid collector and historian of the hobby.

Many collectors know him as a Johnny Lightning designer and Brand Manager (with Playing Mantis and RC2, from 2003 to 2007. He was also GreenLight’s New Casting Director from 2007 to 2008. His life with toy cars goes back to the 1990s when he became a book publicist in New York City. “A background in art history helped me secure a job at the exclusive art-book publisher, Harry N. Abrams, Inc.,” he said. “My responsibilities included getting new books reviewed and featured in magazines, plus securing spots for authors on television shows.”

After a few years, he decided it was time for a change in his career. He was already a long-time collector of toy cars, so he decided he wanted to photograph them. His mother bought his first camera in the late 1990s. “These were the final days of film, and the camera was a fully manual Nikon FM2. My idea was to photograph cars from a child’s vantage point, and treat them as objects to be played with by children and admired by adults,” he said. By this time, he was on the road to creating his own books.

Given his tight connection to JL, the Matchbox and Hot Wheels titles may come as a surprise. “You need to make contacts at the brand, no matter what kind of toy-car book you’re creating. I wrote all of my books before I worked in the industry, but I couldn’t have done it without the help of current and past employees.”

Mac would have a second career at Johnny Lightning. The brand disappeared for a while, but Tom Lowe revived it at his new company, Round 2. Mac returned to meet up with much of the original crew in 2015. “This time I was Director of Social Media for Johnny Lightning, Auto World, and Racing Champions Mint. My photography skills came in handy on the new websites as well as the Facebook and Instagram pages.”

He left Round 2 in 2017 to focus on his collection, and feature it on Facebook (@macragan) and Instagram (@macragan500). “I primarily collect 1/64-scale toy vehicles from around the world. My favorite toys replicate everyday cars we see on the streets. Four-door sedans and station wagons are favorites, from the 1960s to present day.”

Among his favorite JL creations are the 1955 Chrysler C-300 Mexican Rally Racer, 1936 Hispano-Suiza, and the 1959 De Soto Fireflite Police Car. He is also fond of the Johnny Retro series, with colorful tinted transparent lacquer over brushed bare metal, and the later Holiday Classics assortments from 2004 to 2007.

At GreenLight, Mac is proud of a change he helped institute for the overall brand. In 2008, they went to smaller, more accurate tire and rim molds for many models. “I consider this my most valuable contribution to the GreenLight casting bank,” he said. “It was priority number one from my first day, as I felt that the pre-2008 wheels and tires were often too large.” His favorite designs from that brand include the 1971-1974 AMC Javelin and AMX, and the 1960s Dodge D-100 Pickup casting and over-the-cab camper.

Even before he was on staff at Round 2, he helped develop several early castings. Among his favorites are the Auto World 1970-1974 Dodge Challenger and 1970 Mercury Cougar (“My chance to improve on the old Johnny Lightning Convertible version!”)

“My parents told me that I played with toy cars from the age of two,” Mac said. “That was in Auburn, Alabama. My favorite real car, at three years old, was apparently the Karmann Ghia. The first toy cars I remember was a set of plastic European vehicles, all about four inches long. I soon graduated to Matchbox toys and then Hot Wheels cars.”

Surprisingly, JL was not his initial inspiration as a childhood diecast fan. “Although I’m closely associated with the Johnny Lightning brand, my first love will always be regular wheels Matchbox cars,” he said. “I played with them in my early childhood, and these happy memories remain with me to this day. From the modern era, my favorites are Johnny Lightning, Tomica, Siku, Norev, and Auto World.”

Like many collectors, he is attempting to recreate the lost collection of his childhood. “I gave all my cars to a younger neighbor when I was 11 years old,” he said. “I began truly collecting after college. Although I have a few models from the late 1950s, the core of my collection begins in the mid-1960s.”

As a child, he collected other things as well… rocks, seashells, coins, and stamps to name a few. “As an only child and the final member of my family’s branch on the tree, I ended up with many inherited ‘treasures,'” he said. “Paintings by my mother and a close friend cover the walls of my home. I’m a casual collector of art pottery and contemporary ceramics. However, I don’t consider myself a serious collector of anything other than toy cars.” 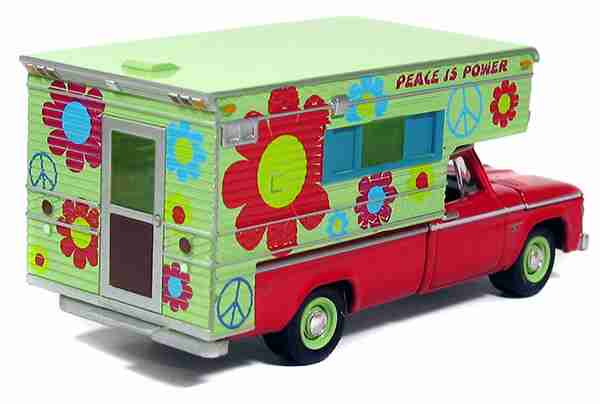 The collector and designer come together whenever Mac wanders over to the toy aisle at a store that carries diecast. He can’t help but scan the pegs looking for his handiwork. “I always do that,” he exclaimed. “I did that when I was designing and I still do. Castings have long lifespans, and I continue to find GreenLight models with wonderful new deco schemes on castings I created over ten years ago.” 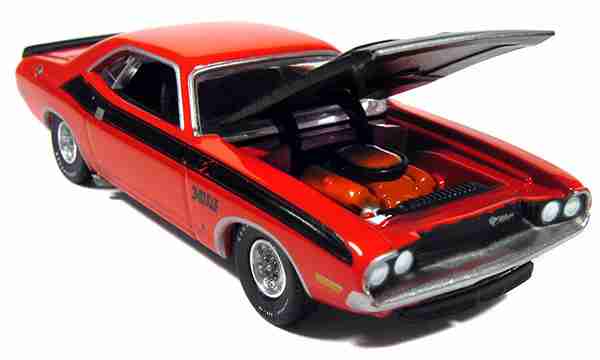 Clearly, he has been fortunate to turn a lifetime passion into a successful career. “For me, my toys tell the story of the automobile (and more broadly, popular culture) for the past 60 years. It’s something to pass to the next generation after I’m gone.” He finds the hobby relaxing as well. “I know that when I enter the die-cast aisle I’m transported to a calmer place. I forget about all the stress of everyday life.”

“It’s not always easy to know why you collect. But if you think about it sometime when you have a quiet moment, you’ll probably learn something important about yourself.”

Mac – Nice article about your passion for Diecast Cars. Thanks for being a big part of our fun Diecasst Car Hobby.

There are many of us (diecast collectors) that would love to walk in his shoes. Perhaps some have by the point of many years of collecting through searches of the diecast isles for those creations.

If ever the opportunity to meet him personally, I would thank him for his perspective from multiple avenues (manufactures of diecast cars, books, periodicals) that makes the hobby so enjoyable.

Thanks to the hobbydb blog for this article.

Thanks for all of your contributions to this great hobby, Mac. If anyone out there is looking for a great introductory book on older diecast toy cars, track down Diecast Cars of the 1960’s. Lots of great info on a variety of manufacturers, and lots of photos. Shout out to Bud Kalland-hope all is well old friend!

Very interesting article. I appreciate all of the contributions you’ve made to the hobby I love.

Love Mac’s work and have all his books. Thanks for sharing this with us!

Mac has contributed a great deal to our beloved hobby. He has also been a great help to me over the years with information. I met Mac in 2010 at the Super Convention in Las Vegas and still feel honored to be able to see him inducted into the Diecast Hall of Fame!!!