Musings By Joschik
Christian Braun obsesses over collectibles, models and toys more than the average person, but (he believes) in a productive way. Documenting collectibles has been a passion since helping his brother writing a guide on Siku models in 1987.

Bert Jan Nijhuis has been a Volvo driver since he is 17 years old.  He already had been a Volvo collector, in fact, he has been collecting Volvo models since he was 8 years old.  Naturally, Sweden was their vacation destination and Volvo and ABBA were his youth.  In 2013 he founded the Volvo Model Cars Facebook group which now also has an Instagram and Youtube presence.  The group has almost 9,000 members and designers at DNA, Minichamps, Norev, OttO, Scalemasters but also executives at Volvo Cars and the Volvo Merchandising in Gothenburg that follow the discussions. 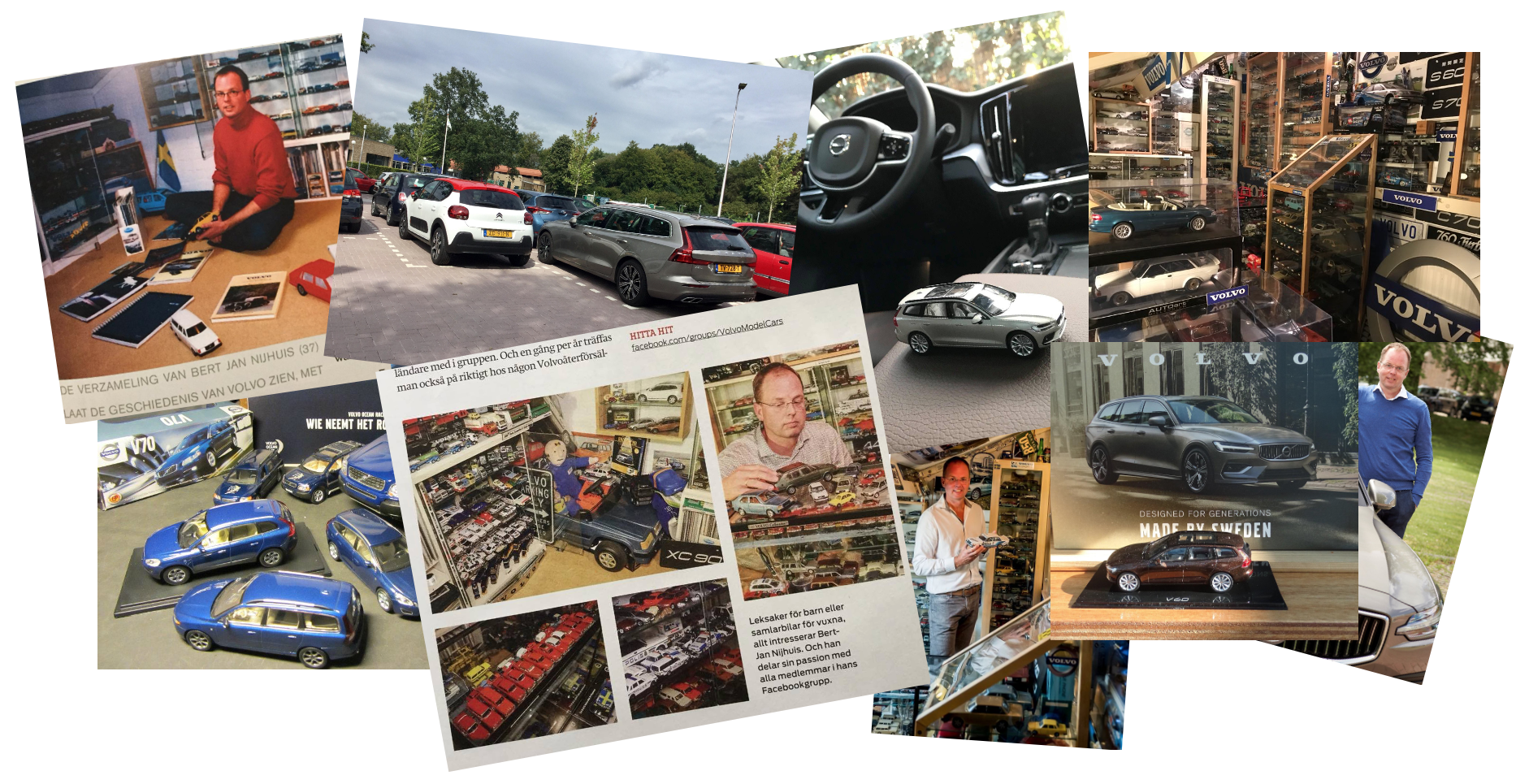 I recently spoke to him about their annual Volvo Model Car of the Year contest.  The group became a Community Supporter of the Model Car Hall of Fame (which I share).  We then discussed a group project, a Volvo database and agreed to build it together.  It is now housed on a new website, naturally called www.volvomodelcars.com!  The group is now comparing their spreadsheet with almost 6,000 Volvo models with what is already on hobbyDB and is adding what is not.  We look forward to many more Volvos on hobbyDB!

And Bert, don’t take it too hard that your wife is driven a Citroen!  Anybody wanting to create a Citroen database?  Or any other database?  Here are the ones we already operate.