A couple weeks ago we introduced you to Tim Bruckner, who spent about 20 years sculpting DC action figures and statues for DC Direct (now known as DC Entertainment) and other companies. We barely scratched the surface of his stories, so here’s a look at some of the design processes he went through in his career. 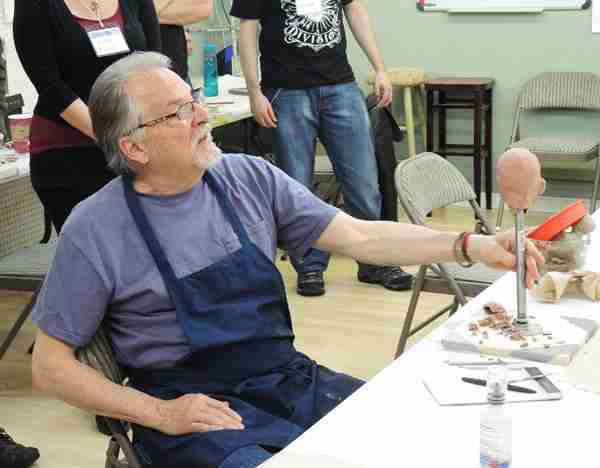 His sculpting roots go back to his childhood. “I used to take those wax bottles with the juice in them (Nik-L-Nips) and play around with the wax and create all kinds of sculptures,” Bruckner said. He showed them to a neighbor across the street who happened to own a jewelry store. “He was impressed enough that he hired me as an apprentice when I was a teenager,” he laughs. That lucky break led not only to honing his finer wax sculpting skills, but also an understanding of the molding and casting processes.

This Robin paint master is for sale on hobbyDB right now.

For those of you who collect model cars, the original sculpting is usually a subtractive process, where the artist starts with a block of some material like acetate and carves away the bits that don’t look like a car. “Figure design is an additive process,” said Bruckner. “It starts with a blob of wax, and I shape it into the character mostly by adding material.”

For those of you who collect figures, he’s now selling some of his rarer pieces on hobbyDB as the_Sculptor. These include production pieces as well as various stages of preproduction models. It’s a chance to own a bit of DC history as well as a one-of-a kind original piece for your collection. 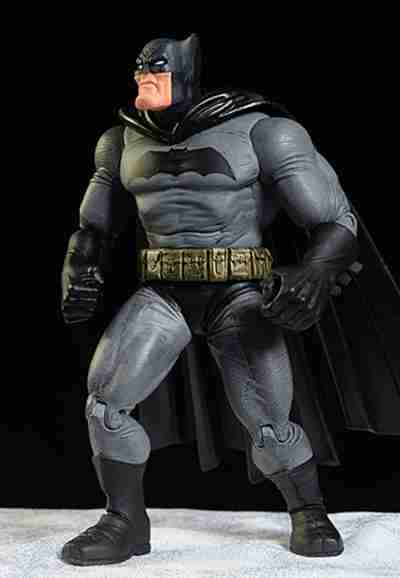 You can get this Batman action figure directly from Tim Bruckner.

Another difference between the two types of collectibles: Model cars are often sculpted with details such as the grill and windows in place. How those are divided into separate pieces is usually determined at the factory instead of by the artist. In addition to the original wax figure, Bruckner had to determine points of articulation, and how to separate the figure into multiple parts. “For poseable figures, I create a fully-functioning prototype with the joints worked out.” If that sounds complicated, yeah, it is. “After you’ve done several of them, that part gets a lot easier,” he said.

Much of the diecast world is headed towards 3-D modeling and prototyping, which has its advantages in speed and accuracy. “Since a statue of a character is organic in design, it’s still somewhat common for sculptors to make their molds the old way. “With the advent of 3-D design, that skill set is evaporating,” he said. “Hopefully digital sculpting and hand carving can coexist.” Even for static statues, he has to figure out what parts can be molded as one and what needs to be a separate part.

It may look finished, but this is a hand-painted prototype available from Bruckner.

Many of his figures are interpretations of drawings, which may have varied thought put into how a particular feature would be rendered as a real-life object. Sometimes an item like a hand, which might be molded in a different color, becomes a separate piece.

After approval of the shapes, Bruckner was responsible for painting the master from which the production pieces would be colored. “These statues are hand-painted in the factory, believe it or not. My painted prototypes were usually pretty spot-on,” he said. “They have to rely on a perfect example to copy, so it needs to be very accurate.” A lot of color breaks, such as the logo on Batman’s chest, are rendered in relief or as grooves or ridges to make coloring easier. A close look at his Red Skull master shows how much intricate detail can be involved. 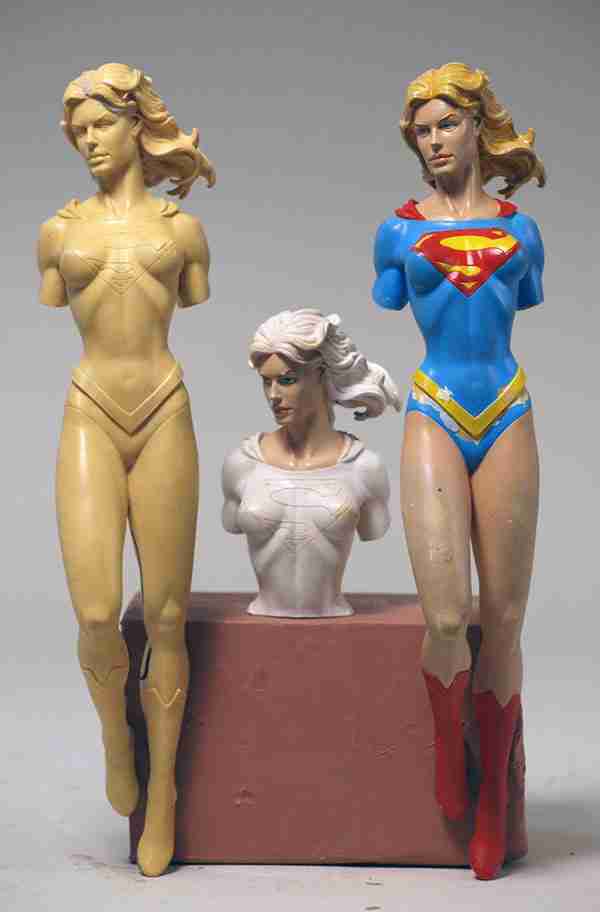 These three stages of the development of the Supergirl statue are for sale together.

In some cases, they are only part of the model, but otherwise, it’s really hard to tell them apart from the finished production piece. He has even listed a 3 stage set of Supergirl prototypes that really show how the process takes shape. 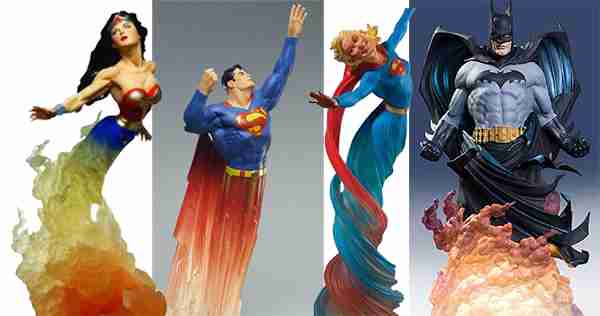 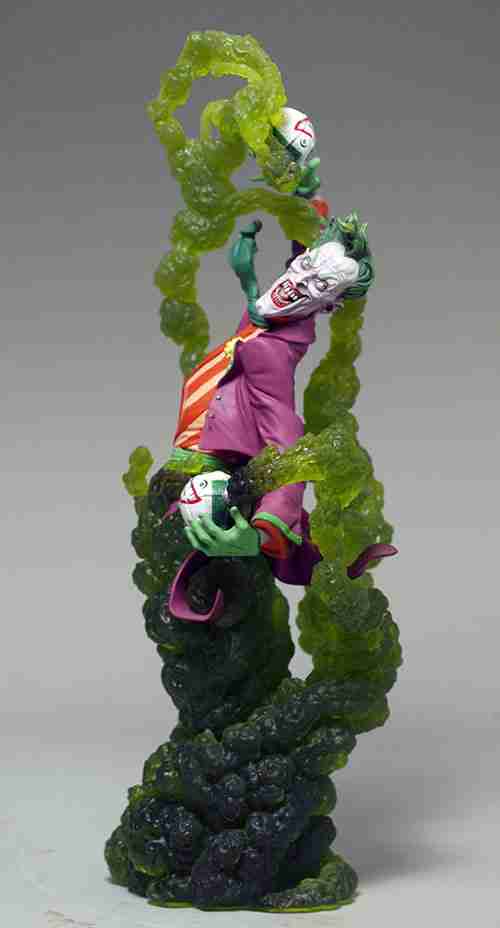 This Joker from the DC Dynamics line is from Bruckner’s private stash.

Those color breaks and separate molds can lead to some great opportunities for design. “My favorite statues are the DC Dynamics line,” he said. For those, a character such as the Joker is seen rising from a raging swirl of green slime. The shapes themselves are lively, but he was able to use translucent material for the goo, adding to the realism. “Being able to work with clear materials for water, smoke, or flames really helped make these even more realistic.”

Speaking of lively, dynamic shapes, there is a lot that goes into deciding every nuanced detail of a character’s pose and facial expression for these figures. We’ll take a look at some of the designs and decisions that go into the final product in an upcoming article.