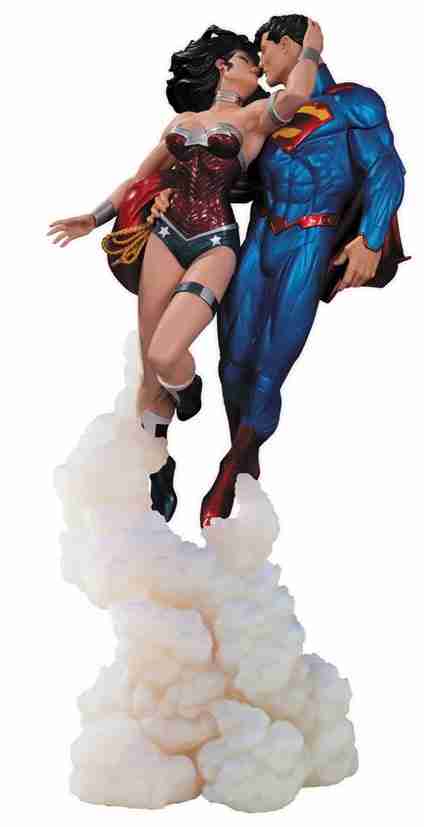 “The Kiss” is one of Bruckner’s finished pieces currently for sale.

A few weeks ago we introduced you to Tim Bruckner, who spent about 20 years sculpting action figures and statues for DC Direct (now known as DC Entertainment). As his career there evolved, he spent more and more time on statues instead of poseable characters. A lot goes into the decisions on how to represent a figure the best way.

“The artist or art director has decided on a pose and facial expressions before I start working,” Bruckner said. Illustrations of the basic concept, such as Superman about to kiss Wonder Woman might be done specifically for the project, or they might come from actual comics panels. “Then all I have to do is recreate that in three dimensions.”

“Some of the artists like Alex Ross, with a more realistic style, require more reference,” he said. “But Ross always had so much material to work from for any character, so it was never a problem” In addition to the specific artist’s renderings, photos of people in action poses provide clues to getting muscles and angles just right. “We have to decide what ‘makes’ the character and brings it to life.” 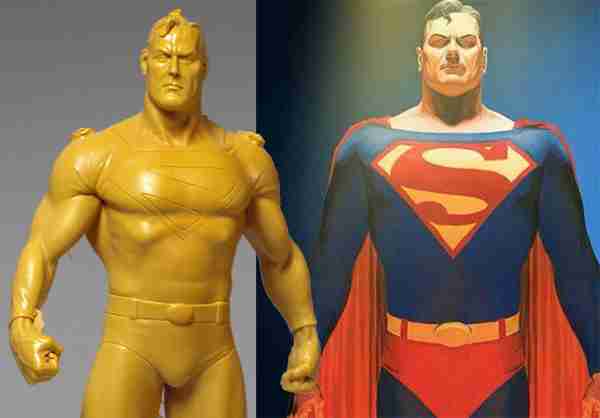 There is no shortage of Alex Ross renderings for a sculptor to work from. This prototype is for sale by Tim Bruckner.

Bruckner is offering various stages of prototypes like this paint master of Green Arrow.

In a few cases, the design might not be based on any particular comic or live version of a character. “In the Superman and Lois Lane sculpture, he’s based loosely on the Christopher Reeves era of the character,” Bruckner said. “But it’s not an actual rendering of the actor, just a new way of designing him that looks familiar to collectors.”

At that early stage of the process, Bruckner would work in clay that could be bent or adjusted slightly if someone suggested a change. After those decisions are settled, the next stage is the perfectly detailed wax figure that will ultimately serve as the basis for the molding process. Several of these early prototypes are for sale in his hobbyDB Marketplace shop. 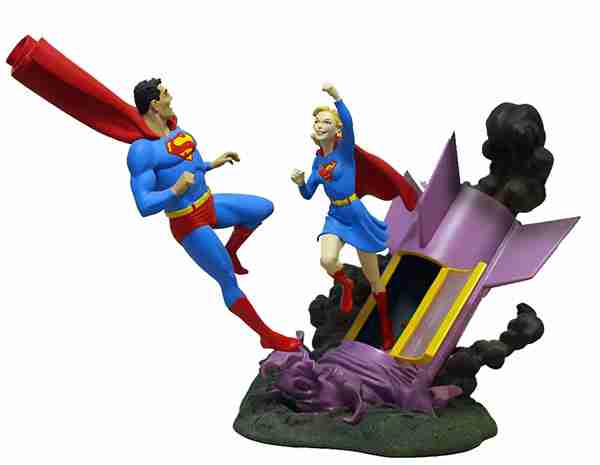 Bruckner’s sculptures have a feeling of motion, often from different directions. You can get this one directly from Bruckner on hobbyDB. 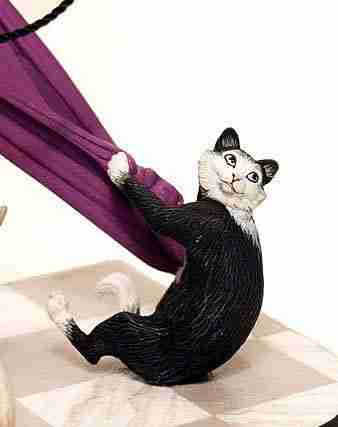 This playful cat is one of the hidden structural elements that hold up a pin-up statue of Catwoman.

Unlike an action figure who will be posed by the customer, a sculpture needs to capture a moment in time but still look like it’s moving. “This pose has to stand for everything about the character,” he said. You want something that says ‘this is Green Lantern,’ and it has to be convincing. Fans will let you know.” Aside from a moment when a superhero is proudly standing in triumph, they are usually seen in action. Bruckner’s statues are well known for conveying motion, action, tension, and lightness.

That last criterion is one where Bruckner has always excelled. “You want to give the illusion of weightlessness. A character running might have just the tip of their foot touching the base of the statue. Or Superman might be just landing, with the tiniest contact point to the ground.” He is particularly fond of a statue of Green Lantern fighting Sinestro at the peak of a mountain. “Sinestro is the only one touching the ground, and he looks like he is falling, about to lose contact. Green Lantern is only supported by points where he is making contact with his foe.” Often the support comes from an unexpected direction like a cat tugging on Catwoman’s dress. 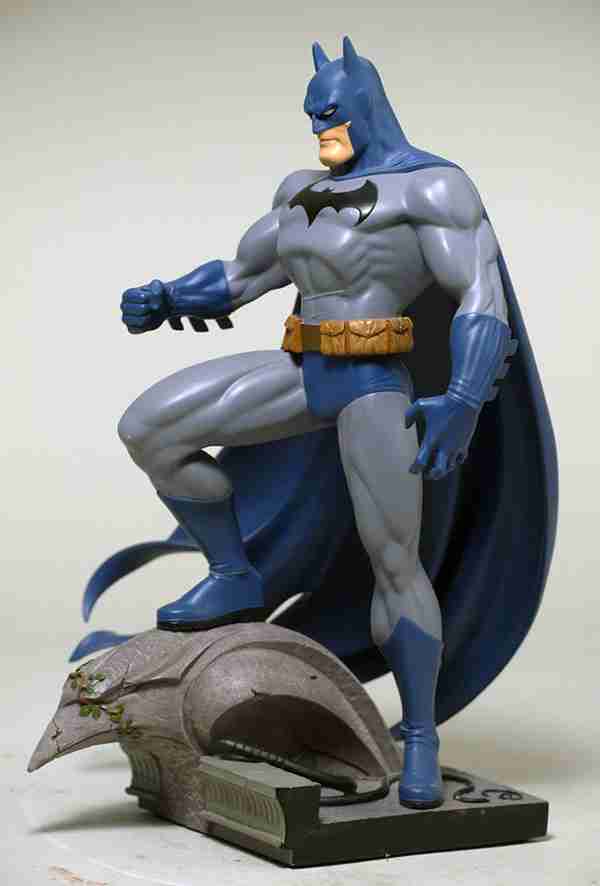 Another trick for the weightlessness is that these figures are almost never mounted on a plain base. It will be something key to the environment of the scene, or an iconic prop. Such support pieces help remove the figures from being perceived as “static.”

Despite many of these characters being wildly proportioned, strange-looking, even non-human, Bruckner believes the human connection is what makes it work. “Each pose does represent a human experience,” he said. “If an artist has done that well, the collector can put himself in that experience by looking at this piece.” Bruckner insists that pop culture can be in danger of losing that human connection but doesn’t need to. “As an artist, it has to mean something to me, or it means nothing to everyone else.”

We’ll be taking one more look at Bruckner’s work in a few weeks, much of his work before and after his DC years.