In 1970, Kenner’s SSP Smash-Up Derby toys crashed their way into the rec rooms of kids everywhere, inspiring good, wholesome vehicular violence (you remember the jingle, right?). Fifty years hence, there’s Wreck Royale from MGA Entertainment. This series of seven vehicles are designed for explosive impact and maximum chaos with multiple parts that fly off when crashing.

Loud, chaotic, fun! That’s the name of the game here, and these new cars deliver. 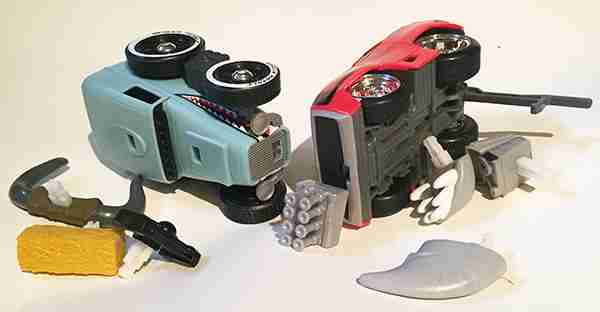 The aftermath of an explosive collision…

Wreck Royale consists of seven different cars designed for crashing, reassembling, and repeating. Luis Tanahara designed the look of the cars. If his name sounds familiar, he has worked for a number of toy companies, but diecast collectors might know him better for his wild custom small-scale creations.

Double Trouble and King Cra$h are sold as a set.

None of these models represent a particular real-world car, but they all call on Tanahara’s expert familiarity with the tropes of car culture. There are a couple of muscle car-inspired rides, a pair of Euro and JDM tuners, a ‘30s hot rod sedan delivery, a vintage pickup truck, and a custom van. The graphics on each car further tell the story of those different automotive subcultures. Most of them even feature unique California-inspired license plates representing different eras of that state’s car culture.

Of the initial seven vehicles, only one body is used twice. And with different graphics and fly off parts, it takes you a while to notice. In fact, of over 30 parts, only a few of those molds are used more than once and decorated differently each time. Wreck Royale shows even further dedication to design effort with certain cars having unique rims or tires. 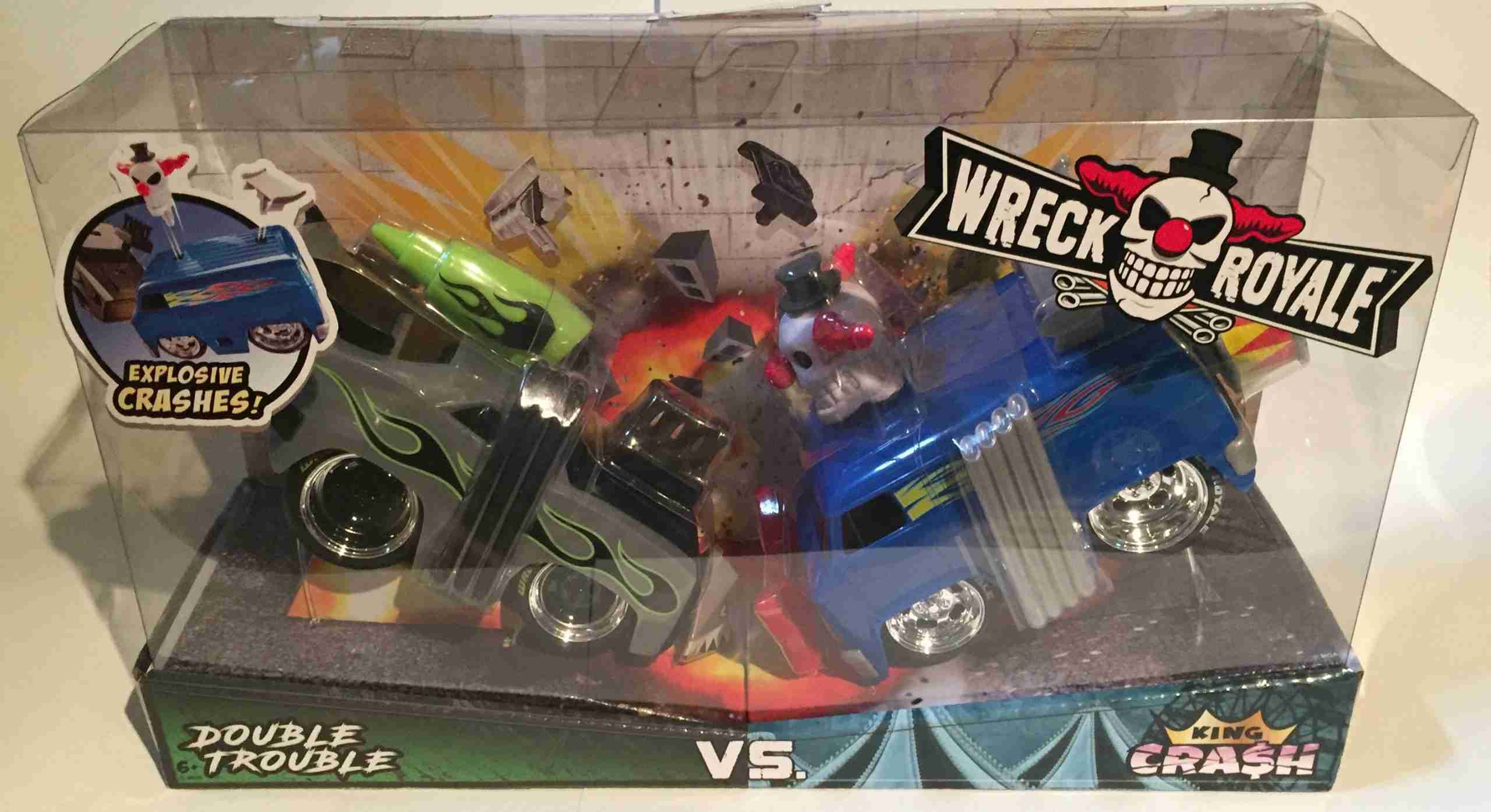 The packaging is well done, too. Each car sits nose down as if it had just rammed into something, and the design elements on the labels fit the theme of each car.

While kids should love this kind of noisy fun, it should appeal to adult collectors as well. If you’re of a certain age, you had those original Kenner SSP Smash-Up Derby cars. The first set of those pre-dented racers was an instant smash hit. Kenner would go on to create 8 different body styles over the decade, including a pair of luxury cars that didn’t come pre-mangled and two European models.

Tooned Out versus Meatloaf!

Unlike the ripcord/gyro wheel propulsion of the SSP cars, Wreck Royale cars ar free-wheeling. Another difference is the new cars have interchangeable parts. Not only can you swap parts between cars, but any part can fit in any slot in the front, back, hood, roof, or sides. Between seven cars, 32 pieces, and six slots per car, the combinations are almost infinite.

But we’re really here for the action. And it lives up to the hype and then some. (Be sure to watch that video at quarter-speed or even slower again to really see those parts fly!)

Each Wreck Royale vehicle has a trigger in the front that sets off a violent expulsion of parts. At the same time, a trigger underneath the car launches or flips the whole thing into the air. The first time you see it in person, it’s startling. The parts don’t fly off as much as they explode. Reassembly is easy, once you learn the sequence of resetting the trigger and adding the parts. So with no tiny parts and a bit of education, these can be enjoyed by younger kids. 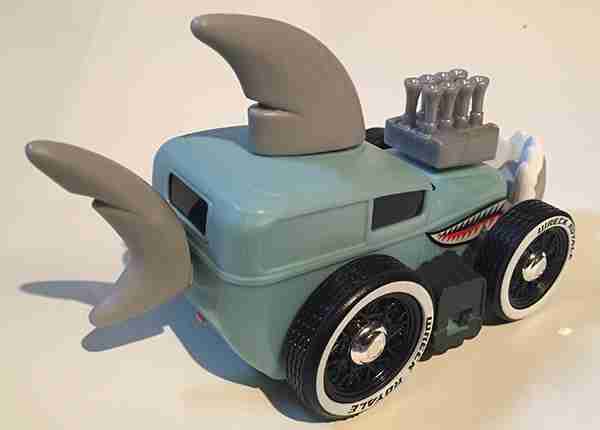 Ricky Rodder is a 1930’s sedan delivery with shark features.

Most cars are sold individually, retailing at a reasonable $10 or so apiece. The Big Boss and Double Trouble are sold as a pair, with each containing two more fly off parts than the single cars. (It’s also worth noting that the media kits for these toys came packaged in a brilliant semi truck shaped box, which should become a collectors’ item in its own right.) 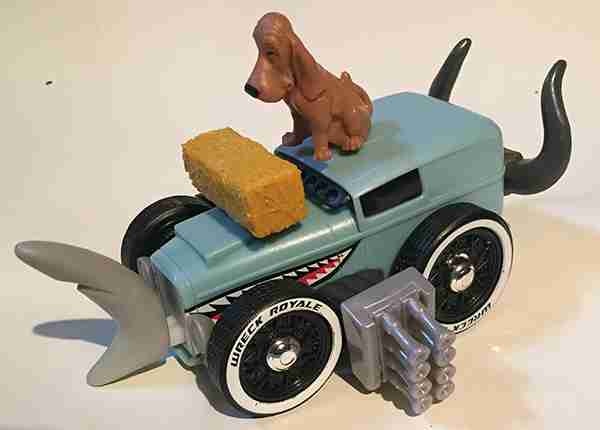 There are unlimited ways to mix and match parts with Wrecky Royale.

The world of collecting can be funny sometimes. The toys we remember most fondly as kids are often the ones we played with the hardest. But as collectors, we look for pristine, well-preserved examples to display years later. Wreck Royale makes a case for ripping those boxes open and having a smashing good time.

Do you have these new cars or any vintage smash-up vehicles? Tell us about your memories with your destructive playtime!