For some collectors, these are the subject of what they collect, for others the cause of much financial and emotional pain. In particular new collectors are often taken for a ride and if your collecting theme is popular with some high-ticket items then it is imperative that you learn about the different types of hustles that you might come across.  So here are the “Bad Boyz” of collecting  –

Until the 1970s, it was quite customary to copy other brands’ products with some companies doing nothing else.  This entailed buying a toy, taking it apart and using the parts as a negative for a new mold.  Here is a typical example of that, in this case, a Matchbox copy.  The plastic Morris Minor by Hong Kong’s Blue Box is a copy of a Matchbox model  – 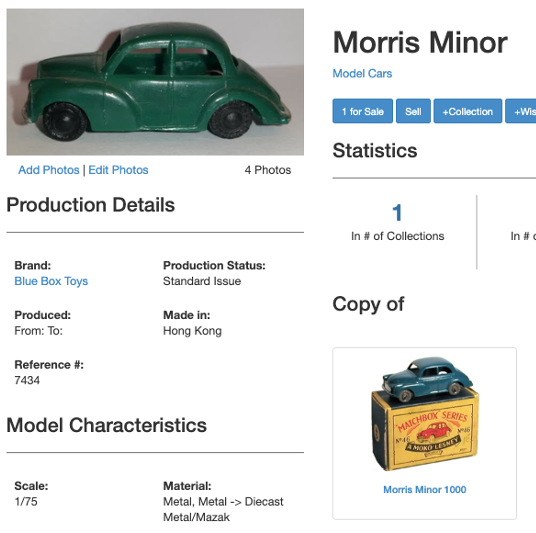 2. Passing off as another Brand

Copies have now been mostly replaced by the Pass-off.  Here, for example, Hot Wheel (note, not Hot Wheels!)  –

These products are generally not available in Western markets (one of our members spotted Hot Wheel in Georgia, the former Soviet republic and not the home of Coca-Cola collectibles).  And another Argentina-based member shared Popipo vinyl figures with us  – 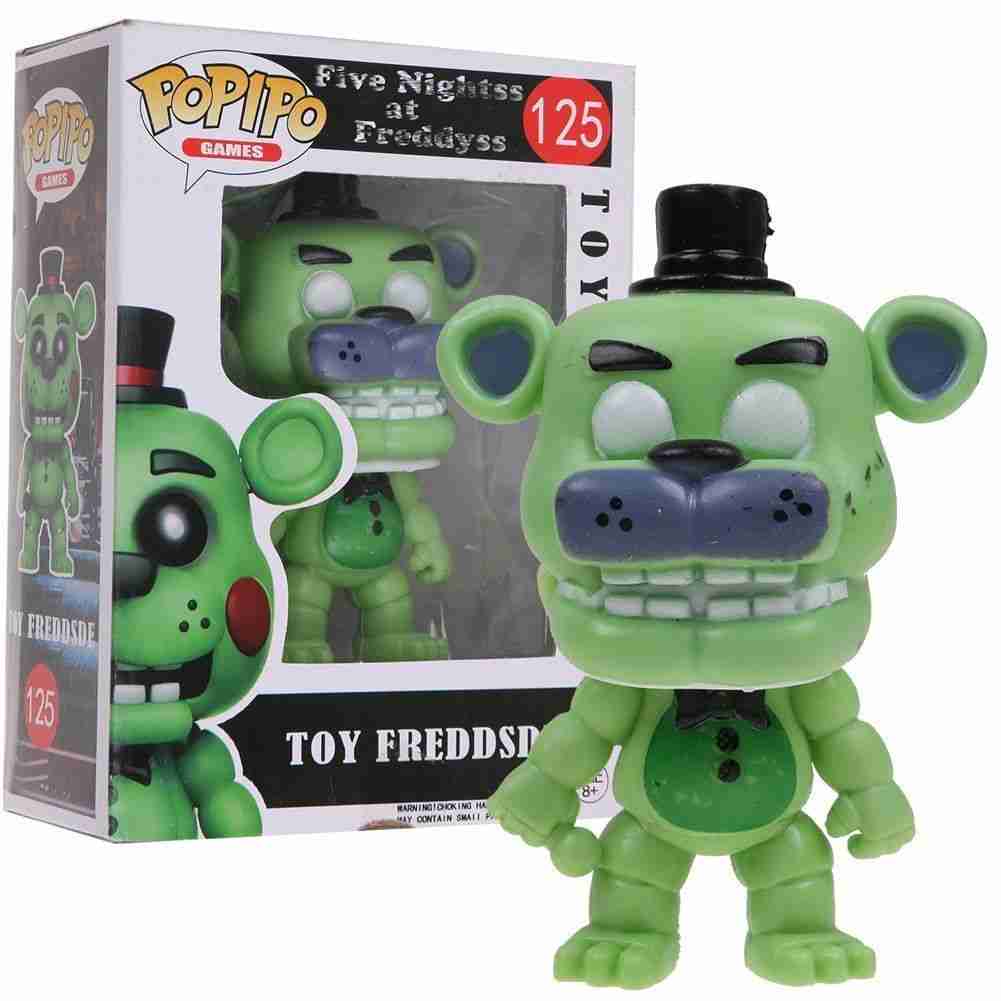 They are clearly based on branded products (not sure why this one is called Freddsde versus say Freddy Fazbear) but fool nobody and are picked up by parents that either want to save money or when the original item is just not available.

These come in different forms such as Repaints, Restickered, Recards and a combination of the other three forms – the Made-up item. 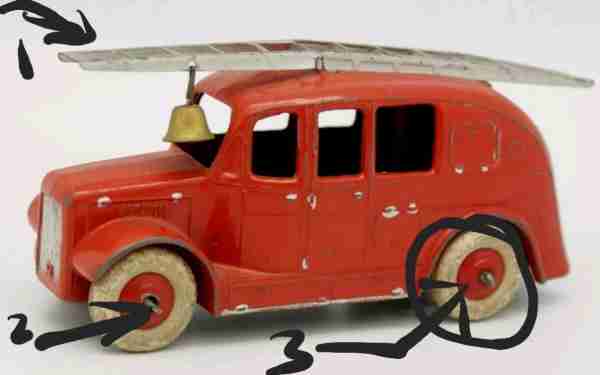 Probably some of the easiest fakes are sticker variants.

Corgi Toys sold a number of its normal production Minis to a Danish company called Jensen. The only distinguishing feature is a paper decal with the logo of the company. These stickers are easily recreated making it very hard to know if you get the original promo model. 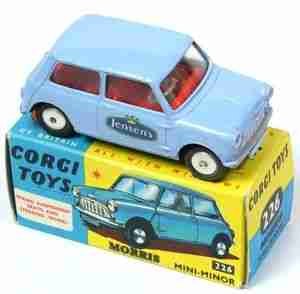 With Funko, it is even easier as you can buy almost all of their stickers on eBay and Etsy (but not on hobbyDB!).  Here is a current eBay listing (it is even Sponsored!).

It is obviously very easy to change a shared exclusive (value $29) into an SDCC 2015 Exclusive (value of $55).  And that is the only reason why people buy these stickers – shame on these other sites to support this kind of fraud. 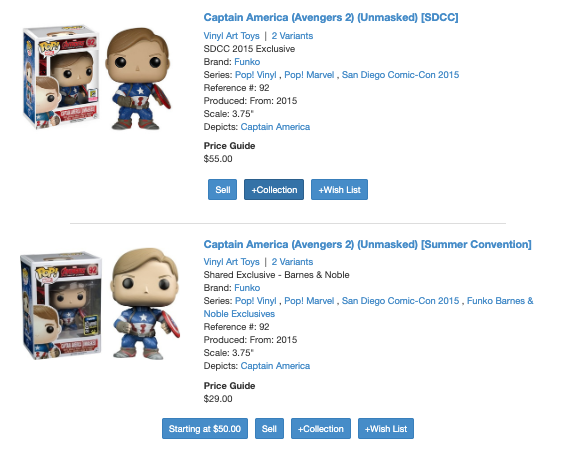 This Hot Wheels Redlines VW Bug from 1968 is actually a genuine model and so is the card.  But the combination is not, it is a Recard.  Somebody created it.  We allow hobbyDB users to share this information with detailed information on how to spot them.

You can only see this item at the same time as the genuine products (i.e. you have to click on the overview of Subvariants) – 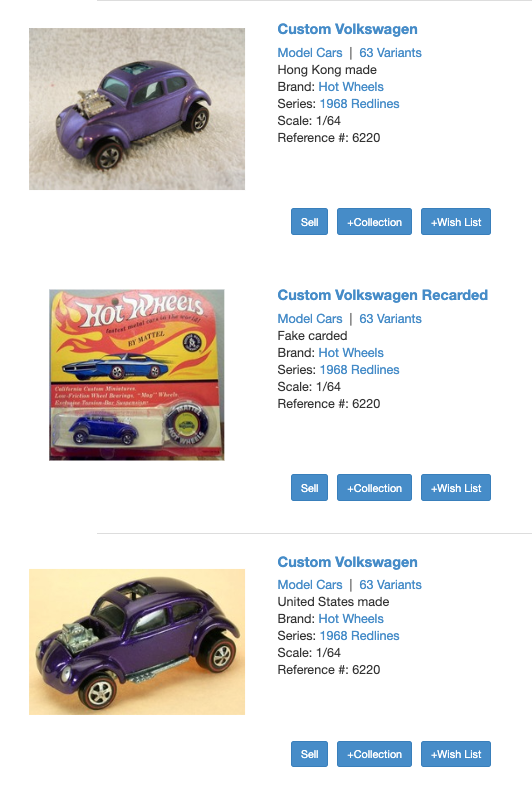 There was surviving correspondence between Omnisport, a general store in El Salvador, Central America and Dinky Toys in the 1950s, but an order to make the model was never taken up.  This car came to auction in 2009 after it was bought by a dealer from a customer who said he worked in South American and got it there.  It could be that this was a prototype shipped to the store in El Salvador for approval or it was made much later to benefit from the sensation it caused.  It sold for more than $10,000 to a private buyer – so we still don’t know (but our money is on the latter). 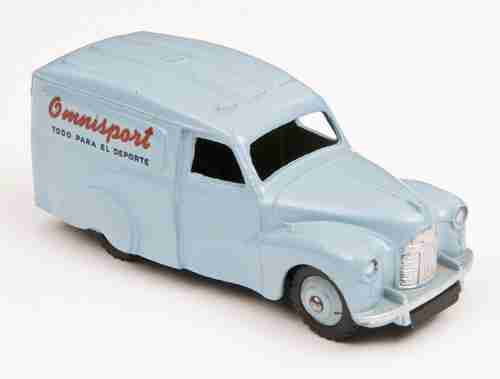 Often old forms are bought by other companies.  A good example is Brinquedos Rei in Brazil that re-made Majorette and Schuco models.  Another example is Michael Mordaunt-Smith who bought some of the forms of Timpo Toys and now makes parts and sells them.  Brinquedos Rei made models in different colors and put its name on the baseplate and Michael is changing the colors so that his parts can be spotted as remanufactured items (these parts were originally produced in silver). 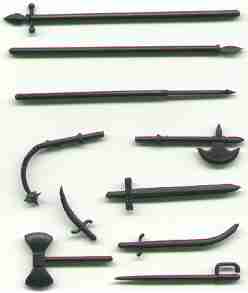 Sometimes the trademark holder (could be the same legal entity or a new buyer) wants to reissue models but the forms are lost or used too much and in these cases new molds can get created.  The best example of these is probably Atlas’ Dinky Toy Collection. 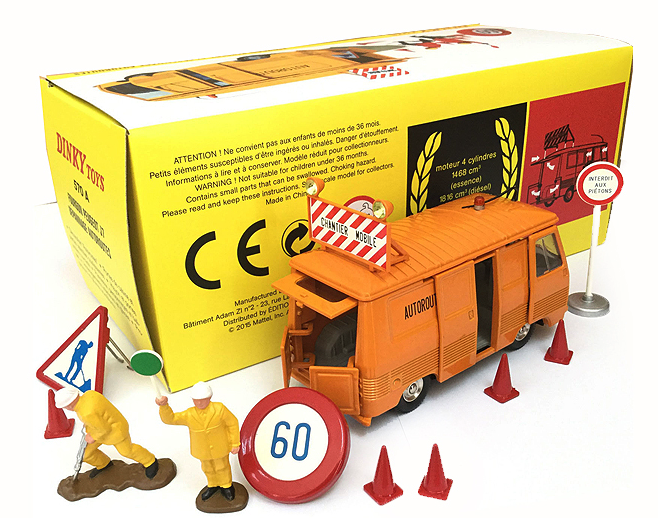 Either one is fine as long as products are marked accordingly. The problem is if unscrupulous folks repackage, age or otherwise manipulate these items or just preys on new collectors that just don’t know.

Perfectly fine is an instance where a dealer, manufacturer or distributor finds a stockpile or old merchandise or parts and sells them.  For example, the Salacious Crumb that came in the 1983 Kenner’s Jabba the Hutt Playset 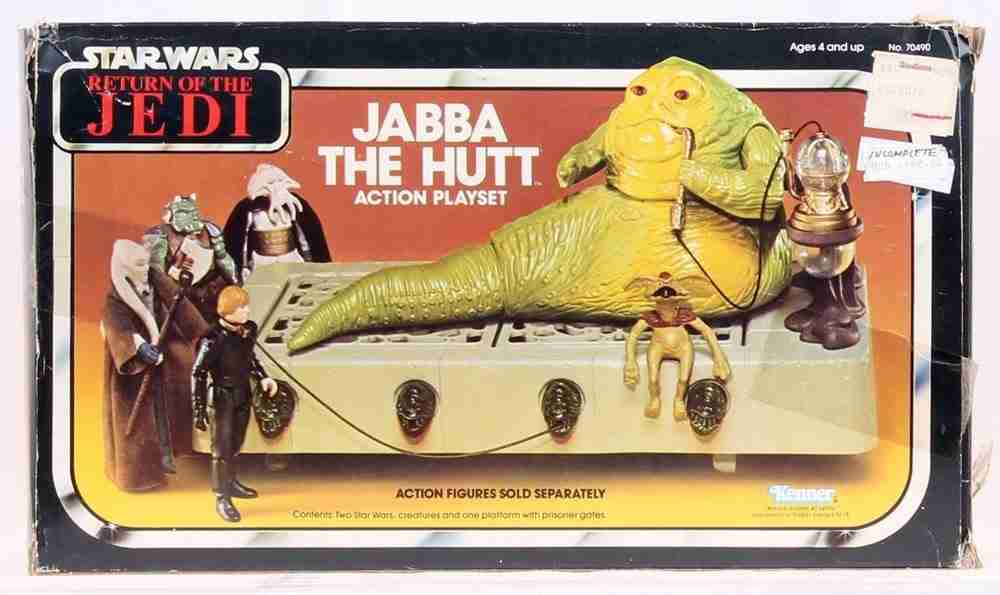 It used to sell for good money as the Crumb could easily get lost. 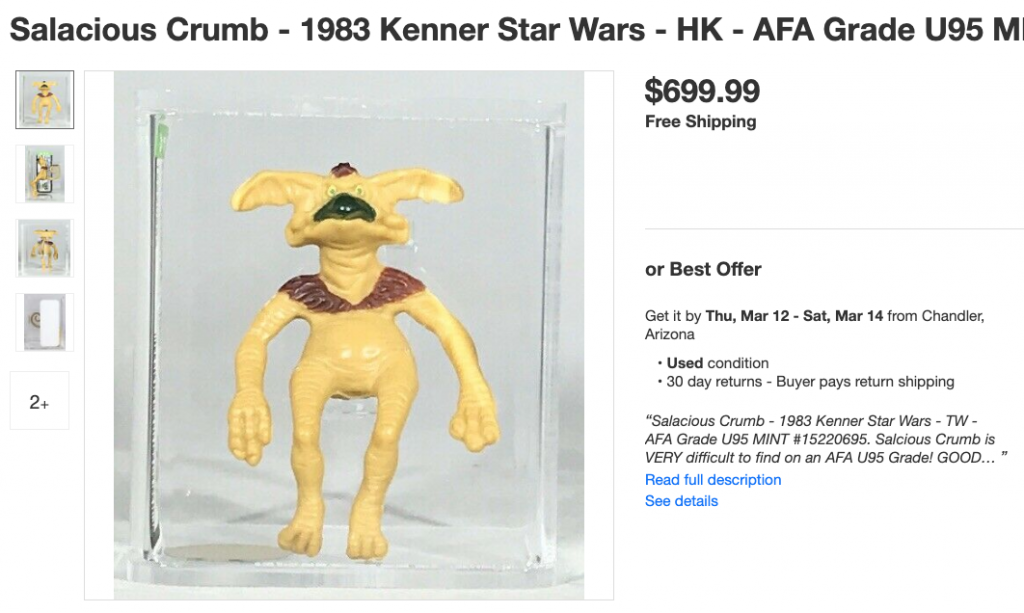 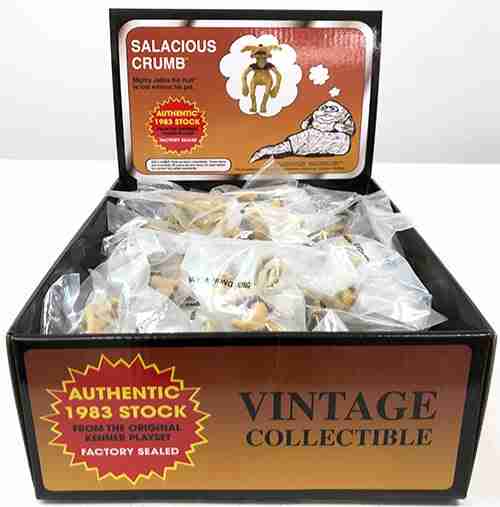 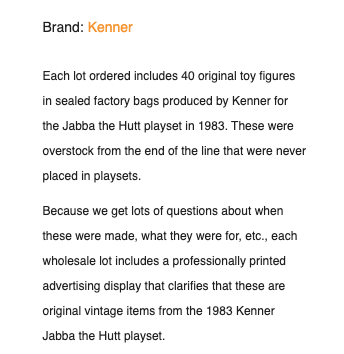 Another example is the Rosebud Factory find where a collector found 1,000s of very early Hot Wheels buttons  –

And while these are perfectly legit it helps collectors to know about these finds as it often influences market prices for items (simple economics with significantly more supply).  Generally, there is a collector site that provides the relevant information (for this find it is the excellent RedlineButtons site that reports about this fascinating find here).

Some figures, models and other toys are made but not licensed by their respective IP owners (i.e. no payment has been made).  When Christian met Marcel van Cleemput, Corgi Toys’ Chief Designer for over 30 years Marcel explained that no royalties were paid until well in the late 80s. Since then it has become part of the business to pay between 5 and 25% of the wholesale costs in license fees when making a figure of a pop culture character, a plane model or diecast car.  Licensors have won lawsuits in most advanced economies (the exception to this is Opel and VW losing lawsuits against model car brands in Germany). Collectors sometimes speculate about this but have no way of knowing if an item is licensed or not.

Here is an example of a business that was not licensed (the Hard Rock Cafe in Heidelberg, Germany operated for more than 35 years before it closed down after many years of litigation).  The restaurant produced a large number of pins  –

This next pin does it twice! It is neither licensed by Hard Rock Cafe nor by Disney  – 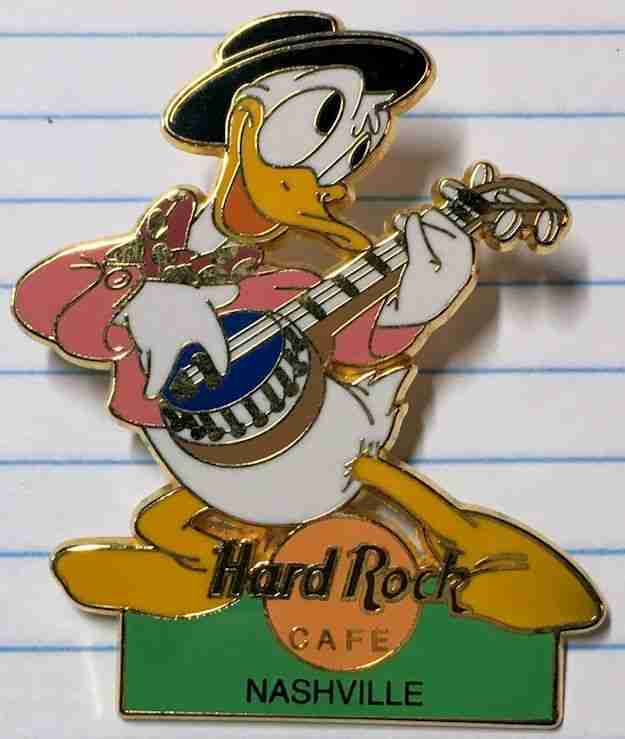 Sometimes these types of items have specific terms, not licensed pins are called Fantasy pins (and pins for Hard Rock locations that are not licensed but that had an actual restaurant under that name are called Renegade pins).

How do we document all of these on hobbyDB 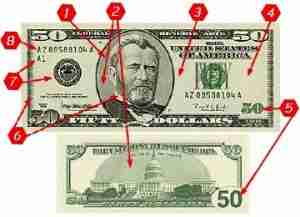 We are working hard to expose or explain all of this on hobbyDB.  For example, we have a production status for fakes, explain how to spot them and co-operate with our contributors, curators, champions and other users to share as much of this important part of the hobby with the public. Avoid falling for the scams as there is no good way out once you did (do not sell the item on without full disclosure)!

Please help us with this (we still have some work documenting every collectible ever made… 😉 and/or share your stories or tips and tricks in the comments.

Just saw these the other day in Cordoba, Argentina.

I have lots of comments on this post.   Thanks for writing it,as it got me thinking.

In the diecast toy world, many old cars and trucks are play-worn with paint missing.  Many collectors can’t afford a Mint Boxed example and restore/repaint them themselves.  This is not a ‘fake’ unless they are unscrupulous and try to sell it as original..  Most are honest and do it for their own collections and talk about it online.    The problem for me comes when they sell off their collection as repaints, but that gets lost on the next owner who sells them as originals.  If they are marked, or use screws instead of rivets, then it is very easy tell.

If the Omnisport is a fake, then it is just a repaint-resticker of a potential one-of-one or two Dinky.    I consider Made-Ups a form of repaint/restore but the collector/craftsman is making something different from original.  So it is obviously not a ‘fake’ for any other collector.  Many collectors call these Code 3 (not authorized by the factory).  hobbyDB member Keesie25 has done many of these on original Corgis.  These are not fakes until someone else tries to pass them off as original.  All of his items in the DB are marked Code 3 – some restored but others in weird color combinations.  I like those the best.   His Beatlemobile is a very imaginative non-original Corgis!  https://www.maronline.org.uk/the-beatlesmobile/. What a blast!

5 repackaging.  So the newly-found Salacious Crumbs can be put back in the otherwise complete box to get a full set.  Seems fine to me.  No different from the original.  Is that true?

Yes, the Salacious Crumbs is totally fine, the key here is to know that finding such a large quantity will have an impact on its value.

Re “fantasy” models made at home we refer to those as Customs in the database.  Unless somebody makes them professionally and in larger quantities, for example, Imit’ Toys that are modeled on Dinky Toys which we then refer to as a Brand and Standard or Limited Edition models.

Thanks for the reply!  Some more thoughts:

I think we need two types – the one the blob mentioned: original molds obtained and reissued by a third party.

The other type would be new molds made by a trademark holder to reproduce old toys.  Several model car part-works are doing that now!  Examples:

https://www.hobbydb.com/marketplaces/hobbydb/subjects/dinky-toys-collection-series – the most well known!

Good idea, I have done that now.  Thanks!

Very informative , you also have to watch a lot of these people that said they have found error in small diecast like HW, MB and other 1/64 scale cars. The packages can be easily opened manipulated and resealed and they sell them for a crazy amount of money. My rule of thumb is if I don’t see it hanging on the peg I don’t believe it is an error..

That sounds harsh and would make it impossible to ever buy an error.  In my experience, there are not that many problems with Hot Wheels errors as it is not worth it  – they are actually quite hard to sell.  And there seems to be almost absolutely no interest in errors for other diecast or even other collectible brands (unless the error makes the item “cooler”).  Would love to hear from others on this.

Really appreciate this valuable info. As collectors we all need to be aware of the pitfalls that await those not in the know. Most of us are genuine but a few are not. Sharing tips with the collector community is key! Carry on the great work.

No discussion, but I RESTORE mainly old Corgi Toys and SELL them. I sell them as RESTO’s and not as FAKES. I also ask a normal price which reflects the fact it is a restoration. I am also on HobbyDB with my makings and no one ever called them FAKES.

I think your items are customs and perfectly fine (I love when you do some chopping and remember fondly some Xmas vehicles).

I overlooked Karls posting in which he praises my Beatlesmobile. Thanks Karl! For me, I just like to restore and make models which should have been made. Money comes second. Also, I have a tendency to be complete, so I wanted the complete Corgi range…….to find then I could not afford a real car. Also my wife would not like that! Further I think certain methods/materials  factories used can be done better. Yes, they were meant to be toys, so plastic suspension is bound to break. I replace the plastic by stainless steel. It is just fun to restore throw away models and other stuff!