We like to think of the collectible universe as one big family. So we’re always excited to highlight some of the companies revolutionizing the industry, such as Mythic Markets.

Whether we’re collectors of rare Funko Pop or vintage Hot Wheels, one thing unites us all…the holy grail from our favorite fandoms. There’s always that one thing that seems out of reach.

For Joe Mahavuthivanij of Mythic Markets, it was the Alpha Black Lotus from the popular trading card game, Magic: The Gathering. Sometimes selling in the six figures, the crown jewel of the Power Nine is more than most people can afford. The same goes for many other high-grade collectibles, like some of those comic books and trading cards you loved as a kid.

But according to Joe, ownership doesn’t have to be a dream. “We’re building Mythic Markets so more fans with average paychecks can have a shot at owning something awesome, that has both nostalgic and potentially investment value,” he said. “We do this by splitting the collectible into shares, which investors can purchase to become a part-owner of the asset.” 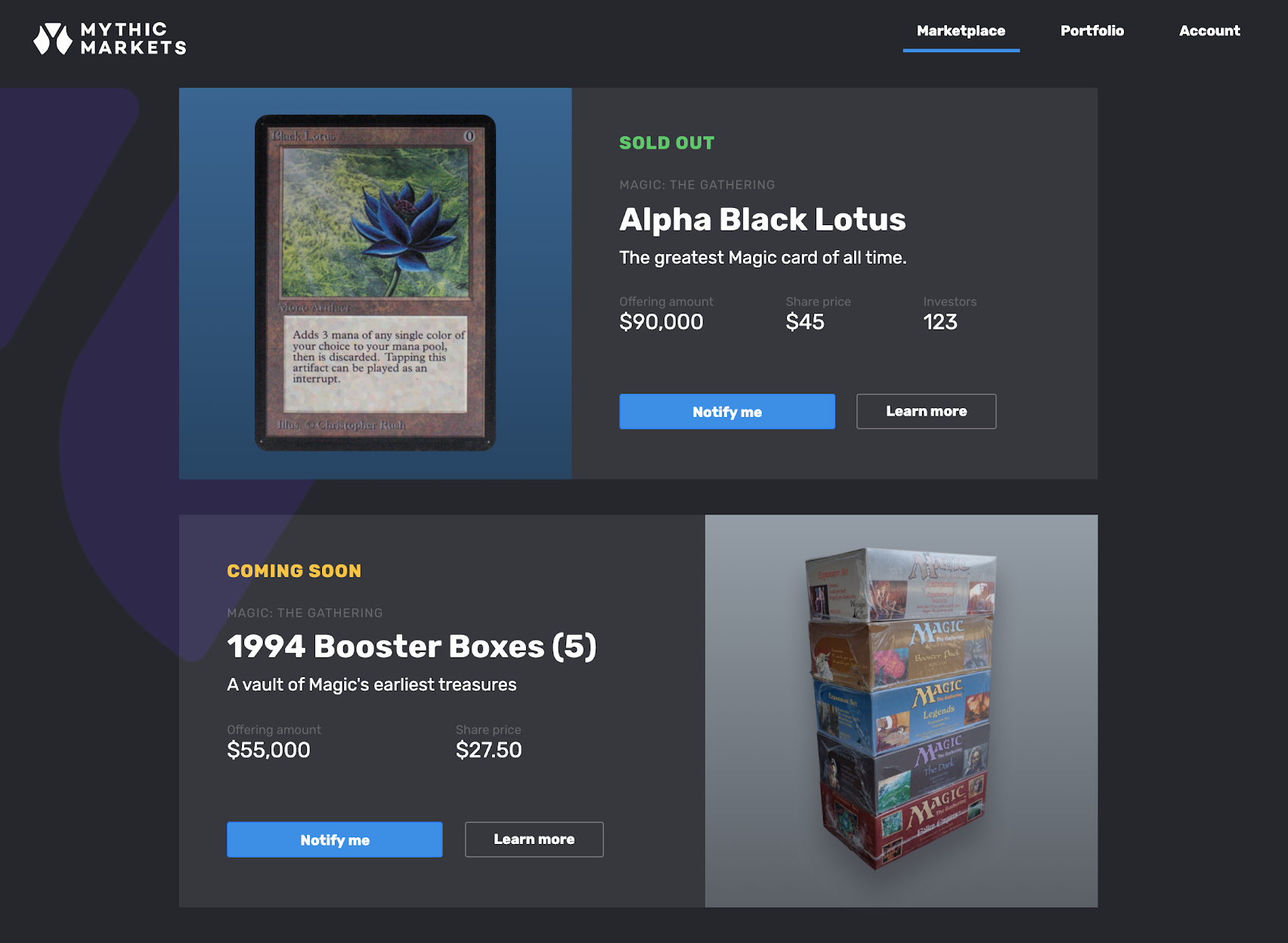 Mythic Markets is part of a new wave of companies offering fractional ownership in collectibles, although they uniquely focus on geek and pop culture.

Their first offering was — what else? — the long-coveted Alpha Black Lotus.

Next up, it’s a collection of 1994 Booster Boxes from Magic: The Gathering. It’s very rare to find a complete, sealed set from this pivotal year in the game’s development. Considering how many of Magic’s most recognizable cards came out of these sets, we can’t help but wonder what treasures these boxes might hold? 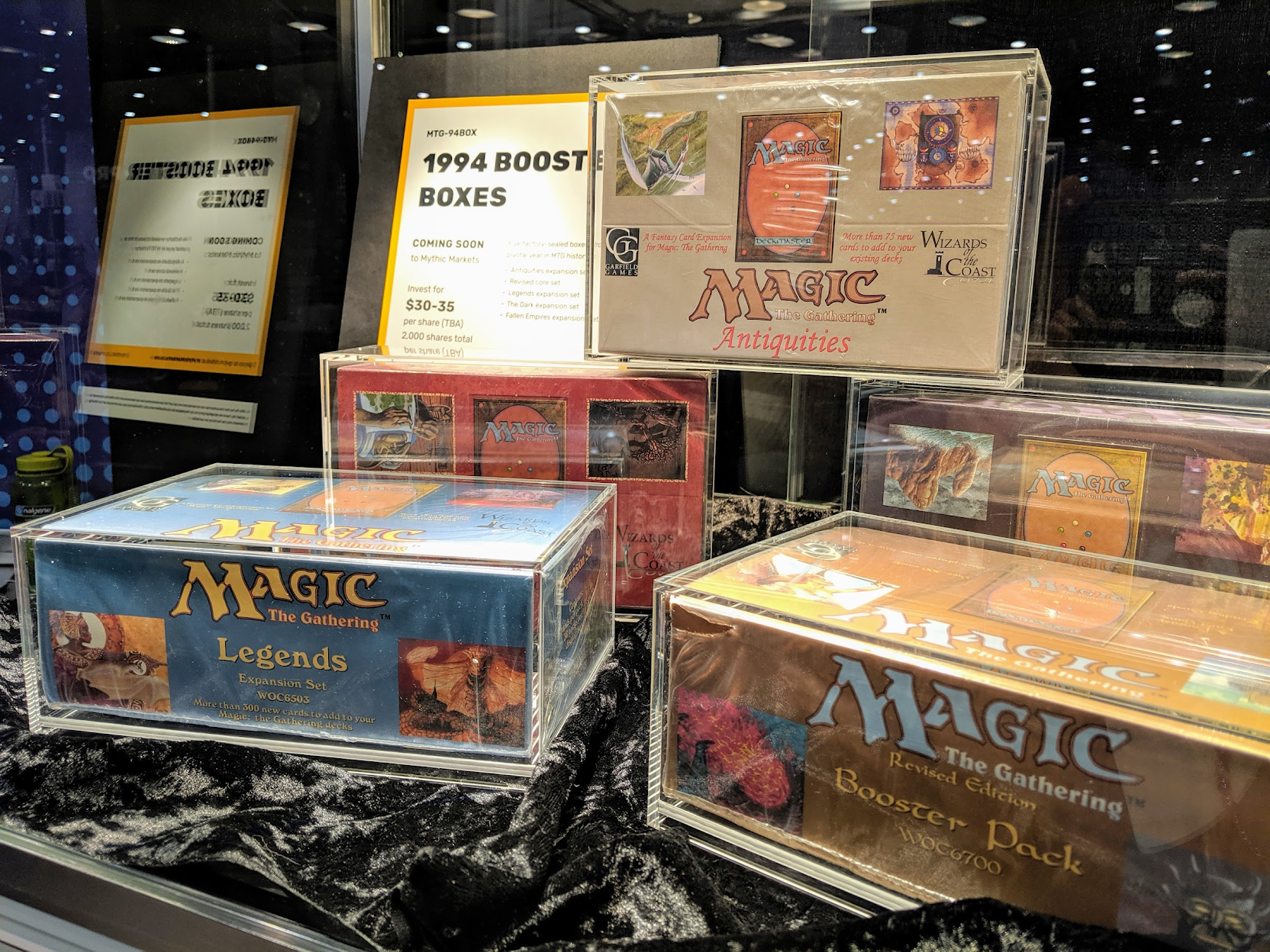 Trading cards are just the beginning for Mythic Markets. In the next several months they’re planning to release opportunities for partial ownership in vintage comics, fantasy art, and even e-sports teams. The proud owners can then get a portion of the profits if the asset is liquidated.