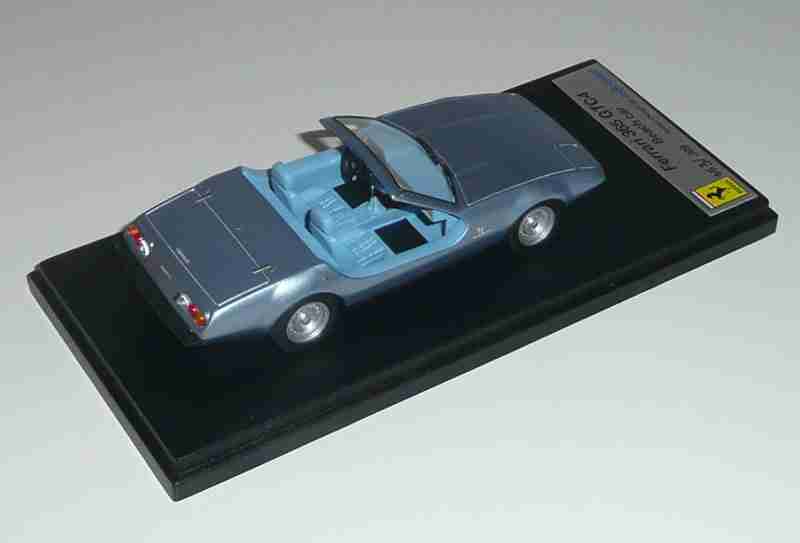 Welcome to the first entry in our new series looking at some of the Ferraris you might not have heard of – and the models made of them by Looksmart! Meet the Felber Ferrari 365 GTC/4 Beach Car

. Ferrari’s 365 GTC/4 is little-known enough a Ferrari as is. Produced for just 18 months between 1971 and 1972 alongside the famous Daytona, the car was a 2+2 designed to replace the 365GTC and 365GT offering (tiny) rear seats and more luggage space than the Daytona. 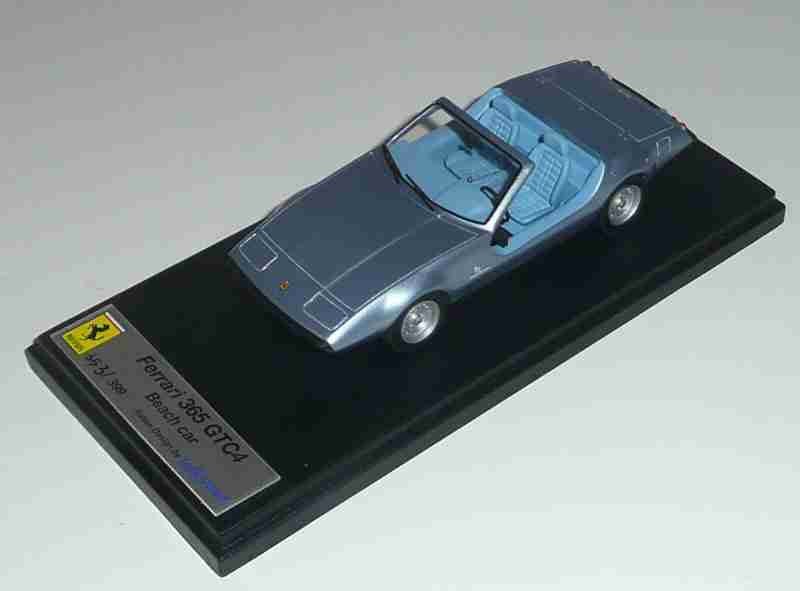 Just 500 were made (and for the record, there was just one contemporary model of the car, made by Mebetoys) with a welded tubular steel chassis evolved from the spaceframe used to underpin the 365GT 2+2, although with 150mm removed from the wheelbase, as Ferrari wanted the car to straddle the 2+2 and large-two-seater-touring-coupe markets, and have sportier handling. Independent suspension was fitted all round, along with power steering and a hydraulic self-leveling rear ride height. The cars rode on Cromodora alloy wheels, but customers could substitute Borrani wire wheels at extra cost. Engine-wise, the car was similar to the Daytona – both displaced 4.4 liters, although the GTC/4 had new heads, wet-sump lubrication a lower compression ratio, and six side draught Weber carburetors. Performance was similar to the mighty Daytona too, with a top speed of 163mph and a zero-to-sixty time of 6.1 seconds. 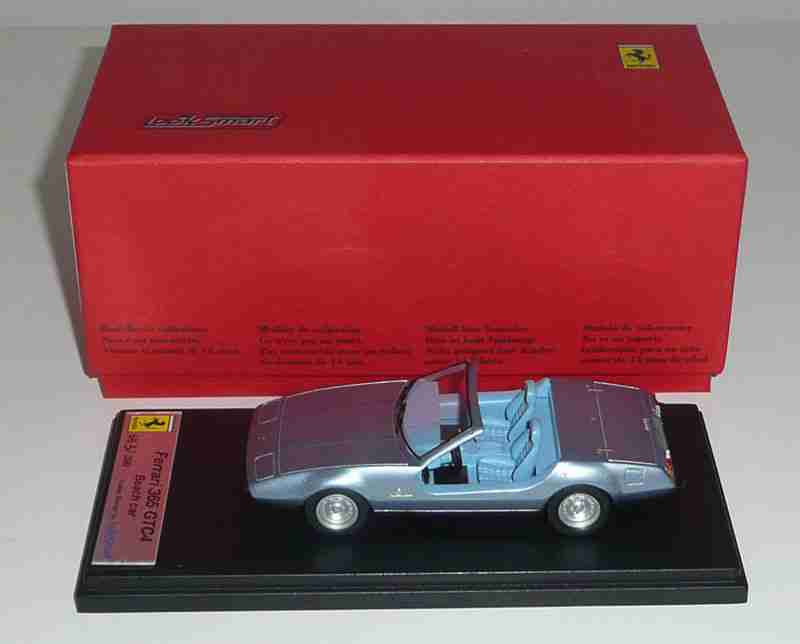 Designed by Pininfarina, the GTC/4 bodies were also fabricated by the designer in Turin before being shipped to Maranello for finishing (unlike the Daytona, which had the body made by Scaglietti in Modena). The GTC/4 was steel-bodied, with an alloy bonnet and boot lid and a very distinctive black front resin nosecone-type bumper. Inside, the car had a completely new interior design, with integrated dash and console, making it a far more comfortable place to be than the Daytona. The boot was bigger too, allowing far more cargo space and the tiny rear seats folded down to provide for additional luggage. Air conditioning was standard, but a full leather interior was an optional extra. 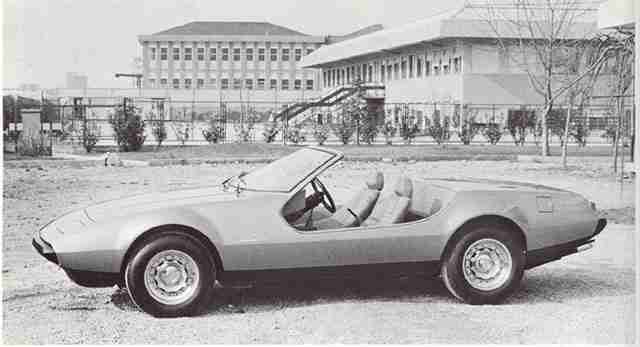 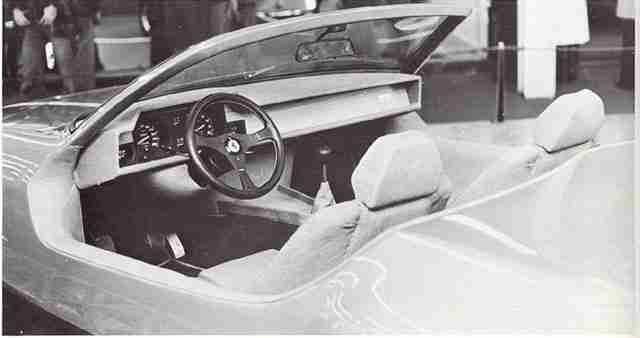 The GTC/4 debuted at the Geneva Salon in March 1971 but unfortunately remained in the Daytona’s shadow – the styling received criticism for not being Ferrari-like enough, and the rear seats were slated for being too small. Sales of the 500 cars were rather slow too – production ended in 1972, but the last cars didn’t leave showrooms until almost two years later in late 1974.

All this said, 365GTC/4s are unusual enough, but two became even odder. Swiss Ferrari dealer Willy Felber had a history of rebodying and restyling cars from the Autbianchi A110 to the Pontiac Firebird and turning them into neo-classic one-offs or limited production vehicles – indeed, he’d already had several Felber-Ferrari 330GTCs constructed, with the standard coupe bodywork replaced by neoclassic styling which aped the 1950’s Ferrari 166 Spider Corsa. Turning his attention to the 365GTC/4, he commissioned Michelotti to rebody two cars – one as a shooting brake and the other, shown here, as an open beach car, making it a far more expensive and luxurious alternative to the Mini Moke or Fiat Jolly. No further examples were made and Felber apparently sold the one example to an unnamed famous golfer.

It’s a strange footnote in the history of Ferrari indeed – although, thanks to LookSmart, it’s been recorded for posterity in 1/43.

hobbyDB will be featuring additional Looksmart models of Forgotten Ferraris over the next several weeks! Next up, the Mythos!