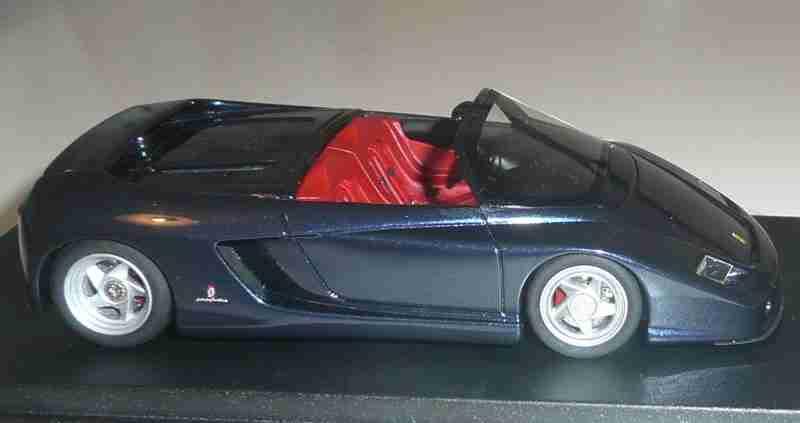 Welcome back to our series looking at some of the Ferraris you might not have heard of – and the models made of them by Looksmart! This is the Ferrari Mythos Concept.

Pininfarina’s Ferrari Mythos concept car was one Ferrari that’s very much of its era. One of the first Pininfarina creations to debut outside Europe, the Mythos broke cover at the Toyko Auto Show in October 1989. 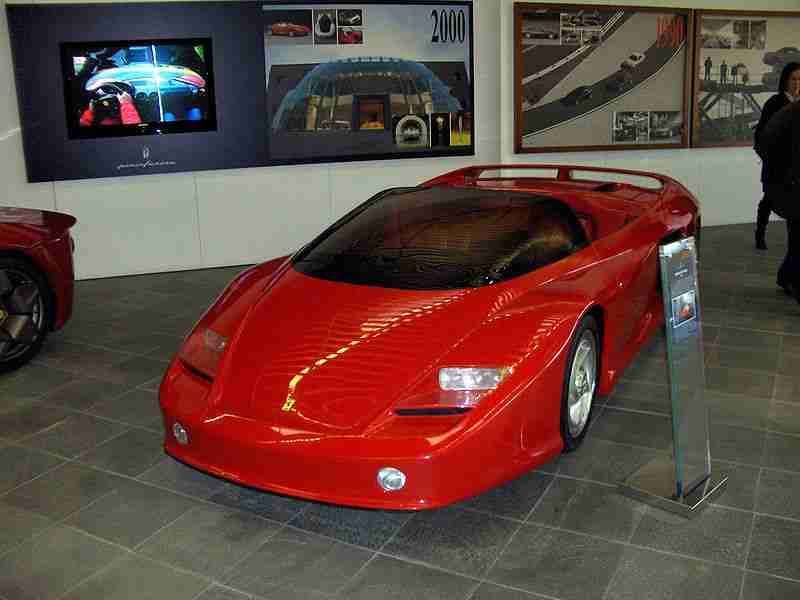 Designed as a topless speedster, the Mythos harked back to Ferrari’s 1950’s Barchettas, lacking both a roof and side windows, but melded this nostalgia with very cutting edge styling. A lower lip spoiler adorned the pointy front end, while the rear overhang was even shorter than that of the Testarossa on which it was based. At the sides, two huge intake holes fed the 12-cylinder engine with air, unencumbered by the grilles that adorned the Testarossa. At the back, there was an automatic, electrically-operated spoiler, a feature shared by the front wing. And of course, the single windscreen wiper parked out of view under the front cowl while the headlamps and tail lamps were incorporated into the flow of the panels in true 80’s fashion. 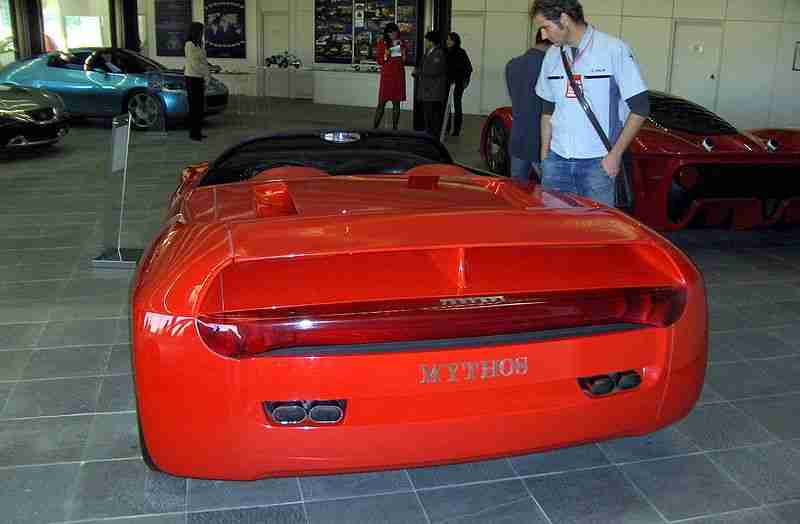 Pininfarina said the styling placed emphasis on the “relationship between volumes” ditching “linked panels” with the styling made up of two separate elements, one with the engine and radiators, the other with the cabin and nose, both joined together, something along the lines of a violin. Rather enigmatically, chief designer Lorenzo Ramaciotti said that the design could be “adapted to fill the needs of production… of tomorrow’s cars.”

Nevertheless, the car was fully functional, and more than just a pretty face – it was highly aerodynamic, with that electric rear wing capable of raising nearly a foot higher than its rest position while rotating through 12 degrees. This and the front spoiler popped out at anything over 62mph, then retracted again when the car dropped to 44mph. Elsewhere, the Mythos’ incorporated its swoopy lines and design in surprisingly functional ways – with no windows, the side of the body could serve as an armrest while the control panel, steering wheel, and pedals, all designed into a flowing block, could be adjustable as a whole.

Under the skin, the Mythos was pure Testarossa, with that car’s five-liter flat boxer engine and suspension setup. It did have its own bespoke exhaust system, however, as the drastically truncated rear was so small it couldn’t house the Testarossa’s standard pipes. No top speed was quoted, but downforce for the rear spoiler was given for a speed of 155mph, so the car could presumably do more than that! 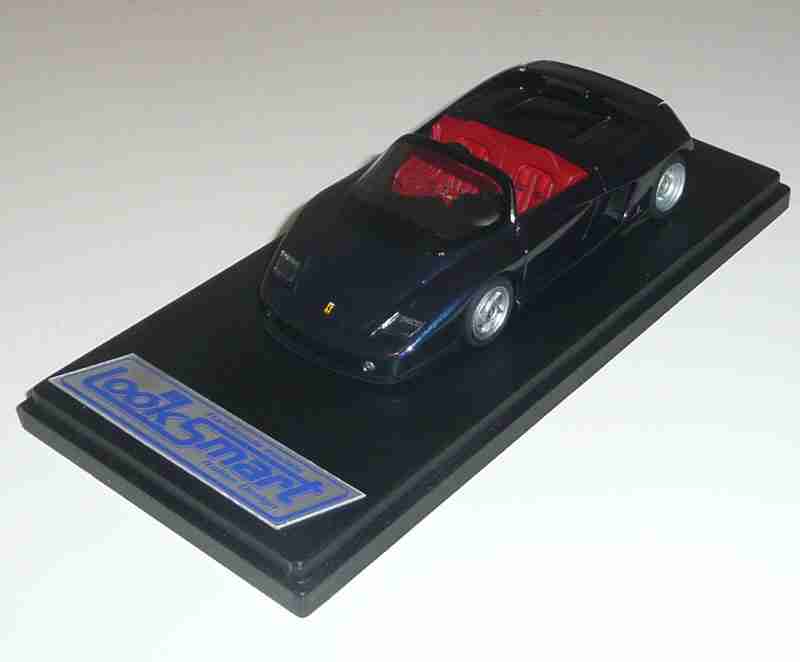 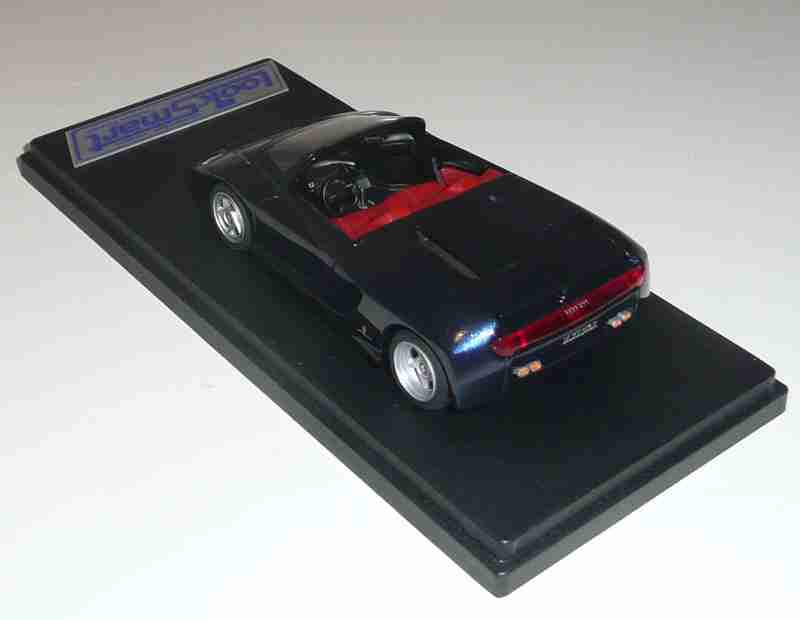 In addition to LookSmart, The Mythos has been memorialized in miniature by Revell, and Guiloy.

hobbyDB will be featuring additional Looksmart models of Forgotten Ferraris over the next several weeks! Next week, the Ferrari 250 GT Spyder California Hard Top.