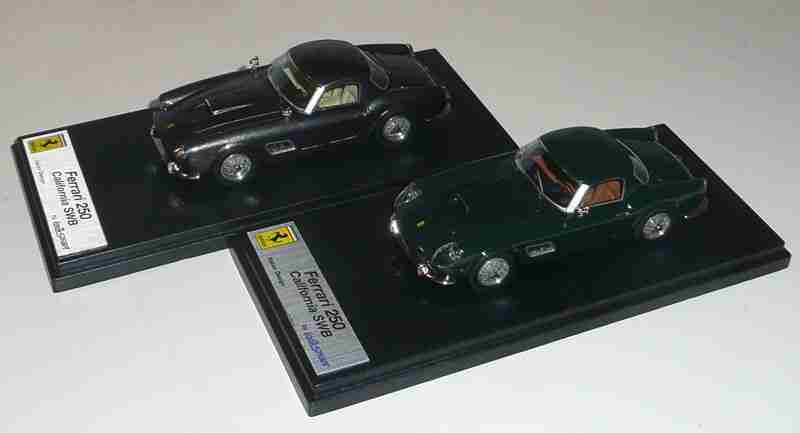 Welcome back to our series looking at some of the Ferraris you might not have heard of – and the models made of them by Looksmart! Check out the Ferrari 250GT Spyder California With Hardtop.

The Ferrari 250GT Spyder California hardly qualifies as a “Forgotten Ferrari” on its own. As one of the most desirable members of the 250 family, Californias were owned by the glitterati when new – Alain Delon, Roger Vadim, and Steve McQueen, to name but a few.   Some 50 years later, the cars are hugely sought after by Ferrari collectors, changing hands for seven-figure sums. And, of course, the California is a bonafide pop culture icon thanks to its appearance (or at least the appearance of a very realistic replica) in the classic 1986 film Ferris Bueller’s Day Off. 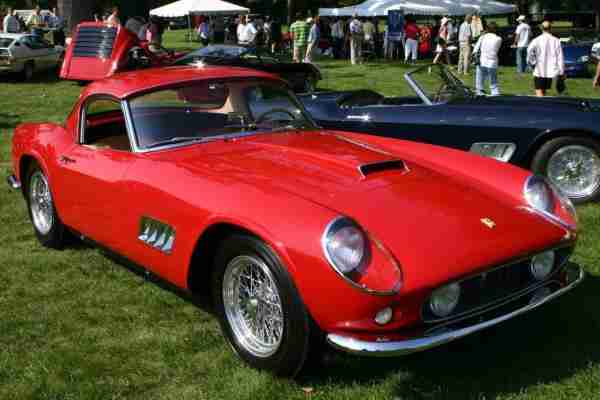 What is barely known about the car, however, is that you could get it with a hardtop! 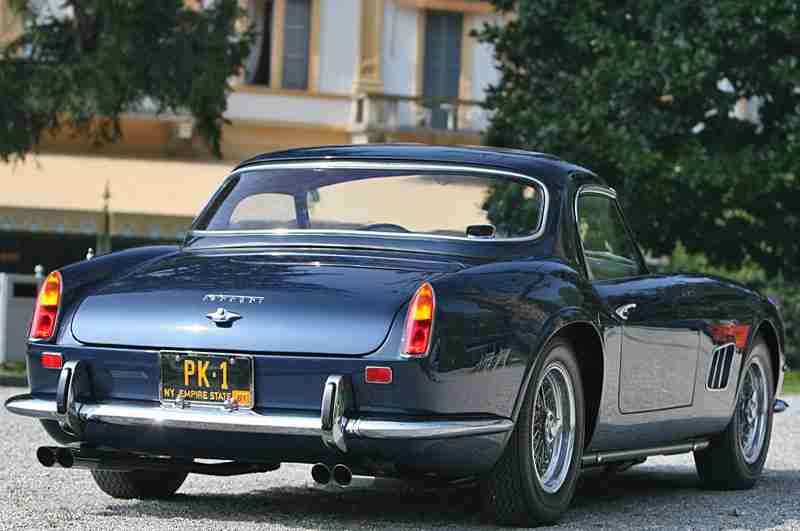 Looksmart was aware of this obscure option, however, and offered it in 1/43 scale. In fact, they did different colors of their diecast model. 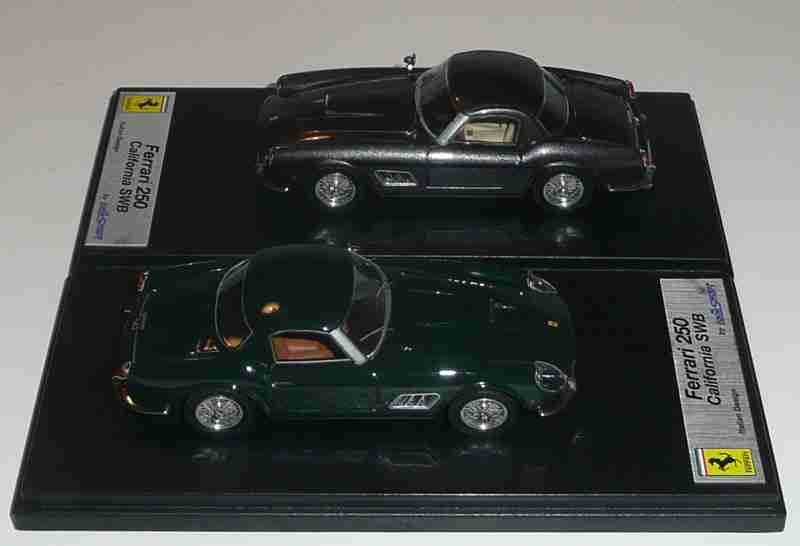 The California Spyder originally came about at the behest of the marque’s US distributors, Jon von Neumann and Luigi Chinetti. California was Ferrari’s best market in the US and the pair felt that a high-performance convertible named after it would be a big hit. They were right. 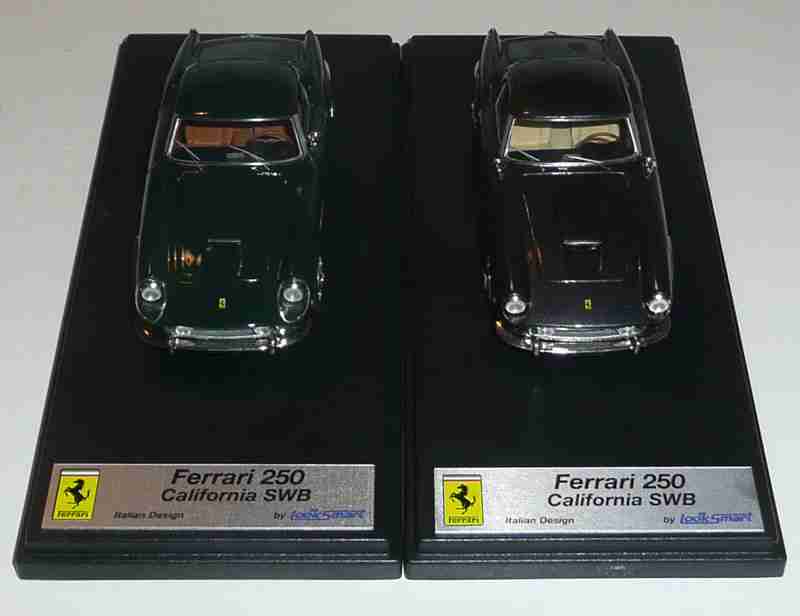 Made in strictly limited numbers, the car had the same engine and underpinnings as the Tour de France winning 250GT SWB – and the same 150mph top speed, blistering stuff for 1958. There are two separate series of California Spyder; the first shared the 250GT Tour de France model’s frame and wet sump V12. The later series arrived a year after the car’s launch, in 1959 and had the less flexy short wheelbase chassis – hence their being referred to as SWB California Spyders. They also benefitted from an increase in engine power and disc brakes. The cars remained in production until 1963, with a further handful apparently made in 1967. 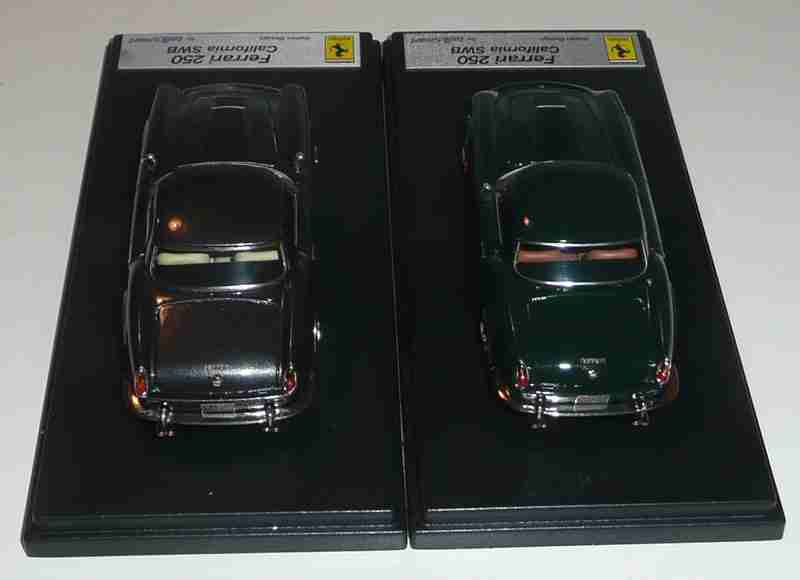 The car’s lithe body was hand-made at Carozzeria Scaglietti after a design based on the first series 250GT Cabriolet, but with new vertical tail-lights and headlamps located in scallops, covered by plexiglass on some cars. 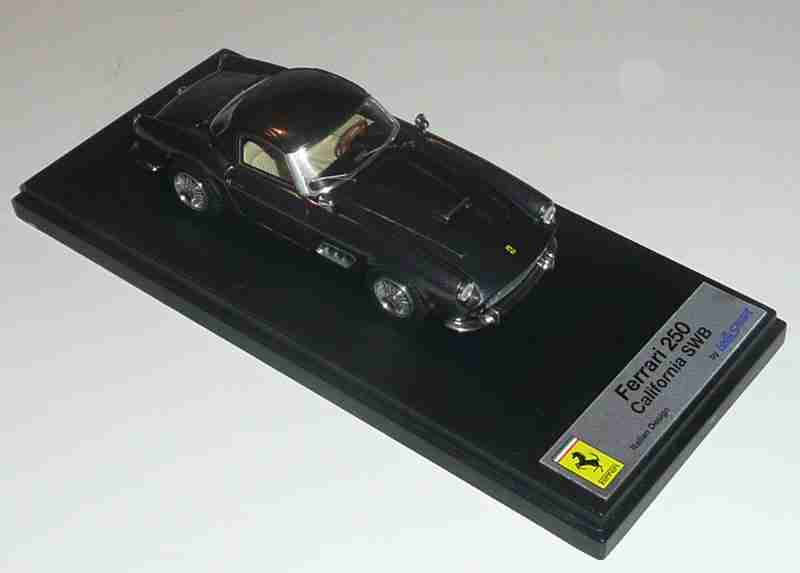 The interior of the Spyder was pretty Spartan, with a tiny heater being the only nod towards luxury. The roof, a functional folding fabric structure wasn’t even lined. If you wanted better weather protection, you had to opt for the optional removable hard-top, with its glass rear window but few did, hence their rarity today. But as these Looksmart models show, unlike many hard-tops, the California’s unit blended very nicely with the car’s lines and doesn’t look out of place at all. And they also prove that the California does look just as great in colours other than red!

hobbyDB will be featuring additional Looksmart models of Forgotten Ferraris over the next several weeks! Next week, an assortment of rare, one-off and custom Ferrari models.