We Built a List of the 14 Coolest Lego Car Kits Ever!

The earliest Lego blocks did not lend themselves to building vehicles. In fact, wheels were kind of an afterthought at first. But as different size wheels and tires became available, all you needed to build an awesome car was some imagination and maybe a few special new bricks. There have been many automotive building sets offered over the years, but these are the coolest Lego car kits (and maybe a bus or two).

Technic Auto Chassis (Set #853) – Hard to believe this set debuted in 1977. Though the technology is a bit primitive by today’s standards, the first Technic sets were mind blowers and game-changers with their gears and side-locking bricks. This car had moving pistons, a two-speed transmission, working steering, and a few other features. Assembling it gave you the sense of how complicated a real car is. It remains one of the largest car models Lego has ever offered, even if it’s not a complete car. 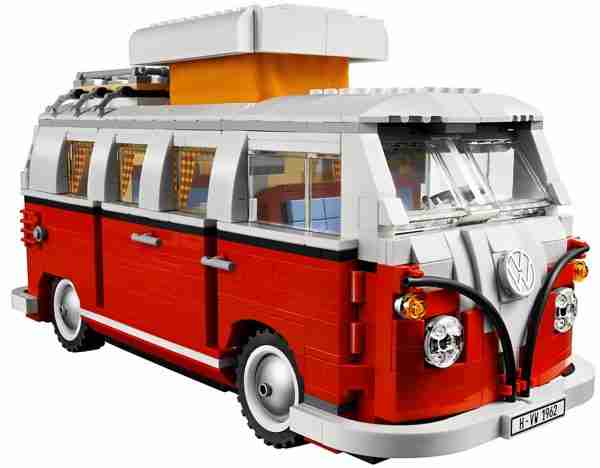 Volkswagen T1 Camper (10220) – The Creator series of Lego models has led to some incredibly detailed brick versions of of iconic vehicles. They’re not cheap, but they are glorious. The Volkswagen Splitty Bus is one of the most recognizable vehicles ever, and Lego captured its simple elegance with some complex engineering. The camper interior with pop top is a sight to behold. 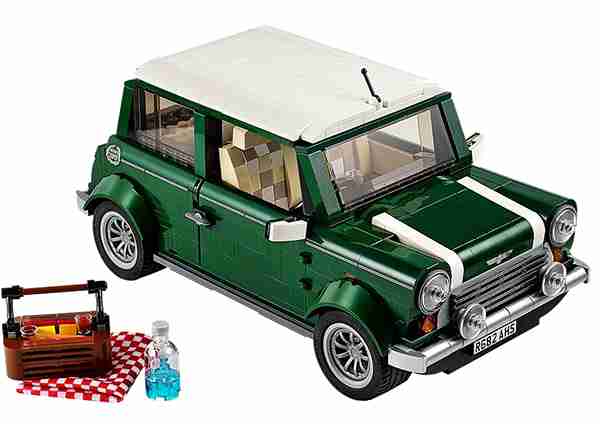 Mini Cooper (10242) – Just about everything said about the VW Bus can be said about this model, except… just look at those plaid seats! Wow! 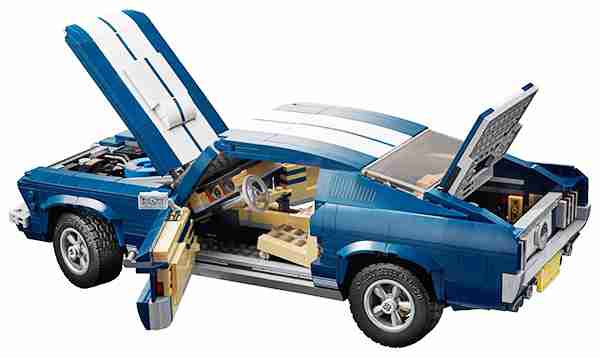 Shelby Mustang (10265) – This is one of the newest entries on the list, and one of the few American cars Lego has made. It captures just enough detail that it can’t be mistaken anything other than a ’67-68 version of the car, which is a really impressive feat. 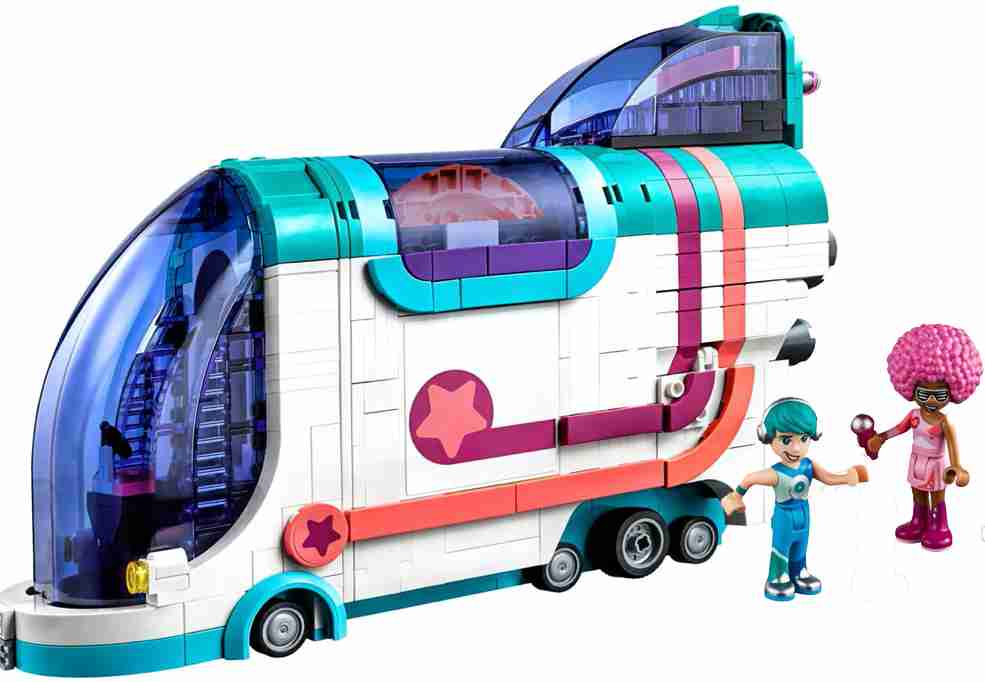 Friends Pop Up Party Bus (70828) – The Lego Movie and its sequel are a couple of ridiculous adventures made even more fun by the presence of models designed or inspired by kids. Among the most bonkers is this crazy party bus. It’s the product the kind of giddy imagination that makes Lego toys so popular in the first place. 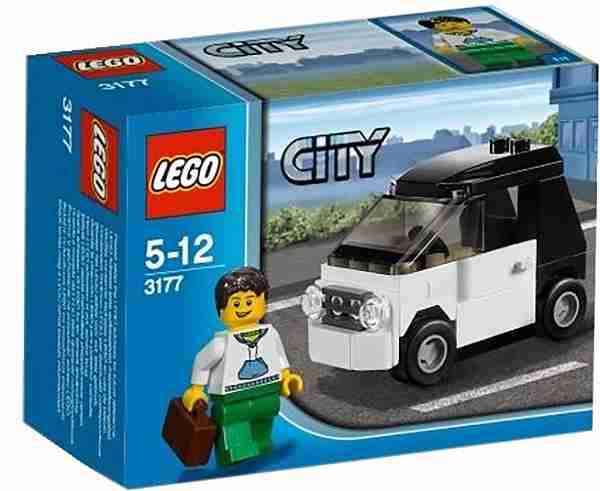 Small Car (3177) – One criticism of recent Lego vehicles designed for Minifig size is they have gotten really huge, to the point of being way out of scale. This tiny marvel looks a lot like a Smart Car, and at only 4 studs wide and 8 studs in length, it feels perfectly scaled for the Doctor Minifig which is included. Sometimes less is more! 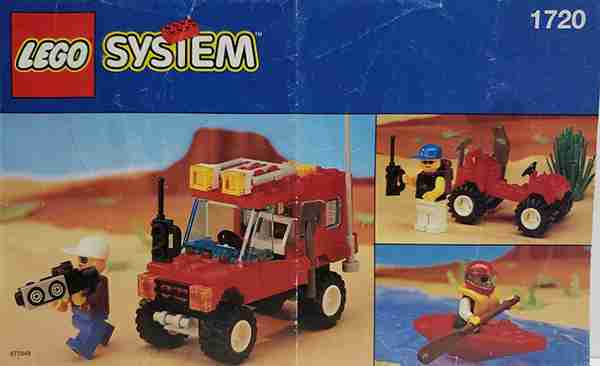 Cactus Canyon SUV (1720) – This rugged-looking compact off-roader came with all sorts of accessories that could attach to the sides, be tossed inside, or ride along with the included quad-runner. Throw in a kayak that could fit on the roof, and this was truly an adventure in a box. 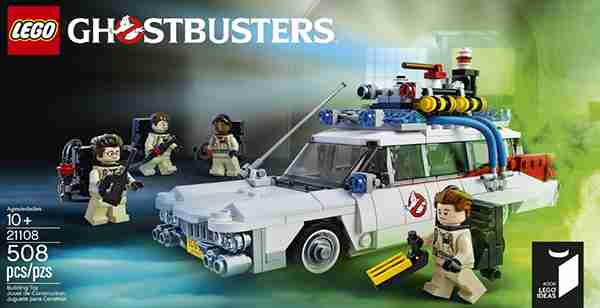 Ghostbusters Ecto-1 (21108) – On the other hand, among Lego cars that grew a bit larger in scale, this 1959 Caddy ambulance still shows remarkable restraint size-wise. And it has just enough blockiness to capture that “Lego” feel. 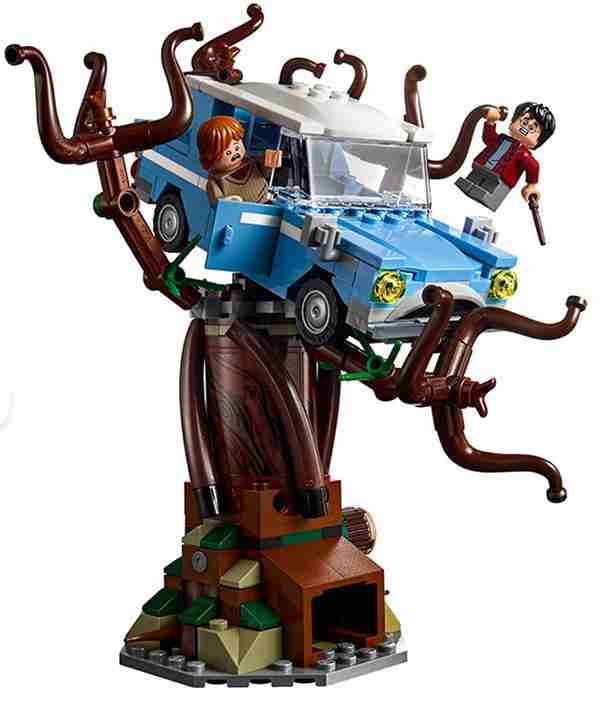 Harry Potter Ford Anglia (75953) – The wonkiness of the Anglia’s design is captured perfectly in brick form in the Whomping Willow set. In fact, Lego has offered three slightly different versions of this car in other sets, as well as by itself (not branded as a Harry Potter set).

1989 Batmobile (76139, 40433) – Y’know what… to heck with proper scale for movie cars. This enormous beast, made of over 3,300 bricks, is huge and impressive. It comes with Minifigs of Batman, Vicki Vale, and the Joker and doesn’t even pretend they’re supposed to be anything more than decorative accessories.

Speaking of accessories, this kit originally came with a bonus set, a smaller Batmobile that actually was properly scaled to those Figs. Where do you get those wonderful toys?

1974 Porsche 911 Turbo 3.0 (75895) – Scaling things back a bit, this small 911 model comes in at just 6 studs wide (and it’s based on a car with fender flares, so it should be kinda thick). There are some really clever design solutions, especially around the headlights, that make this a perfect Lego car. And it comes with tiny orange traffic cones to drive around. 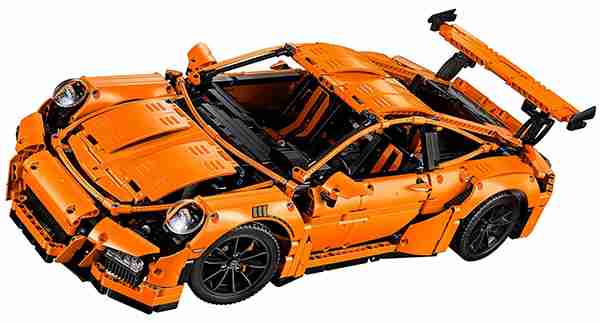 Porsche 911 GT3 RS (42056) – On the other end of the 911 spectrum, some people though this gigantic model looked a bit crude for its large scale, but Porsche is really about the performance. And this model really delivers… 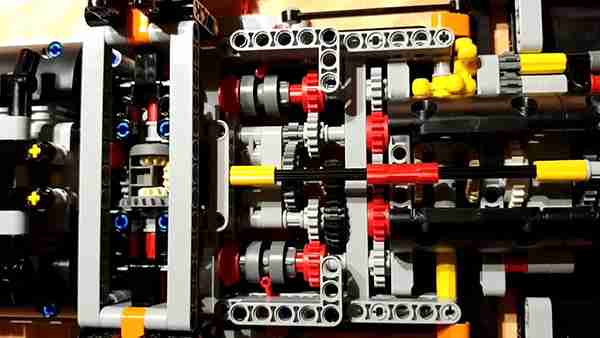 How about a working 6-speed (!!) transmission operated by paddle shifters (!!) behind the steering wheel? Yikes! Hard to believe the humble ’77 Auto Chassis eventually led to this monster.

System I Leg Cars – The very first plastic cars made by Lego weren’t kits, but nicely proportioned HO-scale models. Apparently they didn’t think kids would want to build cars, so they considered them accessories to the houses and other buildings those kids would be creating. They did come in “garage” cases that were compatible with the bricks, however. These models were all based on European prototypes, including such classics as the VW Karmann Ghia. and T1 Bus.

Wooden Articulated Bus – The oldest vehicles made by Lego weren’t even plastic. From the 1930s through the early 1960s, Lego made chunky wooden vechicles of all types including this bus. Wooden it be neat to see a modern plastic recreation of this one?

Lego cars span a variety of styles and complexity, providing great fun for builders of all ages. What are your favorites? Let us know in the comments!