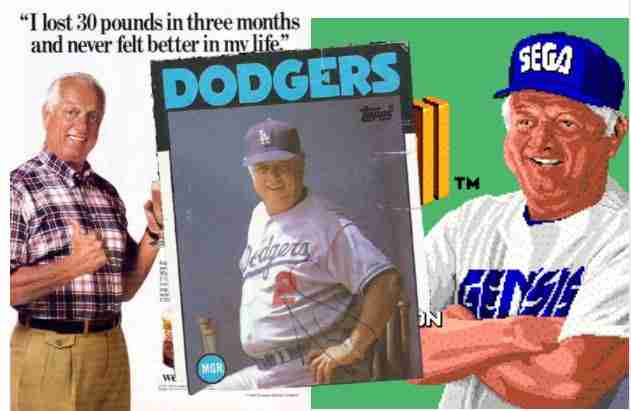 From the Basement is a recurring hobbDB blog where Christopher C. Wuensch delves into his extensive baseball card collection to discover gems from throughout the decades…

The world of baseball woke up on Friday morning to the news that the voice of one of its most ebullient pitchmen had sadly been silenced with the passing of Tommy Lasorda.

Throughout his 93 years, close to 50 of which he spent with the Los Angeles Dodgers, Lasorda was a baseball icon whose larger-than-life persona naturally spilled outside the chalk lines.

I had the humble fortune of meeting Lasorda on several occasions during the mid-80s at the Dodgers’ spring training facility in Vero Beach, Florida. Baseball diehards affectionately knew it as Dodgertown. 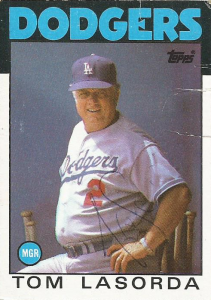 Dodgertown was teeming with not just players, but hall-of-famers, both current and future. Back then, the Dodgers had cultivated a spring training experience like none other, allowing fans to intermingle with players and coaches on their way between fielding drills, a bullpen session or batting practice.

Consider it the Field of Dreams for autograph seekers.

I arrived in Dodgertown heavily armed with a pen and a stack of baseball cards so large that I could barely hold it in my 10-year-old hands.

One-by-one I added the greats. From Roy Campanella to Duke Snider and Orel Hershisher to Eddie Murray and more.

Despite the dizzying amount of superstars, Lasorda was alway the highlight of Dodgertown. He’d ride up on his golf cart and let you jump in with him. Then he’d spend time chatting with you as if you’d known each other your entire lives. 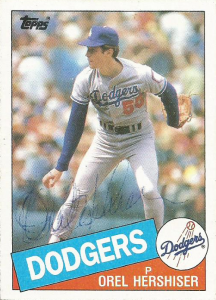 I recall those memories fondly every time I look at my 1986 Topps #291, which Lasorda graciously signed.

When it comes to collecting sports cards, an autograph isn’t always a home run or slam dunk.

There’s a debate within the card community that questions the value of a signed card. Where some see it as a prized, well-earned possession, others view it as a desecration of the card itself.

When you take into account a lack of certifications of authenticity (COAs), personalized messages on the cards and a deep pool of fraudulent signings, it’s often believed that autographed cards should best be displayed in the sentimental showcase of your collection.

For me, that’s somewhere between Dodgertown and the collection tucked away in my basement.