The Many Visual Worlds of Mitchel Wu Toy Photography 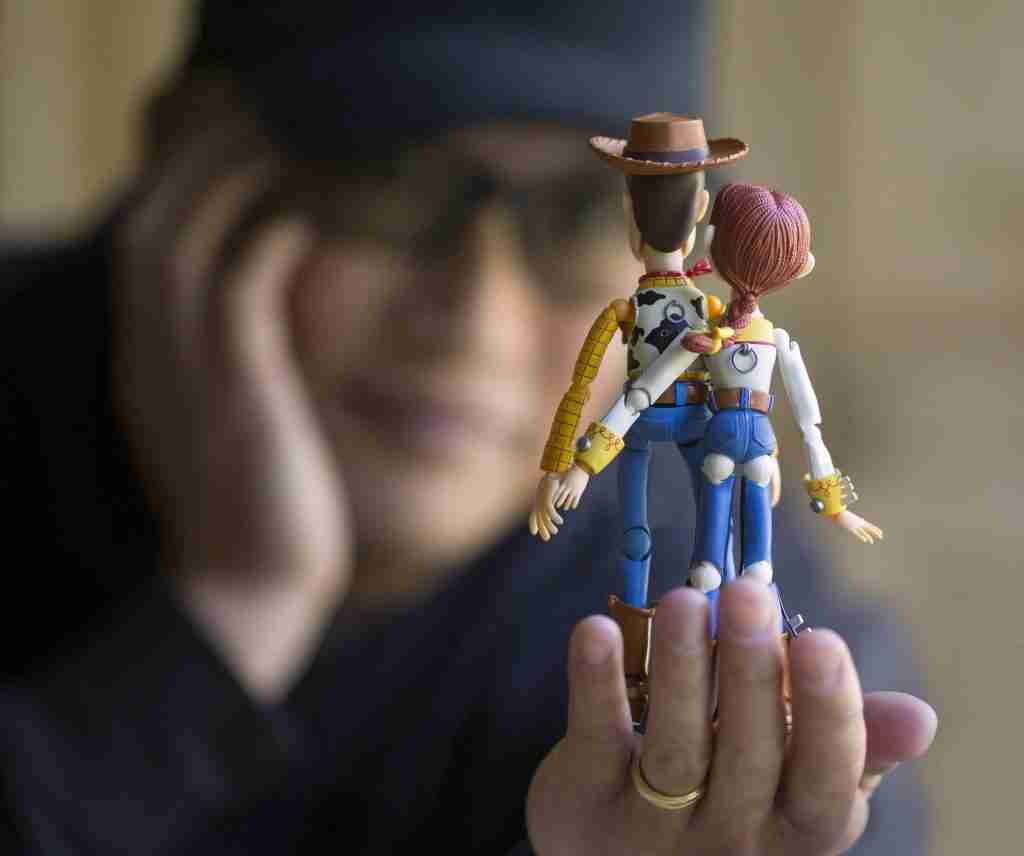 For Mitchel Wu, it’s easy to get lost into a world of fantasy and alternate realities…and emerge with the images to tell the tale of the journey.

Wu is a former wedding photographer who eschewed the “Bridezilla in favor of Godzilla” as a professional toy photographer.

These days, Wu crafts stories through his photography using real-time effects, doing so for the likes of Disney, Marvel and Funimation, as well as Hasbro, Hot Wheels and lots more.

Wu graciously took some time recently to answer some questions about toy photography and offer some tips for shooting your own images. 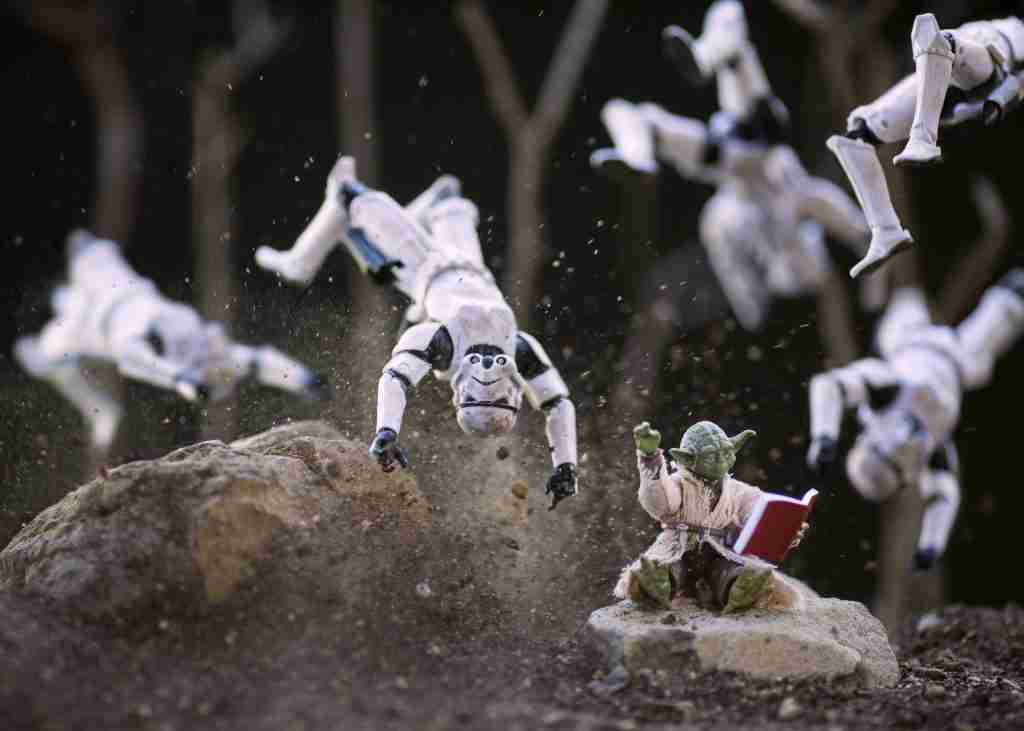 How and when did you get started in photography?

Prior to toy photography, I was a wedding and portrait photographer for seven or eight years. In 2015 my daughter Angie was entering high school and I realized I had a limited number of weekends left to spend with her before she headed to college. Weddings are weekend killers so I decided to stop shooting them. I serendipitously came across toy photography at almost the exact same time. Although I felt toy photography was strange, I was thoroughly intrigued by it. We all played with toys as kids, but most of us eventually grew out of them and moved on to other things. Rediscovering toys as an adult has been amazing. Once I took my first toy photo I was hooked and never looked back.

What was your first one and how did you come up with the idea?

My first toy photo was taken during an outing with my nephew. Coming from wedding photography, I had all of the photo gear but none of the toys. My nephew ended up loaning me a couple of stormtrooper action figures to shoot. I set them up in the crook of a tree, without any thought about why they’d be there except for the fact that it looked cool, and snapped the shutter. Of course now, five years later, a major component of my toy photography is storytelling. It’s been a learning process and an amazing journey. 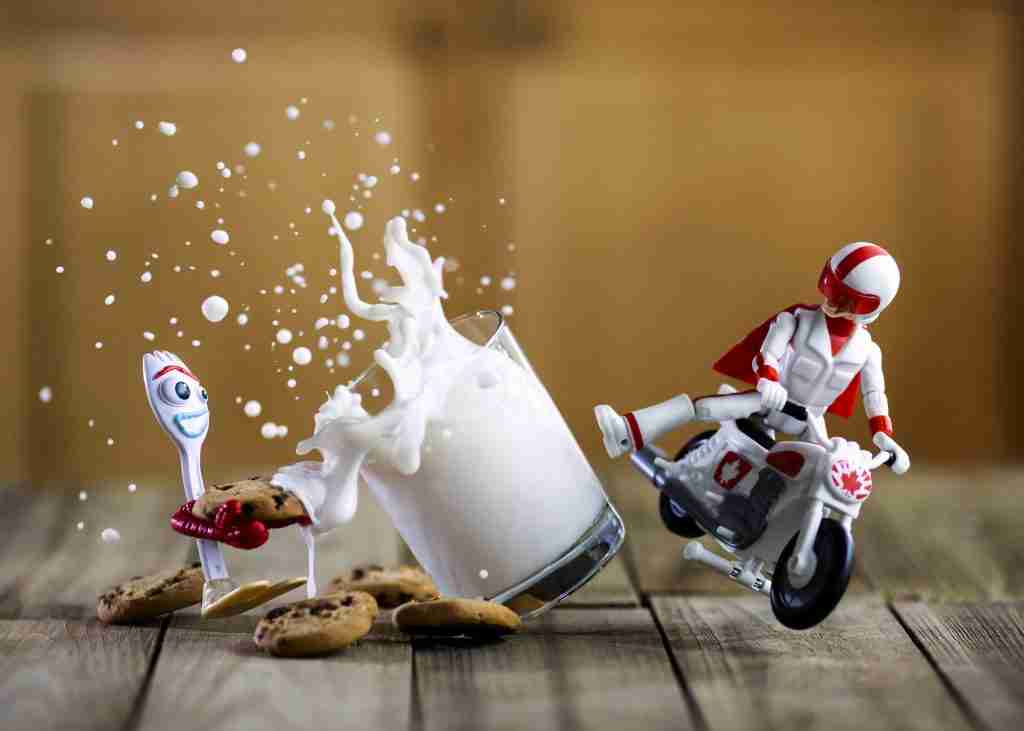 What are your personal favorites to shoot?

Much of my toy photography is driven by nostalgia. I’m inspired by the movies, tv shows, books and comic books that impacted me as a kid, or just as likely the movies, tv shows and books that impacted my daughter as she was growing up. Angie and I watched Toy Story and other Disney and Pixar movies together dozens of times, which is why you’ll see me creating a lot of Toy Story images.

The children’s book Where The Wild Things Are was also one of her favorite bedtime stories, and that has led to my creating quite a few images inspired by that classic as well.  But in a more general sense, my images are driven by stories.  If I see a toy that sparks my imagination then I’m going to buy it. That has led to a rather eclectic toy collection!

What is it about the toy images that has you hooked?

It really comes down to the creativity and storytelling, two things that, for me, go hand in hand (or sometimes claw in claw!). It’s an art form that is truly limited only by one’s imagination. 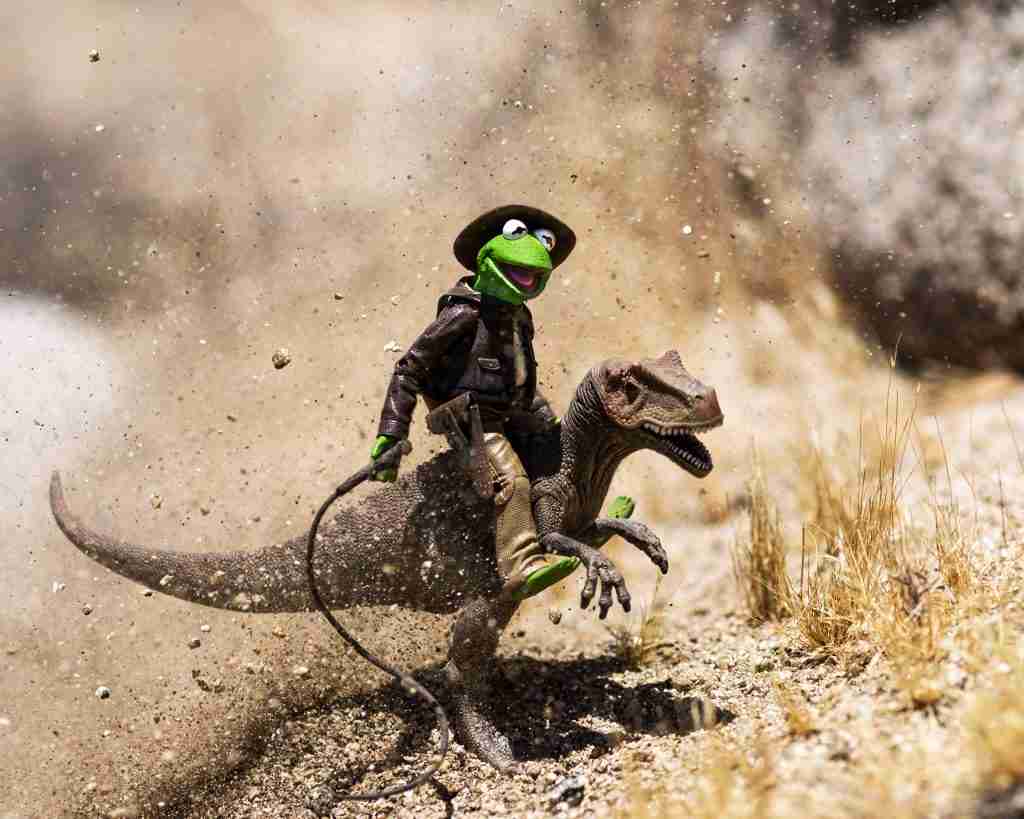 Do you shoot anything else?

Not professionally. I still have people asking me to photograph portraits and weddings, but I will always refer them to friends and former colleagues that do that as a career. I like to jokingly say that I’ve gone from shooting Bridezilla to shooting Godzilla! But honestly, I never encountered a single Bridezilla in the hundreds of weddings I photographed. Now Momzillas…that’s a different story!

Having said that, I am a voracious monster when it comes to taking photos and videos with my iPhone. I use it like a visual journal, where I’ll take quick photos throughout the day to help remember that day by. It can be of the most innocuous moments too. But you know the old adage about a picture being worth a thousand words. For me one image can bring back the memory of an entire day. 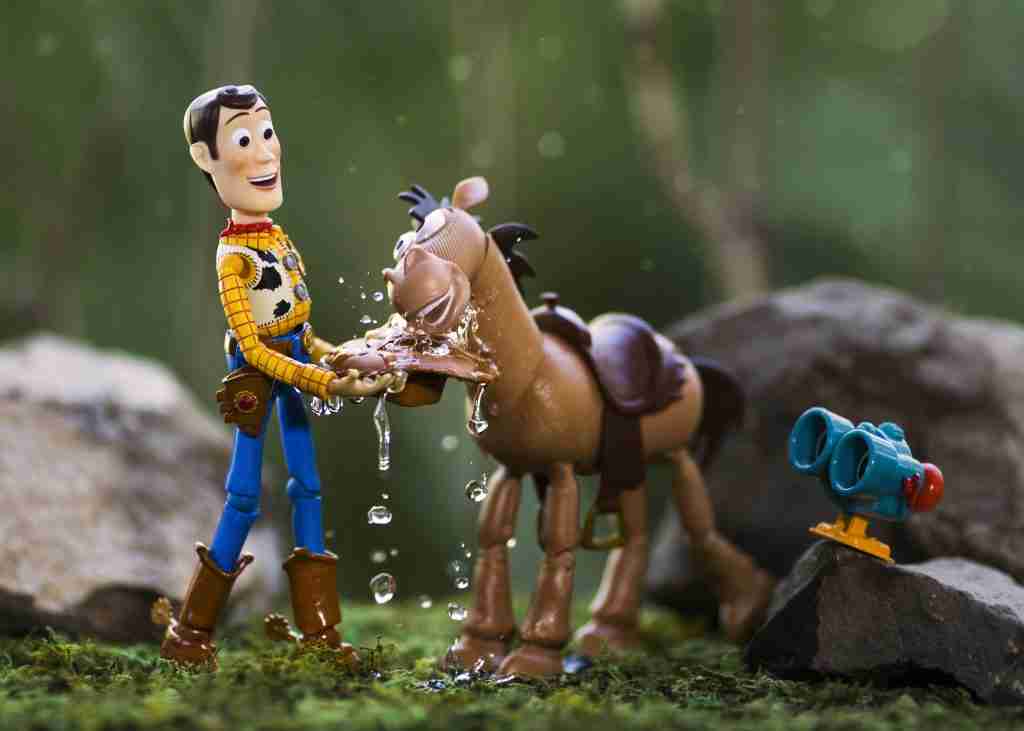 Without giving away any of your secrets, do you use a special camera or anything like that?

I really don’t have any secrets. I post a lot of behind the scenes on my social media channels so that anyone who’s interested can see how I construct and shoot my images.  I think doing this helps drive the art form forward. But as far as gear, I used a lot of what I had from my wedding photography days. That included my Canon 5D Mark III.

Much of that gear transferred over to toy photography nicely, especially my lenses. But there were some areas that I needed to adjust, primarily my lighting. At weddings I used to use several speedlights (flashes) to light my clients and the various rooms they’d be in throughout the course of their wedding day. I tried using those same lights for toy photography but found that they were overkill for such little subjects. So after trying a lot of different lights I found some phenomenal LED lights from a company called Litra Gear. Light is one of the most important aspects of photography and I can honestly say that switching to Litra was a game changer for me.

But back to my camera, I just purchased my first new camera in almost 10 years, the Canon R6. The technology has made huge leaps in that 10 years so I’m excited to use that in my toy photography. 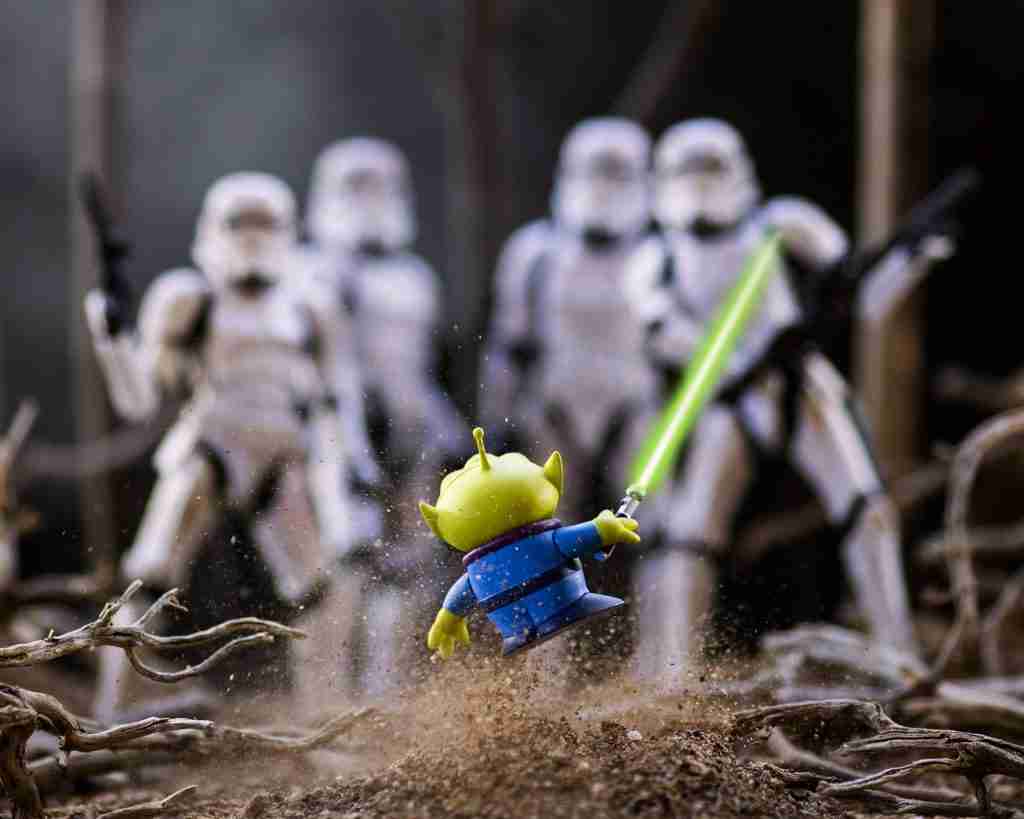 How long does it take to create an image?

It can take anywhere from a few hours to a few days to set up, shoot and then edit an image. It really depends on the complexity of the setup and scene I’m creating, if there are multiple characters, and if those characters are in intense, often gravity-defying poses. Most of the effects you see in my images – liquids splashing, explosions, fire, dirt and debris flying about, etc. – are created using practical effects. This means they are real effects created in real time, not effects created digitally. Honestly, creating those effects can be one of the most fun and exciting parts of a shoot. Who wouldn’t want to blow off some fireworks during the course of their workday?

Do you have any advice for someone who would like to get into toy photography?

With toy photography you can actually do a lot with very little. You don’t need an expensive camera – there are toy photographers who create amazing images using just their phone’s camera. And you don’t need a studio. I create different worlds and universes on my porch, in my backyard, on my kitchen table, and anywhere else I feel fits the story I’m trying to tell. Photograph toys that you have an emotional connection to as that almost always comes through in the image.

And lastly, tell stories.  Stories are ultimately what will make your images impactful and memorable. You can start telling stories based on what you know about the characters. Or you can make up entirely new stories about them. The sky’s the limit! 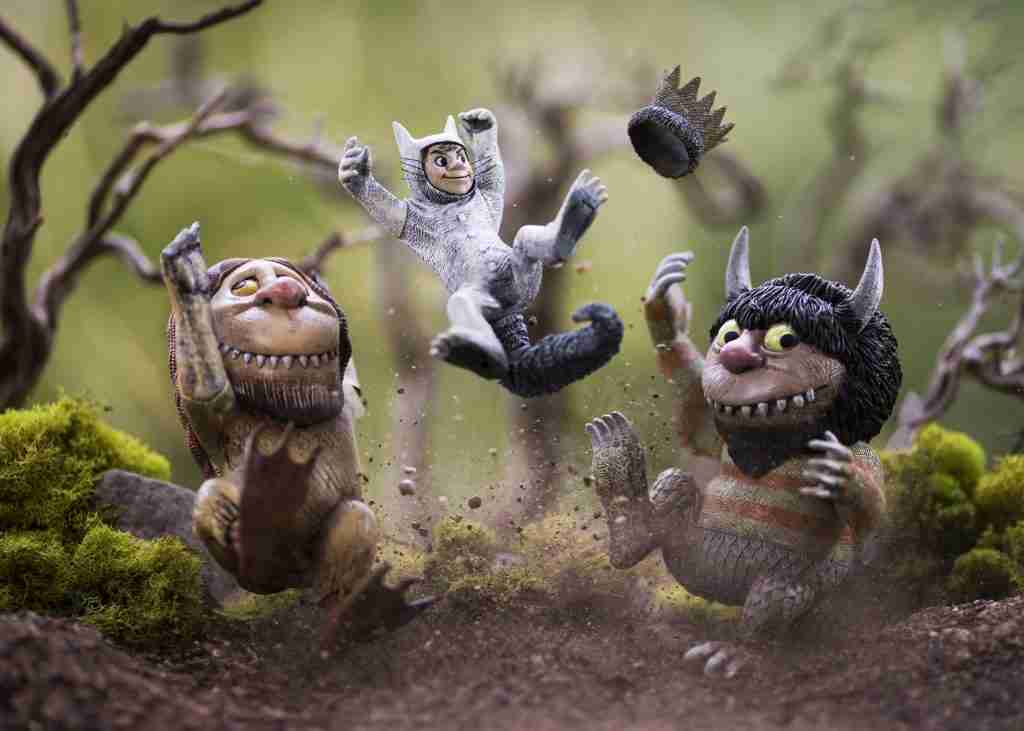 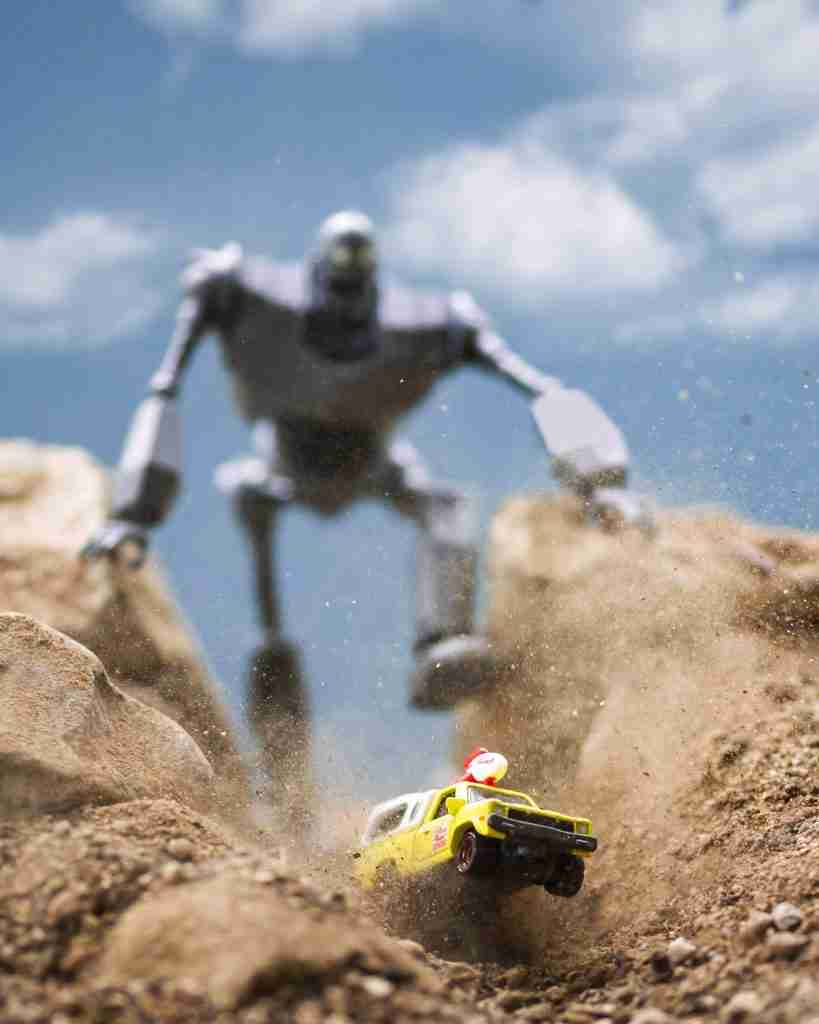 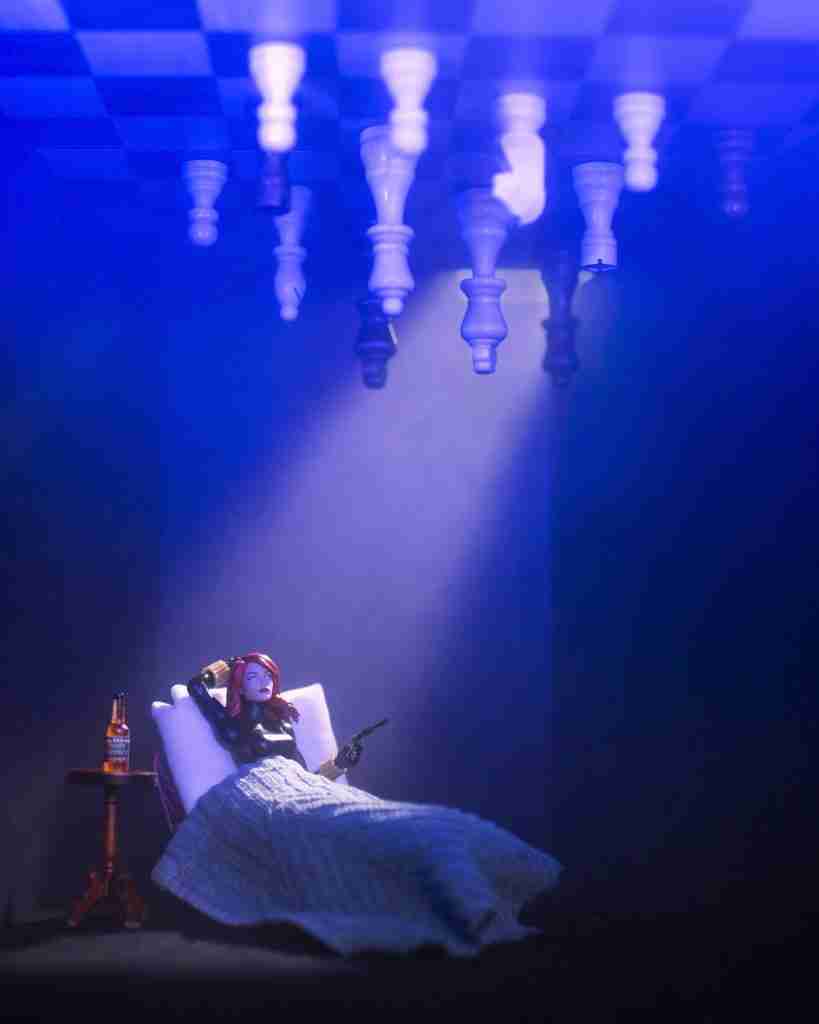 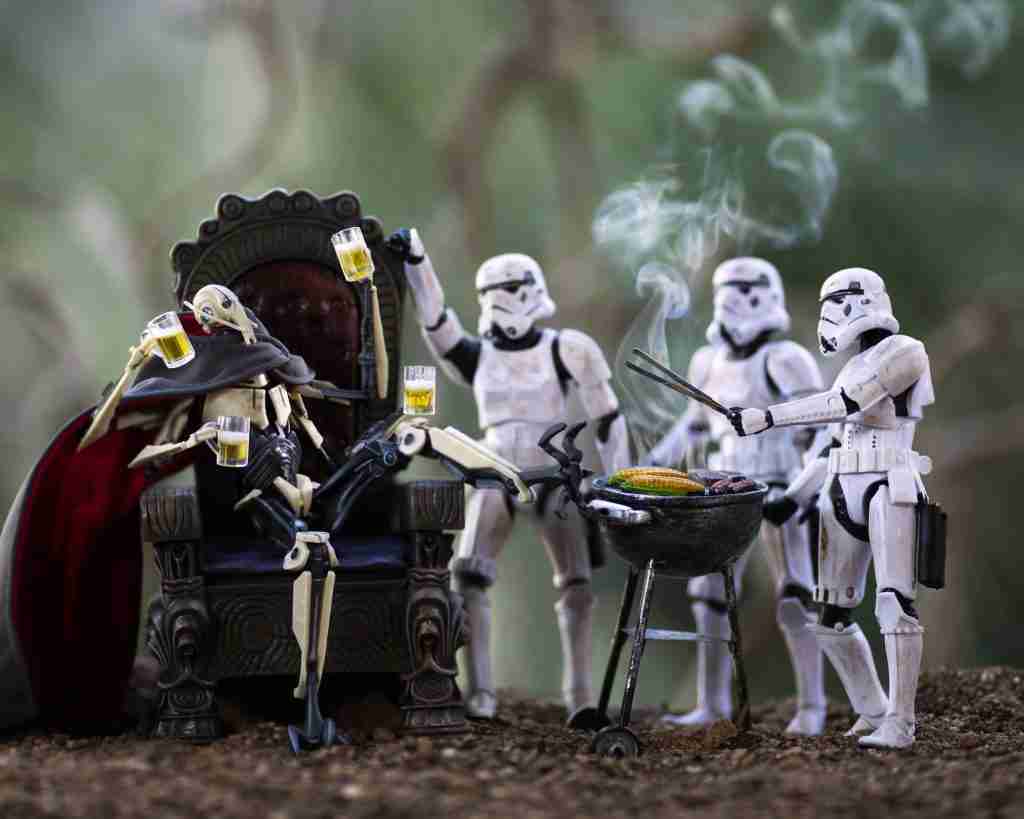