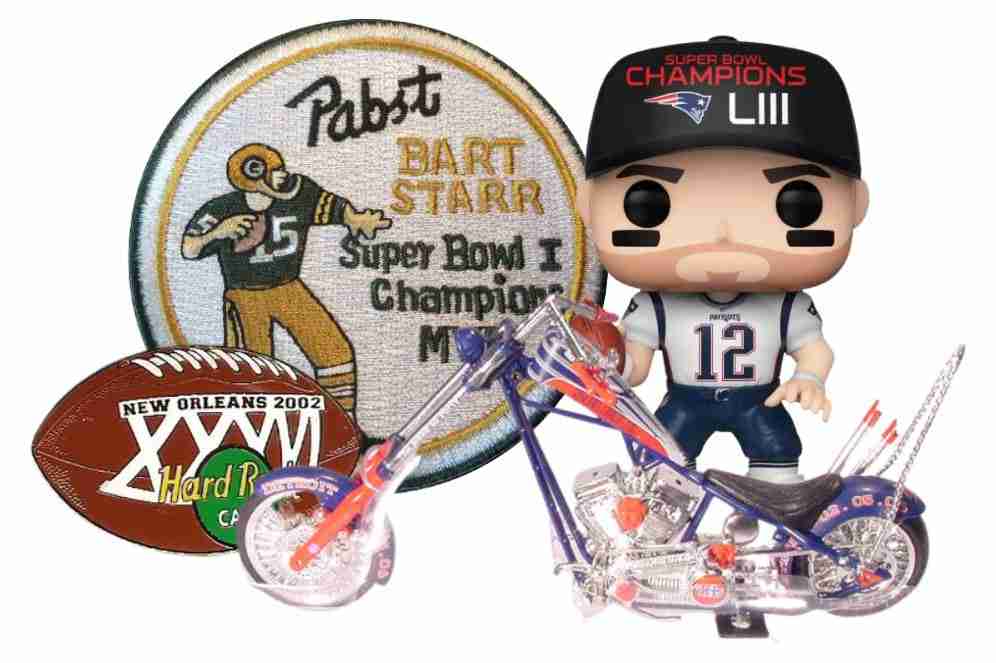 We’re celebrating Super Bowl LV here at hobbyDB when the Kansas City Chiefs and Tampa Bay Buccaneers square off for the 55th installment of football’s annual rite of passage.

More than five decades worth of games have created everlasting memories on the gridiron, as well as its own specialized niche in the world of collectibles.

We thought it would be fun to take a look at some of our favorite Super Bowl-themed items found on hobbyDB.

Hard Rock Café pins are the Super Bowl MVP when it comes to hobbyDB. With close to 200 Super Bowl items in the database, HRC pins account for roughly 80 percent of those items.

Peculiar as it might be, the designation as the most valuable HRC Super Bowl pin in the database belongs to the Rome version of the Super Bowl XLII pin of the American Football Helmet Guitar Series. 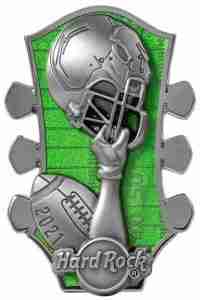 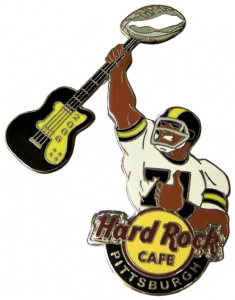 This might have come in handy for forlorn Cincinnati Bengals fans who watched as Joe Montana and the San Francisco 49ers ripped the hearts out of their team late in Super Bowl XIX. 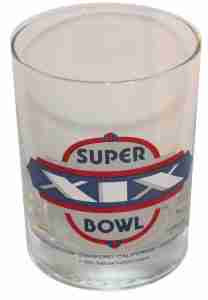 Arguably some of the neatest Super Bowl items on hobbyDB are the authentic patches. 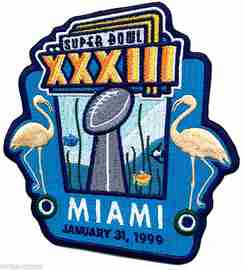 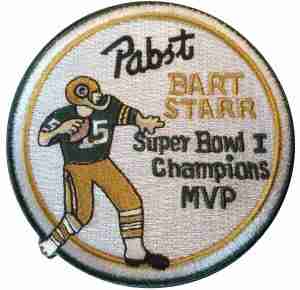 Tom Brady has as many Super Bowl appearances (10) as he does Funko vinyl figures. 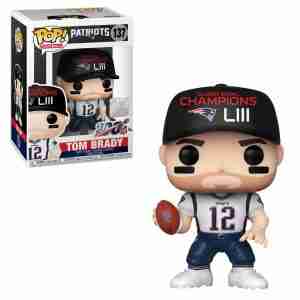 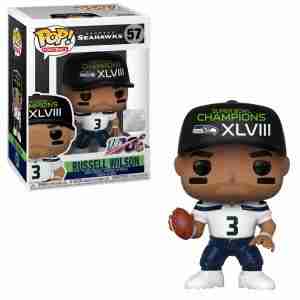 The city of Detroit played host to its lone Super Bowl (XL) in 2006 when the Pittsburgh Steelers knocked off the Seattle Seahawks 21-10. Ertl paid homage to the game as part of its Orange County Choppers series.

The Kansas City isn’t just in this year’s big game, the Chiefs also took part in the very first Super Bowl on Jan. 15, 1967 against the eventual champion Bart Starr (see above) and the Green Bay Packers. You have to wonder if the owner of this game ticket from that afternoon had any idea just how big the Super Bowl would become. 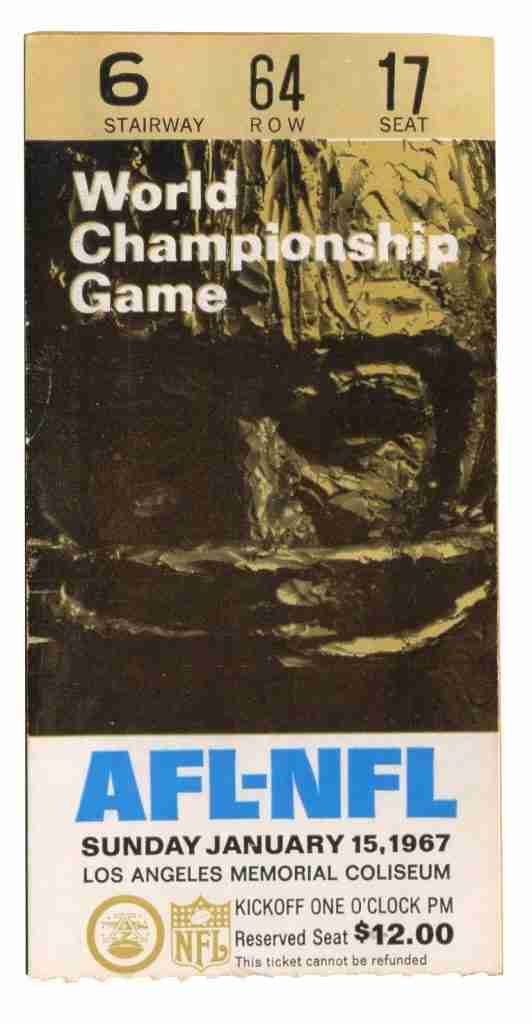 Does your fandom for football run as deep as your enthusiasm for collecting? Share your Super Bowl collectibles with us, or, better yet, become our Football, NFL or Super Bowl curator on hobbyDB! If interested, message us at support@hobbydb.com.