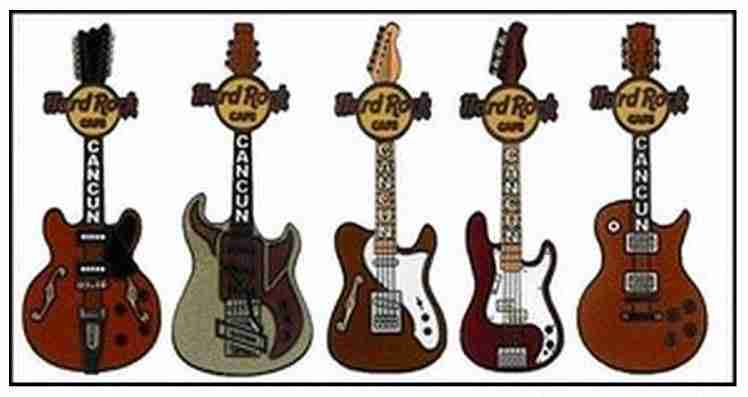 It’s National Guitar Day and we’re rocking out to one of the most popular and plentiful items found in the hobbyDB database…the Hard Rock Café Guitar Pin!!

On hobbyDB, you’ll find close to 35,000 HRC guitar-themed pins — 34,917 to be exact, or roughly a third of all pins on hobbyDB — dedicated to guitars, picks and music icons representing the Hard Rock Café from across the globe and the alien world beyond.

This Double-Guitar “Opening Staff” style pin was created in 1989 and only distributed to staff members, including those at the Hard Rock Acapulco. They came with a rarity of just 1,000 made. 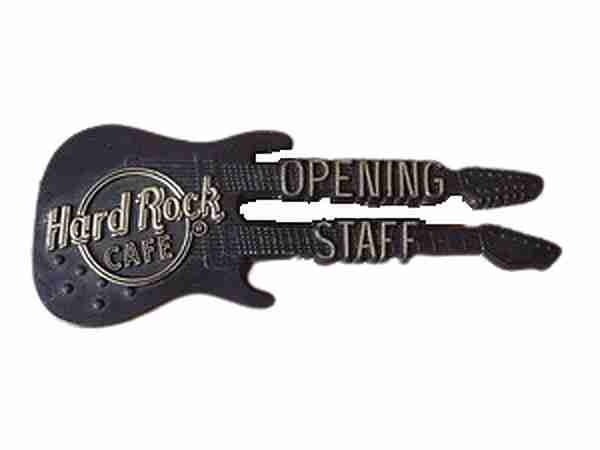 This collection takes the HRC USA Skyline Guitar Series and re-imagines them in gold, rather than the original silver. This framed set is one of 60 Official Framed sets found on hobbyDB. 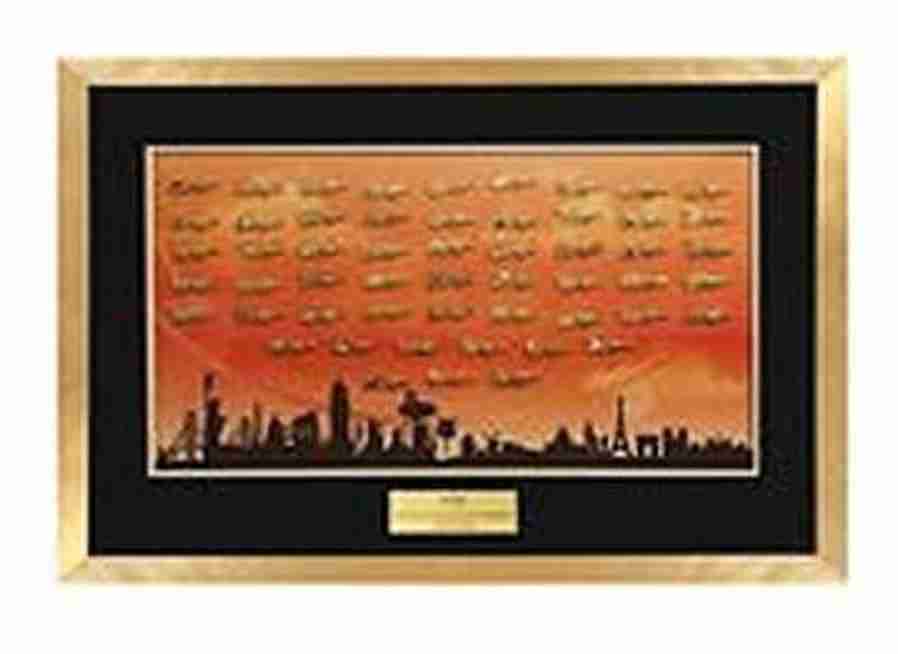 A part of the Hard Rock Online Exclusives series, only five of these pins were produced between 2004 and 2005. The classic Flying V style pin was packaged in a lacquered red maple box with a COA. 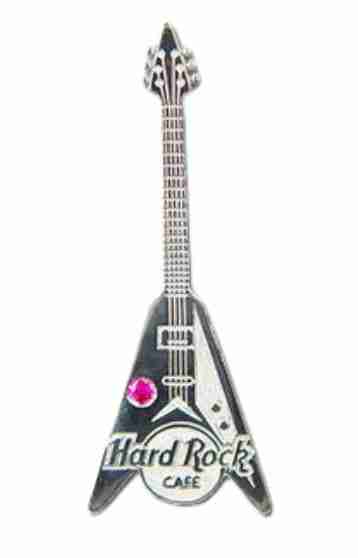 The 14K Gold Guitar featured white gold with a blue sapphire gemstone. The pin was originally given to select flight attendants as part of a Hard Rock Café program that sold meals aboard flights. 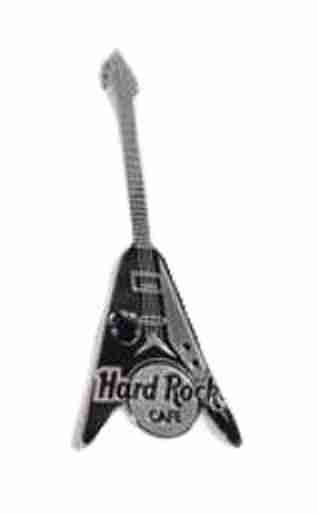 The No Name Les Paul Guitar series were the first pins to be sold retail in the world. You’ll find close to 40 of them on hobbyDB, but none with an estimated value higher than the White Logo Prototype created by Gift Creations.

Read more about the history of their creation here.

This pin was made of solid 14K gold with a 30-point diamond center stone and arrived with a rarity of just five produced. It was sold exclusively online and packaged in a lacquered Burley Maple box with a COA.

This sterling silver pin is shaped like the African continent to commemorate the 1985 Live Aid concert. It most recently sold for $1,200 in February of 2018. 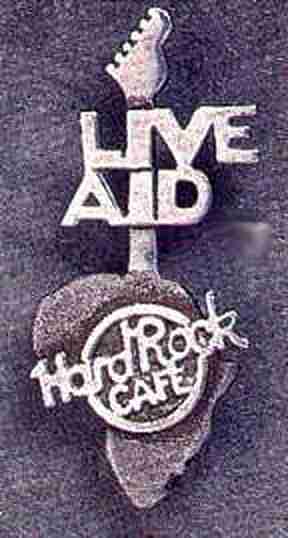 With a $1,400 estimated value, this collection closely trails No. 2 on the list, which conveniently happens to be… 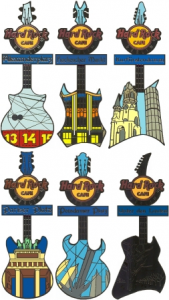 Arriving a year later in 2014, this prototype set was released exclusively at an event at the Hard Rock Café Berlin. 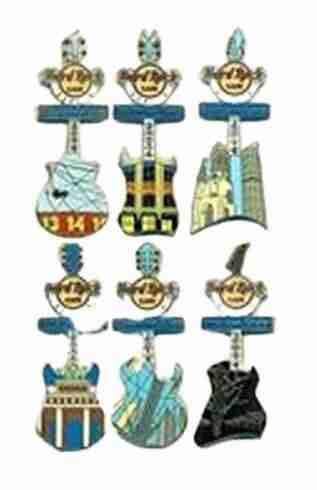 What’s the Hard Rock Café Guitar pin that’s laying down the sweetest riff? That would be the Jeweled – Breast Cancer Awareness Guitar.

The one-of-a-kind pin made its debut in September of 2018 at a Pinktober launch party hosted by Melissa Etheridge at the Hollywood Hard Rock Café. A month later its auction closed at $5,125 — with all of its proceeds going towards the Breast Cancer Research Foundation. 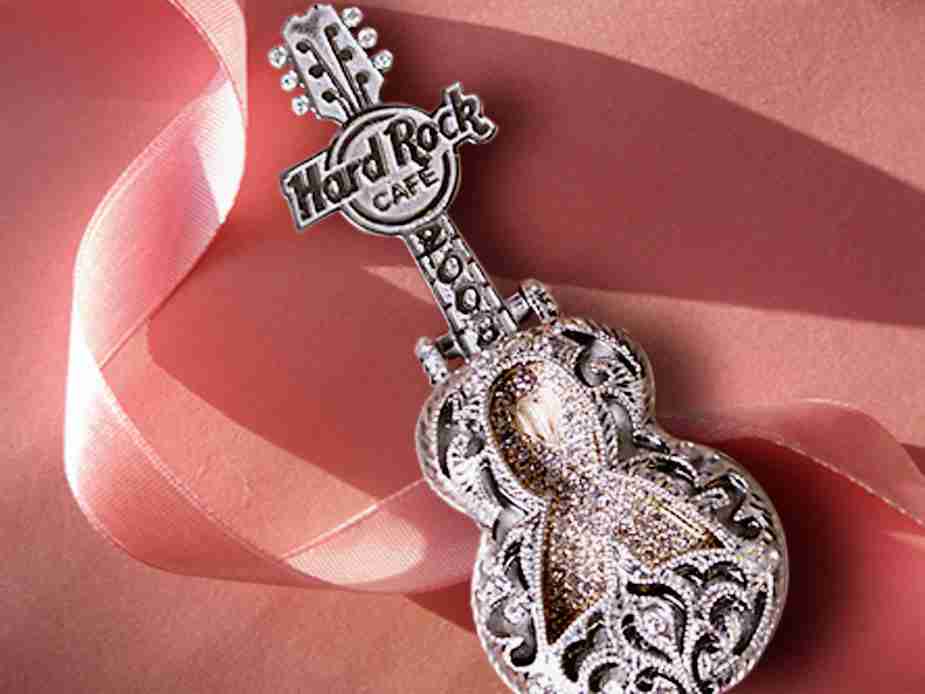