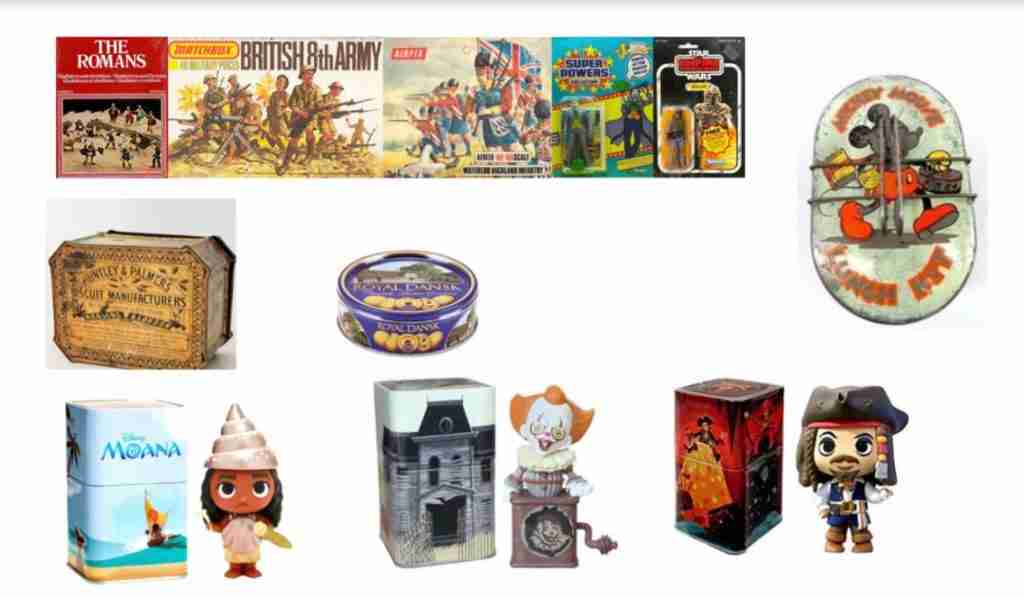 Since my childhood, I have always liked tin boxes. The reason, I guess, is that my older brothers used to keep their soldiers in biscuit tins. So as every child who wants to replicate their brothers, I did the same, following their example and started to keep my treasures in them.

It was the perfect place to keep my figures and their accessories safe, especially my favorites at that time, Boba Fett and The Joker, both from Kenner.

But the history of tin cans and lunchboxes started in the mid-19th century. The British Empire had become the dominant world supplier of tin plates. Biscuit tin manufacturing was a small part of the industry at the beginning.

The tins were used to maintain the freshness of the groceries, which as a result had a huge increase in demand during this century and made a revolution in the food industry.

Biscuit tins are usually made of metal and decorated in many different ways. The first decorated biscuit tin was made by the English company, Huntley & Palmers in 1868. 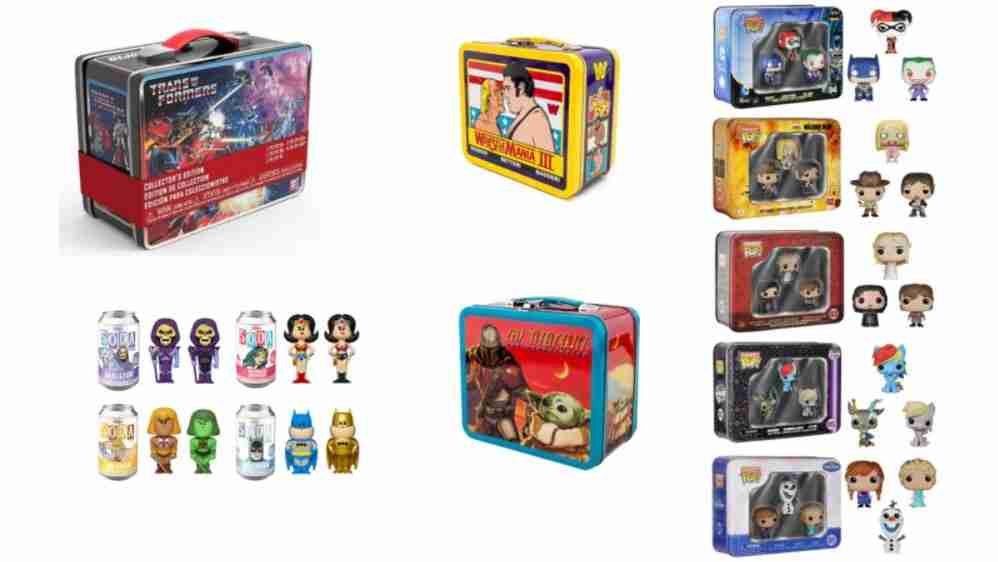 Lunch boxes can trace their origins to the 19th century as well when working men protected their lunches from the perils of the job site or just for heating the lunch directly from the cans. At the end of the 19th century, their popularity began, when school children, who wanted to emulate their daddies, fashioned similar caddies out of empty cookie tins.

The first iconic character that appeared in a lunch box was Mickey Mouse in the 1930s. But the lunch box as a personal statement really took off in the 1950s with television. From there, the golden age of lunch boxes took place from the 1960s to the early 1980s.

Thanks to their popularity, some companies still use tinplate to make cans and boxes.

Funko, as it was expected, has been offering us tin cans and lunch boxes since 2014, with the release of Pocket Pop! tins, which includes three figures in each one. The same year, Funko surprised us at the 2014 SDCC with a Spongebob Leonardo And Plankton Shredder set, limited to 1,000 pieces. It would be interesting watching more sets like this in the future, at the end, it is the No. 1.

We can also find different Mystery Minis that have a tin can as packaging, from Disney characters to Pennywise.

Last year, Funko brought limited edition vinyl Soda figures to our collections and started producing lunch boxes with characters such as The Mandalorian or Hulk Hogan.

They also released the Funko Transformers vs G.I. Joe Mystery Box, exclusive to GameStop, which has a lunch box as packaging. So, I guess we’ll be seeing more of them for a long while, which is wonderful.

The passion for collecting these beloved pieces runs through avid collectors around the world, making them an important part of our collections. I hope you enjoy this article bathed in nostalgia. Have an excellent week, let me know if you’d like to know more about Funko tin cans and lunch boxes in the comments and keep on Popping!

I saw the Danish cookie tin in the middle of the image and I thought back to my Mom buying them for us when we were kids. I think I have one still in a cabinet somewhere! I don’t see it in hDB though!