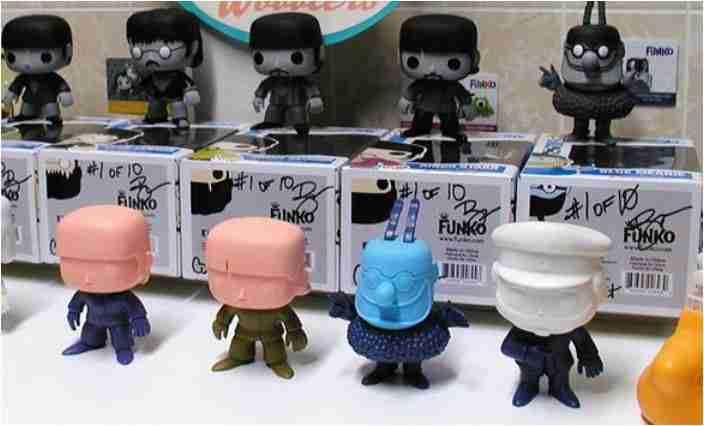 Toy Fairs are always synonymous with surprise and good news from toy brands.

Sadly, some of the releases are cancelled every year and Funko is no exception. Sometimes, they are not produced because of licensor approval, others simply become urban legends.

However, those very rare original Pop! unproduced prototypes are treasures in the wild, just waiting on the proper auction for avid collectors around the world.

If you happen to have a spare thousands of dollars laying around, maybe you will get a one-of-a-kind for your collection. At the end, there’s always room to add them, isn’t there?

Let’s review some of them.

My first stop is the Beetles Black & White. These variants from the Liverpool Band were supposed to be Gemini Collectibles Exclusives. Eventually, the project was cancelled by the licensor.

As same as another “White Whale” such as Clockwork Orange (Glow in the Dark) and its common version, each box comes hand signed and numbered by Funko’s Brian Mariotti on its bottom with the words “color reject,” — which had to be handwritten on the box as well.

There are only 10 existing pieces for each amazing and rare item. Following Beetlemania, Funko decided to cancel Captain Fred and Yellow Submarine Pop!s as well. Both were announced at the 2012 New York Toy Fair.

Next, one of my favorites events, in which one we can find a long list of cancelled Pop! figures, was at 2015 NYCC Toy Fair.

At Toy Tokyo’s booth, Mindstyle, Funko’s partner to Asian market, presented several Pop! series, but most of them never received the green light to produce them.

The most relevant items could be the Freddy Funko variants and the Pope Francis Pop! figure. The latter was produced as merchandising for Pope Francis’ visit to the Philippines in 2015. Mindstyle, as the legend says, ran 200 pieces, which were only available in the Philippines. The idea was released as a common after that, but the project was cold. 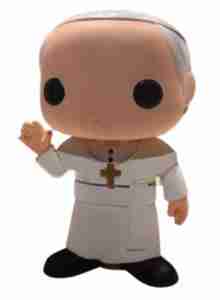 Back to 2017, the Nick Morton Pop! from the movie The Mummy (2017), like in a Hollywood premiere, was shown in two parallel events in New York City. It was presented at BHImpact, at their annual showcase event for Universal Studios and 2017 New York Toy Fair. A few months later, this Pop! was cancelled. I don’t know how many of them were produced, but I guess less than 500 pieces.

Finally, since 2011, Funko has shown different Pop! Concept Prototypes at different events, particularly NYCC Toy Fair. Many of them were scratched, such as Reservoir Dogs Pop! Series. Luckily for other designs, we only had to wait a few years until Funko decided to produce them. It’s interesting watching the very first concepts of Pop!´s  like the Godfather, Ron Burgundy or Sandy Olsson, and how different the final design is a few years later.

I hope you find this information helpful. Have an excellent week and keep on Popping! Click here to see all of the Funko Prototypes currently found on hobbyDB. 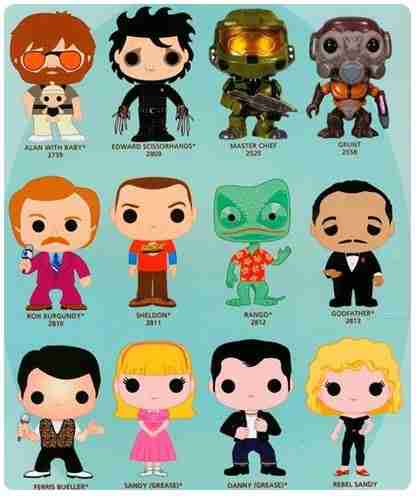 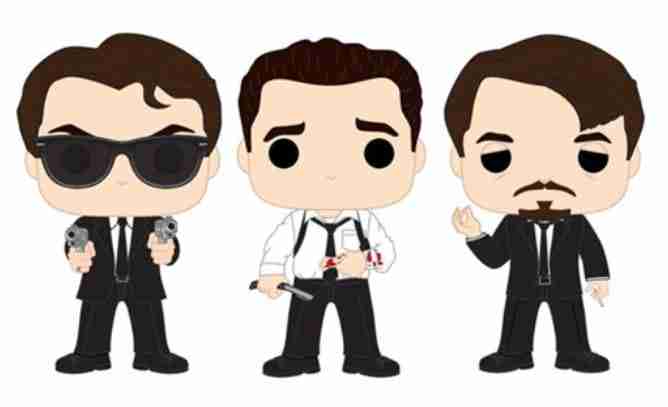