Meet @Need4zcars, Spreading Kindness and Positivity One Hot Wheels at a Time 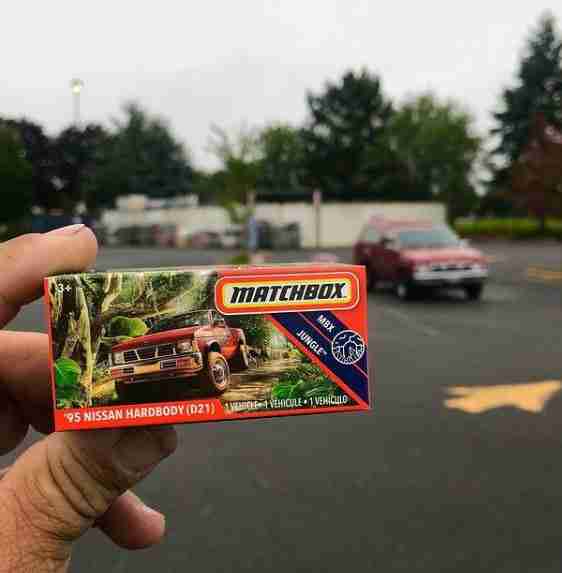 Have you ever walked out to your car and found an exact Hot Wheels replica of your vehicle awaiting on the windshield?

If so, you might have Mikhail Protopopov, aka @Need4zcars, to thank.

Mikhail might be relatively new to Hot Wheels collecting, but his impact has certainly already been felt with more than 1.3 million TikTok followers and another 53,000 on Instagram.

Fans flock to the @Need4zcars account to get a glimpse of Mikhail’s impressive collection (including customs), hunting excursions and, of course, his endless supply of positivity.

A self-professed lover of JDM (Japanese Domestic Market) cars, Mikhail has garnered quite the following in part because of his charity, in which he leaves exact replica Hot Wheels on unsuspecting car owners that he encounters while out-and-about throughout his day. His first video has wrung up more than 37.6 million views and climbing.

The reactions? See for yourself in the videos below.

Mikhail recently took some time away from doling out Hot Wheels to share with us some of his passion for diecast collecting and more. 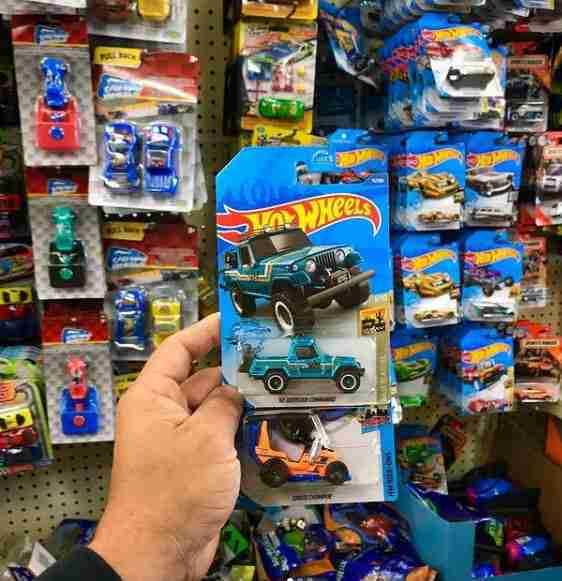 When did you first begin collecting? Was it Hot Wheels?

I first started collecting Hot Wheels in 2019 when the first casting of the 300zx model came out. A fan of my car messaged me and told me about it. He instructed me where I should look for them and how to find them. Took me about 2 months of finding nothing until one day I received a Hot Wheels box full of 300zx white castings from that very friend as a gift. From there I started going out hunting and building a display. I also have the video when it arrived.

How big is your collection these days? Do you collect anything specific?

I have been growing my collection for two years now and currently own about 4000+ cars and counting. I try to mainly collect JDM cars but also look for hot items others are looking for so I can trade.

What is it you love about collecting?

What I love most about this hobby is that you have to be active, discipline yourself to wake up early to be at the store first. When I arrive at the store I’m always excited to hopefully find something new. It’s like looking for treasure to me, plus since I record everything on my Instagram story people that are watching it also get a thrill from it. It’s always a mystery what you might find. 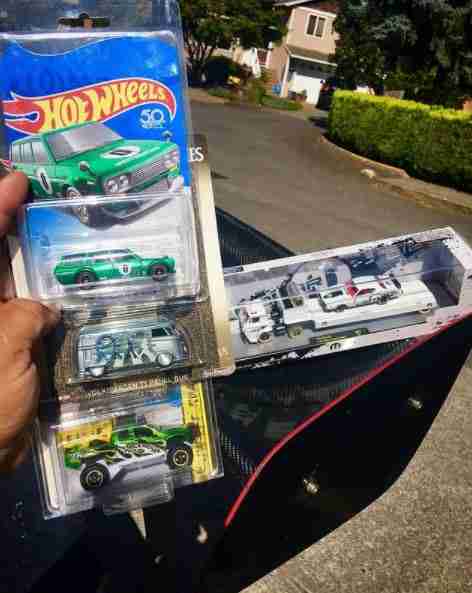 What was behind the idea for gifting Hot Wheels models to people with the same vehicle?

Before I even started collecting Hot Wheels I always served people, at different events and fundraisers, so gifting or doing something for someone was always my second nature. When I started collecting, I learned that if I want other collectors to be my friends, I would have to gift them something that they are looking for to gain their respect and friendship. So many times at stores if I would beat another collector there I would give them a car that they had been looking for. But recently I thought how cool would it be for people to own a small version of their own car, so I started doing it more often.

What’s the response been? Do you have a favorite reaction from anyone in particular that you surprised?

Every time I put a Hot Wheel on someone’s car and wait for their reaction, it would always be something you don’t expect. My most viral video was actually my favorite when I saw his car outside my window I started looking for it in my boxes and decided I would put it on his car and wait for him, and the reaction I got from that was unexpected. Later we met and became friends and I took him on a hunt with me, and every time he would find some cool JDM car he would literally jump because he has a very hype personality. But that video was my favorite reaction. 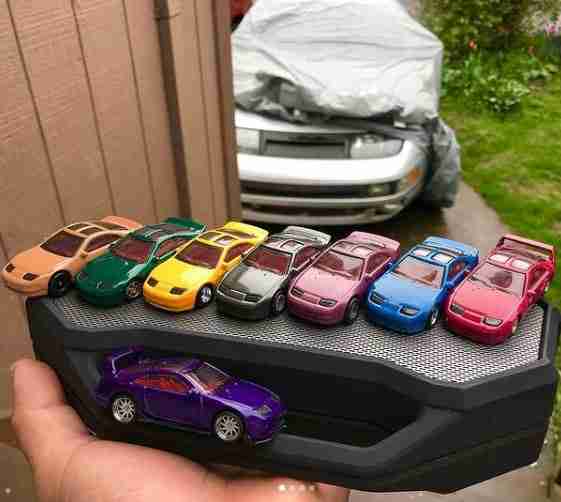 What’s your advice for someone looking to start collecting and hunting for Hot Wheels?

To anyone trying to start off collecting I would recommend that they find a local Hot Wheels shop or maybe meet a collector in their local store that could help them with finding good cars. It’s never easy to find new releases or any good cars because there are so many collectors out there, but I found becoming friends with other collectors can really help in collecting and growing your collection. Also follow pages that update you on what’s coming out next, so you know what to look for.

What do you enjoy most about the hunt? Anything else you’d like to include?

This hobby really taught me that it’s not just about collecting, you can customize them, race them, trade them, display them, and gift them. It’s a very fun hobby and it’s really good for stress relief and getting your mind off things that are happening around you.

✌️Finally did something I always wanted to do, I think he seemed pretty happy afterwards🙌 #fyp #cars #hotwheels #typeR #honda #civic #jdm #carpage

😮Didn’t expect her to be driving it, but hey I think she left with a smile and a Hotwheel version of her car✌️ this excites me #fyp #subaru #hotwheel

☺️Making this video defiantly had me smiling at the end, they seemed to be very impressed🔥 let’s keep this going🙌 #fyp #hotwheels #joy #matchbox

What a great idea – I need to stock up on some cool HWs/MBs and keep ’em in my car!

Yeah, that is fun. I haven’t done it with strangers so much, but I have done friends and associates whenever possible. A friend (best man in my wedding) has a white Plymouth Superbird. Gave him a white Johnny Lightning ‘bird. another friend (bar owner I’ve painted signwork for) husband has a 1969 Plymouth GTX with silver paint and black hood stripes. I found an old in the package Johnny Lightning for him. a 1964 Blue Dodge Polara from Autoworld for an old friend in that bar. Many more. The delight and lasting smile makes it all worthwhile.