I am interested in Collectibles and I don’t want the market to crash (see my recent blog post on What do Tulips, Beanie Babies and Trading Cards have in Common?), so I try to stay ahead in terms of collectible NFTs and other trends that have the power to shift the overall narrative.  One of those is the area of fractional ownership. 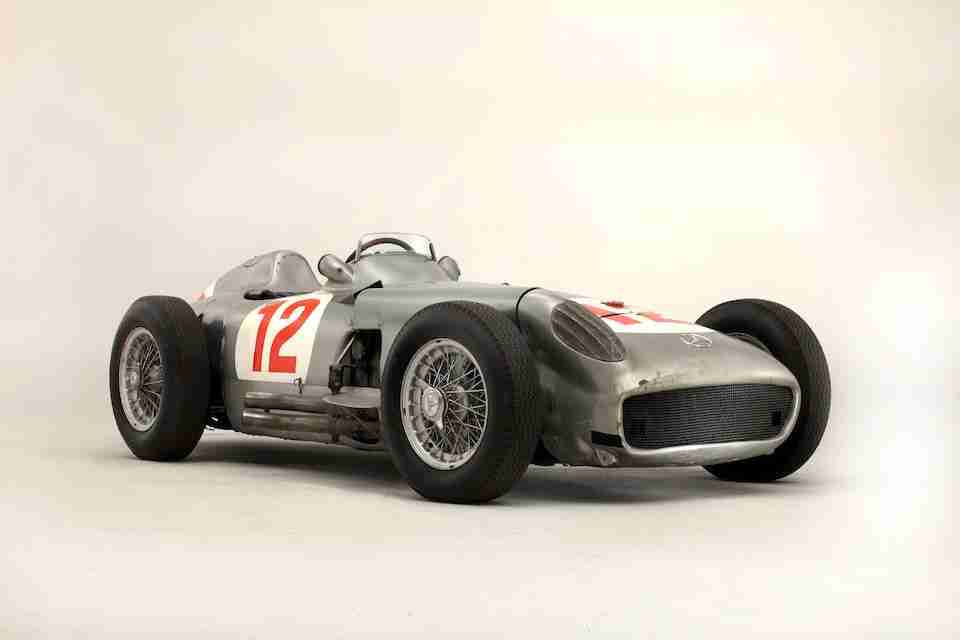 I would love to own part of a Lear Jet (if that allowed me to fly in it), was considering a time-share a long time ago (but am now happy I did not do it as I don’t always want to go the same place) and maybe could be persuaded to own a part of the 1954 Mercedes-Benz W196 that raced in Formula 1 during the 1954 and 1955 seasons (and that did win back-to-back drivers championships under driven by Juan Manuel Fangio – it was sold at auction in its “authentic” condition with dings and all for $29.6 million by Bonhams in 2013).  It would just be fun but possibly also a good investment.

Hence I read the insider newsletter Altan Insights, including this week’s edition.  They generally start with four new items for the 3 big players (Collectable, Otis and Rally), here are the ones from today  – 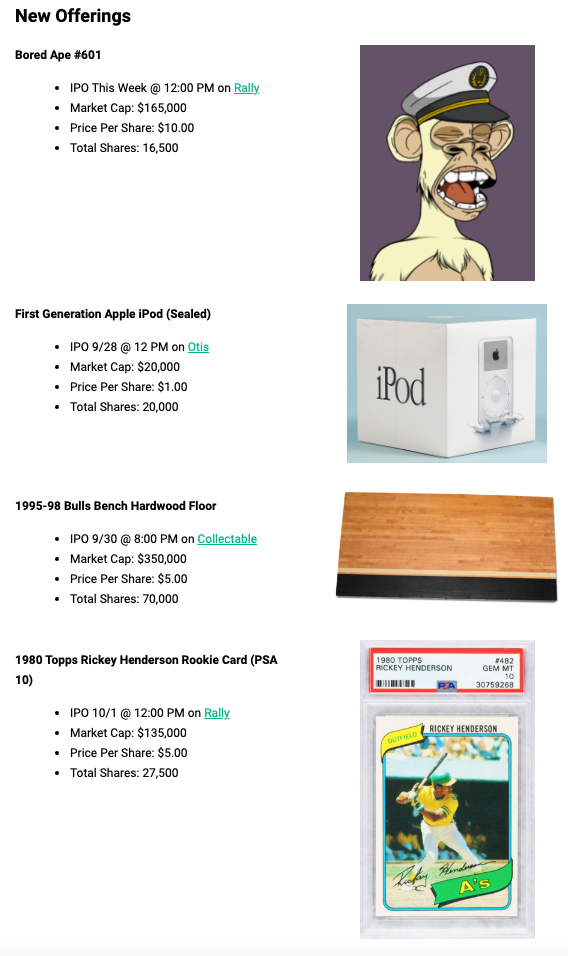 I always struggle with the “Market Caps”, so thought today I do some due diligence. Let’s start with the easiest, the First Generation Apple iPod (Sealed) valued at $20,000 –

Only 1 bidder, could be shill but let’s assume that is the marketprice that you can get when you are selling today (the ultimate and only valid test in my books).

VERDICT:  25% in the red before platform fees (and you cannot really hold the item in your hands – but with something that needs to be kept shrinkwrapped that might not matter much) 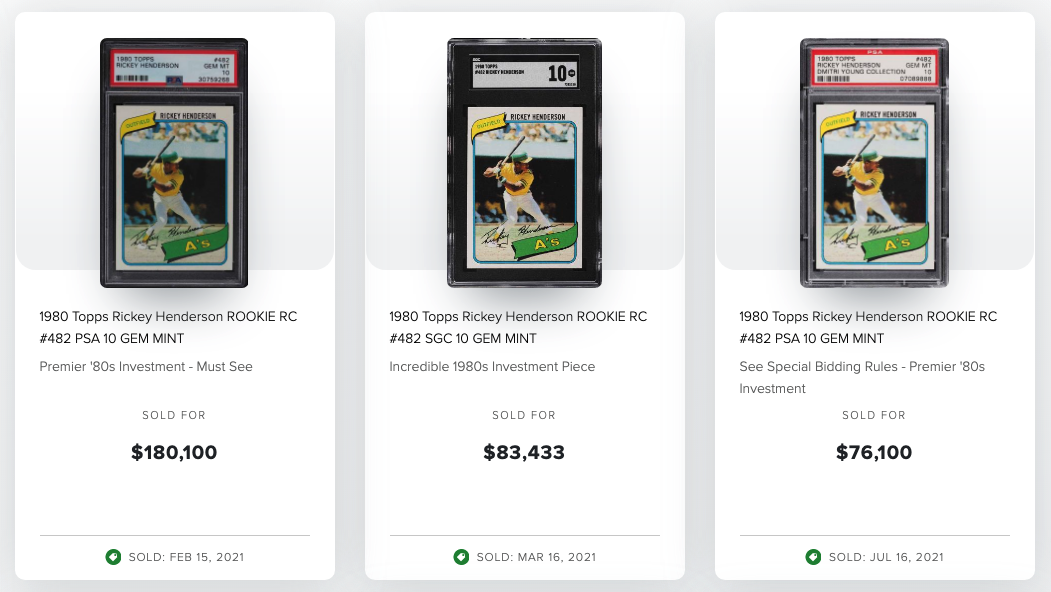 Maybe Rally bought this in February?  Prices have more than halved with the most recent sale being 68% lower at $76,100 (Note, PWCC does not charge a Buyer’s Premium).

VERDICT:  44% in the red before platform fees

Next up, the 1995-98 Bulls Bench Hardwood Floor valued at $350,000.  The What?  I had to read this twice.  So they are selling the bench that the Bulls were sitting on in the United Stadium, clever!  I am a big fan of Michael Jordan but at $350,000 call me skeptical.  I could not find this listing on the Collectables site (sold out?) so am not sure how much of the bench they are selling but I could find other offers very quickly like this one for the Stadium floor – 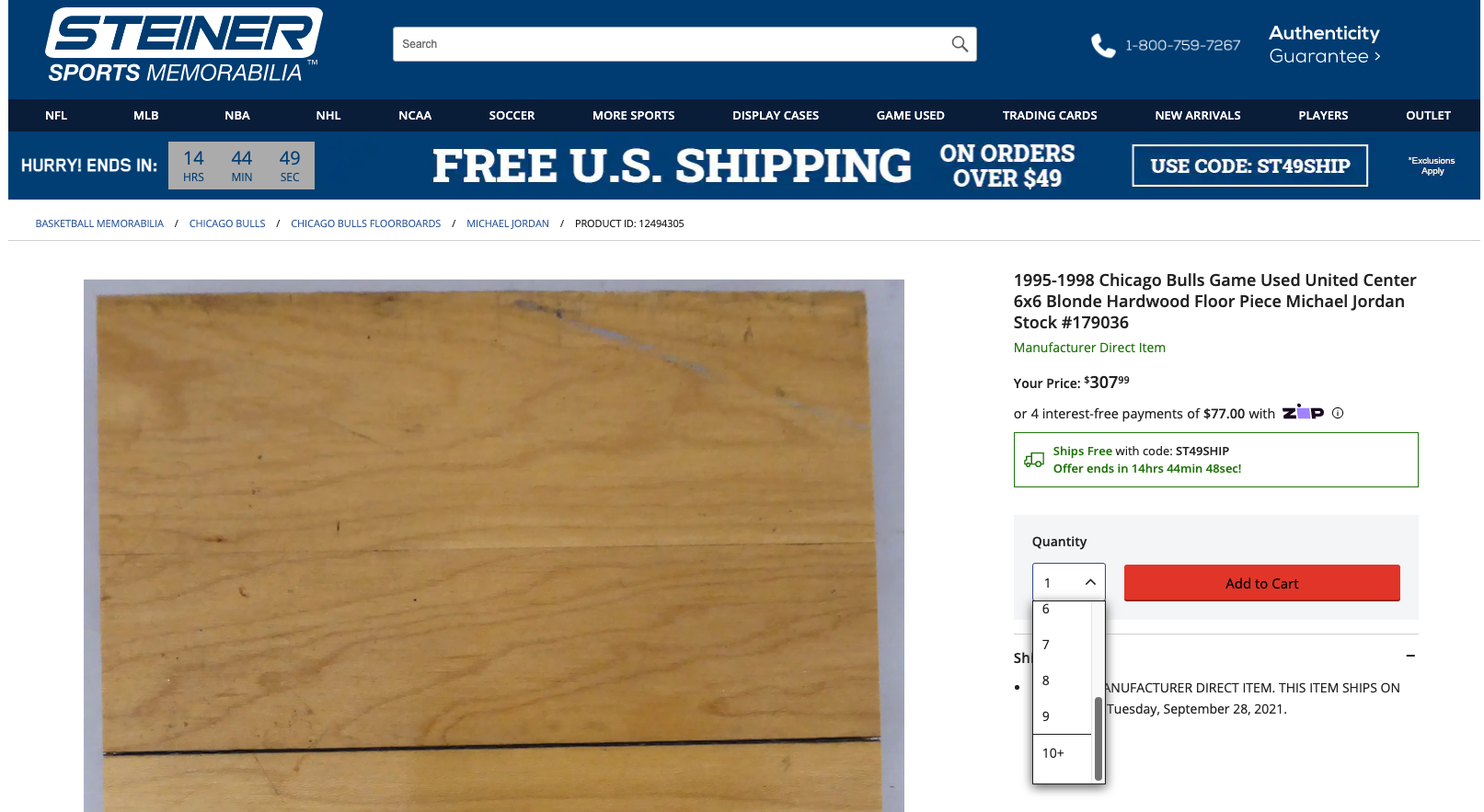 Verdict:  Should the bench cost 113x the floor?  Michael did not really sit on the bench and thus I think No.  Who knows but if I had to guess I think you are 95+% in the red here. 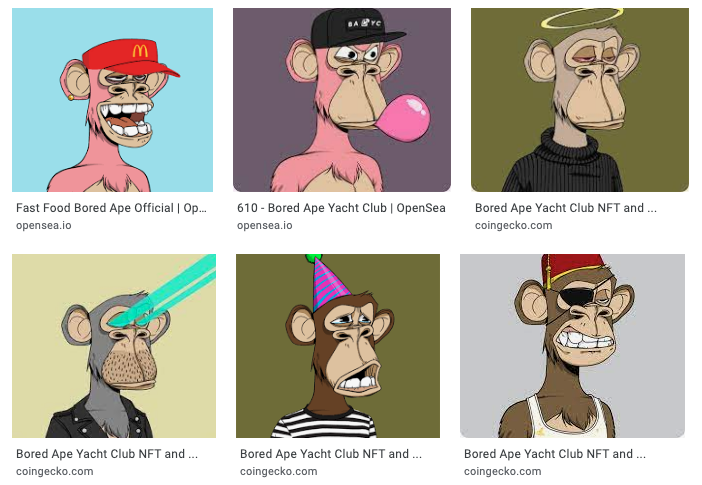 I tried for half an hour to find the one that Rally is selling – to no avail.  But I did find a price on the second one above with an offer of around $117,000  – 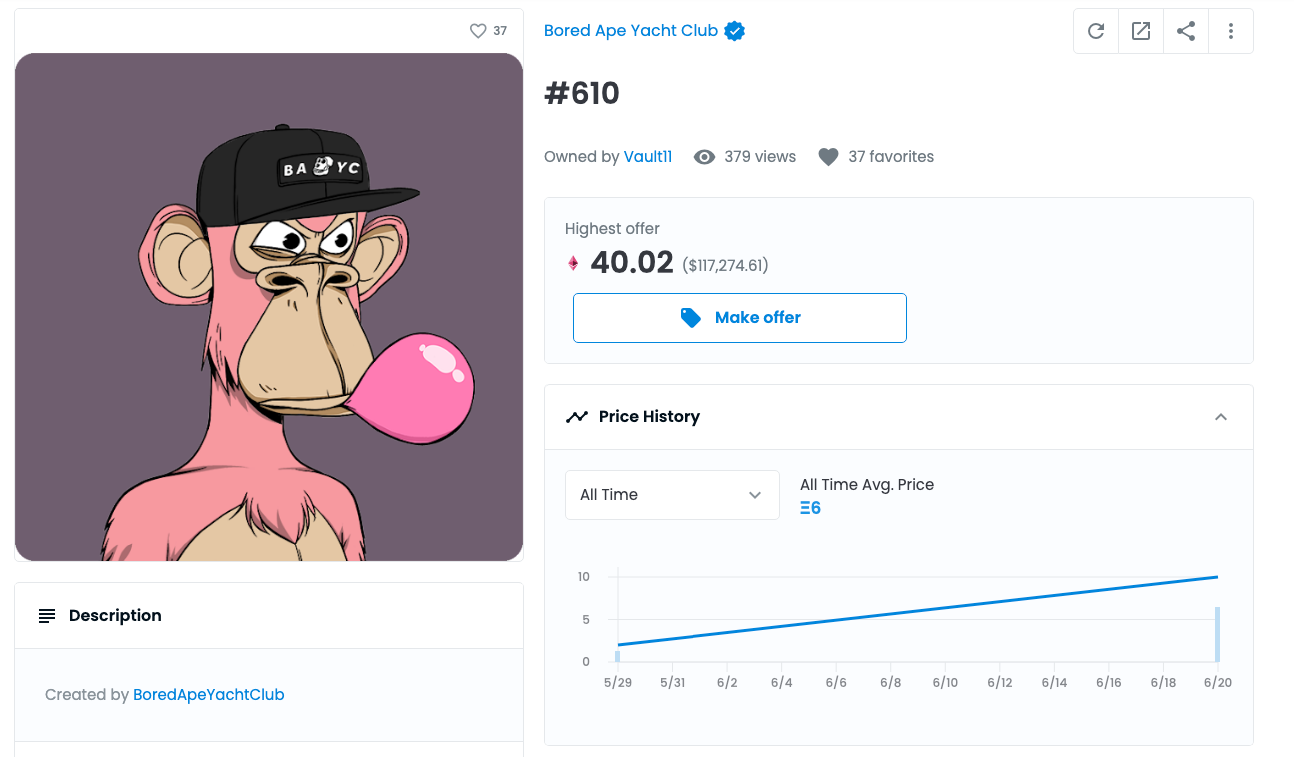 Are the Angry Eyes worse less than the Closed Eyes?  Does the chewing gum bubble add value?  I have no idea and have never found a more boring subject (I guess I am getting old but to me this is basically just a GIF – I would take a Trading Card any day over this).

Verdict:  29% down before fees (assuming these are indeed comparable and the highest offer on Opensea is solid, i.e. there is no buyer’s remorse like you often find on big tickets eBay auctions).  I personally think Collectible NFTs with no association to a physical item will crash and burn as there is nothing to stop the issuer,  here the Bored Ape Yacht Club who issued 10,000 of these Apes already to issue another 10,000 or 100,000 slightly different apes or gorillas (I almost said beanie babies here). 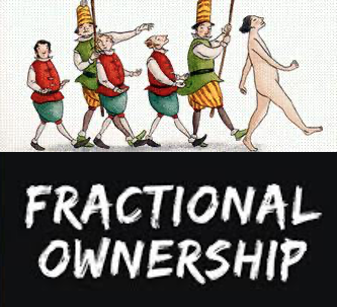 As a collector, I want to see an item on my shelf and not read about it in an email that tells me I own a part of it.  As an investor, I want to have early, exclusive access to an opportunity.  Here everybody (and I mean EVERYBODY) is allowed in at the same time and there is just no scarcity as the platform just buys another collectible when the last one is sold out.  These investments are illiquid, they are priced by the owner with no visibility in the underlying cost they incurred buying the item (which I think shows) and there are fees to be paid.  Frankly, I cannot think of a worse way to spend my money.  The above is my opinion and I would love to be wrong, maybe I am missing something here?  Please let me know in the comments.  And if you are working in the Fractional Ownership industry I love to hear your views.

I 100% agree with you. As a collector, one of the most important things is having a piece on my hands. However, I respect them, but my thought is that they are investing not collecting.

Nice investigative work! I had no idea.

Rally is now offering a first edition copy of Das Kapital, for $120,000! I love the irony as that means nobody from the worker class can afford it… and then capitalism comes to the rescue and allows 8,000 of them to own a share for $15 each (but no reading!).