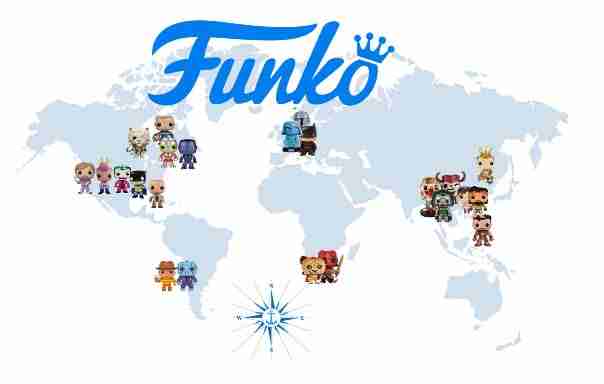 Conventions are coming back this 2021 just like they used to be. Step by step, we are recovering an important part of our lifestyle. I could not understand how to be a collector without the face-to-face interaction and the joy of finding limited editions at these events.

Funko is pulling out all the stops in order to make up for lost time because of the pandemic, with events such as Funko 2021 Shanghai Event, QTX QQ Tencent 2021, ChinaJoy Con 2021 and FunKon 2021. And it seems that the upcoming cons will be full of surprises as well.

My focus on this article is reviewing some of the Pop! treasures found in different conventions around the world before 2020, without considering the traditional ones as SDCC and NYCC. 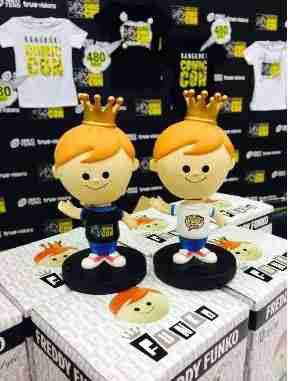 Since 2013, Funko has been releasing some of them, including variants and first-to-market editions, but others are grails that we would love to have in our collections.

Starting this world convention tour at Dallas Comic Con 2013, where we could find amazing figures, as The Joker (1966) (Metallic) #44, from the 60’s Tv series, and DC Universe Reverse Flash #39 and its Glow in the Dark variant.

In order to complete the metallic duo from the classic Batman TV series, Alamo City Comic Con 2013 presented us this amazing version of the Caped Crusader, Batman (Metallic) #44. Same year, we found another treasure in Florida, Merle Dixon (Bloody) #69 from The Walking Dead was released at that year’s Tampa Bay Comic Con. 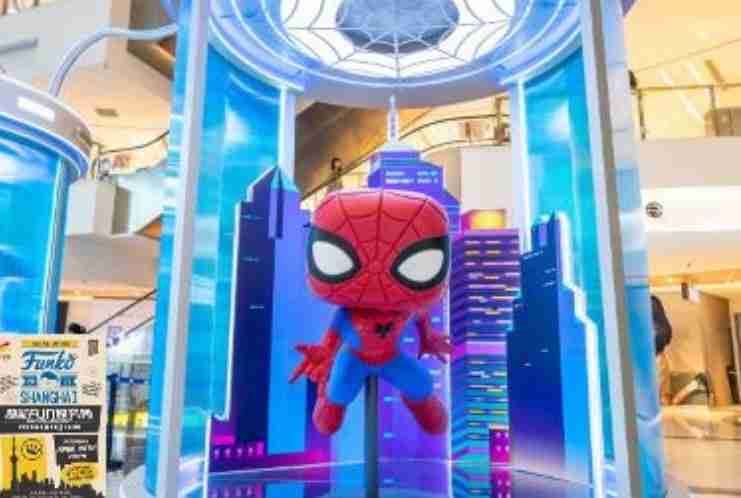 We didn’t wait too before going up the coast to the Rhode Island Comic Con 2014 where Blue Stealth Iron Man #04 was ready to go to our collections. Moving fast, without leaving us time, Funko launched one of the very first flocked Pop! figures, which was Ajani Goldmane #03 (Magic the Gathering), at GenCon 2014 — one of the longest-running and best-attended conventions for tabletop gaming in the world. 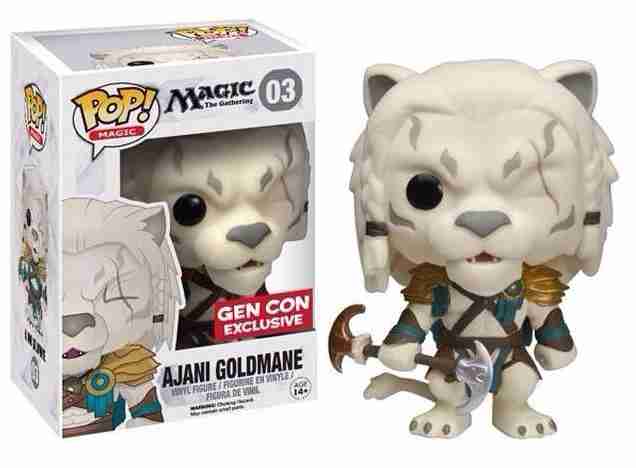 Crossing the border to Canada, we find the first most wanted on this trip to Marvel collectors, Captain America (Unmasked) #41 (Fan Expo Canada 2014). Although we could find a variant of this item as a Toymatrix exclusive as well, the sticker is not relevant with this one, because both are very hard to find.

The 2015 convention season brought us another jewel, Freddy Funko PlayCon 2015. This time, that rare Pop! was shown in Arizona. A year later, before the release of Ultraman Series to the Asian Market, the Big Apple welcomed the pre-releases of Ultraman #31 and Kanegon #35 at Play Fair 2016.

More recently, in 2019, Funko on its second contribution to DesignerCon, showed us a small tribute to Mark Hamill with the following Pop! Icons, Mark Hamill as The Joker #28 and its Purple variant (limited to 1000 pieces), Mark Hamill #27 (White Tee) and (Black Tee). The latter, we could find as well in a set limited to 500 pieces with a T-shirt designed by Nathan Hamill. If we thought it was little, we were wrong, because Brian Mariotti gifted Mr. Hamill a Pop! with a unique sticker that said Funko Prototype 1/PCS (given to the actor at 2019 Funko Fundays). 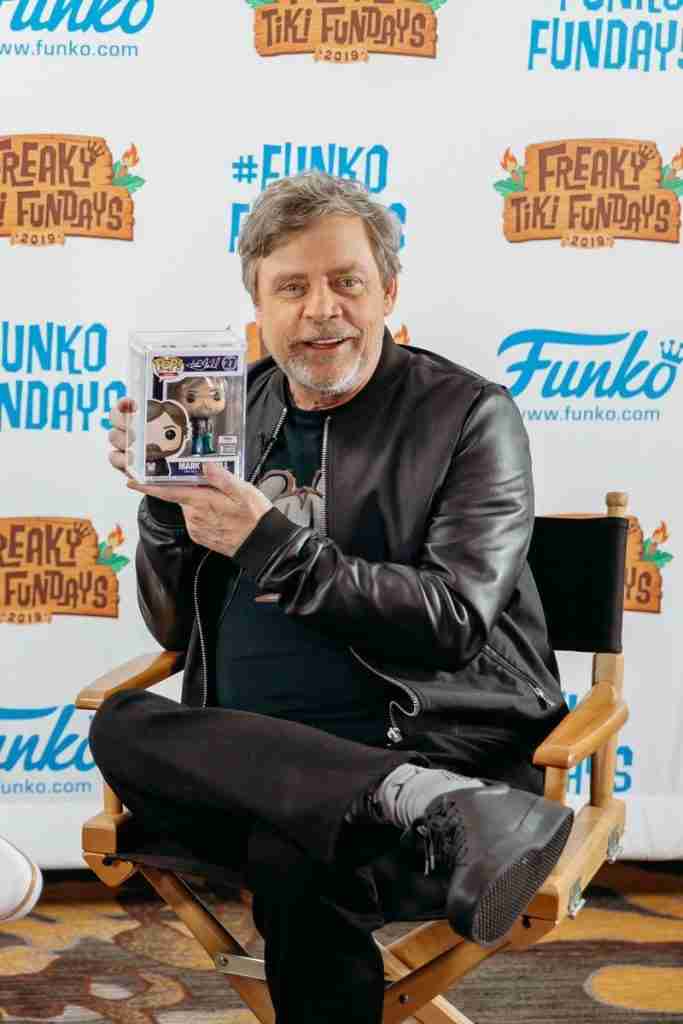 Travelling to the Southern Cone, we discovered at FestiGame Coca-Cola Santiago de Chile 2018 two variants of GameStop Exclusives: Freddy Krueger (NES Colors) #26 and Jason Voorhees (NES Colors) #25. Although other variants of those Pop! 8 Bit are not difficult to find, these are limited to 140 pieces each one.

Now, it is time to review Europe. Back to 2013, one of the most limited Star Wars Pop! vinyl was launched in Germany as a variant from another SDCC exclusive, Boba Fett (Droids) #32 (480 pieces) at Star Wars Celebration Europe II. The next, another white whale, came from a Galaxy far away too, is Holographic Darth Vader #33 that was shown in Paris Comics Expo 2014 and Dallas Comic Con 2014, both sides of the Atlantic, respectively.

Another remarkable Pop! that we can find in the old continent is the Hot Topic version of Batman (Earth 2) from 2015 German Comic Con.

Other relevant European conventions are Europe MCM London Comic Con and Japan Expo (Paris – France), which always brought us a lot of alternatives to their original US exclusives. 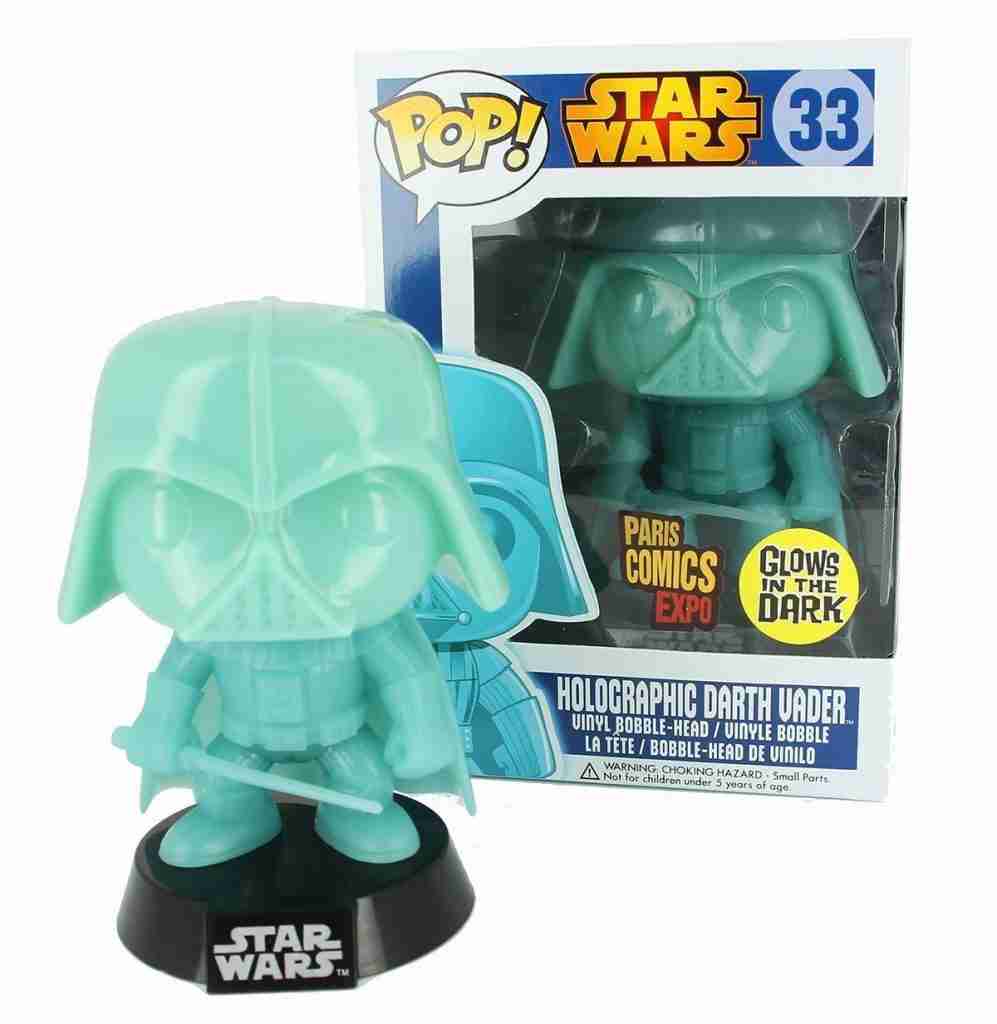 In 2018, on the road to the African continent, we found more convention exclusives. The event was Comic Con Africa, and it took place in Johannesburg (South Africa). With joy, a year later, they surprised us again by bringing more sticker variants to hunt. As in Europe and South America, all the exclusives are interesting versions from US retailers like Simba Flocked #547 and Hellboy with Sword #14.

We finish this journey heading East, finding interesting convention pieces on the Asian continent, most of them are Asia exclusives such as Legendary Creatures & Myths series. 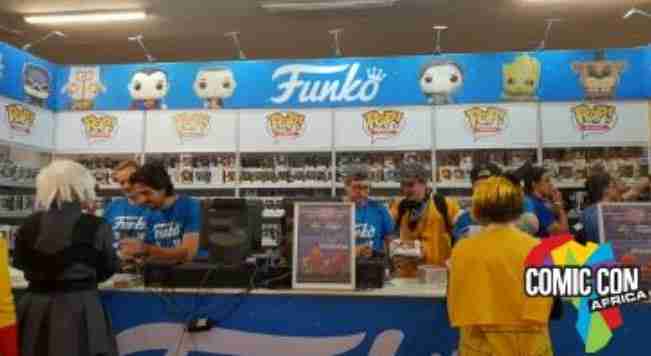 Although there are some valuable sticker variants from SDCC, like Tony Stark (Unmasked) #32 on its 2013 ToyCon version from the Philippines, which was shown at Big Boys Toy Store booth, all Pop! series had an important role there, as we can see at Thailand Toy Expo and Bangkok Comic Con. Those highlights include the Freddy Funko (Polystone Bobblehead) variants,  Hanuman (Polystone), Dr. Doom (Metallic) #17 and from The Army of Darkness, Deadite (Glow in the Dark), all of them from 2014 BCC edition.

In 2016, at Animation-Comic-Game Hong Kong (ACGHK), the start of the race would be given to the very first Street Fighter Pop!’s for fanatics of the video game franchise to hunt. 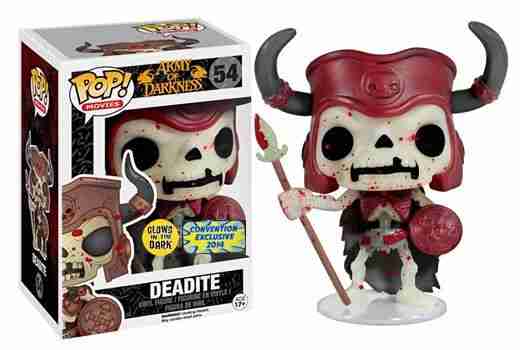 We’ll be seeing more Asia exclusives for a long while, which is wonderful.

Finally, in addition to the above events at the beginning of the article, I get the feeling that China will be very relevant in the world of Pop! in the years to come.

I hope you enjoy this review. Have an excellent week, let me know if you’d like to know more about Funko around the world convention exclusives in the comments below and keep on Popping!