Before introducing the MACJ, I would like to touch on the Japanese metal die-cast mini-auto-model industry.

In October 1959, the first full-scale model in Japan was released by ASAHI-TOYS in downtown Tokyo. It was a 1/42 scale with the brand name “MODEL PET” under the trademark “ATC”, and its No. 1 item was the Toyopet Crown Deluxe. 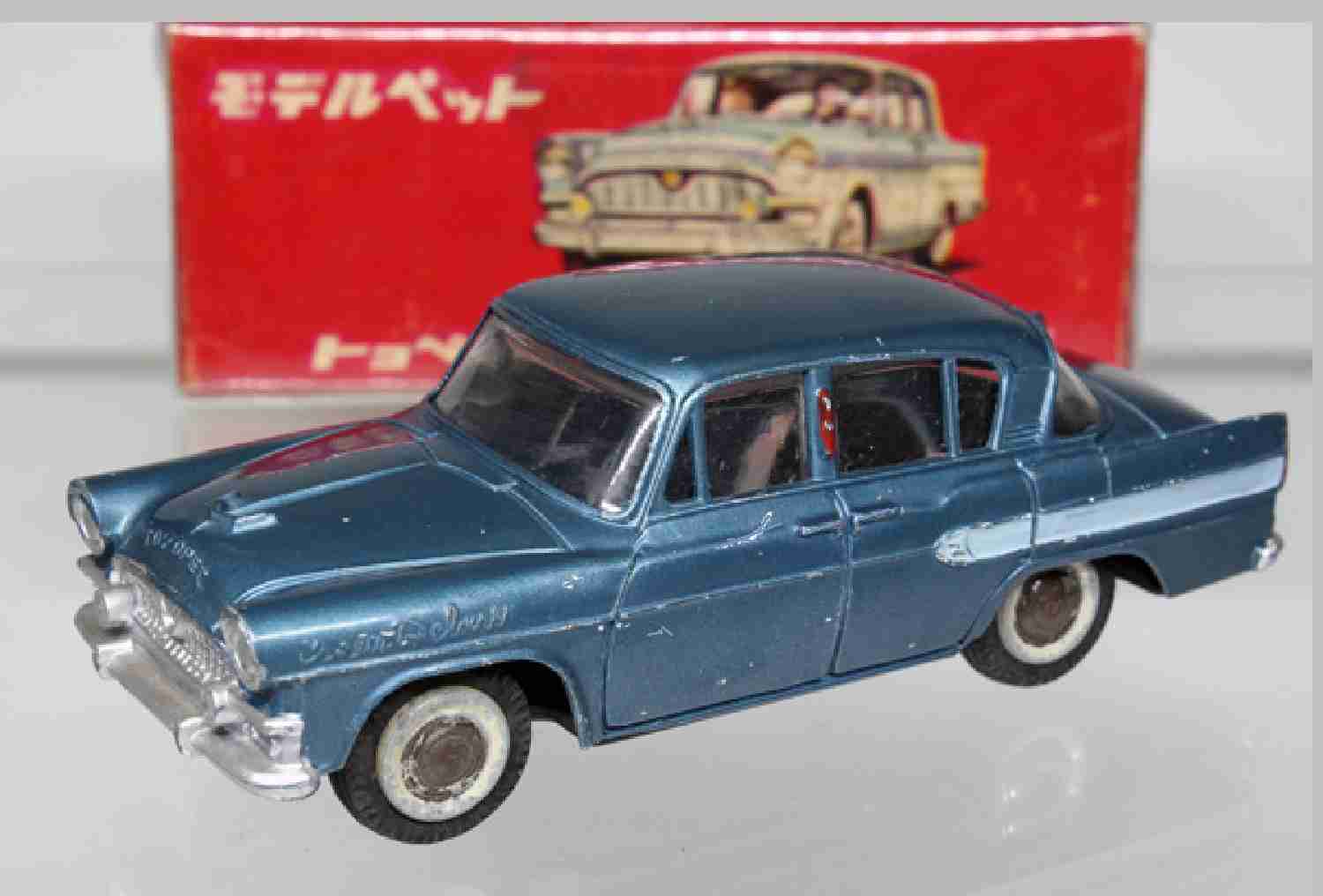 In April 1960, the Japanese government liberalized import restrictions on toys, including miniature models, from overseas. At the same time, Asahi Toys started importing items such as Dinky Toys and Corgi Toys from the UK one after another. Those items have appeared in department stores all over Japan. At that time, these foreign items were more expensive than domestic items, but they were of good quality and popular.

Furthermore, it was ASAHI-TOYS that greatly contributed to the enlightenment and development of the Japanese mini-auto-model collection. In March 1960, the company published 32 pages booklet called the monthly “Collector”. This booklet contains articles about new domestic and overseas items, event information, and readers’ collections. This magazine was published until the 106th issue in February 1969 and was the first magazine specializing in mini-auto-models in Japan, which greatly contributed to the increase in collectors in Japan. 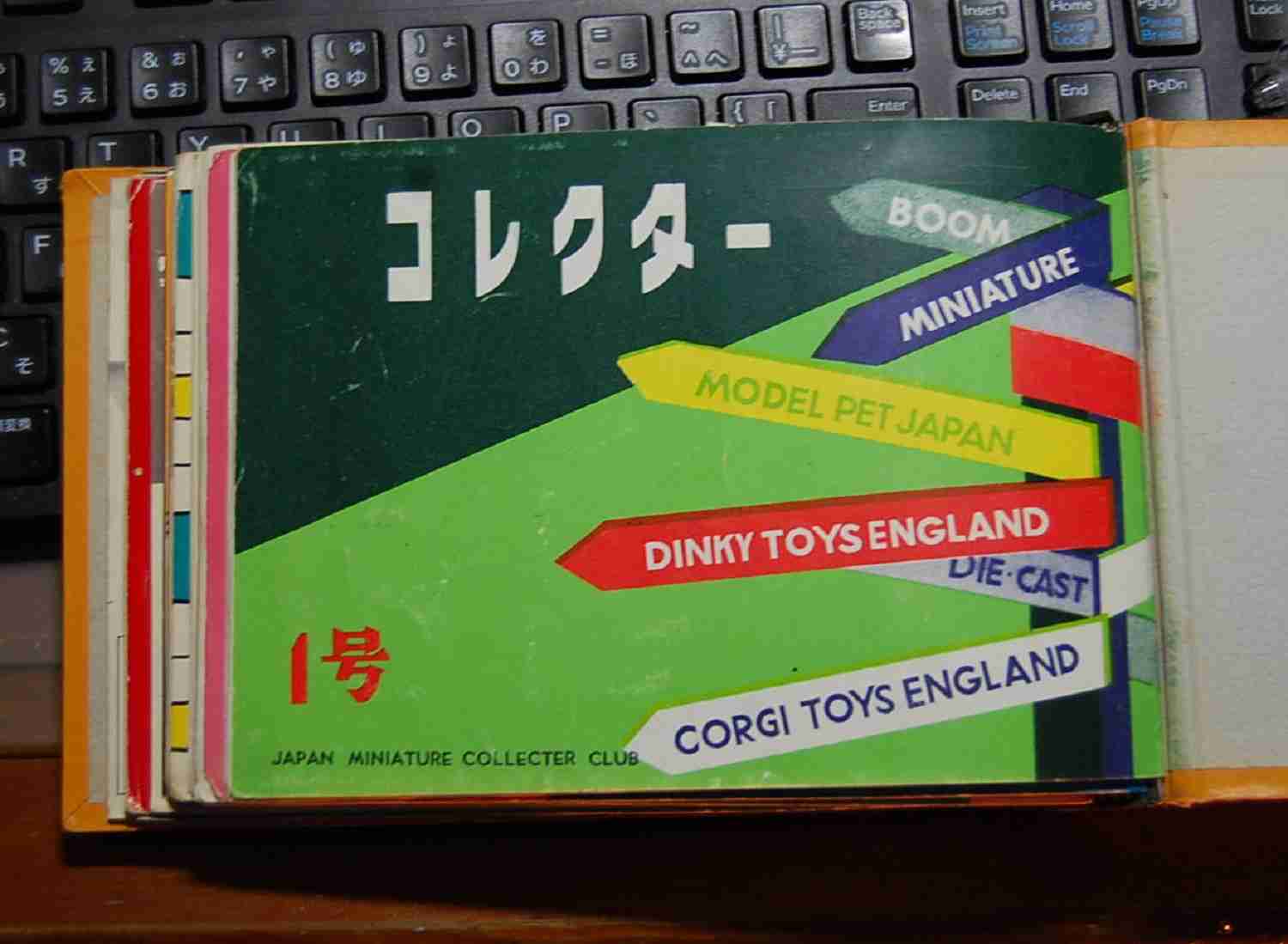 For reference, other major domestic mini-auto-model makers are also listed. TAISEIYA started manufacturing in April 1961, YONEZAWA-TOYS in August 1965, and TOMY in October 1970. Furthermore, as for imported items, the market size has expanded since the late 1960s with the entry of major general trading companies such as Mitsubishi Corporation.

In March 1968, KADO-TOYS, Japan’s first general wholesaler specializing in mini-auto model, launched a monthly magazine called “Miniature Cars”. This magazine has contributed significantly to the development of the Japanese mini-auto-model industry as a whole (for reference, this magazine was discontinued in April 1995). 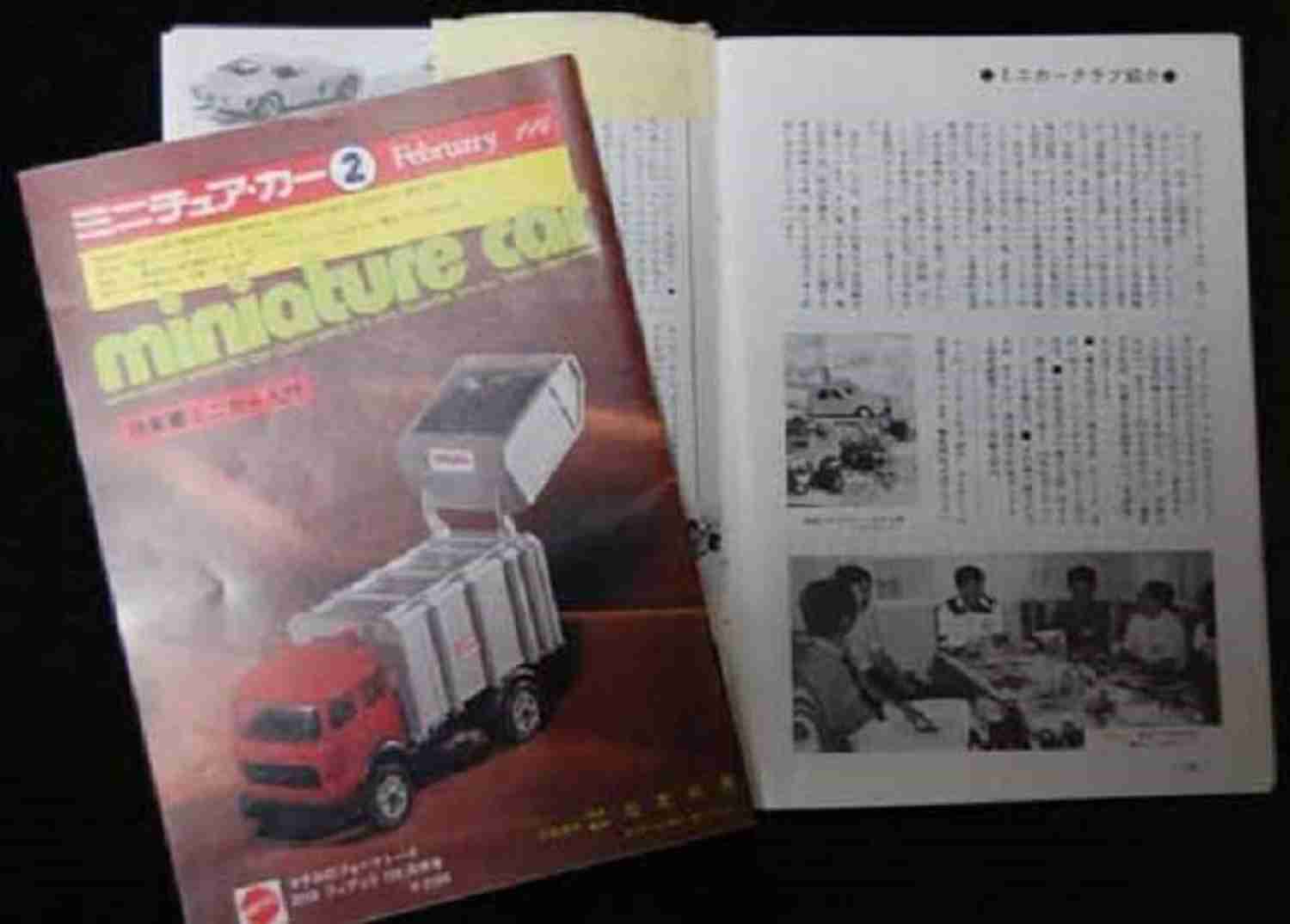 Well, the preface has become quite long, but here is the story of our club. In 1974, Kazuo Ezaki, an architectural designer from Kagawa prefecture in the Shikoku region, and I, Hideaki Tanaka, a first-year student at Kochi West High School in Kochi prefecture, met through the readers’ exchange page of the monthly information magazine “Miniature Car”, and met at the only mini-auto-model museum in Japan. We had a meeting almost every month. It’s two hours and fifteen minutes by express train, or three and a half hours by private automobile, but it was a blissful time for them to talk about the mini-auto-model collection.

We two decided to establish an association with a collector of domestic friends. After about a year and a half of preparation time, in September 1975, Kazuo Ezaki in Kagawa Prefecture, Hideaki Tanaka in Kochi Prefecture, Teiji Masuda in Nagano Prefecture, Hideo Shibahara in Aichi Prefecture, Sadaji Okuda in Mie Prefecture, and Ichiro Miyoshi in Ehime Prefecture, Hideharu Matsushima of Shizuoka Prefecture, etc., formed by mini-auto-model collectors from all over Japan and “MACJ (Mini auto Club of Japan)” was established. And during the heyday, about 50 members held monthly meetings in each region of Japan. The membership is really diverse, such as office workers, architectural designers, restaurant owners, shop owners, company officers, scenario writers, police officers, civil servants, students, and so on. 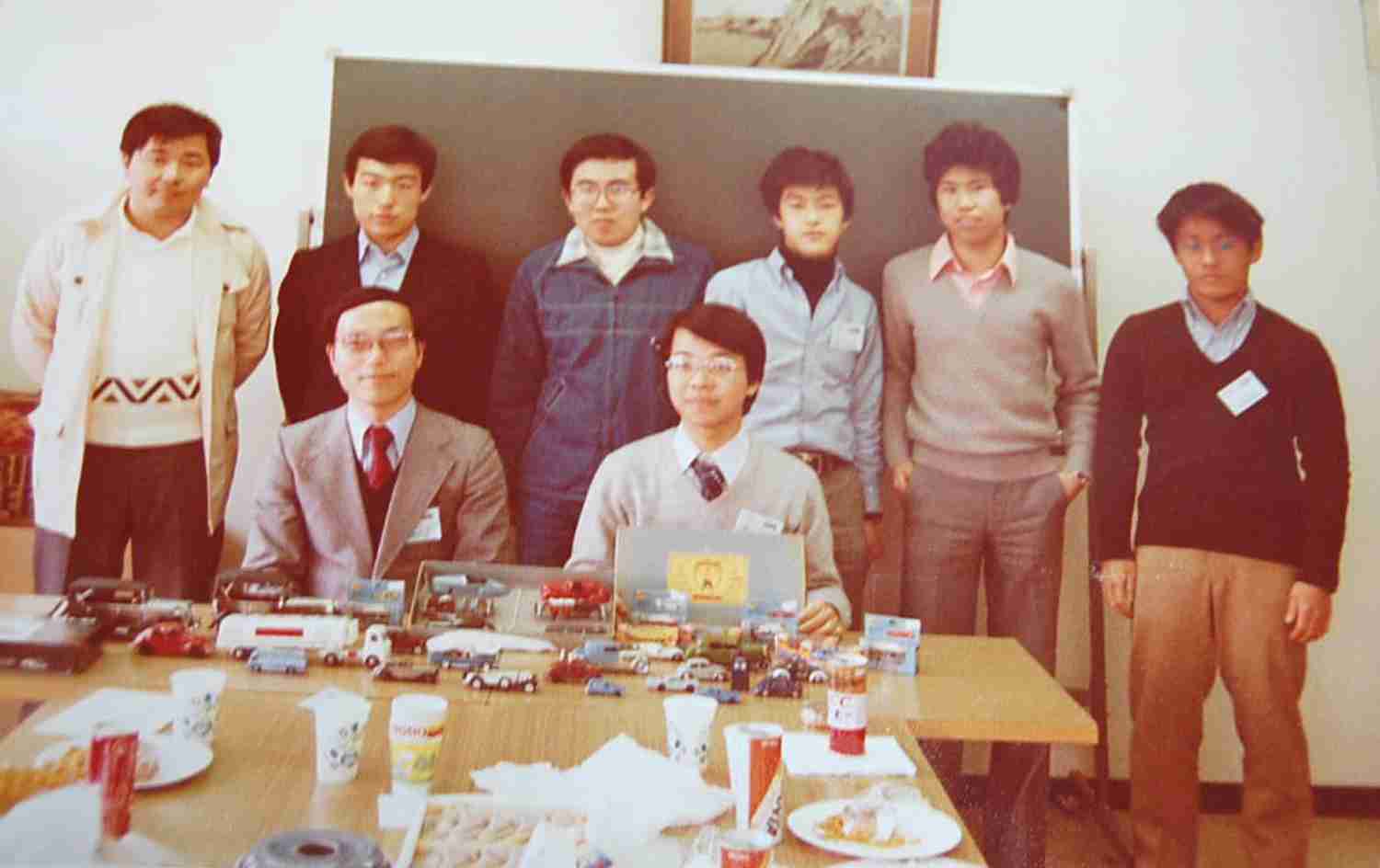 At the same time as the inauguration of the Society in 1975, the club magazine “Monthly MACJ News” was launched. 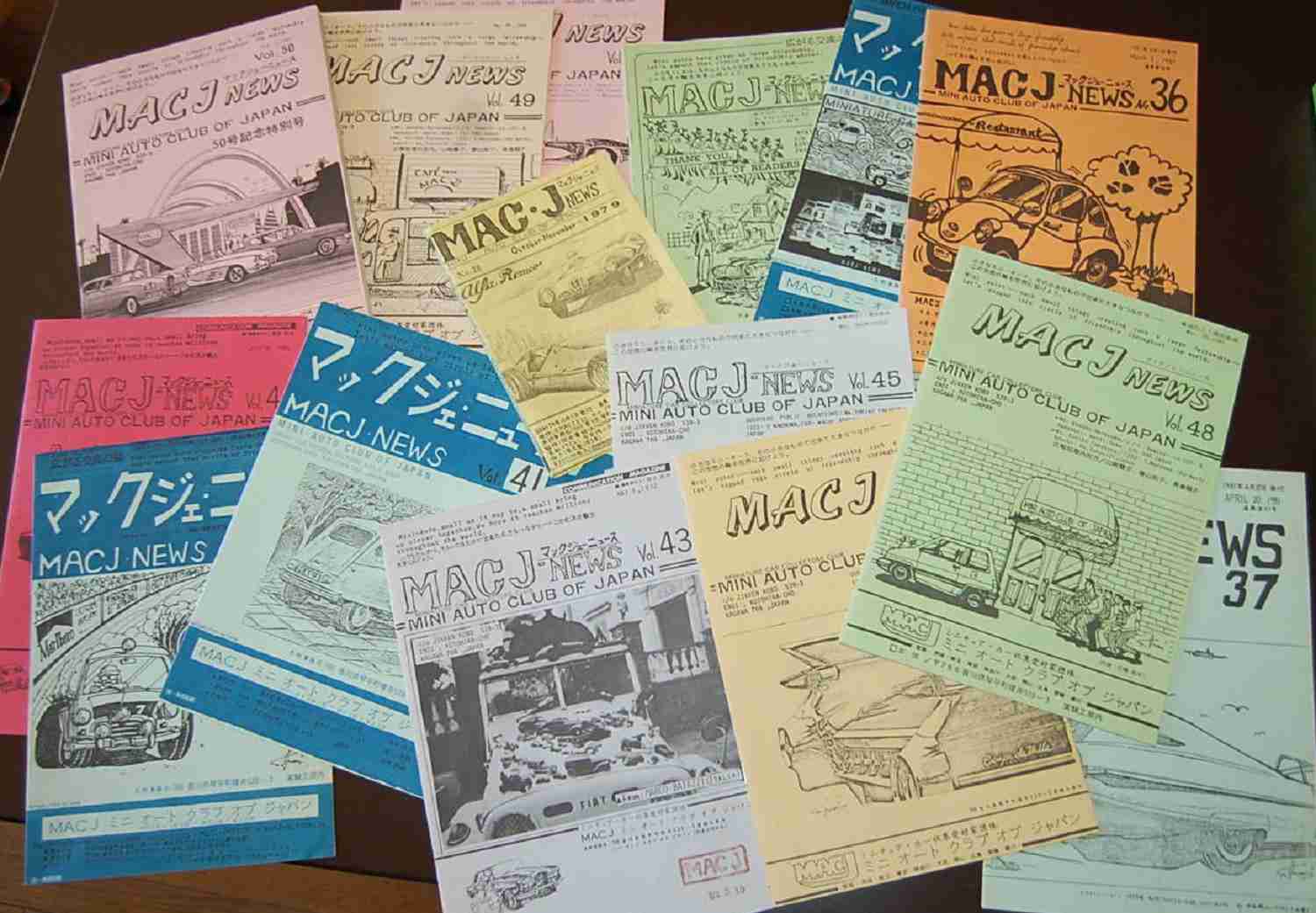 In addition, since 1977, rare mini-auto-models exhibitions have been held at mini-auto-model specialty stores such as the capital Tokyo and the metropolitan Yokohama city. Furthermore, since 1983, it has opened as a club organization at the toy show Wonderland Market which is held four times a year at hotels and large halls in the big city of Yokohama. 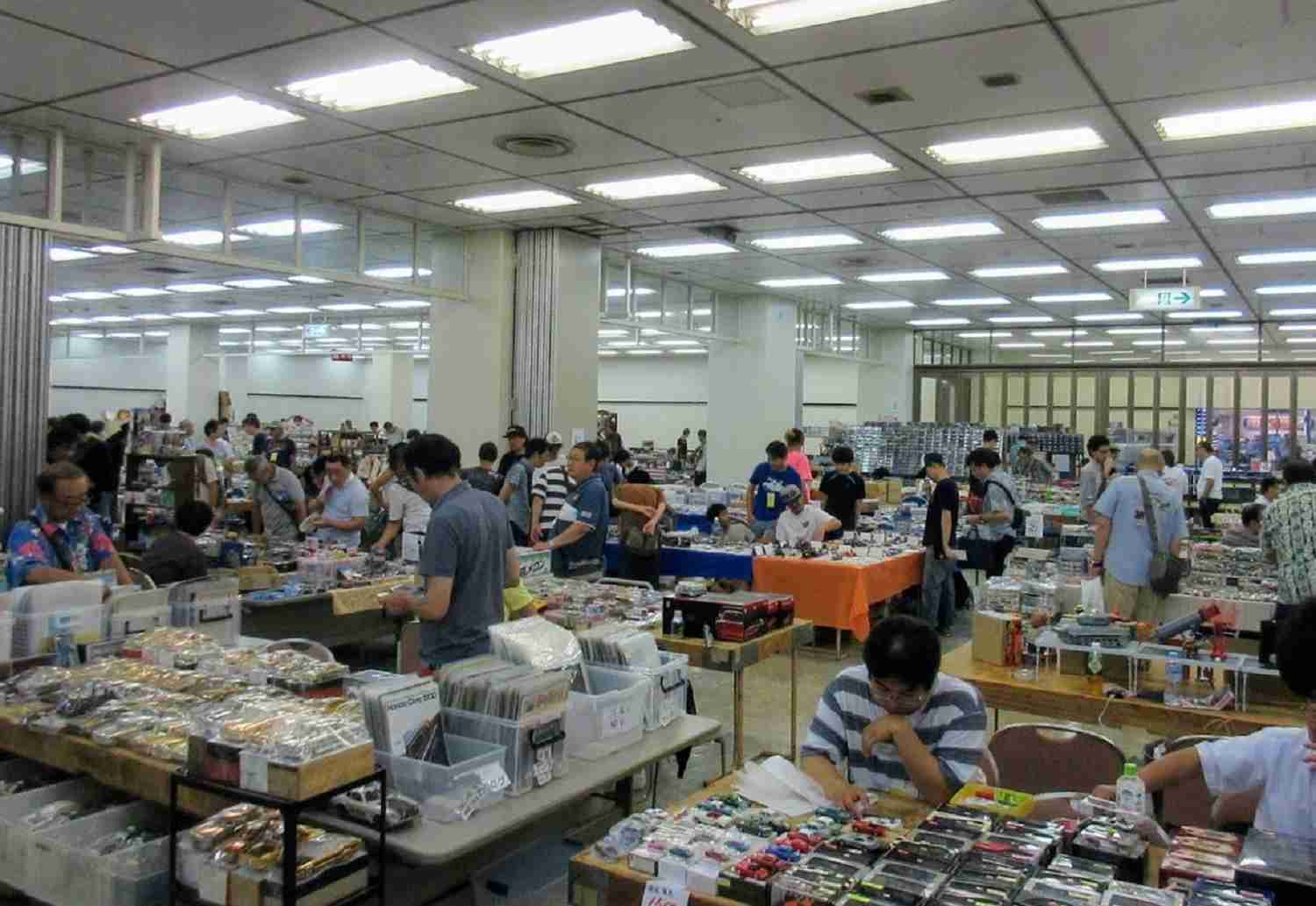 47 years have passed since the establishment of MACJ, and several members are not with us anymore but never forgotten. Others have made model cars their work as well!  Teiji Masuda has opened a mini-auto-model specialty store in Ginza called the Iiado Company, the most downtown area of ​​the capital Tokyo. 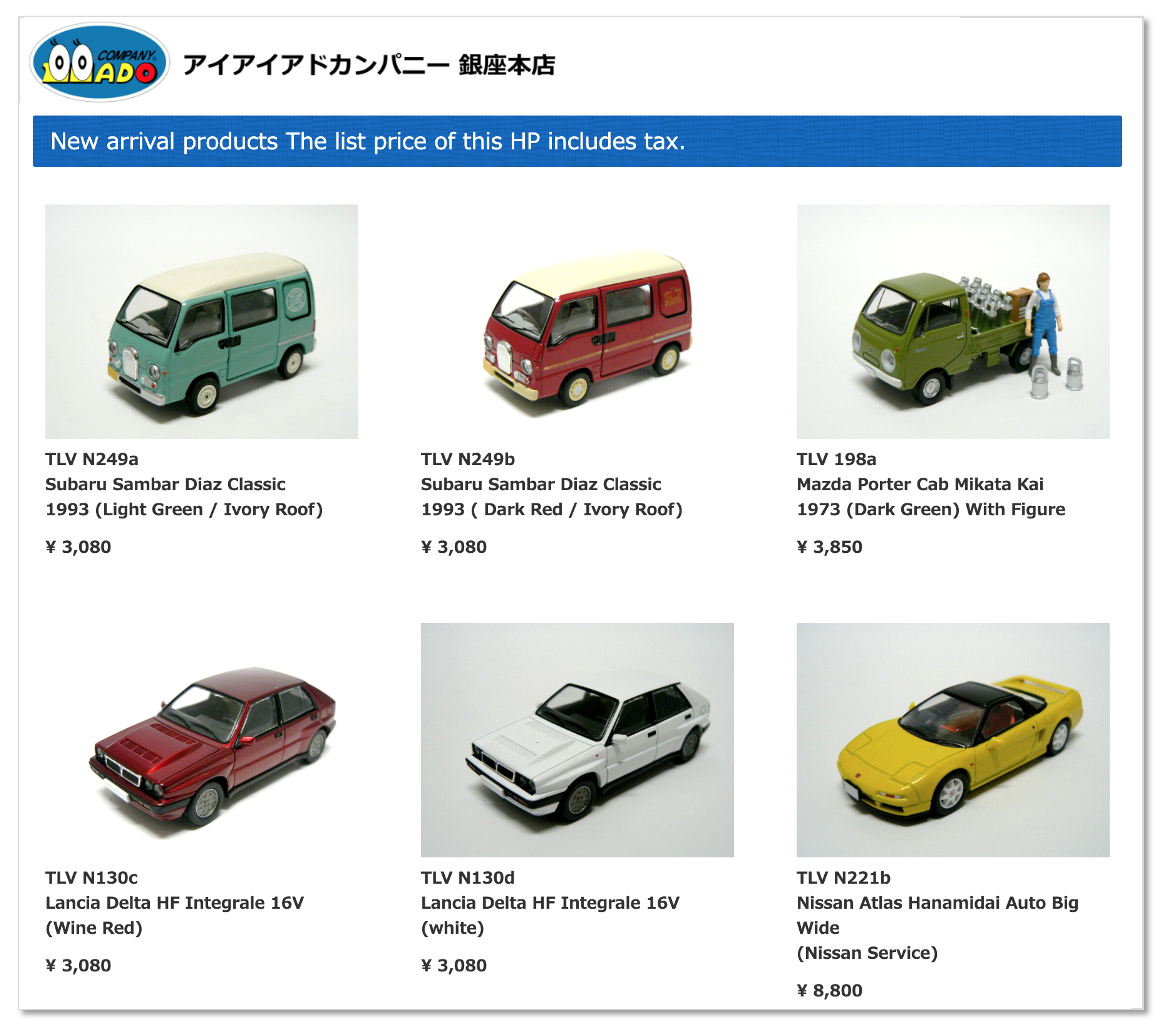 Tomica models and much more for Sale at Iiado

Currently, exchanges between members are stagnant due to the COVID-19, but activities are continuing on the web.  Next week I will introduce some Members and their Collections here on the hobbyDB Blog.  And if you have questions on model cars made in Japan, ask them below!

Wow, that Toyopet model at the top of the article is beautiful! I would love to find one of those someday, though I expect they’re rare. I’m looking forward to your upcoming posts, and hope to see more Japanese diecast on hobbyDB soon 😀

I am a member of the “Mini Auto Club of Japan” in Tokyo. Thank you for your nice comments.

Tanaka-san. thank you so much for the article on Japanese diecast and their history. Model Pet came out in 1959 but before that, were there many companies that produced very nice tinplate cars? In the US, these are also very famous. Do you and other members of the MACJ collect them, or only diecast?

I also collect 1/43 diecast but am curious about all types of model cars!

I look forward to your next blog items for hobbyDB!
Best Regards, Karl, USA

Karl, thank you for your comment. In Japan, we will talk about die-cast models before the model pet released in 1959. There were several small, cheap models in the 1950s.

Shortly after World War II, many cheap tin toys with the “Made in Japan under American Occupation” stamp were exported to the United States. And in the mid-1950s, nice tin cars were released one after another. Alps, Yonezawa-toys, TOMY, Bandai, etc. Many of the wonderful items were exported to the United States and Canada. The foreign currency income from the US dollar has greatly helped us.

By the way, we MACJ members mainly collect 1/43 scale vintage items. However, I also have a little tin model. Let me introduce you if you have the opportunity. Best Regards,

Now this is fun! Cannot wait for the next “episode”!

Hello, thank you for your nice comments.
From Tokyo, Japan.

Hello, and thank you for sharing. I am a Tomica collector/seller, and have been coming to Japan every year except for the recent covid restrictions. I have a very large collection and sales list, including current, obsolete, gift sets, and other Tomica. I look forward to your blog.

Hello, thank you for your polite comments.
We MACJ members mainly collect models sold from 1930s to 1960s. Therefore, I have little interest in “TOMICA” that appeared after 1970. I’m sorry.
Currently, it is not possible to come and go freely due to the influence of the corona. I hope the corona will converge soon.
from Tokyo, Japan.