Hideaki Tanaka, Director of the Nostalgic Toy Cars Museum and Secretary of the Mini Auto Club of Japan joins our Advisory Council (and you have to see his collection!)

I call myself a Collector of Collectors and talk to other collectors every day (recruiting to the hobbyDB Squad as we are still a long way from our target of documenting every collectible ever made).  I have a fable for vintage items and like them even more if they are from far-flung places.  So was excited when I first reached out to Hideaki Tanaka to hear back so fast from him.  Today I am more than excited that he agreed to join our Advisory Council.  He is our first Japanese Council member and I hope we can add many more in the years to come (there are just soo many cool collectibles that have been made or are still being made there!). 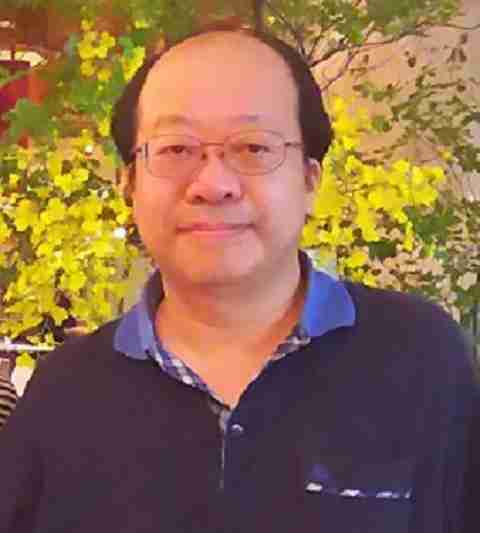 Since 1998 Hideaki is the director of the Nostalgic Toy Cars Museum.  He is also a co-founder and Secretary of the Mini Auto Club of Japan (MACJ).  He has always been more than willing to engage in dialog with other model car collectors around the globe.  He already wrote a number of blog posts about other members of the club, you can read them here.  Today it is time to introduce Hideaki! 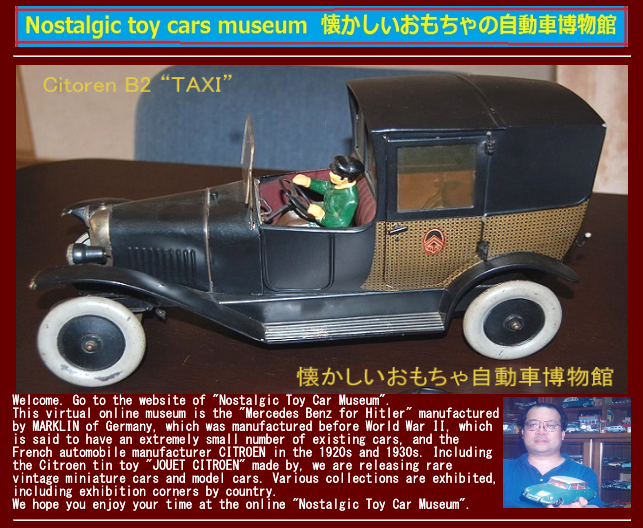 In 1973 Hideaki and Marco Bossi, a well-known Italian antique toy collector and businessman started to communicate, initially through the Italian model car magazine Quattroruotine. In 1983 Marco published a book in English, French and Italian called Toys Meeting and it had a profile on Hideaki. 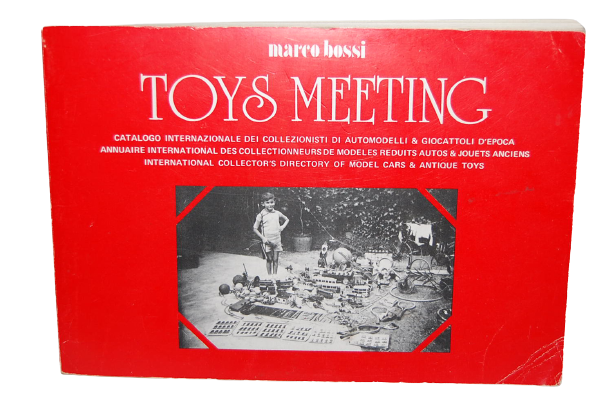 A direct result of that was many more conversations and friendships around the world.  In 1979 Hideaki traveled Europe for two months visiting collector after collector (I so would love to be able to travel back in time and join this trip!). 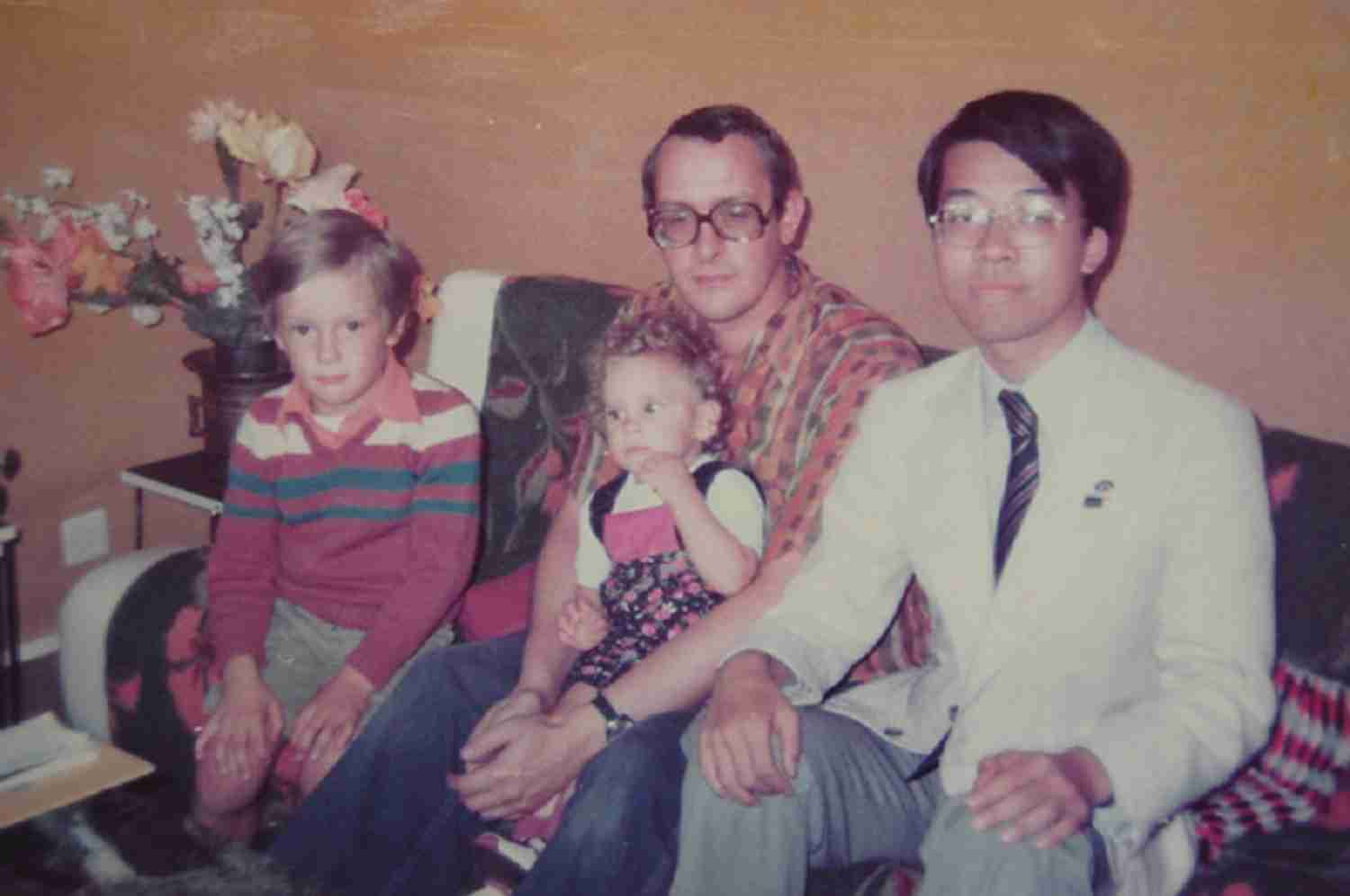 Here is a memento to Hideaki’s visit to Mr. Yvon’s home in France (43 years ago!).

Quite a few trips to Europe followed in the years after that and collectors would also flock to visit Hideaki and other members of MACJ in Japan and many models were acquired, traded, or gifted!  Below are some photos from Hideaki’s collection. 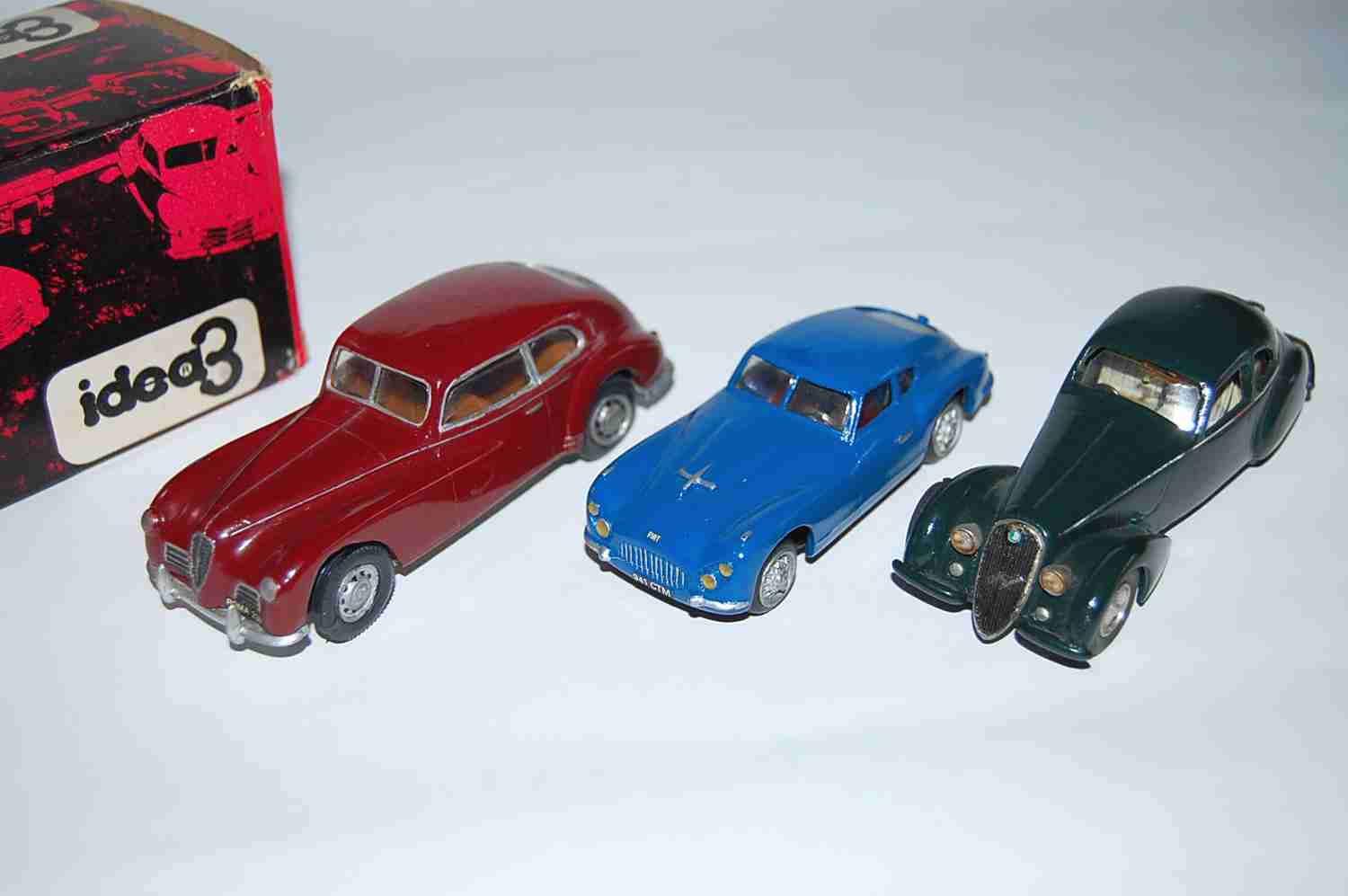 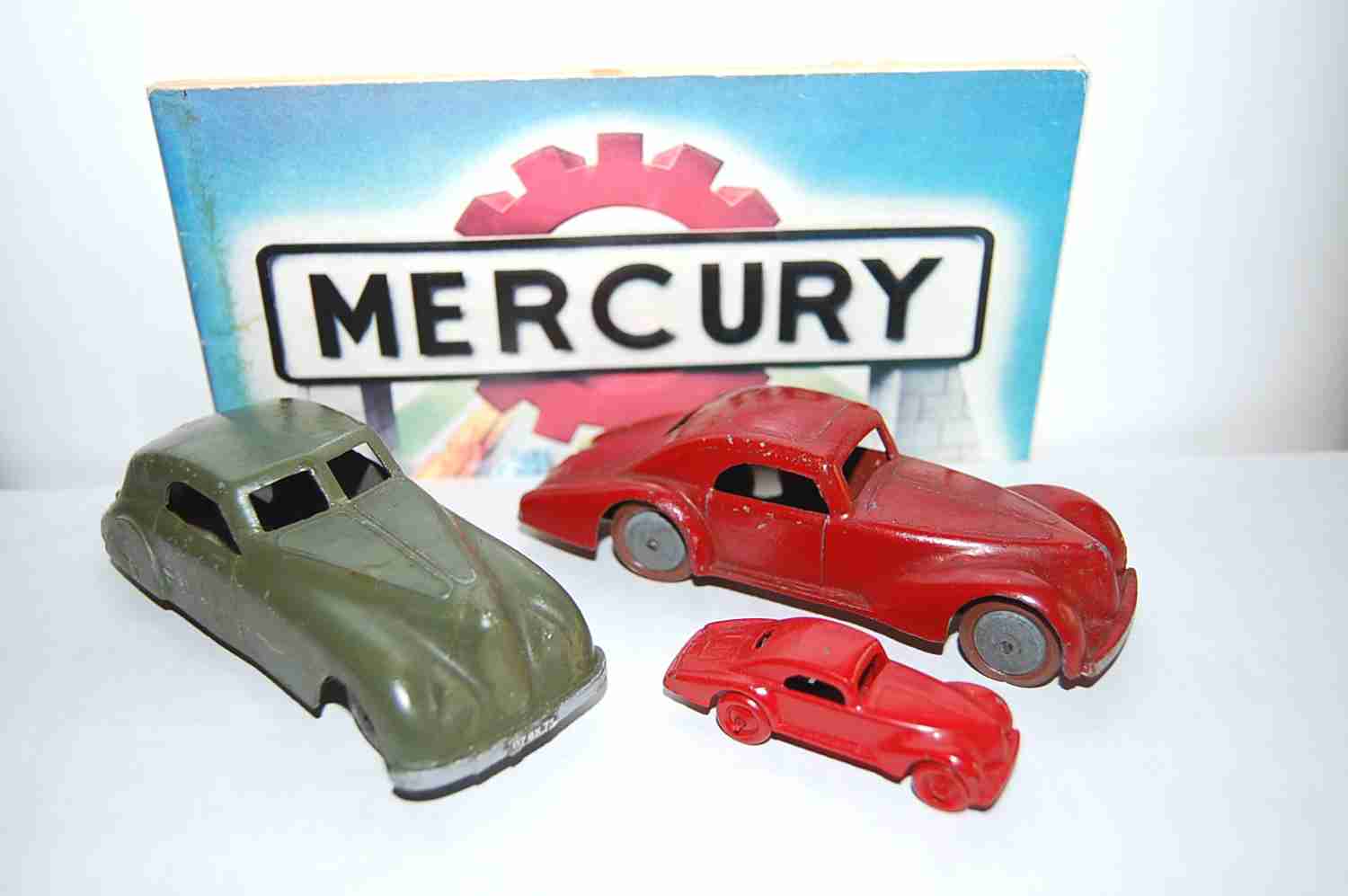 Very early Mercury models from 1945. No.1 Aero Limousine TO-16, No.2 Farina Spider. The small item in the center is No.41b Farina Spider of the company’s MICRO series. 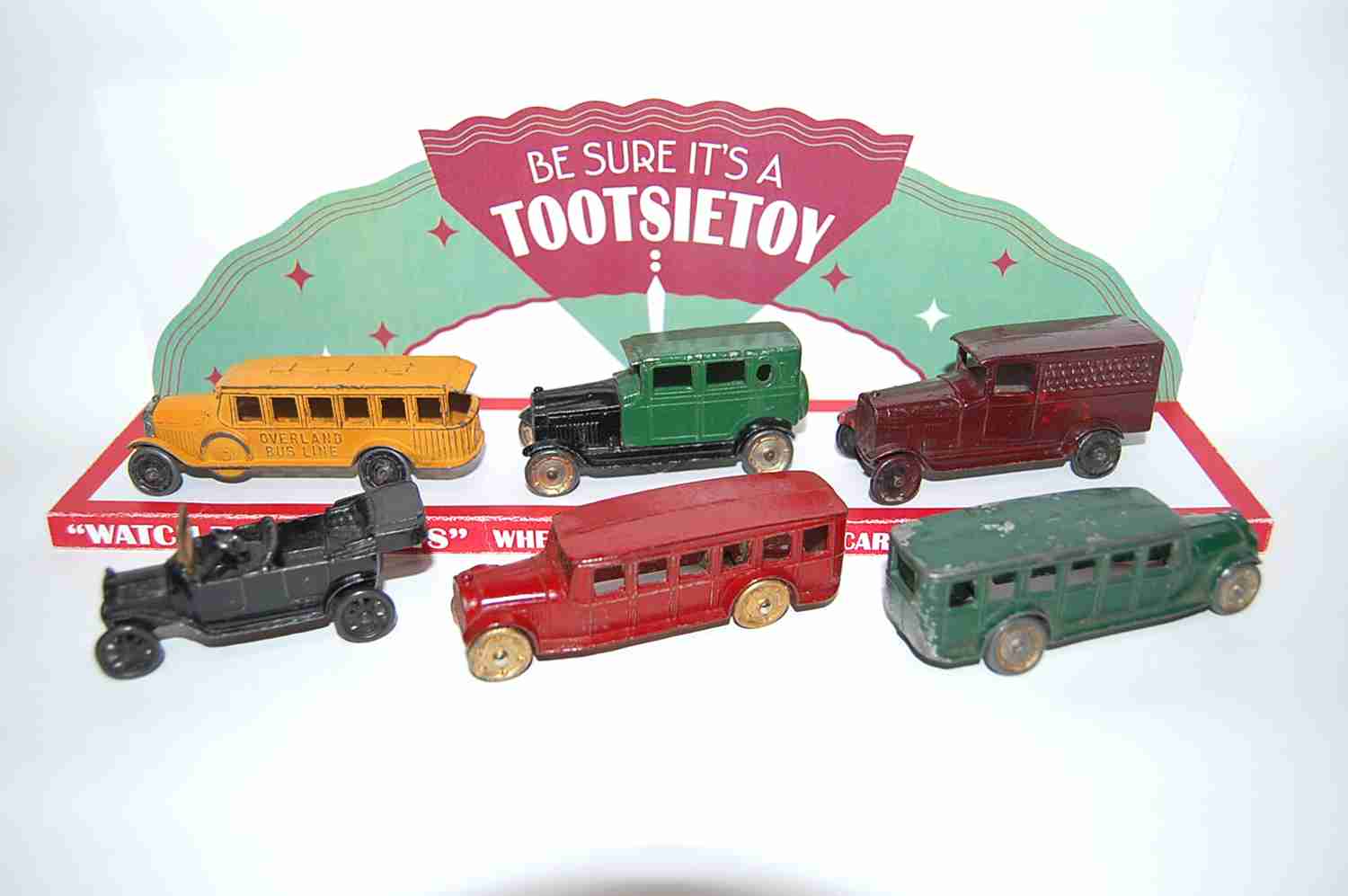 Tootsietoys from the 1920s. From left in the front row: Ford Model T 1914 (early spoke wheels), Safety Coach, same item 2nd type. From the left in the back row, the Overland Bus 1926, Buick 4-door sedan 1927, and Buick Commercial Van. These items were purchased from the antique toy store Second Childhood in Bleecker St., New York in 1975 and 1976. 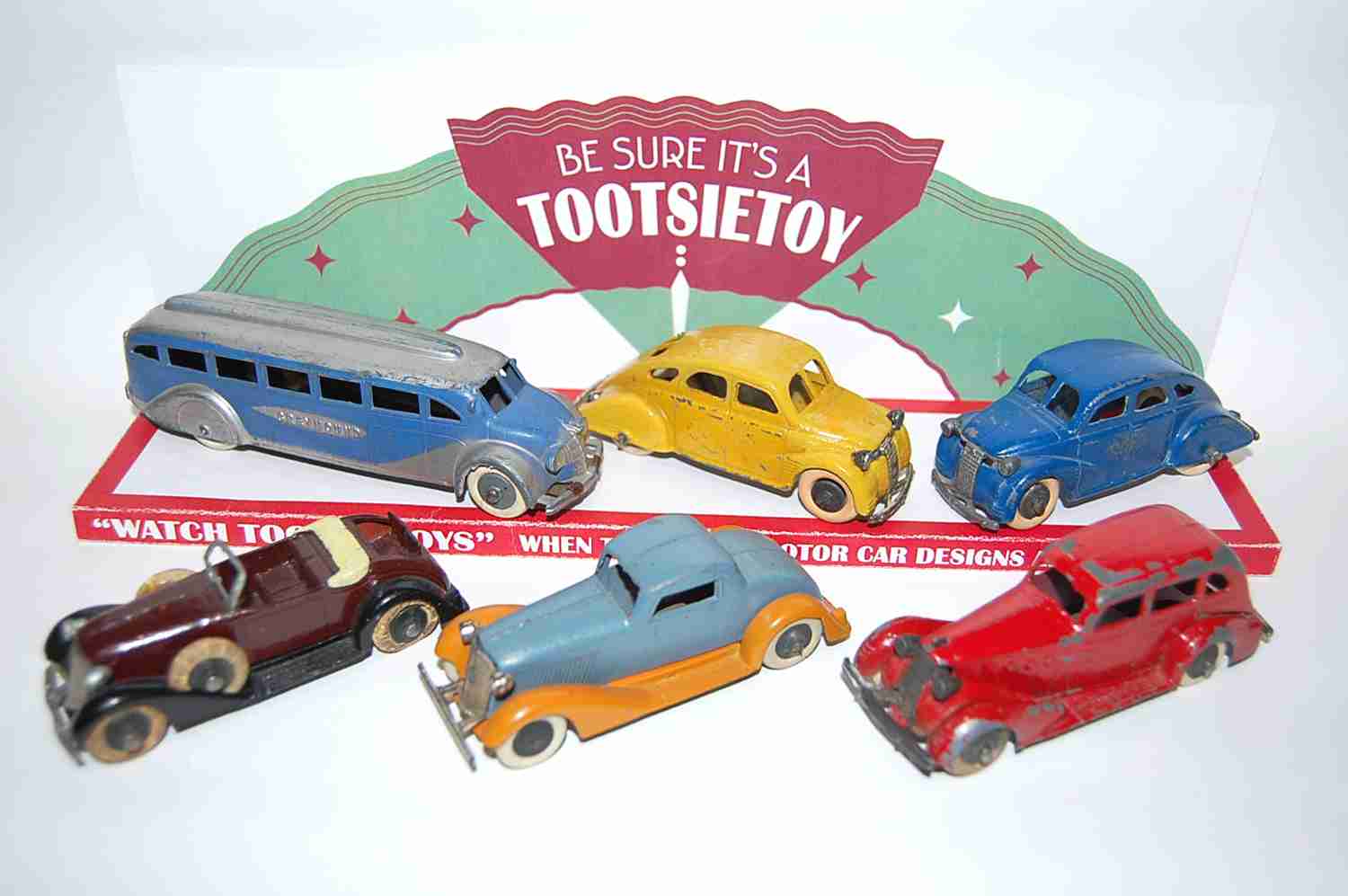 Tootsietoy, this time from the 1930s. From the left in the front row: Graham Roadster 1933, also 2-door coupe, LaSalle 4-door sedan 1935. From the left in the back row: Trans-American bus, Doodlebug 1934 1st type, also 2nd type. All of these items were obtained from the late George G. Sidelinger (a big farmer and a big collector living in Dresden, Maine).  The two had corresponded for 34 years. 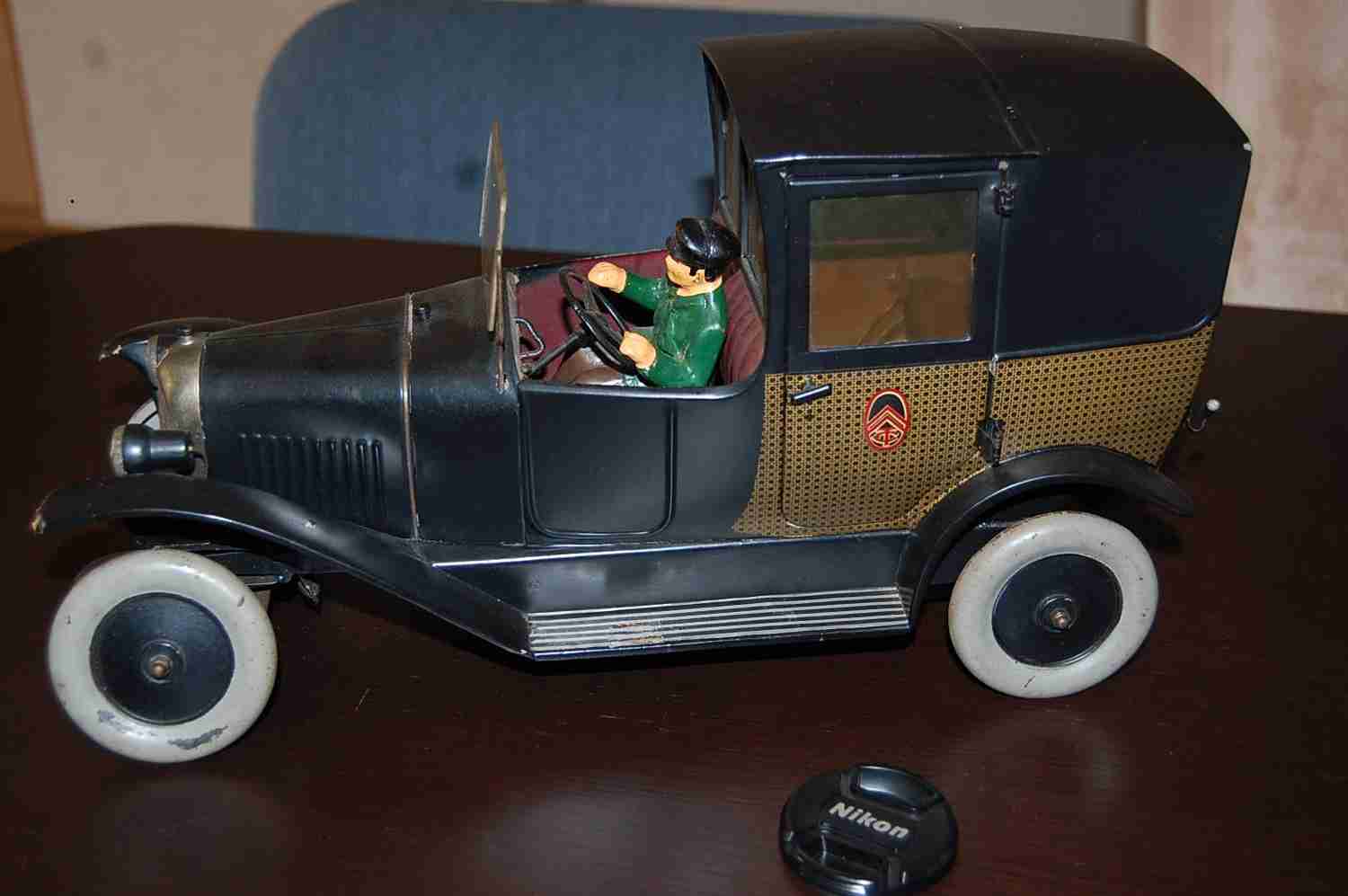 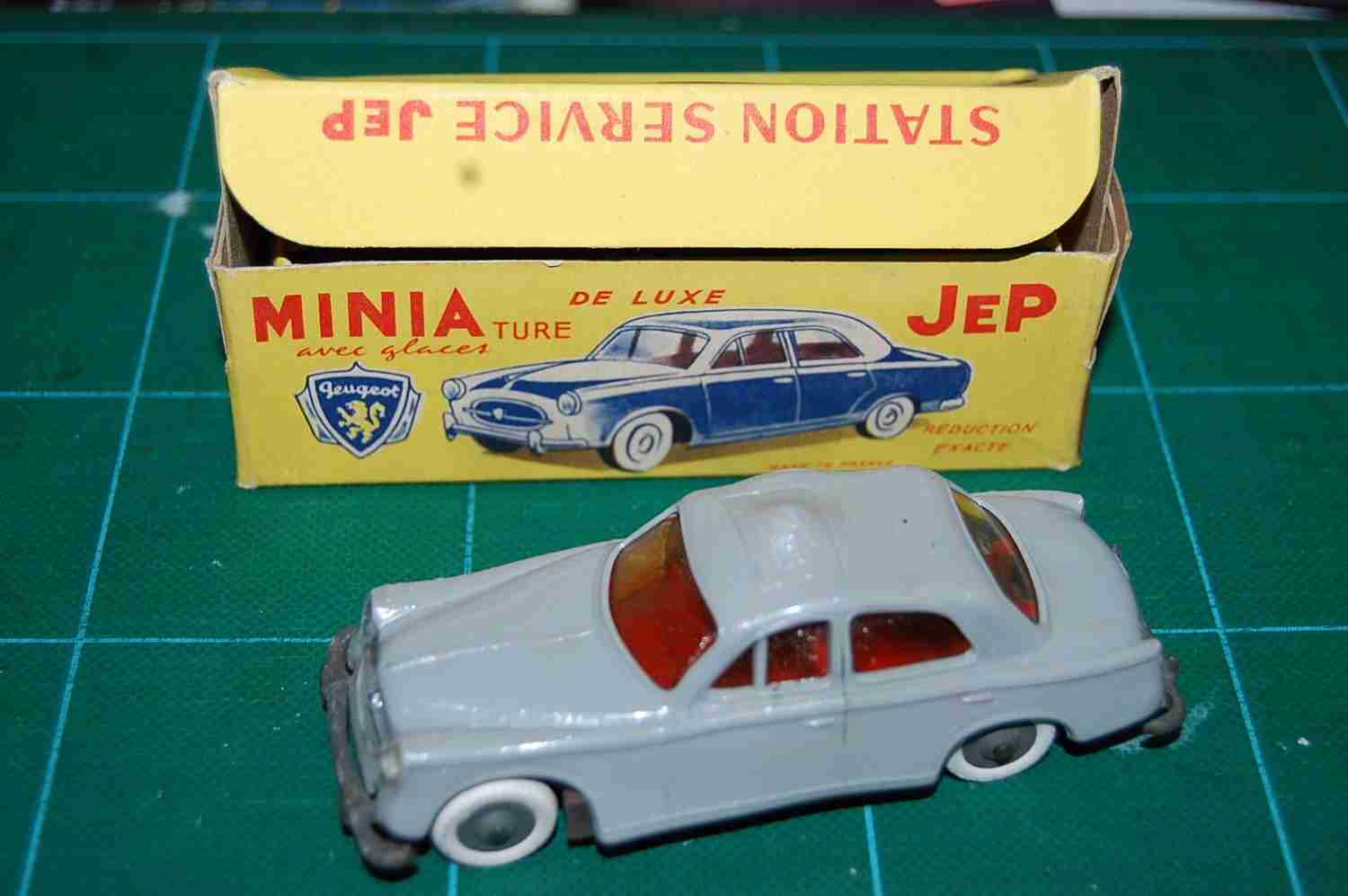 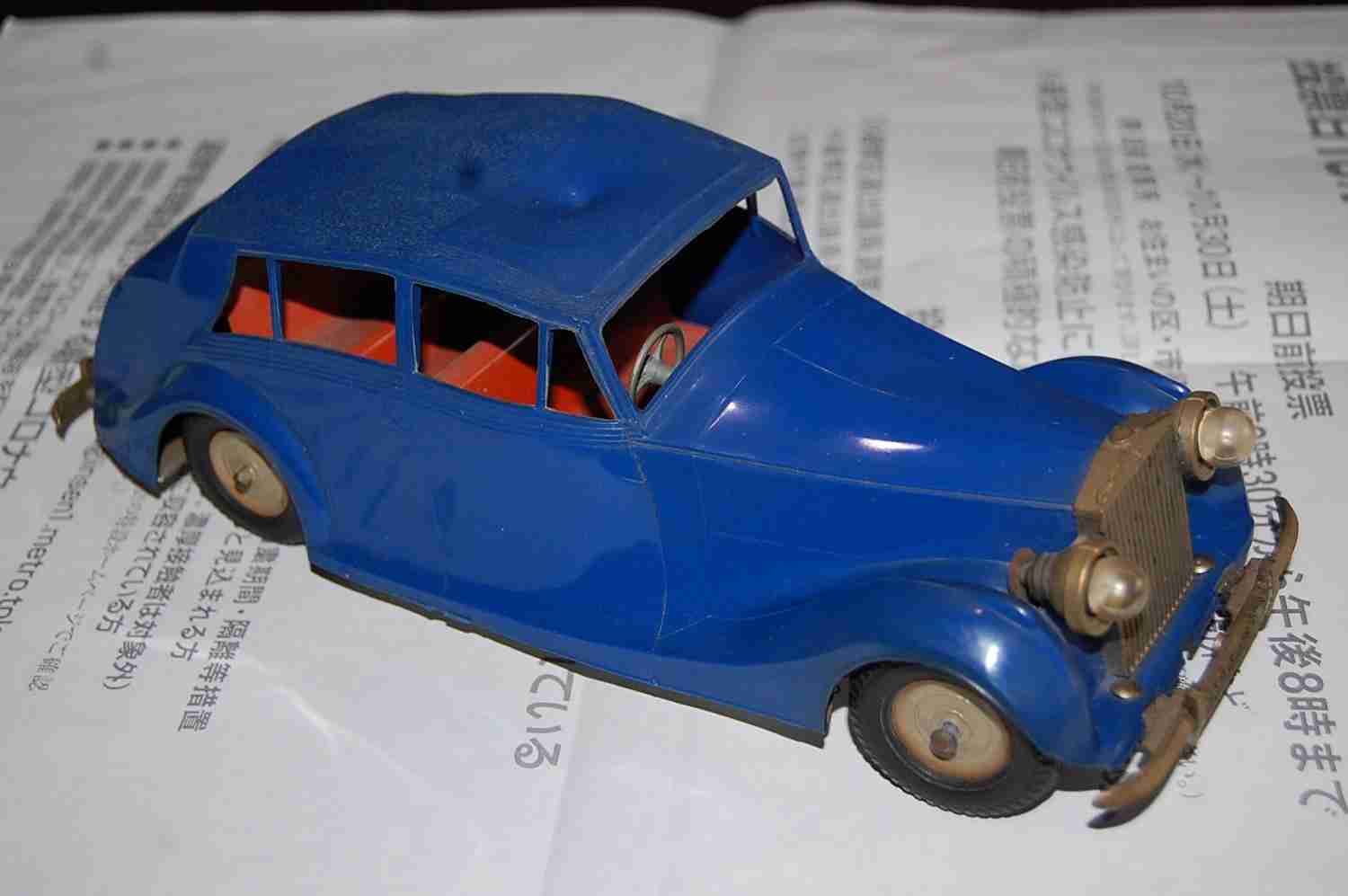 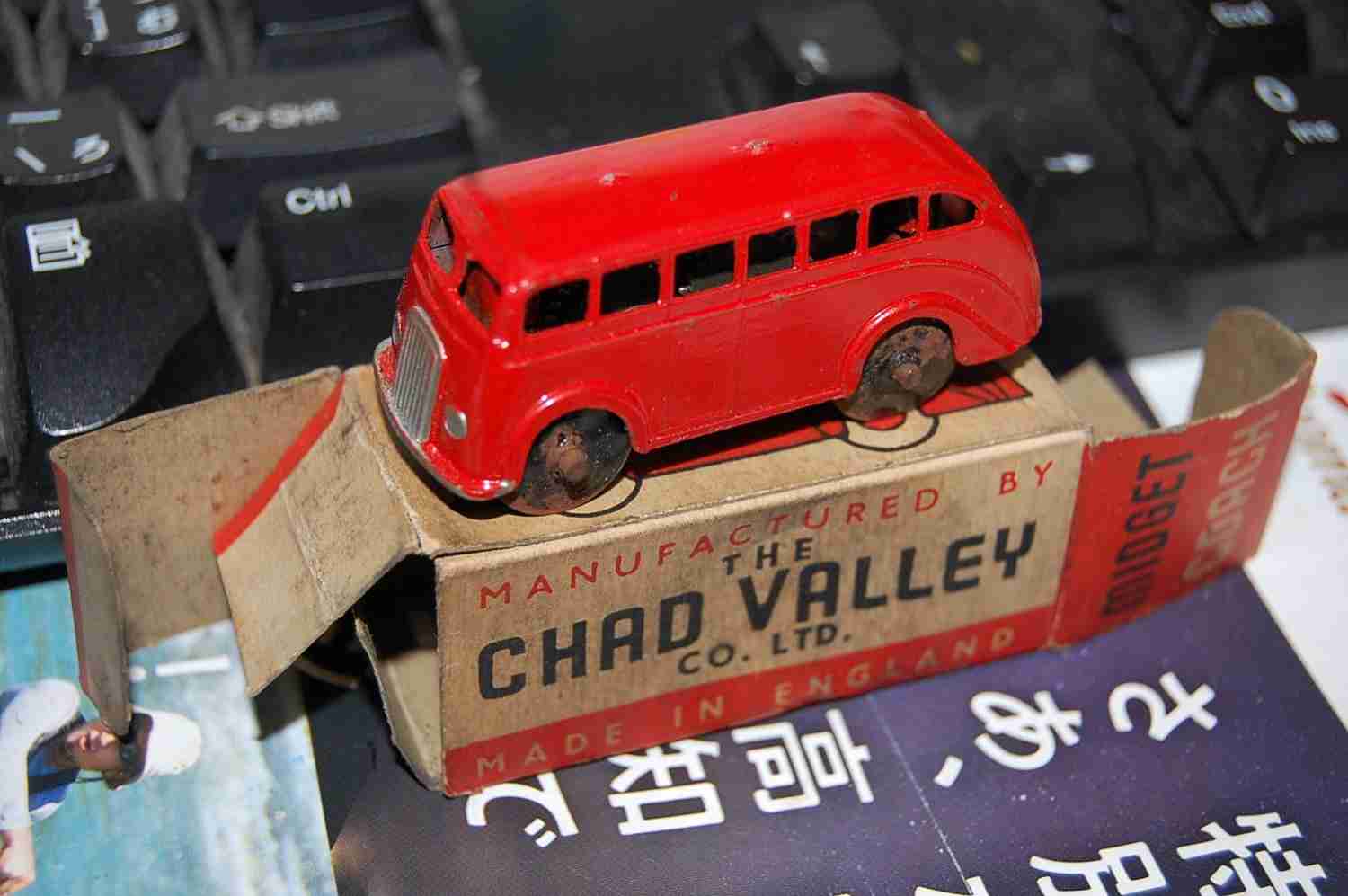 An item released by CHAD-VALLEY in the UK in 1955. Small size, Midget series coach with clockwork. 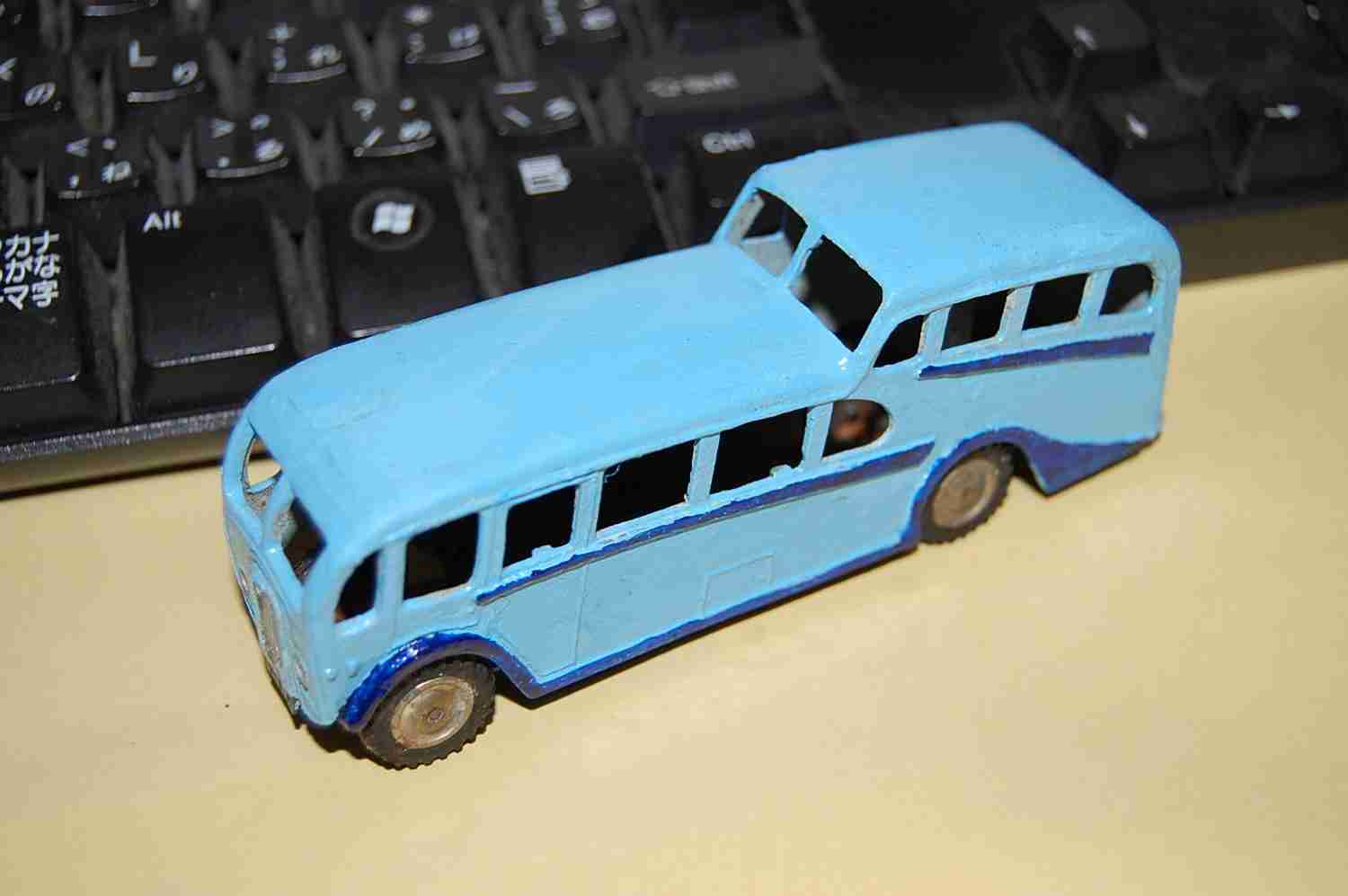 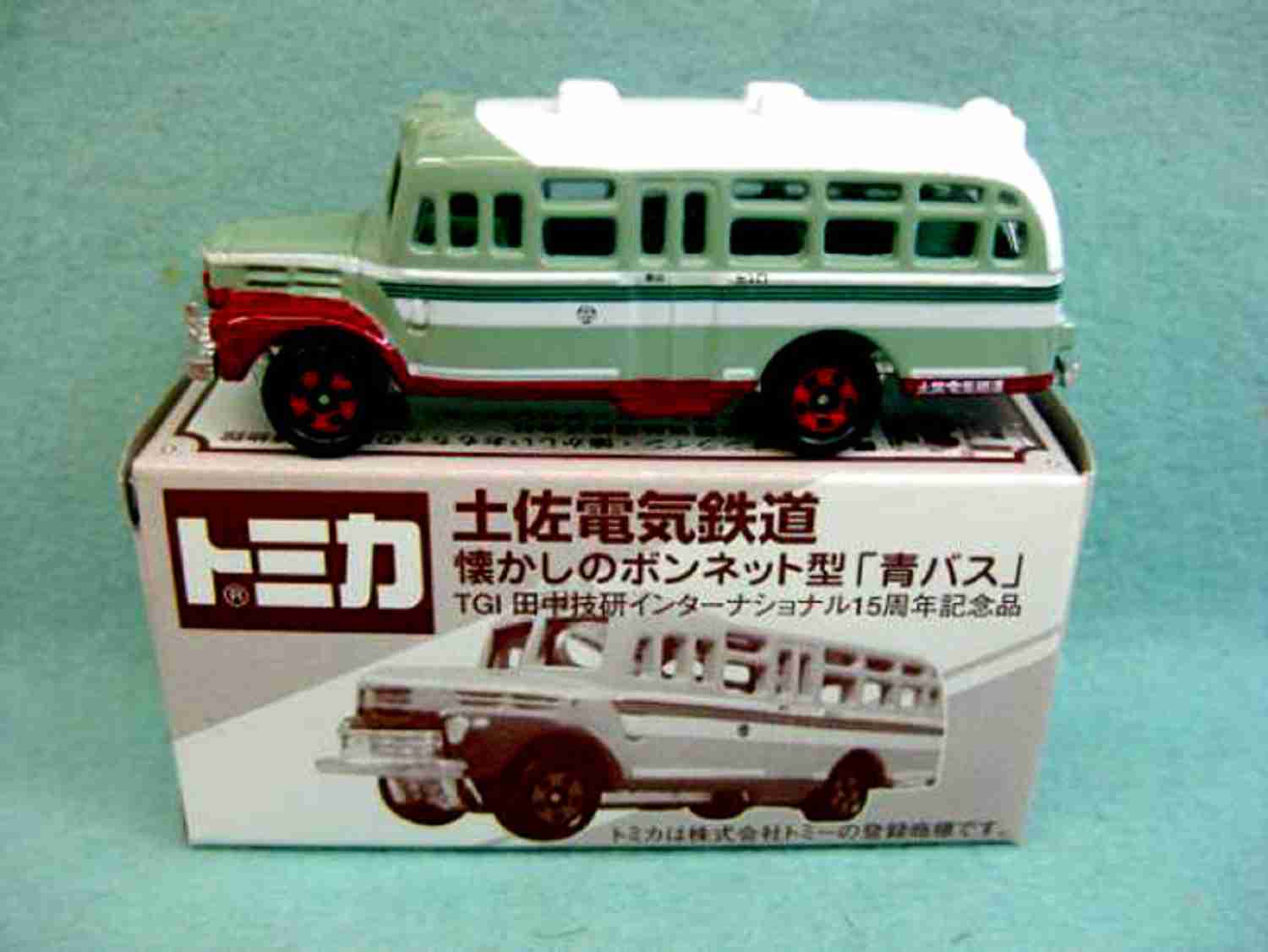 Normally Hideaki does not buy current models but this mode is an exception.  This mini-auto-model is a model commemorating the 15th anniversary of the founding of TGI Corporation. 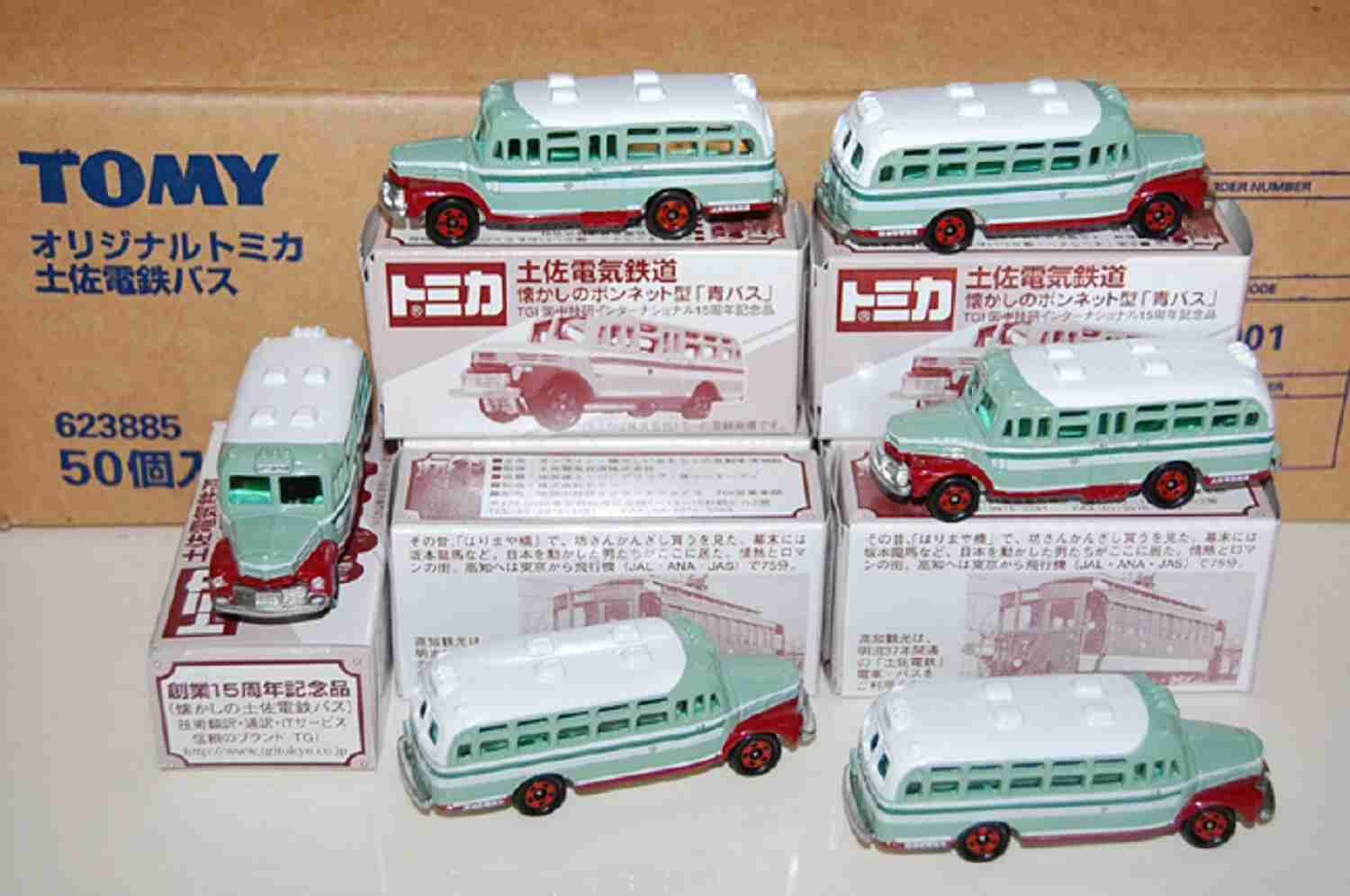 Hideaki is the company’s CEO/President since its founding in 1989. This TOMICA No. 6-2 is based on the TOMICA Isuzu BX Bonnet type bus 1959 Tosa Electric Railway Route Bus, 1/130 scale with a production run of 6,000 pieces. The company distributed many of them to clients at the time for free. Currently, this TOMICA item comes with a high premium!

Hideaki, we are excited to have you on board and look forward to having you tell us more about collecting model cars in Japan!

Absolutely amazing collection! Do any of those clockwork models still function? I’d love to see videos of them in action if so.

This is Hideaki Tanaka.
Thank you for your compliment. understood. In the future, I would like to link a running video of some clockwork model cars.

Looking forward to it!

My new favorite is the Marusan bus as I like contemporary 3rd party copies. Did they make more?

Hi, thanks for the comment.
I will add about the Japanese DINKY-TOYS copy item “Marusan”.
8501 Panhard trailer truck
8502 Royal mail van
8503 Dimler Ambulance
8504 Milk truck
8505 Observation coach
8506 Euclidean dump truck
8507 Austin service car
These are 7 items. Both were released in April 1961. Production was discontinued in a short period of time.
By the way, this “Marusan” is not just a pirate maker. The first plastic model kit was released in Japan. It is also known for releasing numerous tin masterpieces in the 1950s.

Those Tootsietoys are out of this world. These articles are fantastic! Please keep them up!

Thank you for your support. I also love American “TOTSIETOY” items from the 1920s and 1930s.