Why as a Collector I Invested in hobbyDB 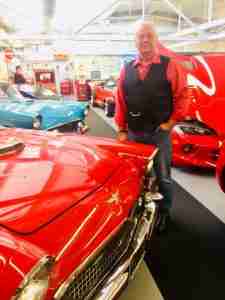 Besides his day job as pastor at a church in Virginia John is a collector of all kinds of model cars but especially White Metal and there, especially Brooklin Models. He helped start the North American Brooklin Collectors Club, is a Vlogger about 1:43 Models on Youtube and last but not least a curator and existing shareholder here at hobbyDB (he invested in Round 2 and now also in Round 3).

I’m not a financial expert or even really an investor. I’m a pastor from Central Virginia who has been car crazy since birth and collects 1/43 scale model cars. So, the world of high finance, stock offerings, annual reports and proxy voting is unfamiliar ground for me. Still, I was intrigued by a new crowdfunding project calling itself hobbyDB.

I may be a stranger to the NYSE but I am a five-star collector of my little cars. I inherited my collecting gene from my dad who was a passionate car guy and hoarder of a wide variety of oddities including cardboard boxes. Boxes! Really??

My problem has always been finding data on my little cars and meeting other people who collect them. We’re an odd lot. We can go on endlessly about the merits of white metal versus resin…and it’s “resin” not plastic, BTW. We gather at toy shows, engage in a few online forums and may even find enough folks in our area to share a cup of coffee. We hunger and thirst for information about our little jewels: How many were made in red? Were there different colors available? Who owns this company? What is this little model worth? There have been numerous books listing models and their pertinent data. But every one of those books became obsolete the moment the presses stopped running. Because of their relatively low printing runs, none of them have managed to make it onto the New York Times Best Seller list, the books were always expensive.

What I wanted was an online, easily update-able, user-friendly database that kept me current and informed about the state of my hobby. I found it in hobbyDB. Their plan is ambitious, they want over one hundred million collectibles listed on their site. The good news is that they are well on their way to achieving this lofty goal. Here’s the catcher, the closer I looked, the better things got. In my area of interest, there were folks like me, helping out, organizing and listing models of all kinds. There was a dizzying array of other types of collectibles, all of them showing images, specs, even values on some. Not only that, but there was also supporting material, books, ads, photos, background information, the list kept growing.

For me, I was in collector’s heaven. I wanted to be part of it. I wanted to help out and see it grow and succeed. I wanted to be involved in something new and cutting edge and I wanted to give back to the hobby that has so rewarded me for so many years. I took the plunge and contributed. Not only that, I joined “The Squad”, the group of volunteers that work on entering, organizing and updating the data found on hobbyDB. 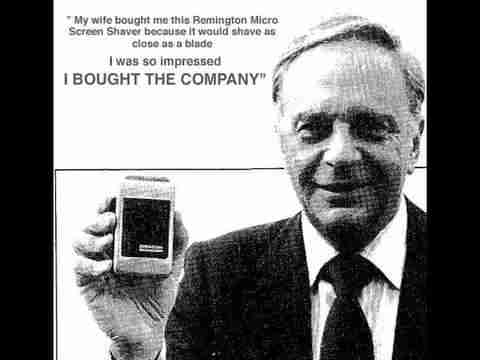 This is how I felt!

So, like Victor Kiam a long time ago I guess I am an investor now.  I have joined the ranks of financial wizards that keep our economy running. But rather than perusing the stock listings every morning, I indulge myself in my favorite pass time for a few minutes each day. It’s exciting. It’s fascinating and engaging. It’s rewarding. You should join me.

Editor’s Note, you can do so until Friday, April 22 on our SEC-approved Crowdfunding profile here  –  wefunder.com/hobbydb.