Inspired by a bit of an over-indulgence of Easter candy, hobbyDB super user Javier Serrano, aka Fjavirserr takes us through Funko’s history of Willy Wonka collectible items. Read more of his wonderful guest posts here! 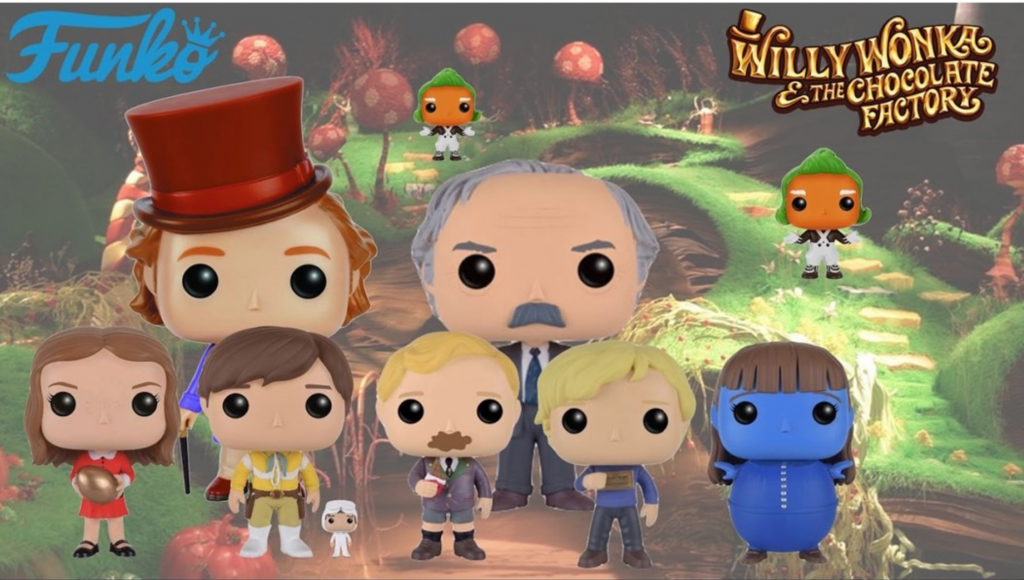 Most people bear Tim Burton’s “Charlie and the Chocolate Factory” (2005) in mind, when we think about Willy Wonka.

However, the work of the British author, Roald Dahl, had its very first contact with the big screen in 1971, with the movie “Willy Wonka and the Chocolate Factory.” In this charming and likable film adaptation, Gene Wilder played the role of the charismatic and original chocolate manufacturer.

Searching for the Golden Ticket in Funko’s catalog, we find the characters of the movie from the 70’s. Funko presented us with these lovely characters in 2015 and 2016, pulling out all the stops and not just with Pop! or Dorbz vinyl figures.

We also enjoy them as amazing Funko x Playmobil 6-inch figures, showing all the essence of one of the most beloved toy companies in history… with a Funko touch. And let’s not forget Willy Wonka as Vinyl Idolz. 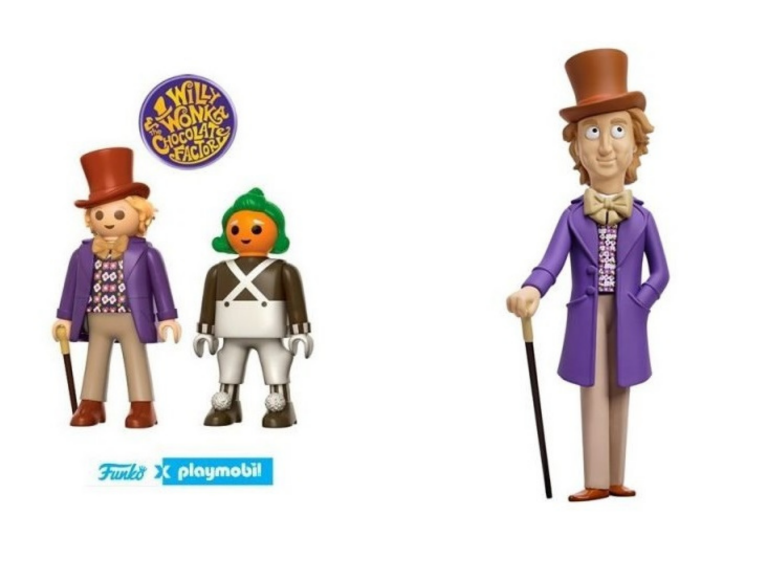 At San Diego Comic Con 2016, the Pop! series was completed with the limited edition of Violet Beauregarde #331. In parallel, Funko surprised the Funatics, who were at Fundays that year, making a show inspired in Willy Wonka’s world, with Brian Mariotti as master of ceremonies, characterized like Wilder’s portrayal of Willy Wonka.

To create the proper atmosphere, they gave away a Funko chocolate bar to the audience as a part of the merchandising, with the goal of finding the Golden Ticket.

As always, people were astonished enjoying an event full of surprises and seeing the Fundays exclusives figures, highlighting for this review, Freddy Funko as Willy Wonka, limited to 500 pieces, and Freddy Funko as Oompa Loompa, “common” and GITD, limited to 400 and 24 pieces, respectively.

The set includes the Pop!s of Golden Willy Wonka and Golden Oompa Loompa. Only four were given away at the event, so it is a mystery what happened with the other six. Does anybody here know?

Step by step, more figures are arriving in our collections, with the very first Funko Sodas of this series in 2021. In my opinion both Chase figures are must-have for Wonka’s Funko collectors. The details of the Oompa Loompa with the Wonka chocolate bar and Willy Wonka holding the Golden Ticket are great.

And of course, we also have other references to this charming franchise in the world of Funko, finding in 2012 Looney Lunch Lady Wacky Wobbler, characterized with the Oompa Loompa colors. This amazing Funko original bobblehead was exclusive to Funatic Store.

More recently, the turn came for one of the characters from The Office as Pop! Vinyl, Michael Scott #1177 FYE exclusive. Following with another curious fact, the first Golden Ticket contest related to Funko was organized by Toy Tokyo and MindStyle at New York Comic Con 2014. On that occasion, Pop! and Hikari prototypes were part of the winning prizes.

By the way, next year we’ll see the release of “Wonka” (2023), a prequel directed by Paul King and starring Timothée Chalamet as young Willy Wonka.

As a collector and as a fan, I would like to see the characters from Tim Burton’s movie as Funko figures, such as Charlie Bucket. I will dream about that, hoping to have them as a part of my collection. 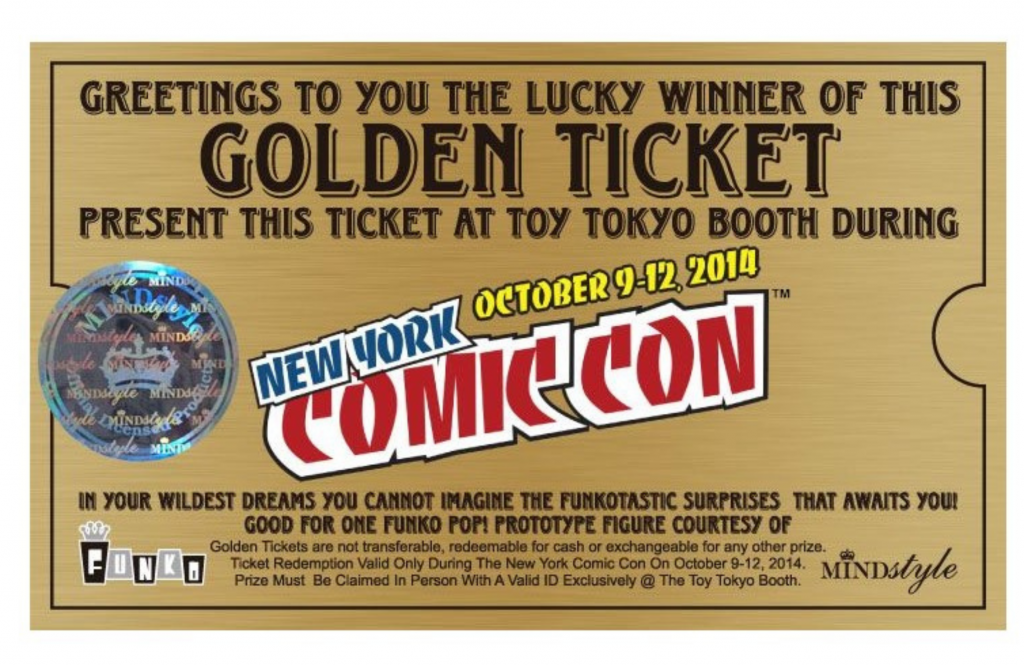 And maybe, I know it’s almost impossible, having one of the ultra-rare Golden Ticket sets. But sometimes in life, that’s what happens if we dare to dream.

Thank you, Javier! The Willy Wonka Golden Ticket is among several of the rare and high-end Funko Pop! figures that we’re looking to authenticate prices for via our newly formed “Big Ticket Task Force.” Check out more info regarding this project, including our latest addition of Mercari prices to items in the hobbyDB database, by following this link.