From Germany to Australia, the History of the 1960 Goggomobil

From 1959–1961 Bill Buckle of Sydney famously imported the Goggomobil from Germany into Australia and in 1960 using the base of the successful Goggomobil Dart sedan, produced the Carryall delivery van completely in house from his own unique design. The concept was to produce a utilitarian van that would have a cheap purchase price, was efficient to run and have a good carrying capacity. The resulting Goggomobil Carryall looked like a shrunken version of the renowned VW Kombi Van, complete with its two tone and V at the front, but uniquely this mighty microcar achieved a huge carrying capacity of 2.8 m3. 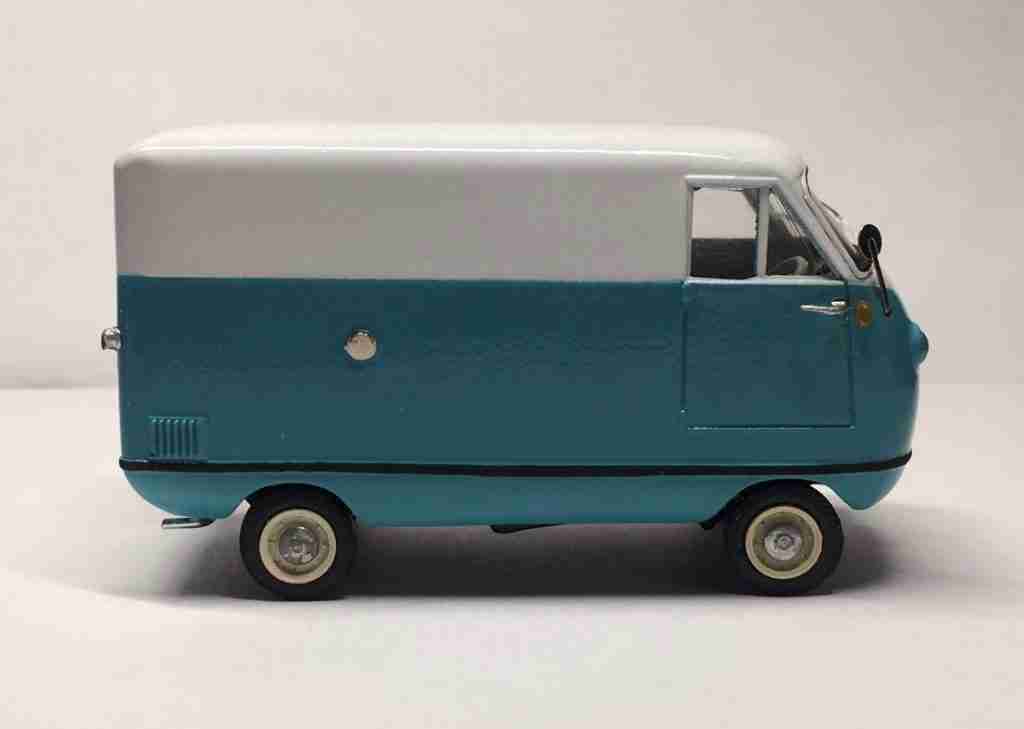 The cargo area was very easily accessed for loading and unloading by a generous corrugated fibre glass roller door on the passenger side which opened beneath the roof. Even the passenger seat folded forward or could be removed for additional storage. There was no passenger door which added strength to the van and assisted to compensate for the large void created by the cargo door opening. The small dimensions of the van were considered beneficial for narrow inner-city streets and laneway deliveries. 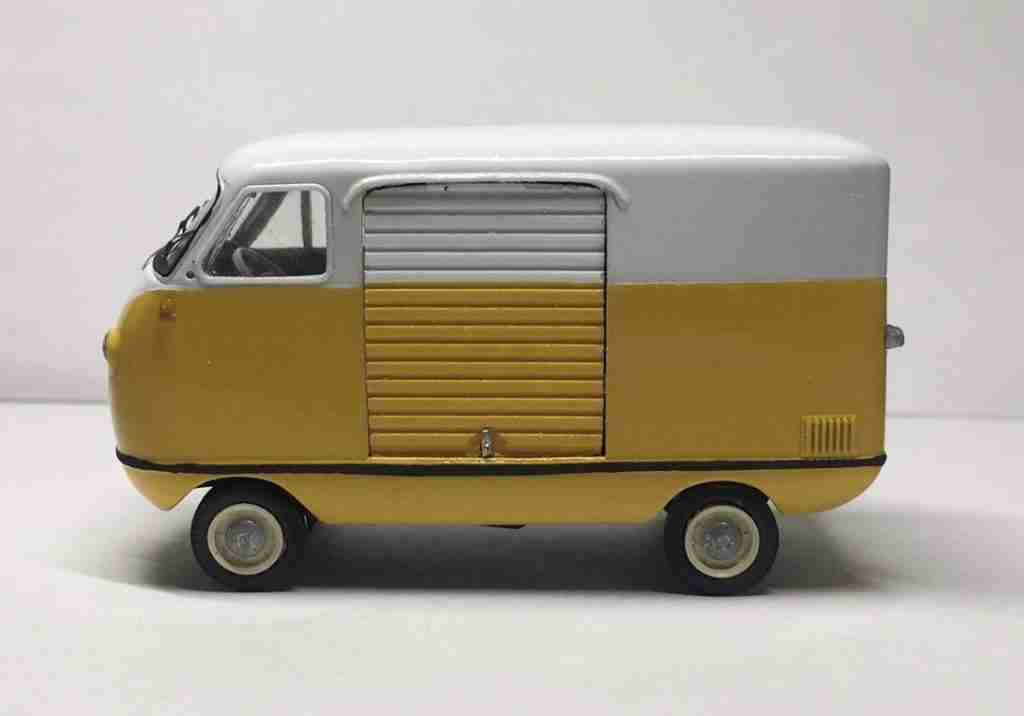 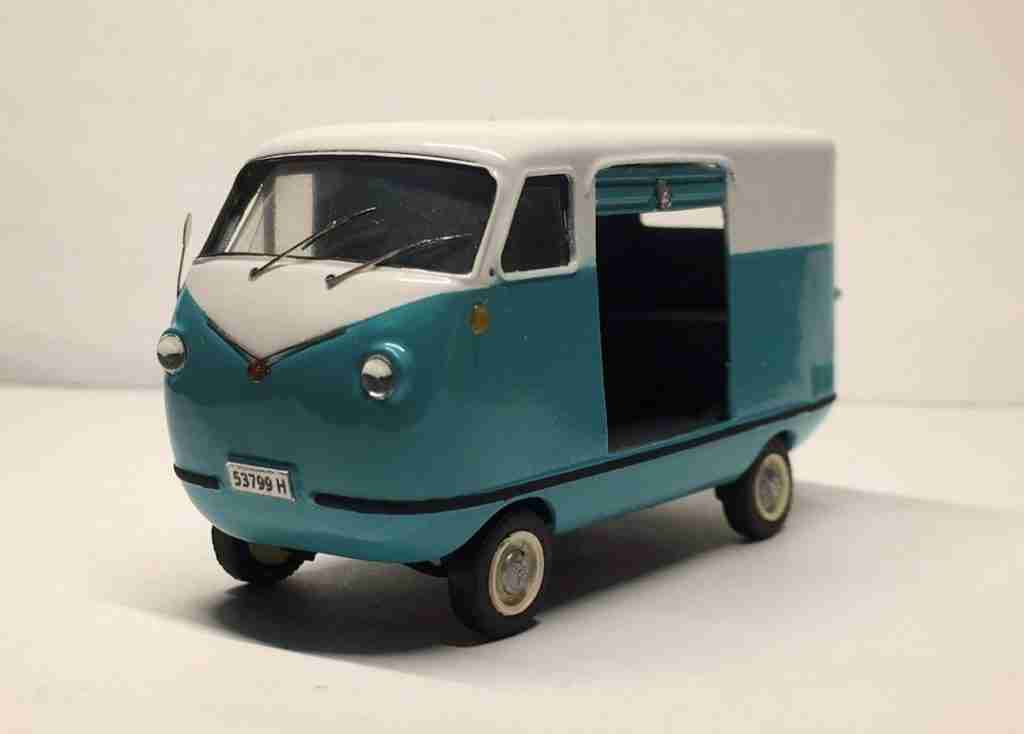 The Carryall weighed 370 Kg and was 3050 mm long, the length of the Dart. It had a turning circle of less than 7 m ideal for lane way delivery tight spots. The fibreglass body of the successful Goggomobil Dart was moulded in 2 pieces and separated horizontally by a rubber strip. The fibre glass Carryall was built completely by Buckle using the lower section of the Dart as its base and utilised the power of its 400 cc two stroke engine. The driver side door was steel for strength while the economical and weight efficient window was Perspex with a sliding vent adjusted with a leather strap and held in place with pressed studs. The rear window and passenger side windows were also Perspex but fixed into place. 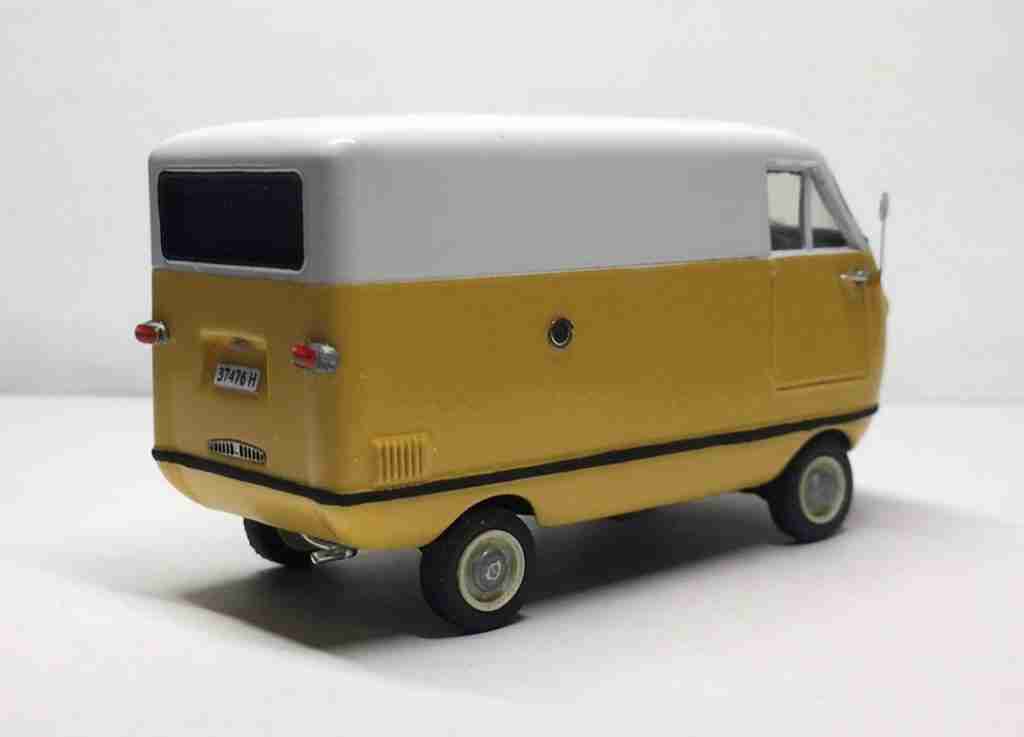 The sedan chassis controls were moved forward of the front suspension. The steering was via chain drive back to the steering box allowing the maintenance of backward rake on the steering column. Different to the standard Goggomobil unit, the brake, clutch, and accelerator pedal unit was moved forward of the suspension and the brake cylinder and turned 180 degrees allowing activation from the bottom extension of the brake pedal. The engine was accessed via a floor panel within the rear of the van. 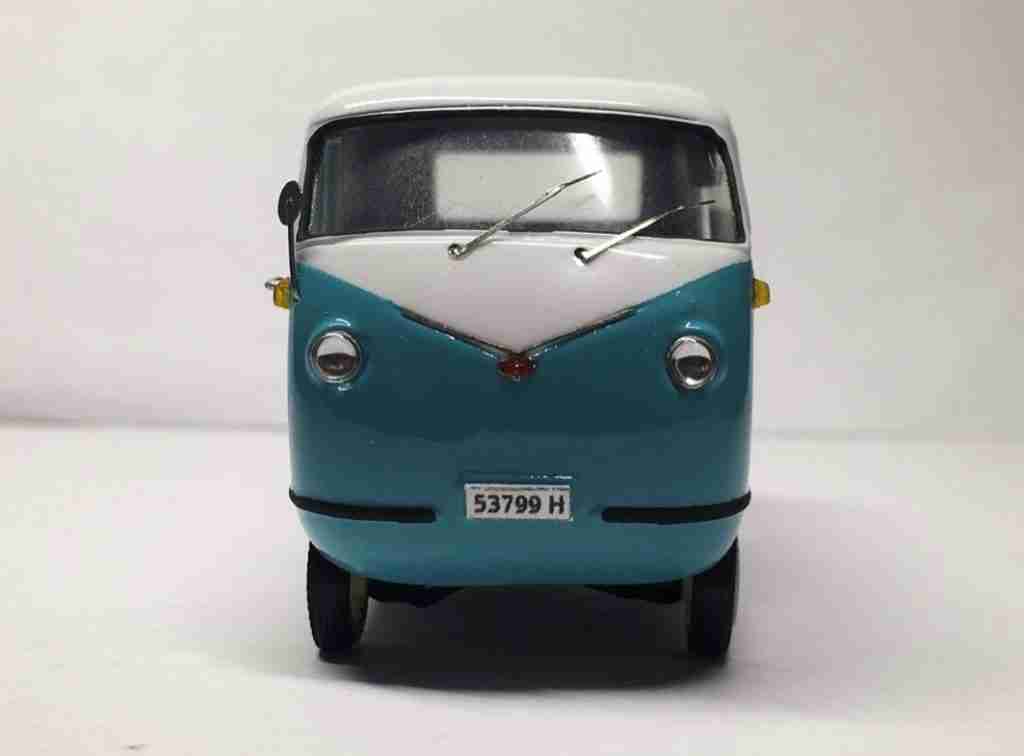 The gearbox was 4 forward and 1 reverse gears with a two-plate wet clutch with a diaphragm operation. Suspension was independent swing axle with coil spring and integral telescopic dampers. The 400 cc, twin cylinder two stroke engine developed 18BHP at 5500 RPM and had a compression Ratio 6:1 with a single rotary slide Bing carburettor. The original fuel petrol mix was 20:1 (0.57 Litres (1 pint) of oil to 11.36 Litres (2.5 gallons) of petrol). 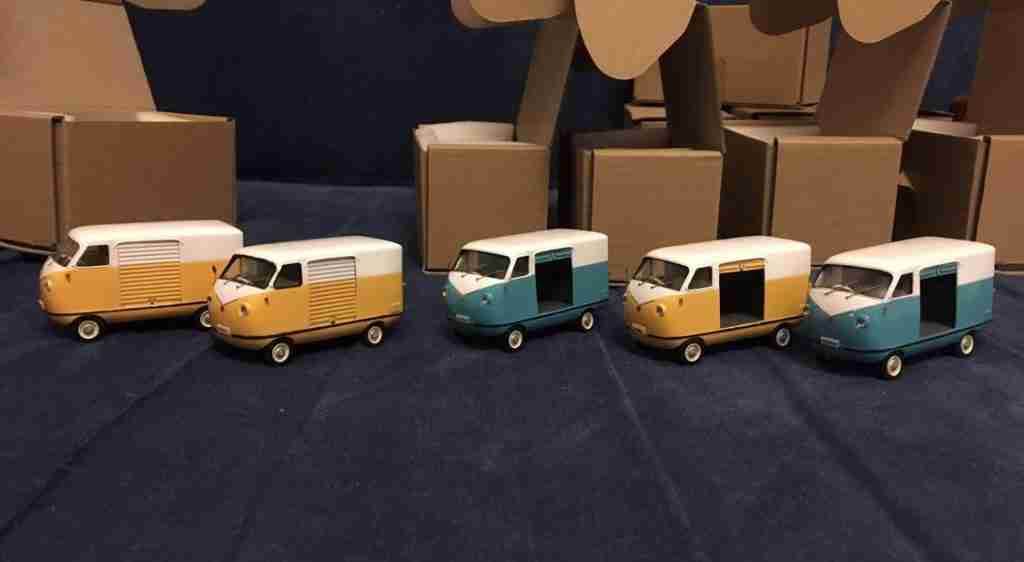 A total of 14 vans were produced and only a few survive. A true testament of passion to not only import microcars but to craft a uniquely Australian commercial microcar, the Buckle Goggomobil Carryall.

The Buckle is so ugly that it is cute! But I don’t see it in hobbyDB – don ‘t forget to add it!