The History of the 1942 L’Oeuf Electrique (The Electric Egg)

The L’Oeuf Electrique (The Electric Egg) was a three-wheeled microcar built in Paris in 1942, by Paul Arzens, an Engineer and Artist, as a bespoke lightweight personal car. The designation of “Egg” car was soon attached to this unique car as it was seen driving around Paris in 1942 and was likely the first bubble car.

The egg like shape was crafted from hand-formed aluminum sheets and Plexiglas (Perspex) plastic sheets on a frame designed by Arzens of Duralinox tube (durable aluminum tubing). During the privations of the WWII occupation of Paris, Arzens scrounged the materials to make this 90 kg reverse trike with an electric motor (30 kg) turning the rear wheel, and five batteries (260 kg) which took the total weight to 350 kg, similar in weight to pre-war cycle cars. 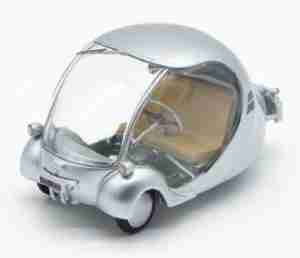 The car was not painted and being made of aluminum there was no risk of rust as corrosion which occurs with steel cars. The two Plexiglas doors and curved windscreen provided excellent visibility from the cabin, which was unprecedented in small cars of the time. As the car tapered at the rear to cover the single wheel and motor, the rear cabin window was a small oval resembling a porthole. The batteries provided a range of 100 km (63 miles) with a top speed of 60 km per hour (44 miles per hour) with the driver alone, or 60 km/h (37 mph) with driver and one passenger.

After the war the electric motor was replaced with single cylinder 125 CC Peugeot 2-stroke internal combustion petrol engine, 5.5 hp, with a top speed of 80 km/h. The cabin had a long steering wheel and minimal features with no gauges to reduce weight, demonstrated by the single bench seat built over a wicker frame. 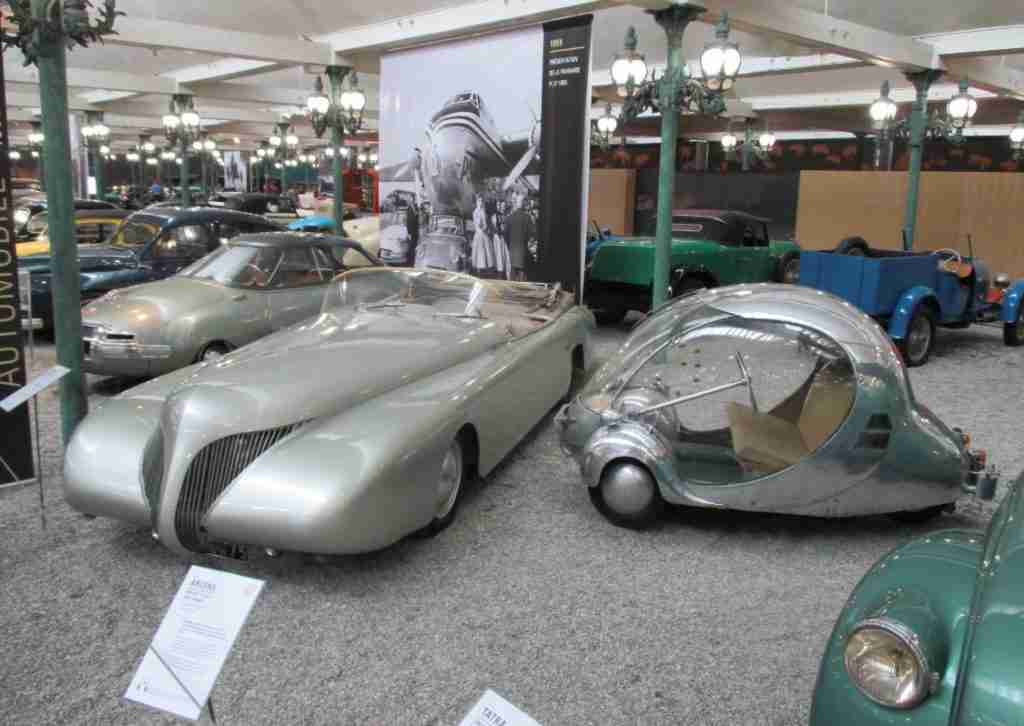 The Electric Egg was not Arzens’ first car. In 1938, Arzens utilized the chassis of an American Buick Standard and built an impressive and lengthy body inspired by aviation, creating “La Baleine” the “Whale.”

“Paul Arzens was one of the foremost European industrial designers of the 20th century” (European Route of Industrial Heritage). Well known for designing locomotives and passenger carriages, designing most of the diesel and electric locomotives built for the French railway system (the SNCF) during 1950s and worked extensively on the early stage works on the TGV (Tres Grande Vitesse) late in the 1960s (European Route of Industrial Heritage). 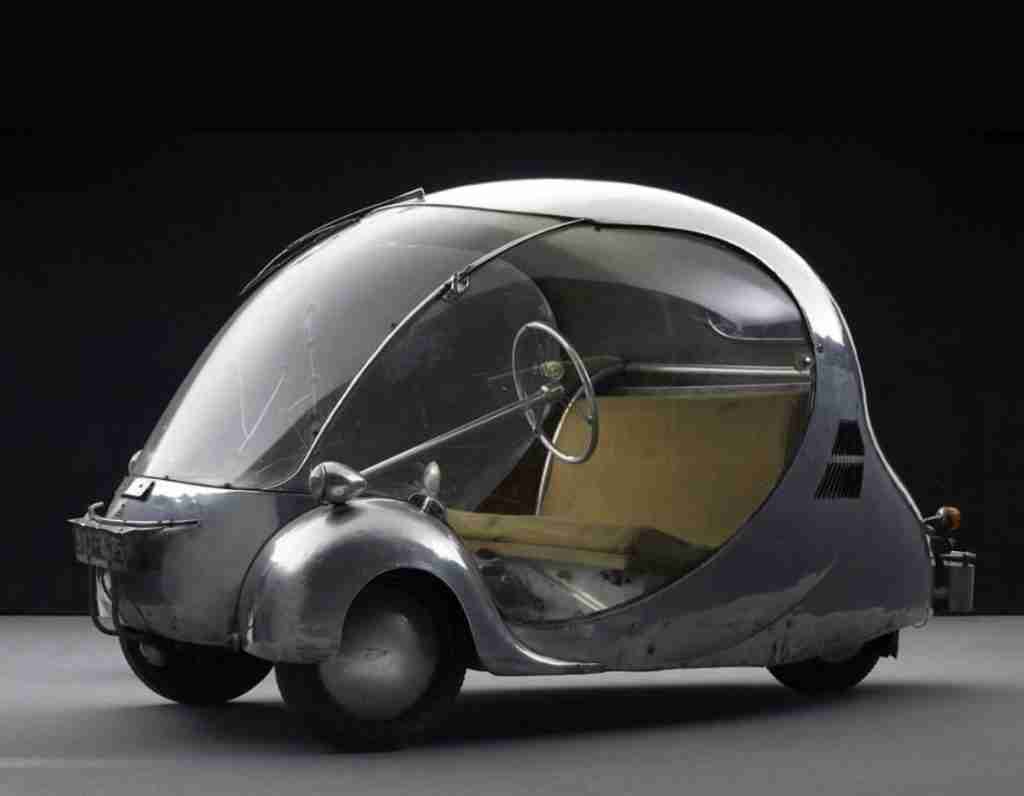 Arzens maintained and occasionally drove the Electric Egg until his death in 1990. The Arzen collection of cars and railway models were donated to the Musée des Arts et Métiers and in 1993 the cars were deposited and displayed at the Cité de l’automobile in Mulhouse (Haut-Rhin).

If you wish to purchase the MMA Model of the L’Oeuf Electrique (The Electric Egg), please see the item on the MMA Model shop here.