The History of the 1983 Bamby Car Mk1 and its Collectibles 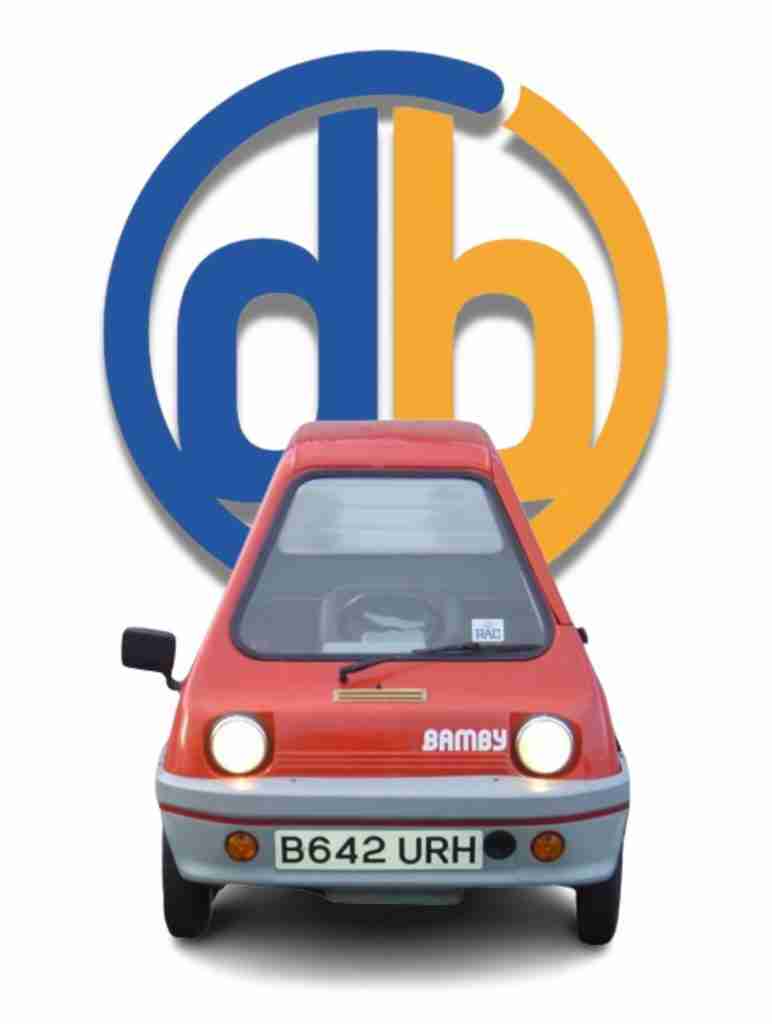 Designed by Alan Evans in 1983 and produced in Hull, UK by Bamby Cars Limited. The name ‘Bamby’ was Anglicised from Alan’s first choice ‘Bambino’ Italian for baby, because the car was small like a baby. The concept originally was to make a microcar for his wife so she could drive to the shops, make short trips, occasionally carrying a small child, and all the while be out of the weather. As a Microcar enthusiast Alan had earlier made his own copy of the famous Peel P50 which he drove locally. Alan understood and thoroughly researched the technical and engineering specifications of car construction in preparation of making his one-off car.

Soon after the moulds for the prototype “one off” were completed by Laylite Limited, that business was declared bankrupt. Fortuitously Alan was able to purchase cheaply from the liquidator all their production materials and laminators equipment. This and the growing public interest in the prototype once completed and promoted by Alan, encouraged the Bamby Car into production and soon after Bamby Cars Limited was founded. The Bamby Car with a small engine was also suitable for 16-year-olds in the UK to drive unsupervised with only a learner permit and was expected to be attractive to younger buyers. Such a small trike vehicle did not require Mira crash testing and it did not need to have a speedometer. All beneficial savings for a budding car manufacturer.

Alan bought 8 Malagutti 49 cc kick start petrol engines with a 3-speed automatic transmission which was converted to a pull start operated from within the comfort of the cabin. The Bamby claimed a fuel efficiency of up to 100 mpg (2.35 L / 100 km). The motor suffered from the carburettor flooding and soon an upgrade was considered necessary.

The wheels were from a Yamaha Passola twist and go scooter as was the centred single oblong headlight, while the rear lights were sourced from a local caravan manufacturer. The prototype was fitted with a small, polished alloy and black leather “mountny” steering wheel but production models had scooter handlebars. The prototype was cream with a grey bottom half. 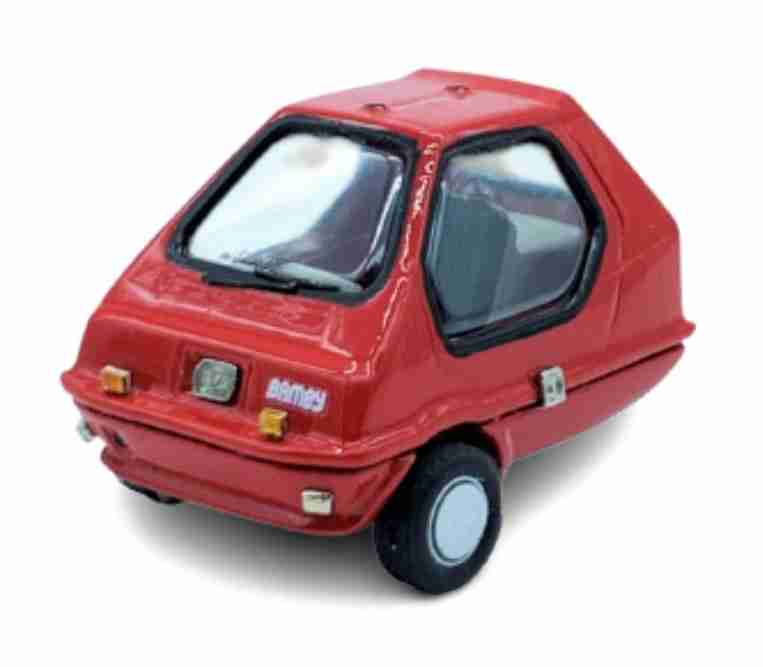 Access was via a gull wing door, attached using the rear door hinges from a Reliant van and supported by a single gas strut. The front and rear subframes were steel with a fibreglass body and all components were attached to this. The windows were Perspex plastic and the windscreen wiper sourced from the rear window motor and wiper of a Ford Fiesta.

The colours of the first batch of 5 models were 2 British racing green, red, powder blue and white.

The second batch were upgraded to the Yamaha Passola Moped including brakes and stylish 3 spoked wheels. Alan bought 6 of the scooters and 6 extra wheels and brake assembly units, utilising the speedometer, twist grip throttle, handlebars, and other parts, selling surplus parts back to the motorcycle dealer which assisted to reduce costs. The original cable brakes were further updated to highly effective go cart disc brakes that could stop at 100 mph (160.93 km/h) and suited the Bamby well. The Bamby Car Mk1 price was £1387. 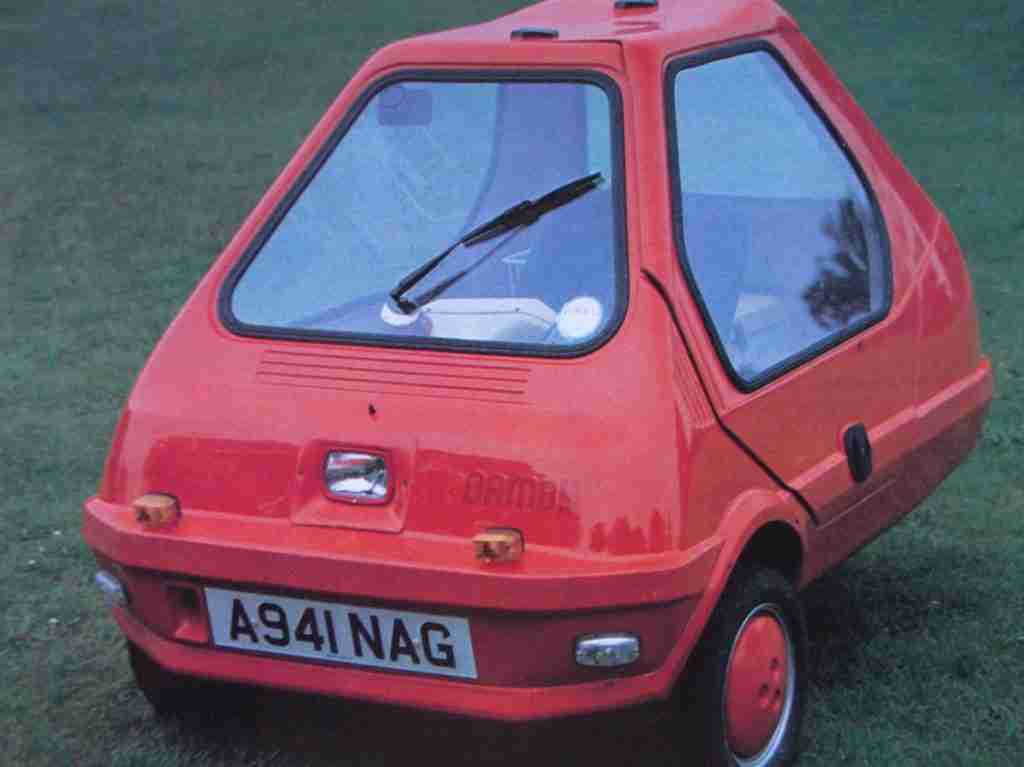 The colours of the second batch of 6 cars were yellow with tinted windows, British racing green, red (which Alan now owns), powder blue, white, and pink.

Some loyal customers with the earliest edition Bamby returned to have them refitted with the upgrade improvements. The buyer of the first yellow (tinted windows) Bamby, drove it regularly and reliably around Hull and was a happy and loyal customer. And the prototype Bamby Car, Alan’s ‘baby’ that led to Bamby Cars Limited, remains to this day with Alan Evans and his family.

Approximately 50 vehicles including the Bamby MK1 and Bamby MK2 were produced.