Did You Own It: Teddy Ruxpin, The World’s First Talking Toy 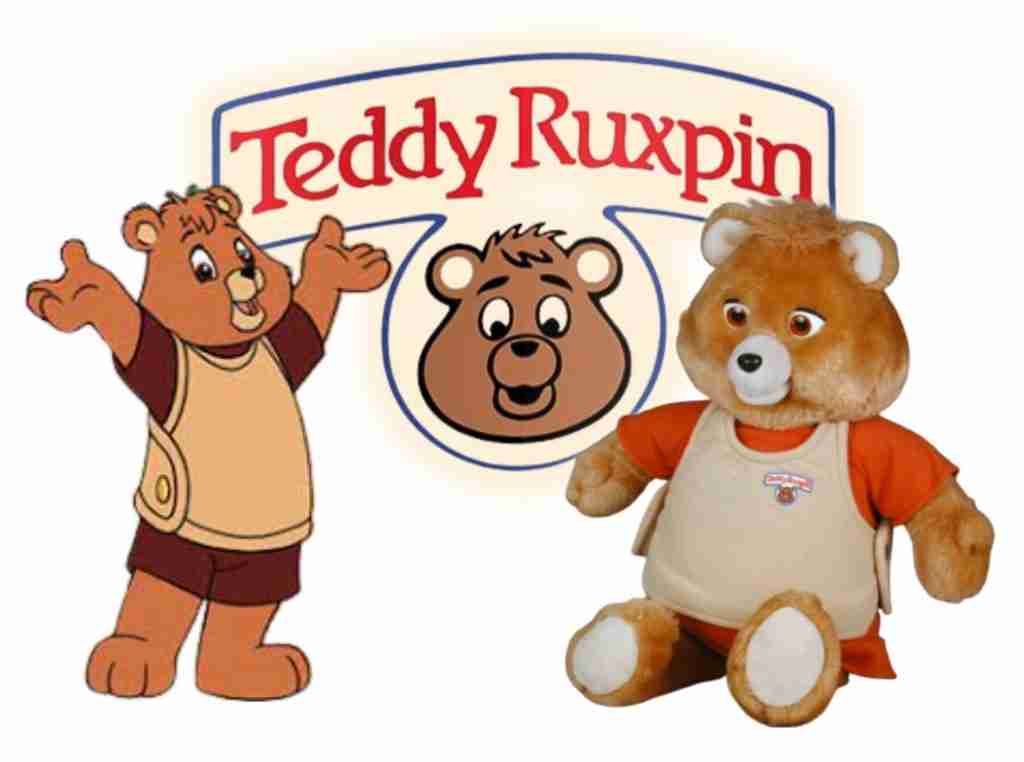 Do you remember how old you were when your toys started talking to you? If you were a kid in the mid-80’s, there’s a strong chance that toy was Teddy Ruxpin.

The chatty plush bear is considered one of the most iconic toys from the 80s and is credited for ushering in the era of animatronic dolls and figures.

And it certainly lived up to its slogan as “The World’s First Animated Talking Toy.” 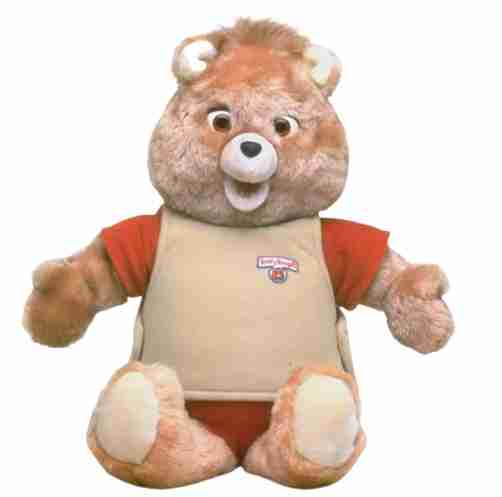 Teddy Ruxpin, how it worked

Teddy Ruxpin was revolutionary for its toy technology, which used a pair of audio tracks that controlled audio and its data stream via a cassette. Servo motors allowed the eyes and mouth to move and divert audio to Ruxpin’s sidekick Grubby.

While you could play regular cassette tapes in your Teddy Ruxpin, you couldn’t get his mouth to sing along with Madonna, Bon Jovi or whomever else you listened to back then.

Teddy Ruxpin, behind the scenes

Ruxpin was invented by Ken Forsse, who brought his experience building animatronics for entertainment companies such as Disney (Country Bear Jamboree) and others, to the toy manufacturer Worlds of Wonder.

Ruxpin was an instant hit and the No. 1 selling toy in 1985 and 1986. Its release kicked off a whirlwind few years for Worlds of Wonder.

Before long, Teddy Ruxpin had his own animated television show, which aired 65 episodes between 1986 and 1987. 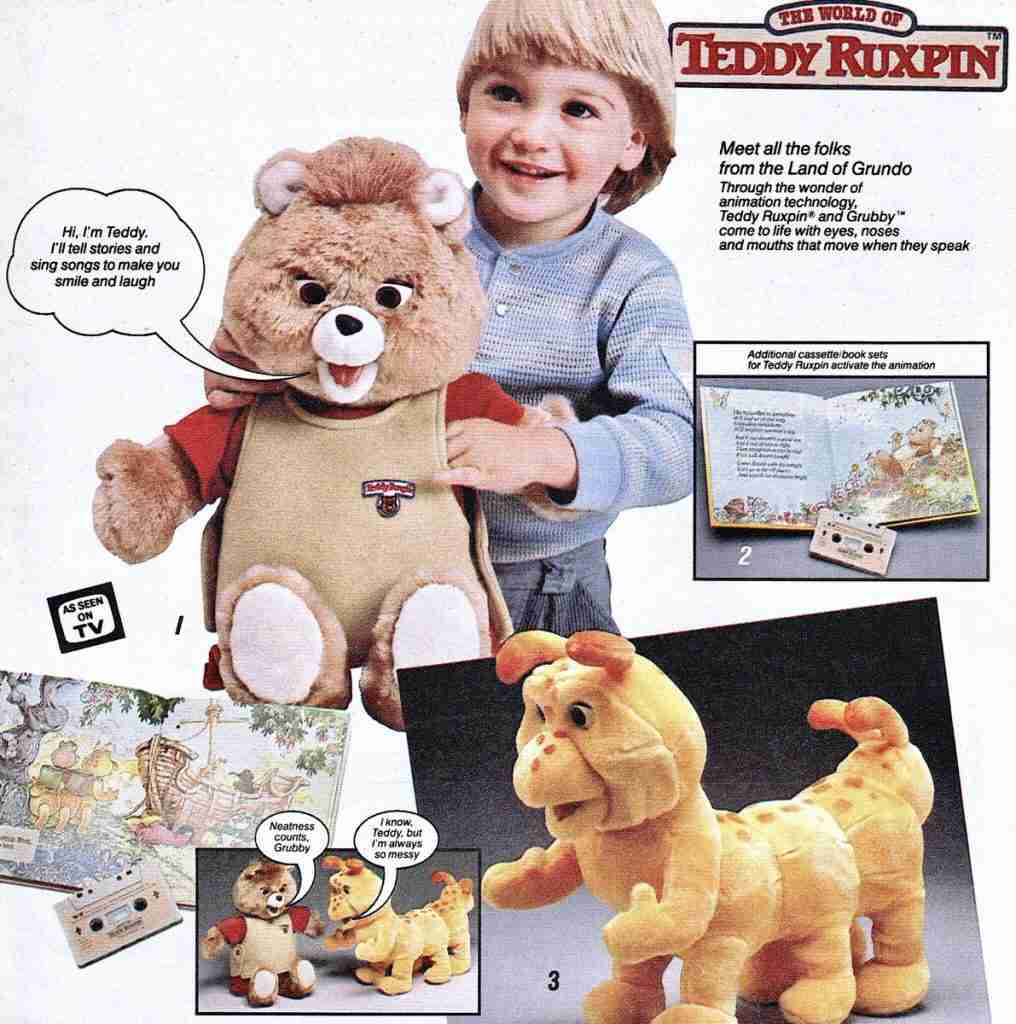 Despite rocketing to success with Ruxpin, Worlds of Wonder faced its share of obstacles. That included the mishandling of inventory and a devaluation of their stock – along with increased competition from the new wave of animatronic toy manufacturers looking to replicate Ruxpin’s fortune.

Knowing it needed to diversify, Worlds of Wonder branched out, creating items such as Lazer Tag.

Lazer Tag was another revolutionary toy at the time, but was cut short when a 19-year-old was shot by police who mistook the toy for a real gun.

The fallout and uncertainty of its stock proved too much for Worlds of Wonder. The company lost its deal as the original distributor of the first Nintendo and filed for bankruptcy shortly before Christmas in 1987. 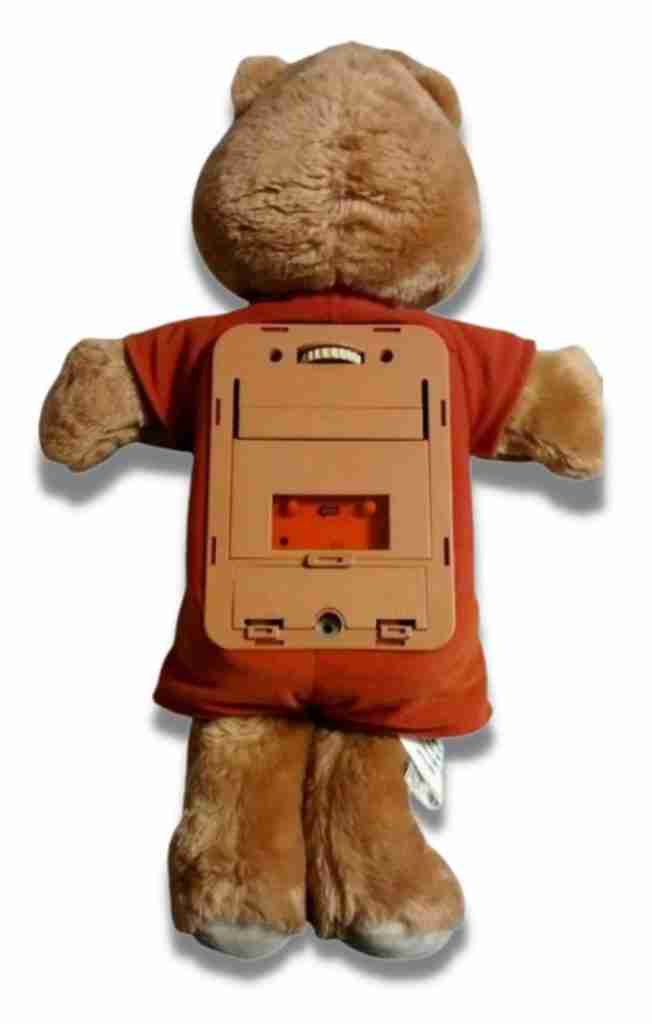 Teddy Ruxpin, through the years

Teddy didn’t stay on the shelf for too long. Hasbro swooped in and produced Ruxpin dolls from 1991 to 1996 under its Playskool brand.

From there he bounced from Yes! Entertainment to BackPack Toys before landing with Wicked Cool Toys. Teddy won the 2006 Animated Interactive Plush Toy of the Year Award from Creative Child Magazine when BackPack Toys replaced his audio tapes with digital ROM cartridges.

There were also reports that The Jim Henson Company is in works to create an animated adventure show about Teddy Ruxpin along with the production group Alchemy.

Of course, for all the love and adulation, all the frenzy and hype, there was the other side of the Teddy Ruxpin story.

You’ll find the tales spread among kids from the 80s and on subReddits everywhere: Teddy Ruxpin was haunted.

Whether a glitch in its wiring or a portal to an evil dimension, stories abound of Teddy Ruxpins springing to life after years of dormancy, creepy interactions and even stalking…yes, stalking.

So we want to know. Did you own it? Tell, or better yet, show us in the comments below!