hobbyDB super user Javier Serrano, aka Fjaviserr takes us on a tour of the stars with a look at Funko’s history of Flash Gordon collectible items. Read more of his wonderful guest posts here! 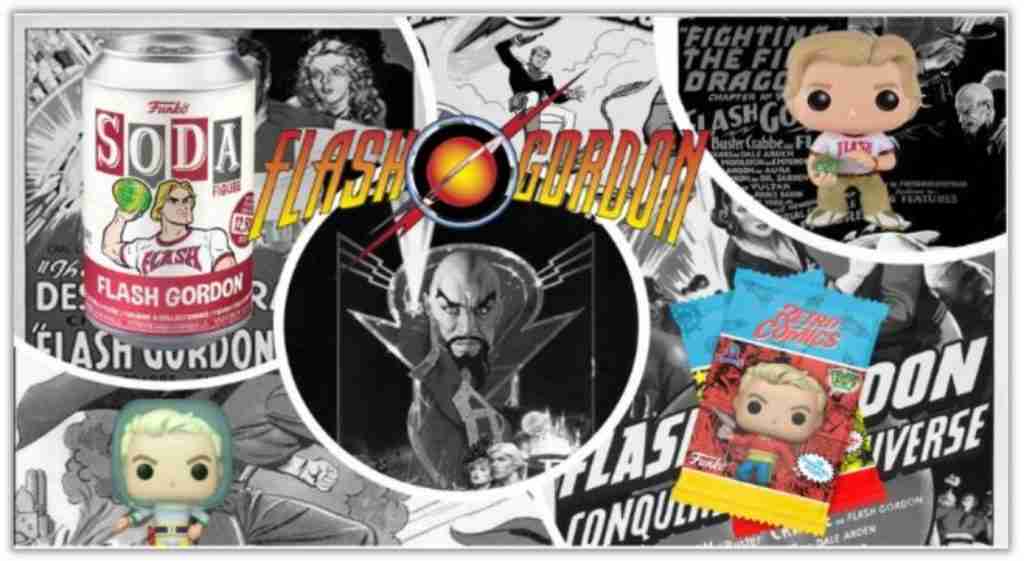 If there is Science Fiction legend who deserves our respect and admiration, it is without a doubt Flash Gordon.

The character who was created to compete with another iconic strip comic, Buck Rogers, was an immediate success. Since his first appearance in 1934, a lot of ink and magnificent colorful stories were created by Alex Raymond hands, becoming a staple and influential comic for generations in the years to come.

Such was the impact that the jump to the big screen was quick in coming, featuring three serial films produced by Universal Pictures, starring Buster Crabbe: Flash Gordon (1936), Flash Gordon’s Trip to Mars (1938), and Flash Gordon Conquers the Universe (1940). 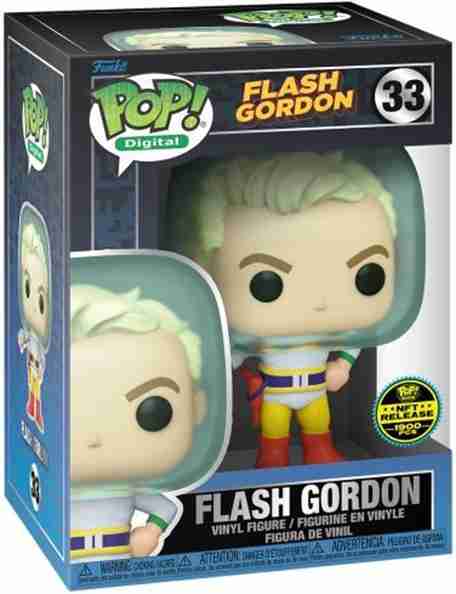 All of them were condensed into a feature-length film, the 1936 was entitled as Flash Gordon or Rocket Ship or Space Soldiers or Flash Gordon: Spaceship to the Unknown, the 1938 as Flash Gordon: The Deadly Ray from Mars and the 1940 as The Purple Death from Outer Space.

In parallel, in 1935, the strip was also adapted into The Amazing Interplanetary Adventures of Flash Gordon, a 26-episode weekly radio serial, becoming one of the most beloved radio shows at that time.

Since the mid 40’s the work of Alex Raymond, was going on by other legendary illustrators, finding among them Austin Briggs, Mac Raboy and Dan Barry. The adventures of Flash Gordon seemed never-ending successful and with the arrival of Television, Steve Holland played the role of the intergalactic polo player in a 1954–55 live-action television series, which ran for 39 episodes.

As a result of the popularity of Flash Gordon in those years, numerous licensed products were released, including coloring books, lunch boxes, toy spaceships and ray guns.

A few months ago, Funko presented us with its very first figure from the golden days, Flash Gordon #33 Pop! Digital. This amazing item, limited to 1,900 pieces, belongs to the series dedicated to Retro Comics as a part of the NFT’s collectibles, and the lucky ones who find the NFT Redeemable, could get this must have for Science Fiction Classics Funko collectors.

It would be amazing to see more characters based on the original comic, such as his companions Dale Arden and Dr. Hans Zarkov as Pop! vinyl figures in the future as well. 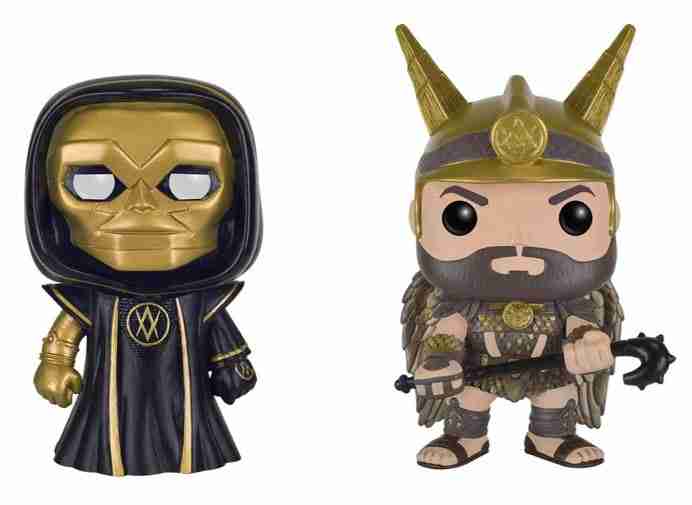 During the 70’s, the adventures on Mongo continued in subsequent illustrated works. The 80’s went on an avalanche of animated TV series and movies related to Flash Gordon animated (1979–80), Flash Gordon: The Greatest Adventure of All (1982) and Defenders of the Earth (1986).

It was in 1980 when a new film brought us our hero to the cinema again. This space opera film, starring Sam J. Jones, was based loosely on Alex Raymond’s work, making Flash Gordon the quarterback of the New York Jets. The cast was completed with Melody Anderson, Max von Sydow and Timothy Dalton among others. Although the film received overall positive reviews, its launch coincided in time, with another blockbusters, such as Star Wars, Superman, and Star Trek: The Motion Picture, relegating to a second place Hodges’ 1980 Flash Gordon film.

The paradox, and interesting fact, is that George Lucas was unable to acquire the rights to make a Flash Gordon film in the 1970s, so he decided to create Star Wars.

Fortunately, we find on Funko’s catalog some incredible vinyl figures from the 80’s movie. We had to wait until 2016 to see them. The Pop! Movies series included Flash Gordon #309, Ming the Merciless #310, General Klytus #311 and Prince Vultan #312. They were followed by the Dorbz set, exclusive to Toy Tokyo (SDCC 2016), featuring Flash Gordon & Ming the Merciless.

In 2022 we find the very first Sodas, highlighting the chase variant, and the upcoming release of Pop! Albums Freddy Mercury #30 (Queen – Flash Gordon). So, it will not be shocking to see more figures related to the Savior of the Universe in the world of Funko. 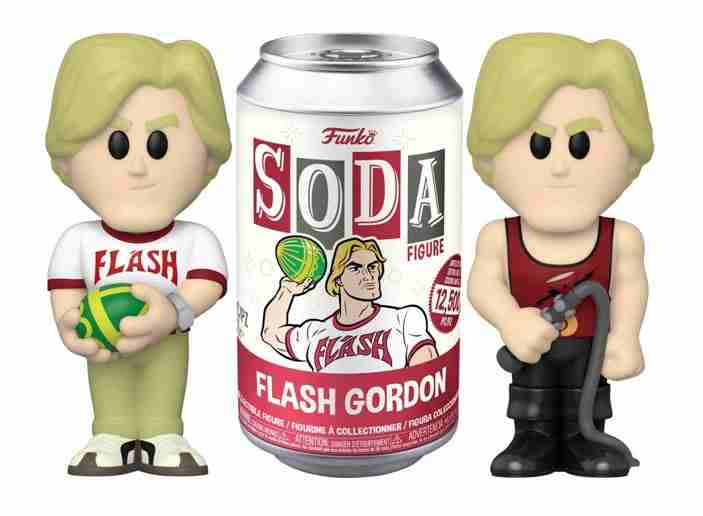 In the last decades several publishers, such as DC, Dynamite Entertainment, Marvel, Titan Publishing Group, Dark Horse…, made more adaptations of the graphic novel, including reprints of the King Features Syndicate’s original stories, small tributes that contribute to keep the legend alive.

Flash Gordon is regarded as one of the greatest and most influential iconic graphic legends of pop culture, and in my humble opinion, many things should be written about him every day. Although the 1980 film has a cult status, it would be wonderful to reach the audience with new and impact cinema projects, bringing him back to the podium of Science Fiction, where he belongs. 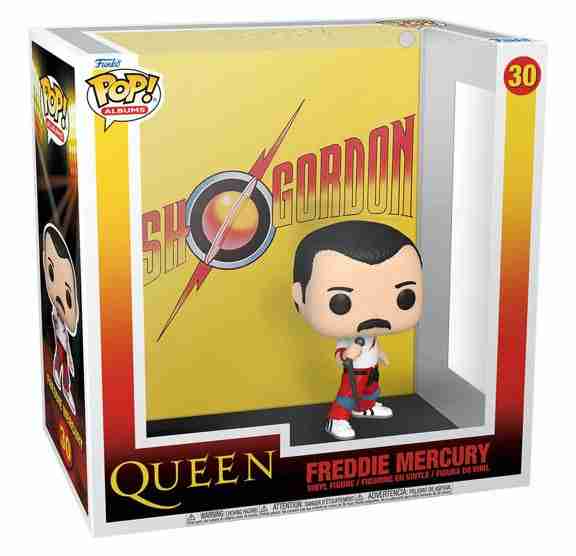 And of course, seeing more Funko Flash Gordon collectibles in different shapes and scales in the short term, would be a dream come true.