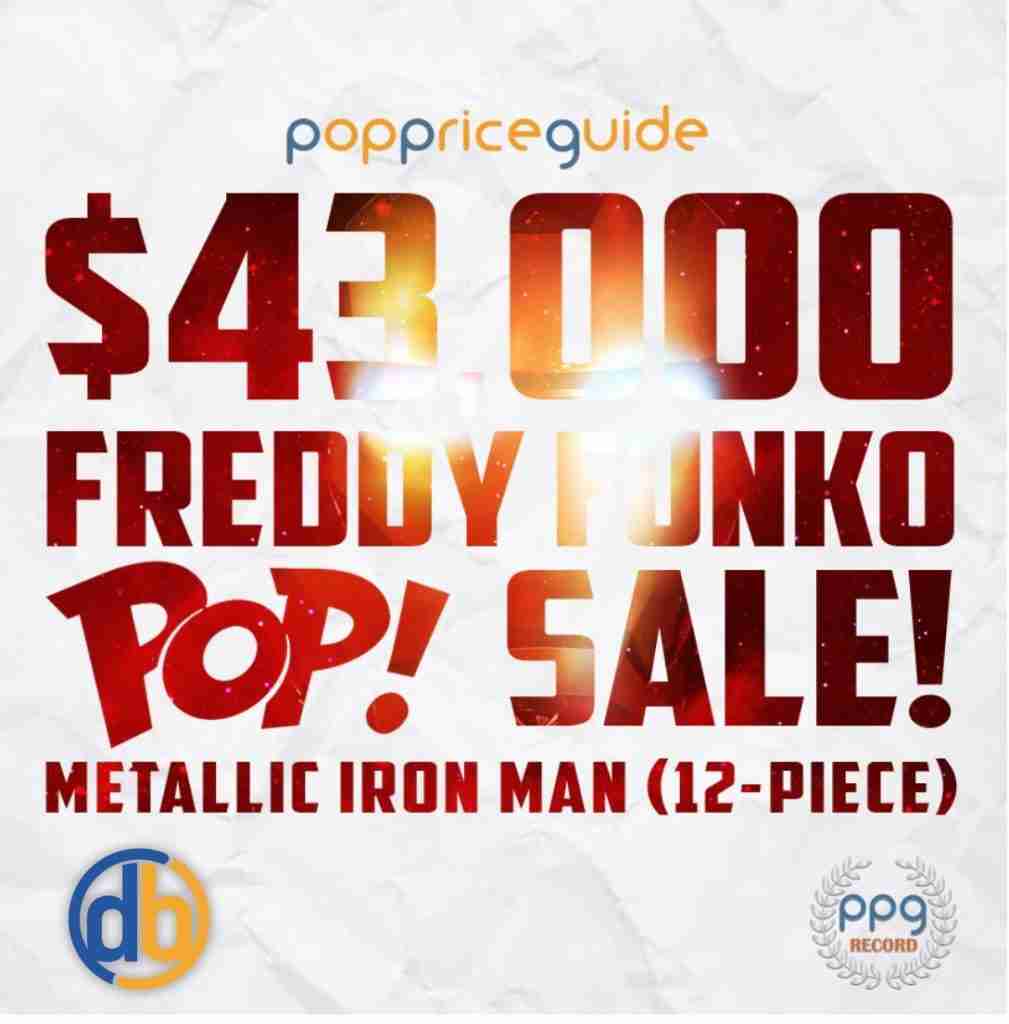 Back in May, hobbyDB shareholder and contributor GrailMonster – whose name we’re protecting for privacy reasons – made headlines with a record-setting $100K purchase of the extremely rare Willy Wonka Golden-Ticket (2-pack). 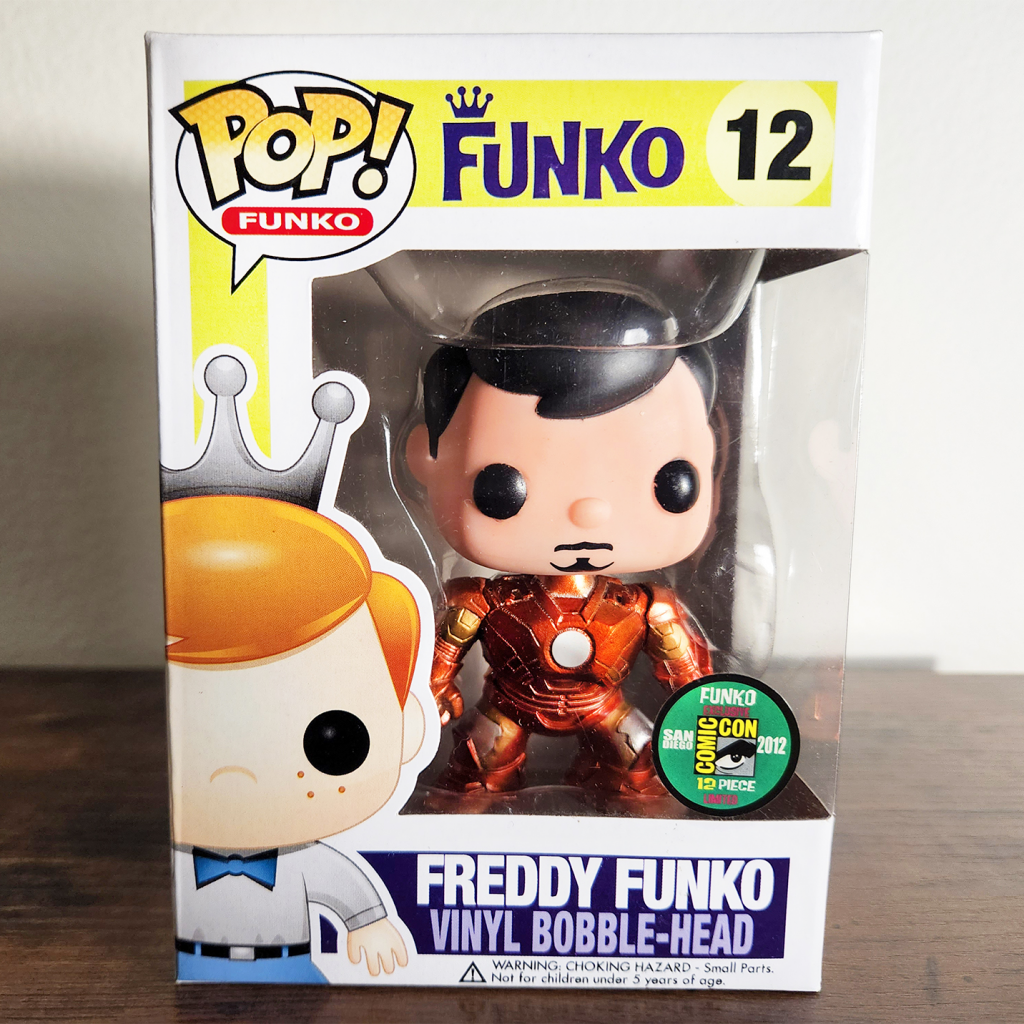 Now he’s the rightful owner of one of the most sought-after Freddy Funko figures in existence after buying Freddy Funko Metallic Iron Man for a cool $43,000 – the most ever paid for a Freddy Funko.

Watch him unbox the grail here, including the toolbox it comes packaged in!

Of the Freddy 12’s, only two Marvel pieces exist – Iron Man and Ghost Rider (both of which are metallic). The Freddy Metallic Iron Man was given out for free to lucky SDCC attendees in 2012 and is universally considered the most sought after Freddy in existence.

With our new hobbyDB Big Ticket Task Force, we’re now able to authenticate the sales of higher end items by vetting sources and confirming receipts, etc. This allows us to have more accurate price points for sales that happen away from the likes of eBay in the private sector.

Read more about the program here!

Thank you Hobbydb and Grail Monster for trying to authenticate and more accurately track private sales of high end grails. It is surely needed on the secondary market. Congrats Grail Monster on another amazing acquisition of the rarest of the rare.