Get to Know – M2 Machines VP of Design Sean Taylor 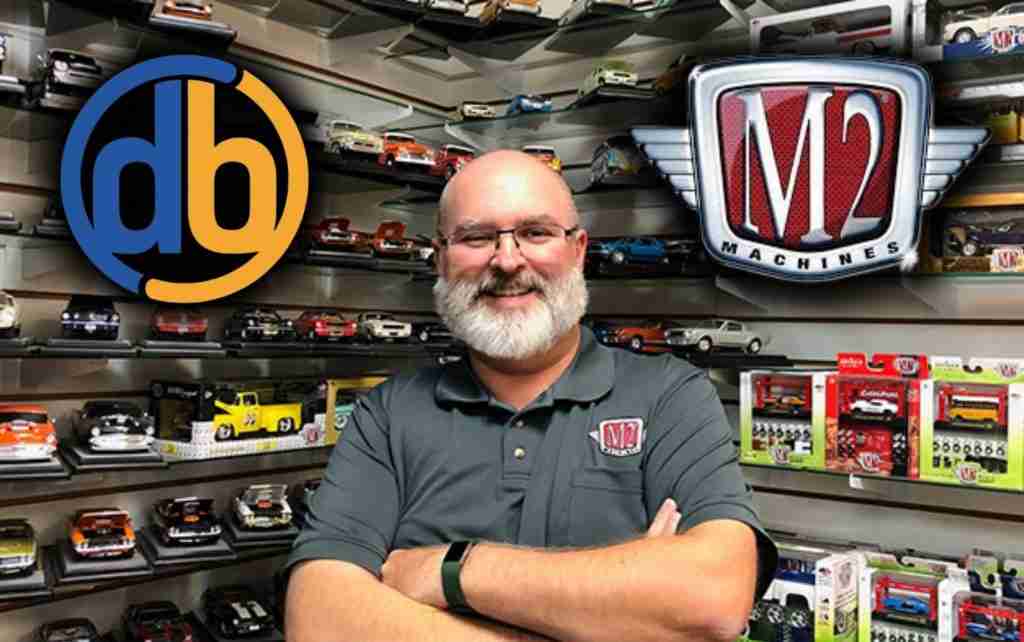 As car fans, we explicitly know what drives our fandom. But what about those who help fuel that fanaticism? What are their favorite castings, real-life cars and more?

We decided to find out via our Q&A series where we ask icons and veterans from the world of model cars about the automobiles that helped shape their lives.

Today we’re chatting with Sean Taylor! The Vice President of Product Development for M2 Machines has overseen a wealth of models since joining the company in 2007. We just had to pick his brain.

Stay tuned for more chats with renowned designers, influencers and more arriving in the near future! Also make sure to check out our recent chat with Hot Wheels designer Brendon Vetuskey! Read more about Sean and his dream job here on the hobbyDD Blog.

Over to you, Sean!

3 of your own favorite castings

That would be our 1949 Mercury Custom with chopped top. The 1973 Chevrolet Squarebody truck, the Col. Square Body with a custom separate chassis. Finally our new upcoming 1932 Ford Hot Rods.

I work on the majority of new tooling/castings. But my designer DJ worked on the new “Shorty” VW single cab truck. There’s also a wicked custom 4X4 chassis for this one. 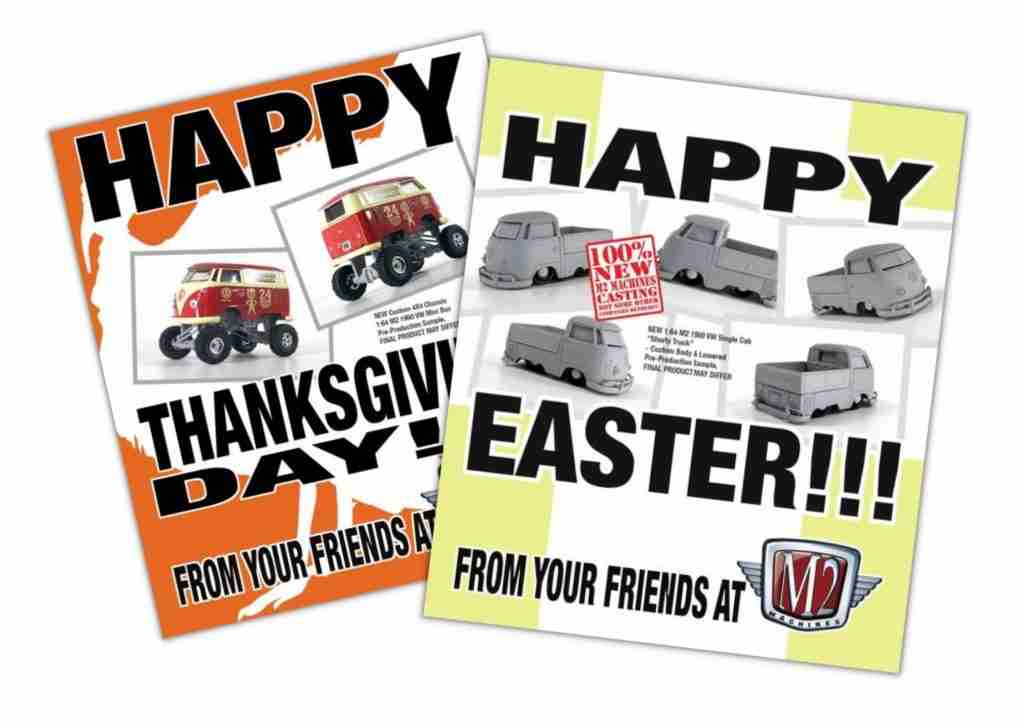 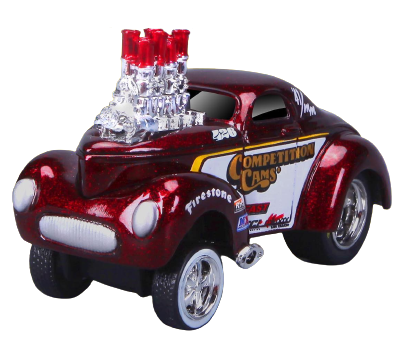 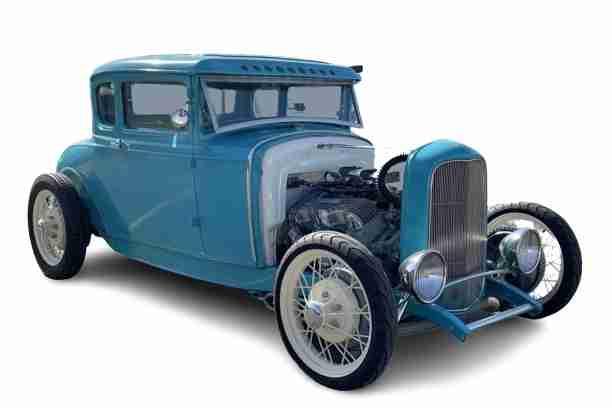 We used to have a 1967 Chevrolet Camaro RS. That was a fun car. Next would be a 2000 Porsche Carrera 4S. It was a blast to drive. I really loved driving a 2019 Chevrolet Camaro SS 1LE. Such a great drivetrain, I had a lot of fun with that 6 speed. 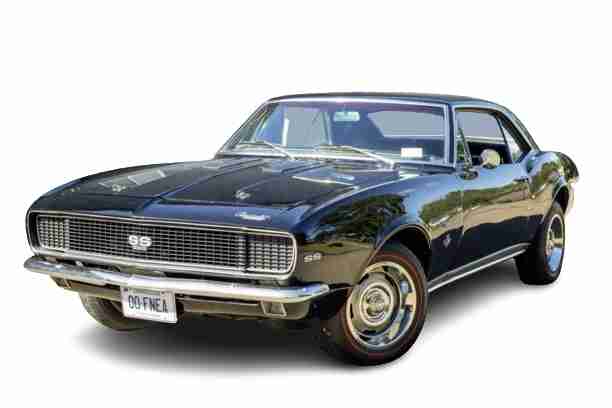 Any ’63-’67 Chevrolet Corvette Sting Ray Coupe. I’ve always loved that design. The 1963 Bill Thomas Cheetah. Again, love that 1960’s racing vibe! Lastly Bob Falfa’s 1955 Chevrolet Hot Rod from American Graffiti. I would love to romp on that big block and bang those gears! That was an awesome car! 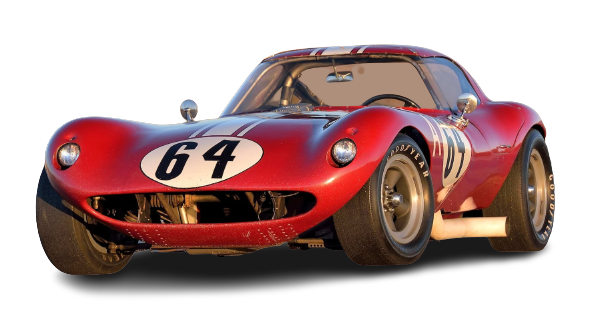 3 of your favorite car races

I love attending The Grand National Roadster Show. Next would be the L.A. Roadsters Father’s Day Show. My dad and I have only missed a few of them. It’s always nice to finish out the year with the Mooneyes Christmas Show. 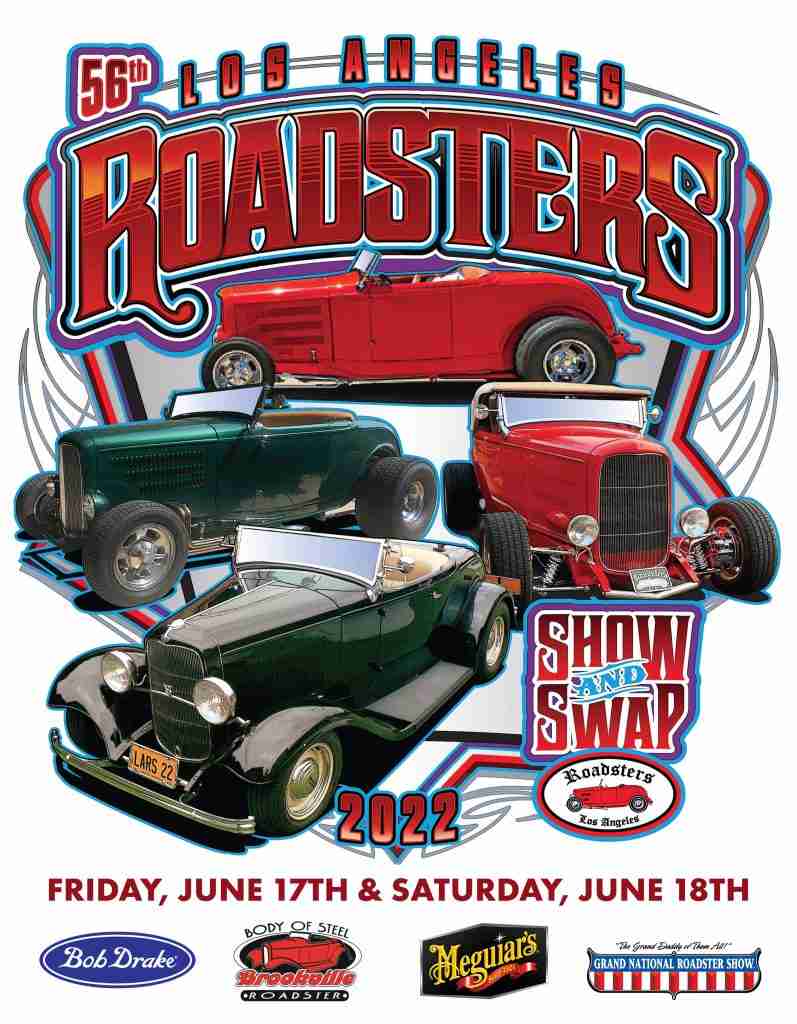 3 of your favorite car people

My three favorite car people would be Mr. Pete Brock. Mr. Brock designed the Chevrolet Stingray, designed the Shelby Daytona coupe, headed up the BRE Datsuns among other car accomplishments. Then Ed “Big Daddy” Roth. He created Rat Fink and built many show cars such as the Beatnik Bandit. And finally the “Intimidator” Dale Earnhardt. 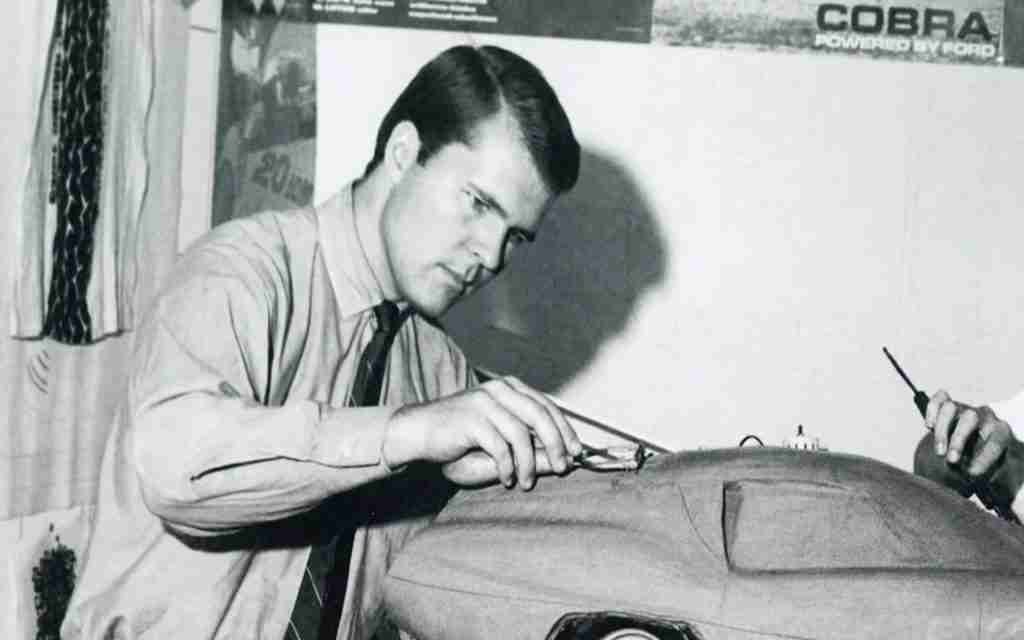 3 of your favorite car scenes from movies or television

Number one would be Smokey & The Bandit. The chase scenes with Burt Reynolds and Jackie Gleason. You also can’t forget the “Snowman,” Jerry Reed and his dog Fred. Number two would be the movie Bullitt. The legendary chase scene with the Mustang and Charger are just epic. Finally, American Graffiti. The night scenes with Milner’s ’32 Ford and Fall’s ’55 Chevy.

What’s an unknown fact about M2 Machines that makes you want to work there forever?

The owners are super nice people. Very generous and fair. They provide a great working environment. 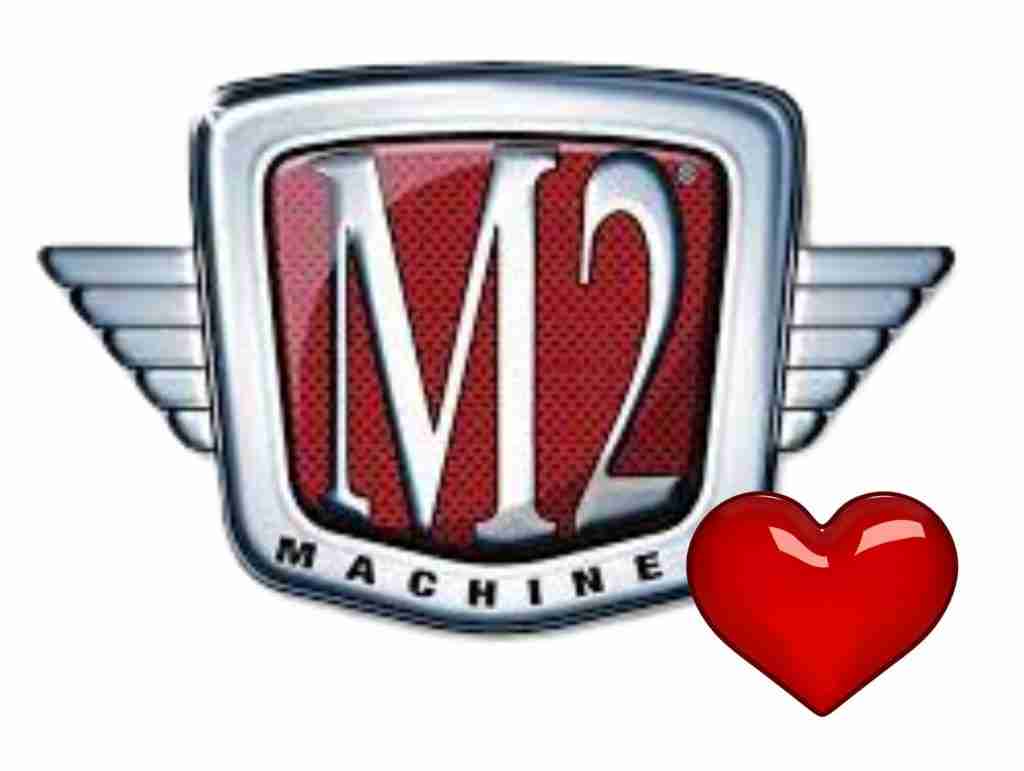 What is your funniest car fail?

While washing my ’72 Chevelle in our driveway. I had accidentally locked the keys in the car with no duplicate keys. My dad, who’s a mechanic, wasn’t too happy. He then went to his El Camino, and pulled out a slim jim tool he had for service calls. And he proceeded to unlock the car faster than I could with the key! 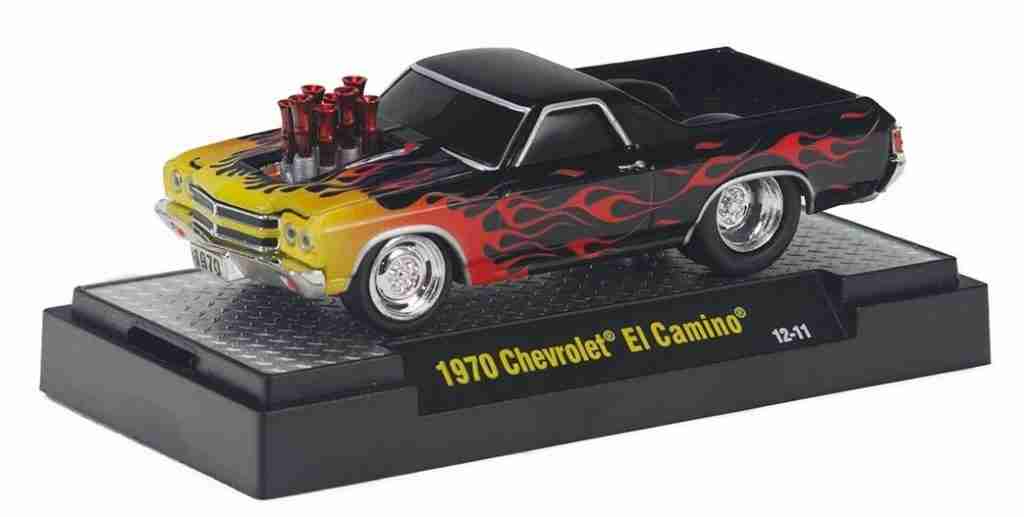 What’s a design fail of yours that you can look back and laugh about now?

Over the years I’ve had a few spelling mistakes here and there on packaging and legal lines. I’m an artist, I make things look good. Ha ha ha!!!

What’s the one car you’d remove from Earth and erase its memory?

For me it’s a tie between the Pontiac Aztek & Plymouth Prowler. I really don’t care for either of them. 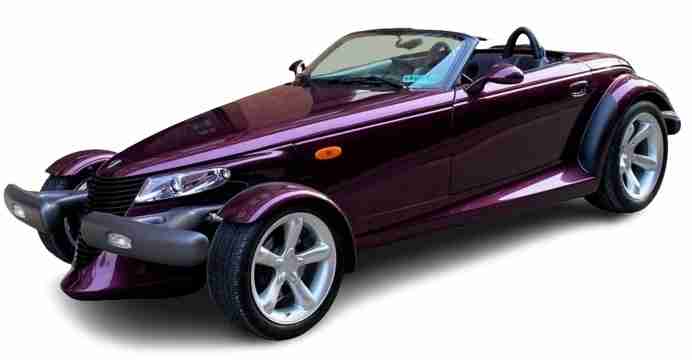 All a bit samey, so here goes another chance to ever see any of the 50s Motorama show cars in 1/24. Or a ’61 Imperial. Or any fuselage Mopars.

But who knows, there might be the day I’m allowed to spend my money on a 1/24 scale Cheetah?

I love this series of interviews, please do more! So nice to read about the gents that make our hobby so much fun!

When do you plan to add more JDM models to the coca-cola series?