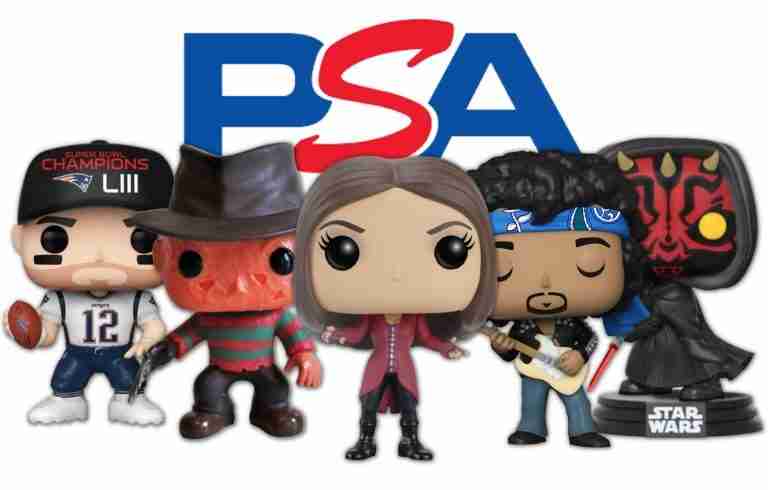 hobbyDB and its partner site Pop Price Guide are excited to announce a new GEM-MT 10 affiliation with the grading service PSA.

Getting into Grading Services was not a decision we took lightly. We surveyed 1,000 PPG Members in September and the response was overwhelmingly in favor of adding Grading to both sites.

It’s clear that items such as Autographs and Customs, combined with Authentication and Encapsulation are on the rise in popularity and are a big part of the future of collecting.

So forging an affiliation with Professional Sports Authenticator (PSA) was a slam dunk.

Click the button below for full details on Pop Price Guide where you can also win one of five PSA Graded Funko Pop! figures!

Winners have now been announced, you can read their names here.

Thanks everybody for participating!

i wish we partnered up with Pops grading service instead. give the newer start up company a chance

PSA has been making some moves in the pop scene lately.

How will this affect the pops? Good or bad?

Yooooooo this is dope

Id love to win this

Wow! Hoping this brings some verified price points to the mix!

Yessir! Partnering up with the best Authentication Service!!! Free Pop!!!!!

Heck yeah this is so rad can’t wait to see how much more this brings to the hobbydb experience. Congrats

W, can’t wait to try it out

Excited for all the things to come!

Very excited about this move!!

Think this is a great idea!

this is awesome! super stoked for the future of PSA and Funko!

Need to get one of my Funkos graded one day!

That’s awesome! I’m super excited to have some authentication services for Funko Pops and a new way to protect and value collections.

I have a signed Creature from the Black Lagoon Funko Pop! I’d like graded…