Dean Paolucci has been making 1/43 models for 40 years and here he tells his story!

I founded D.M.P. Studios in 1983 as a full-time professional model-building studio in Oakville, Canada.  Ever since the studio has produced upward of 300 models per year for discriminating collectors the world over. The main thrust of D.M.P. Studios is towards constant innovation and customer satisfaction. In 1986 a conversation with George Maxwell led me to contact John Hall of Brooklin Models about the possibility of creating a line of modified Brooklin models to show what could be done to a standard model to create a super-detailed model.

John was incredibly supportive and offered much encouragement.  There were others modifying Brooklyn models at that time but John told me that I was the first to ask for his permission. As I have always believed that Brooklin produced the very best 1/43 scale models of American cars, you can imagine my enthusiasm and passion to be working so closely with the brand’s team! Even in those early days, I knew I wanted my Code 2’s to be very special.  I proposed to John that my first model would be the 1953 Buick Skylark Convertible in top-down form. I send him a prototype and he gave me the go-ahead.  We worked by the same formula ever since.

I am always trying to improve my Code 2’s and at the same time keep the price reasonable. My rule of thumb has always been that a D.M.P. Studio Code 2 should retail for about twice the price of a standard model. Considering the amount of time that goes into each Code 2 (about 23 hours) that seems a reasonable price. I have always tried to make my Code 2’s more than just a repainted Brooklin Model with the brightwork polished. To me, a Code 2 should be substantially modified from the original model, which starts as a base and then takes on a character of a truly different car. I think this approach gives the collector not just color variations and shiny trim but a completely distinct and different model.

In 1994 I launched my own range of customs cars (Lead Sleds) cast by Brooklin and based on three standard models:

My company has continued to grow into a much more commercial business designing and producing models for Mattel (about that in a later article), whom I worked with from 1993 until 2010. I have also made models for Labatt’s Breweries, the Labatt Streamliner, and Labatt Keg truck products which were produced in cooperation with Brooklin Models.

My company also produced very fine hand build 1/43 and larger scale models for discerning collectors around the world. I have produced models for many celebrities such as Jay Leno, Jerry Seinfeld, and Paul Newman.

And I enjoy every moment of it!  Here is our newest Model  – 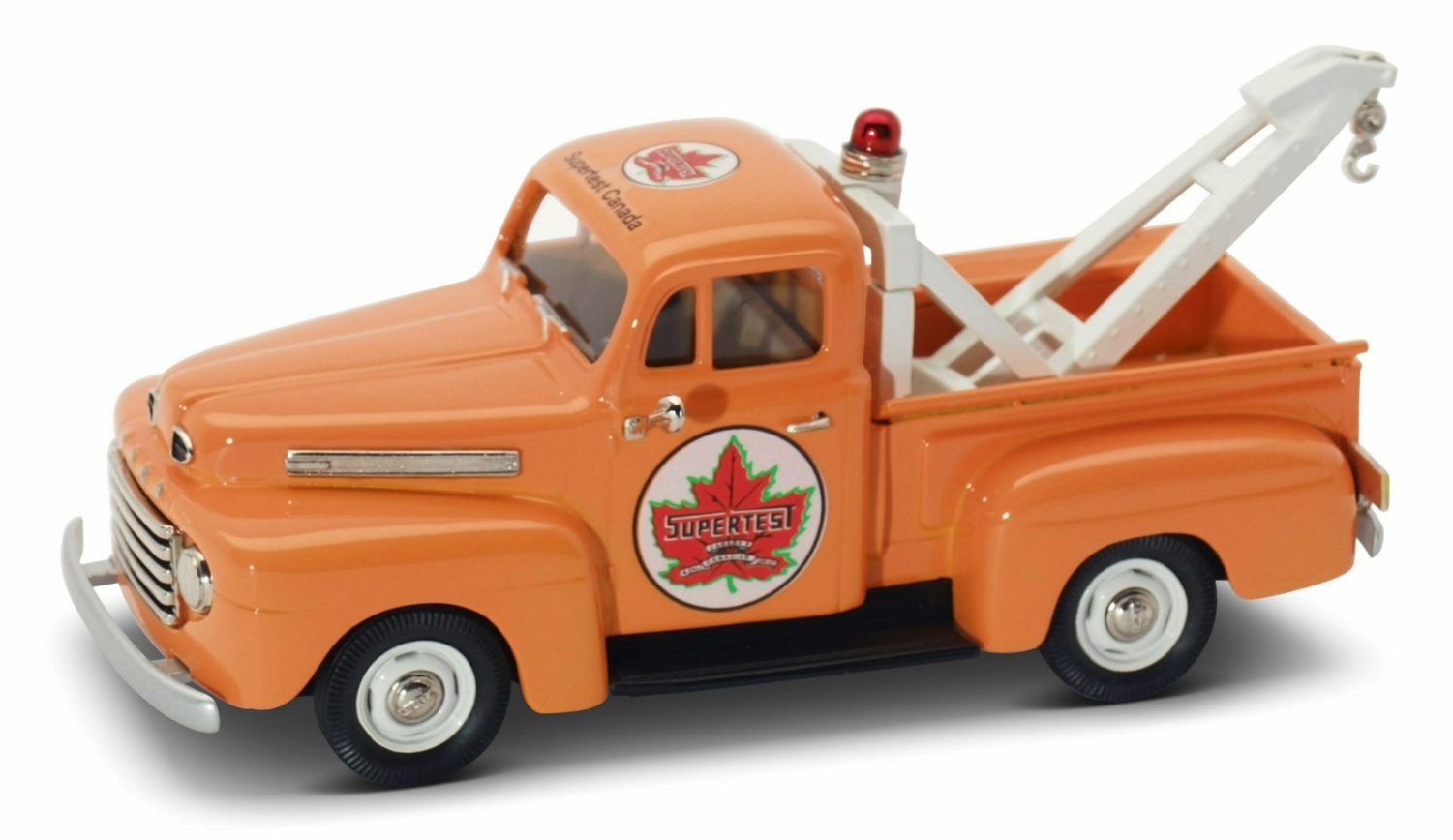 Have many of Dean’s models all Brooklin group based some are one offs also have the Labatt etc. Absolutely stunning models all of them

I wish I had these. I love those White trucks and will have to add them to my Wish List.

Dean is one of the good guys, a pillar of the hobby, and a great dealer.

Thanks for documenting these DMP models! The Labatt’s are all very cool!

Dean – is the streamliner 1/43rd? I always thought it was a smaller casting? It is very nice, whatever the scale!