Underrated History of BraveStarr Action Figures From the 80s 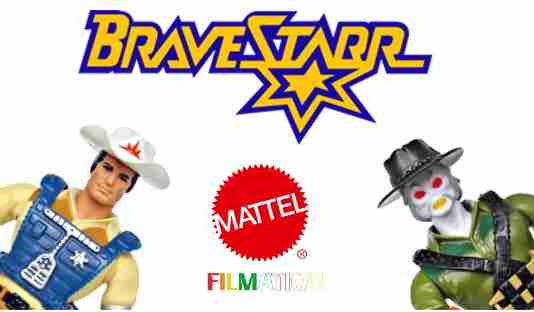 The 80’s was one the greatest decades talking about toys, and particularly all related to action figures. It was a creativity war among legendary and classic figures such as Star Wars (Kenner), Masters of the Universe (Mattel), Teenage Mutant Ninja Turtles (Playmates Toys), G.I. Joe and Transformers (Hasbro), with one goal, winning the hearts of an entire generation of kids to lead the global toy market.

And of course, this fierce toy fight brought us another amazing series, but unfortunately most of them didn’t survive enough time because of the strong market competition, and the sale numbers ruled which toy lines would go on the retailers’ shelves. But it doesn’t mean those limited in time action figures were not a staple of our childhood too, on the contrary, some of those gave us one the best childhood memories, as is the case with BraveStarr. 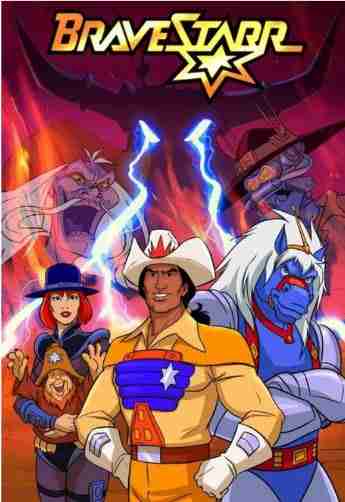 The first time I saw the BraveStarr figures in a department store, I was completely shocked. Still today, I cannot express with words the desire of having one in my hands. At that moment there was no other toy in my mind. Lucky for me a month later, I got my first figure, Tex Malone (the Spanish version of Tex Hex), one of the best villains I have ever had.

Originally, the franchise was conceived and created by Filmation, however, the television series would not be broadcasted until 1987, a year after the toys were released. The television show narrates the adventures of the Native American Space Marshall Bravestarr, who derived supernatural powers from his spirit animals. 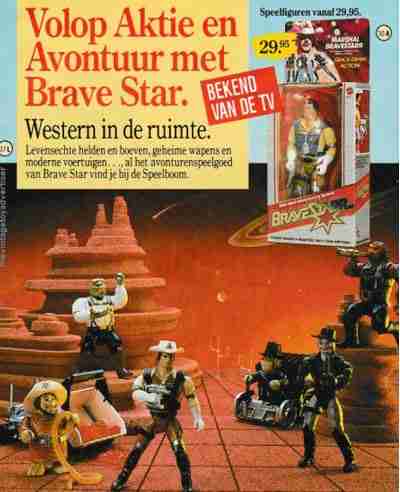 The Space-Western exploits of Marshal BraveStarr take place on a desert planet called New Texas, in the 23rd century. The planet was colonized for Kerium, a red mineral used as a fuel source. The conflicts among the characters are solved by Marshall BraveStarr and his Equestroid friend, Thirty/Thirty, bringing justice to the multicultural inhabitants of New Texas in every chapter. 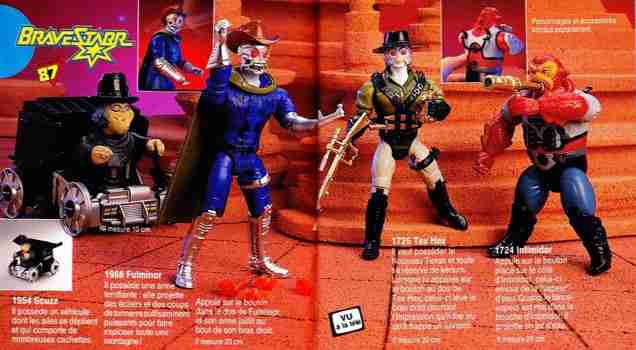 The toy line was manufactured by Mattel in 1986. Not all the products were distributed in all the markets, leaving us different language packaging variants of them, so, it is very interesting how enthusiastic collectors keep on searching the different box versions of some products to complete their collections. In addition, the packaging artwork is remarkable, being in line with the illustrated foil-stamped boxes of those exceptional years. 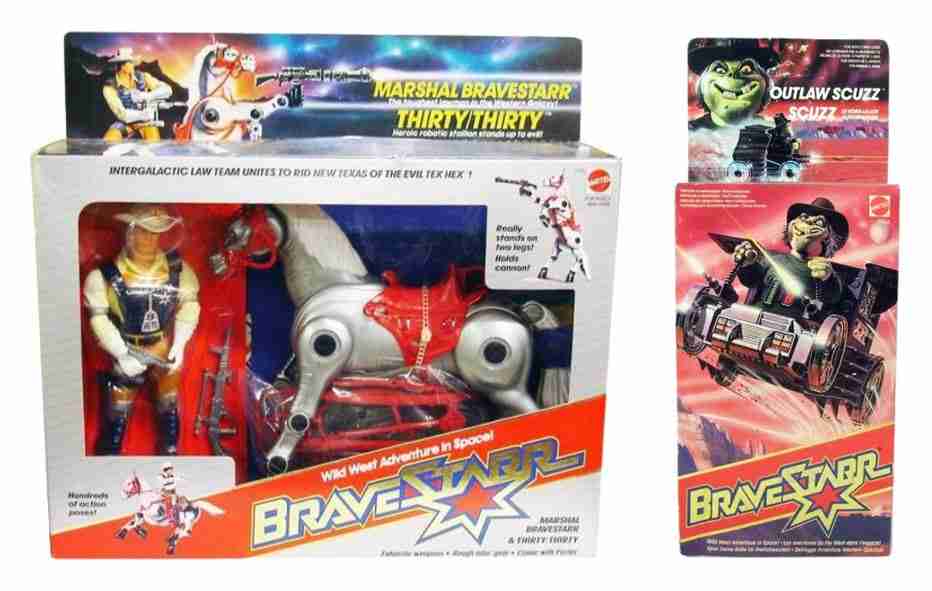 The singularity and main difference of those fully articulated action figures with other contemporary toy lines, was the size, 8 inches. Besides each figure had a unique action feature, spotlighting the water blaster of Sand Storm, and considering the number of weapons and props they had, it was not difficult to love these playable toys. 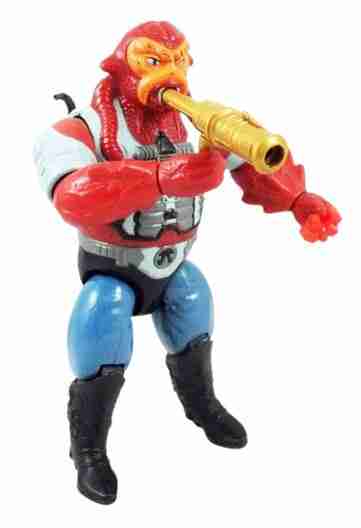 Furthermore, inside the packaging we found a poster, both sides printed, with news from New Texas, comic-strips, and one of the four images for building a bigger poster, as well. 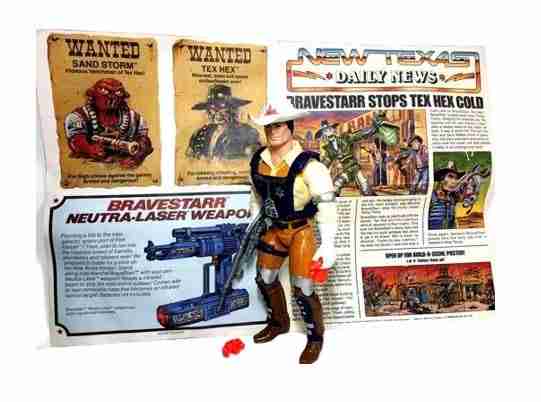 A curious fact is that Colonel Borobot, was the only character developed by Mattel, and probably was made to compete with the Transformers fever of those years, being a rare and extraordinary piece, having a vehicle or a robot characterized in U.S. cavalry outfits in the same figure. 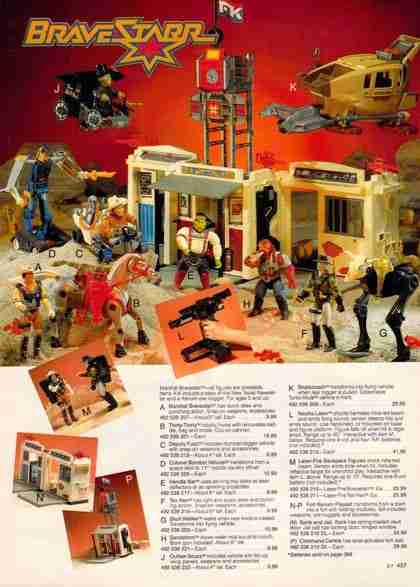 This toy line was completed with the vehicles, Stratocoach, Turbo-Mule and Tex Hex’s Skull Walker, and not forgetting the mega playset Fort Kerium – Command Centre for Marshall BraveStarr, that incorporated the Command Centre, the Bank, and the Jail sets. Although they were shown in the BraveStarr’s official catalog (1986), the following items were canceled; the Multi-Scope, the Hover-Glide, and the Weapons PAK.

Mattel also offered some toy guns, being the hits for Bravestarr fans, the Tex Hex Sound Pistol & Holster, the Kerium Special Target Game Set, and the variants of the Neutra-Laser pistol, the blue one for our hero, and the black one for the lead of the Carrion Bunch, the perfect match for a space duel. The Neutra-Laser pistols are compatible with the infrared effects of the action figure’s laser fire Backpacks. 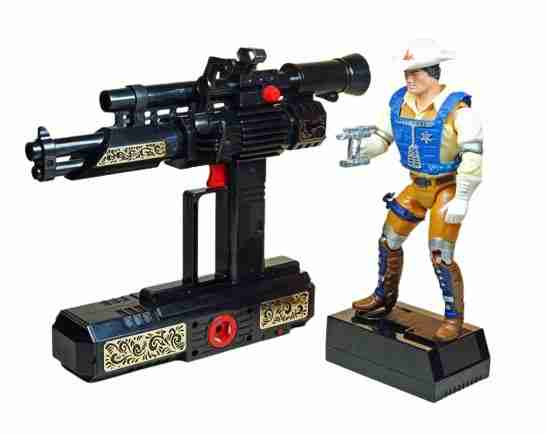 In 1988, BraveStarr jumped to the big screen, with “BraveStarr: The Movie,” bringing with it an avalanche of merchandising and promotional articles related to the franchise, finding T-shirts, clocks, books, cards and sticker albums, comic books series even the video game which was released for several home consoles. 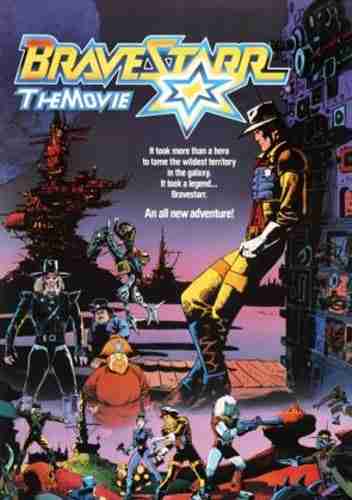 Sadly, in 1989, when the second wave of figures was announced, coinciding with the shutdown of Filmation Studios, Mattel decided to cancel those new figures. It would be incredible to have one of those unreleased prototypes, which would include Long Arm John, Judge J.B. McBride, Dingo Dan, and the vehicles Rampage the Bull, and the Starr Hawk vehicle. 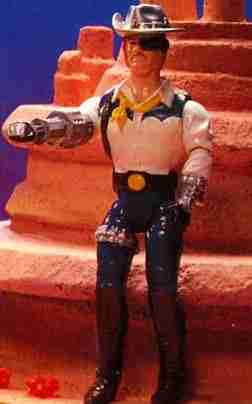 I want to believe that at one moment Mattel would have a new project related to the BraveStarr franchise, re-releasing some of those iconic action figures. Maybe, it would not be strange seeing them in the future, thinking about some of the recent launches of Mattel Creations, such as the Back in Action! set (2022), with three of the first action figures created by Mattel, Major Matt Mason (1966), Big Jim (1971), and Pulsar (1976), the WWE Retro Figures sets, or the new Shogun Masters based on the legendary Jumbo Machinders, with a MOTU touch. 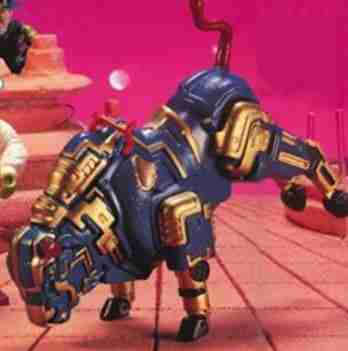 Nowadays, it is a difficult task to get some of those pieces in mint condition, however, if we use the Eyes of the Hawk, the Ears of the Wolf, the Strength of the Bear, and the Speed of the Puma, the magic of these vintage toys will be shown in our collections.
Whatever happens, the universe of BraveStarr toys will always play an important role for some of us who grew up in the unforgettable 80’s. 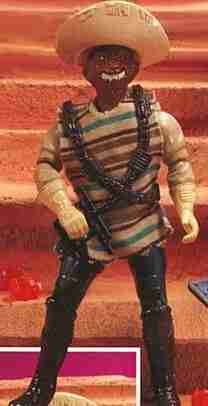 I hope you find this information helpful. Have an excellent week. Let me know if you’d like to know more in the comments below.