Did You Own It: Kenner Star Wars All Terrain Armored Transport aka the AT-AT 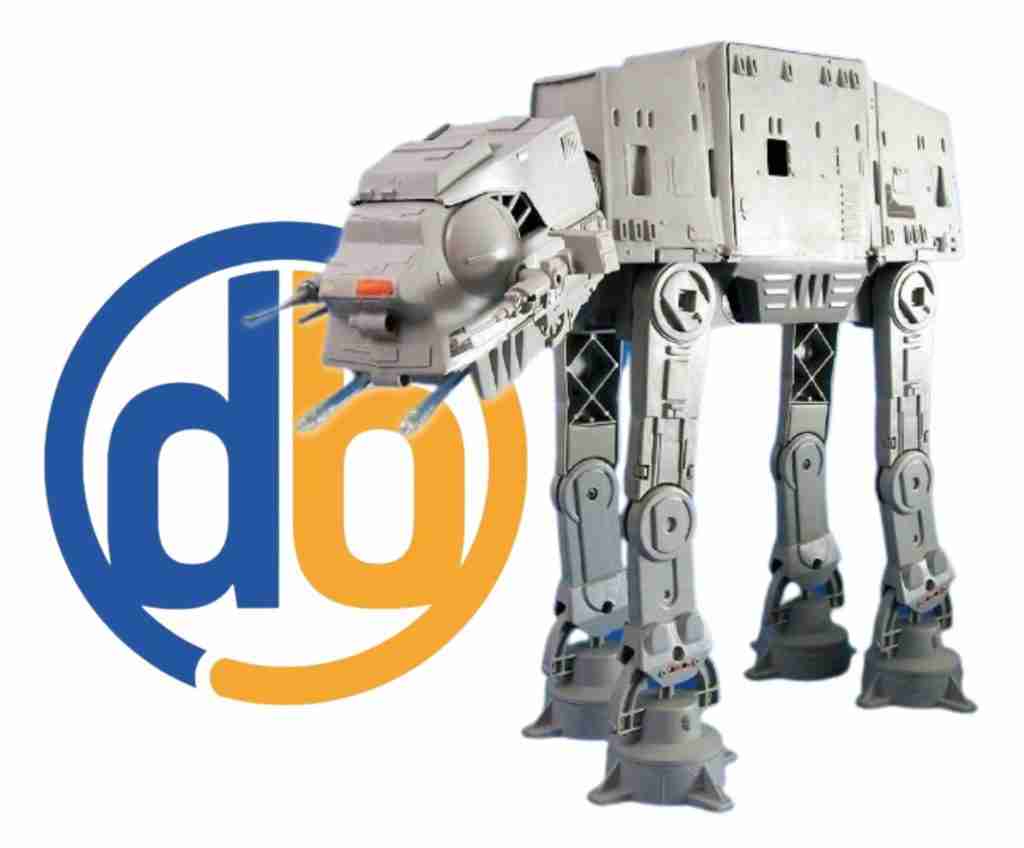 “Did You Own It” is our recurring series highlighting vintage and classic toys. Check out previous DYOI’s here! What would you like to see us highlight?

For kids of the 70s, the movie “Star Wars: A New Hope” knocked our socks off. As did its subsequent line of original action figures from Kenner.

So when “The Empire Strikes Back” made its debut in theaters in 1980, its arrival wasn’t just bigger and better, so, too, were its collectibles.

And king among them was the All Terrain Armored Transport, aka the AT-AT, one of Kenner’s most recognizable – and biggest – collectibles from the original Star Wars trilogy. 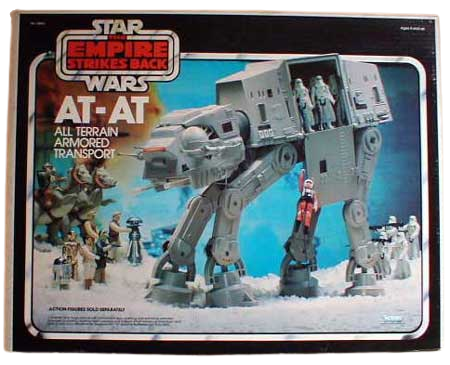 Released in 1981, the AT-AT stretched 22 inches long and stood 18-inches tall, about the same size as a small cocker spaniel. Which was massive to an 8 year old.

That made it the second largest toy in Kenner’s Star War collection. The biggest you ask? That would be the Death Star Space Station.

The AT-AT held two pilots and another 10 Stormtroopers in its belly.

The articulated legs were maneuverable and a handle within the cabin moved the head up, down and left and right. It also operated the dual laser cannons (aka chin guns) that lit up and made noise (think pew pew).

Kudos to you if yours still has its chin guns…err laser cannons.

Plus, you know that any toy that requires a pair of D-Cell batteries is legit. 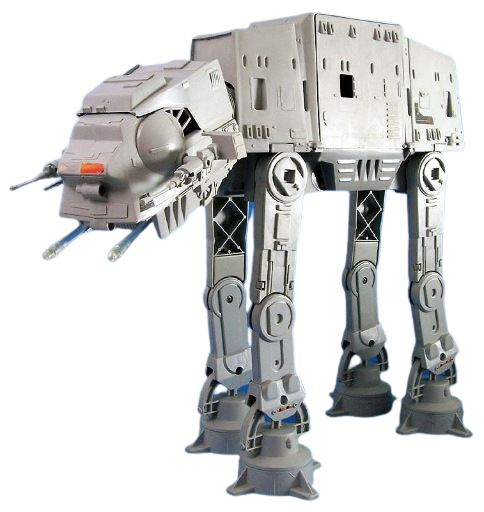 This was the first ever toy version of a Star Wars AT-AT. It retailed at $49.99, which was pricey for the early 80s. Kenner re-released it in 1983 with a “Return of the Jedi” variant.

These days you’ll find more than a hundred AT-AT collectibles of all kinds on hobbyDB, from Hasbro and Hallmark to Hot Wheels, Tomica to even Swarovski. Lest we forget the Legos…so many Legos.

Check out this overview from Chronique Vintage –

So we want to know. Did you own Kenner’s All Terrain Armored Transport? Do you still own an AT-AT, or several?

Tell or, better yet, show us in the comments below!

Author Note: After seeing a friend sink an original MOTU Castle Grayskull into a giant aquarium for his fish (and himself) to enjoy, I’ve often envisioned what an AT-AT in the same environment might look like. Do you have any creative, non-traditional uses for collectibles?