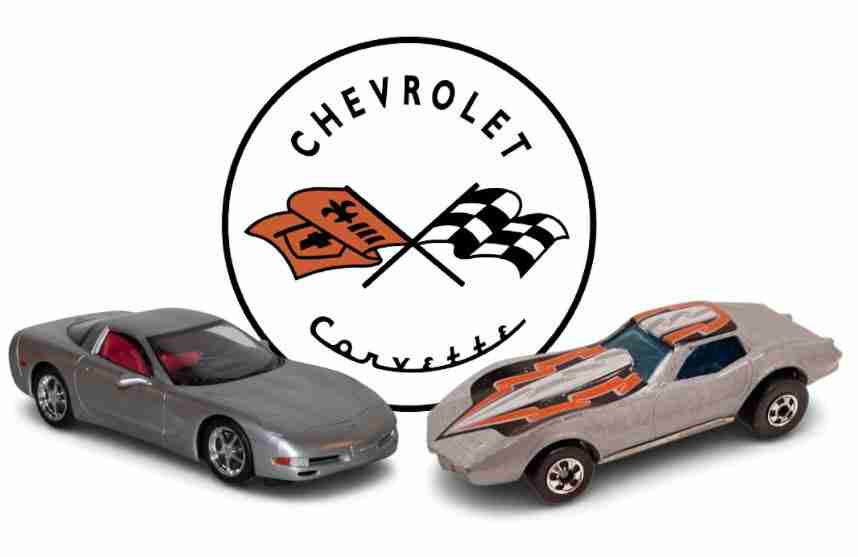 The first-ever Corvette rolled off Chevrolet’s Flint, Michigan, assembly line on this day (June 30) in 1953. The Little White Corvette was a sleek roadster with red interior and was limited to just 300 produced.

In the decades since, the Corvette has asserted its dominance not just in the automotive industry, but in the world of collectibles, as well.

To celebrate the anniversary, we’re examining the most-valuable Chevrolet Corvette collectibles found in the hobbyDB database.

As a reminder, estimated values are always fluctuating, especially as we add more and more price points to the guide. Follow this link for a current list of the most-valuable Corvette’s on hobbyDB. 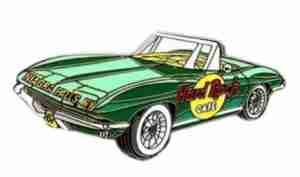 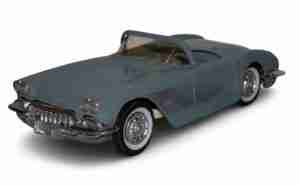 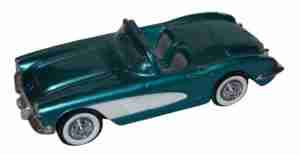 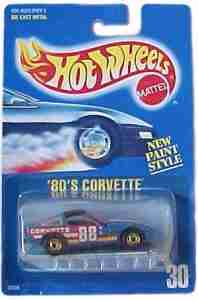 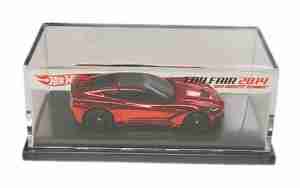 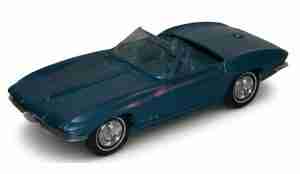 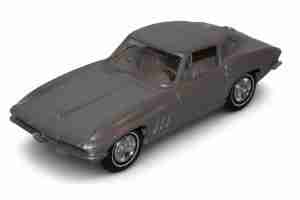 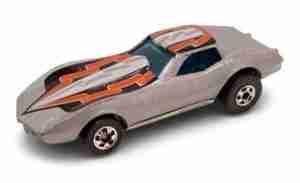 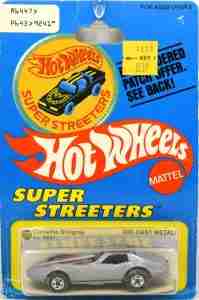 Are you an avid fan of Corvettes, Chevy’s or diecast in general? Share that wisdom and passion by joining the hobbyDB Squad, an interactive team that adds items and prices, as well as curates subjects and much more. Let us know by messaging us at support@hobbydb.com!

hobbyDB friend, and member of both the hDB Advisory Council and Volunteer Squad, Steve Engeman takes time to share with us some thoughts, history and tips for dealing with the age-old diecast issue of “warping.”

The early plastic promos were typically made of acetate plastic that warps. More specifically, it shrinks with age.

This warp or shrinkage affects individual promo models differently. Sometimes the shrinkage is hardly noticeable and sometimes it makes the car resemble a banana. Some collectors avoid acetate or ‘soft plastic’ cars completely. Other collectors respect that even warped promos represent the history of that car and are happy to have a small piece of automotive history, even if it does display warp.

All AMT promos were converted to Cycolac in time for the entire 1962 model year. Johan held on to soft plastic through the model year of 1963 and did not introduce a hard promo plastic until 1964. In addition to shrinking, Johan clear plastic ‘glass’ would also craze.

PMC used soft plastic throughout their promo years. They did use hard plastic on some of their retail toy cars starting with the 1959 model years.

All Hubley promo cars used soft plastic through their last ones in 1962. MPC was not around in the early years and never used soft plastic. And as collectors have seen in the hobby, there are exceptions to just about everything. The true dealer cars using a plastic chassis would often warp to a greater extent than the retail ones using a metal chassis in some cases.

Some cars are notorious for excessive warping. A small partial list would include 1957 Chevrolets, 1957 Fords, 1960 Pontiac dealer cars with the “Wide Track Demonstrator” chassis, 1960 Thunderbirds, 1962 and 1963 Chryslers.

What can you do to mitigate warp caused by the shrinking plastic? There are two important steps that can be taken to help.

These photos are examples of cars that have shrunk. The 1958 Edsel promos nearly always develop a hump in the trunk. 1959 and 1960 Cadillacs have their chassis mounted to the body in the center of the front of the car and both sides will lift as they shrink.

1958 Desoto often develops what is called the Johan ‘smile’ as both front fenders will lift. The chassis will curl bringing the rear of the car lower. The 57 Ford and Chevrolet both look like they have been in a rear-end accident and the rear of the car shrinks. The 56 Chevrolet Cameo body will shrink and the front bumper and chassis will often break off as the metal chassis does not shrink. And as I have mentioned there are always exceptions.

Check out some of these examples of models with warping 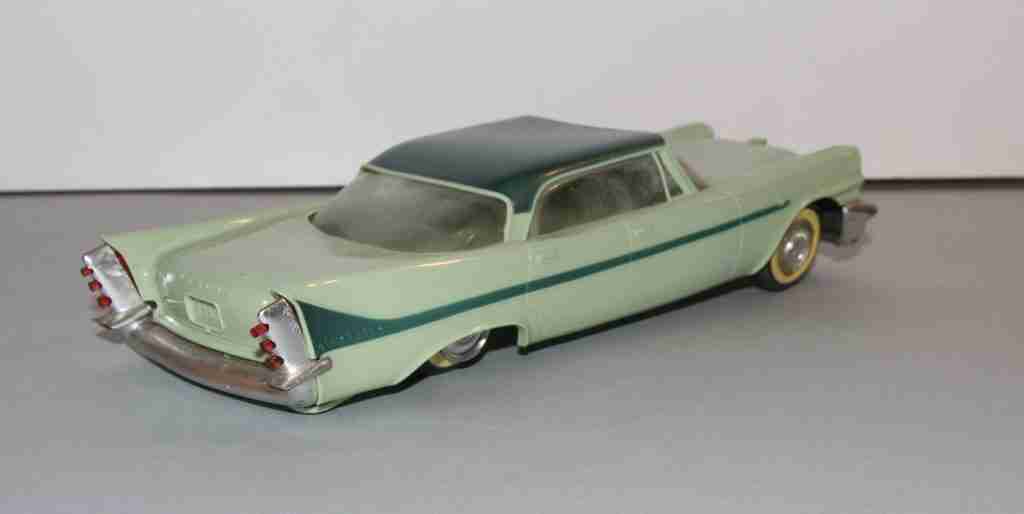 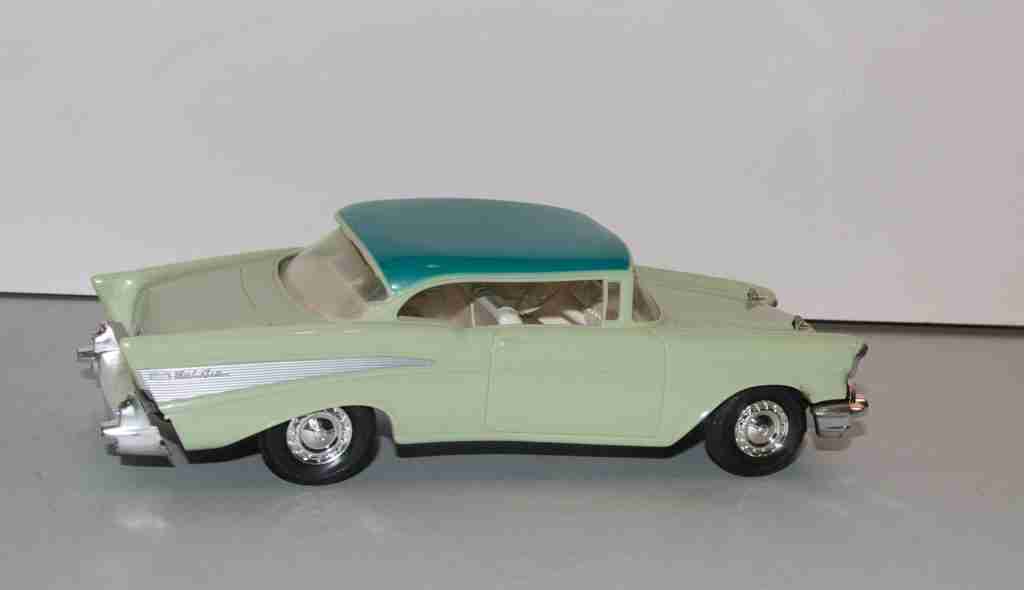 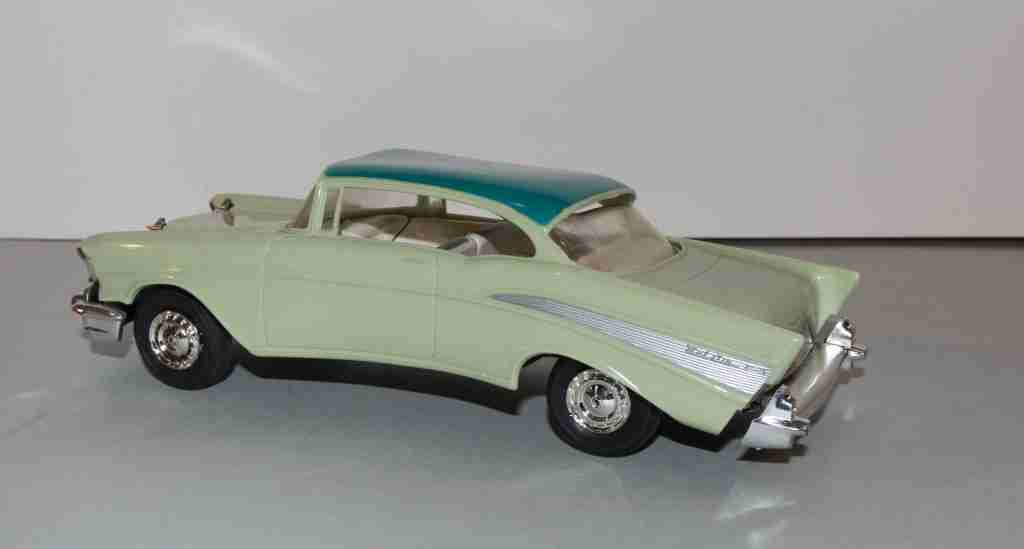 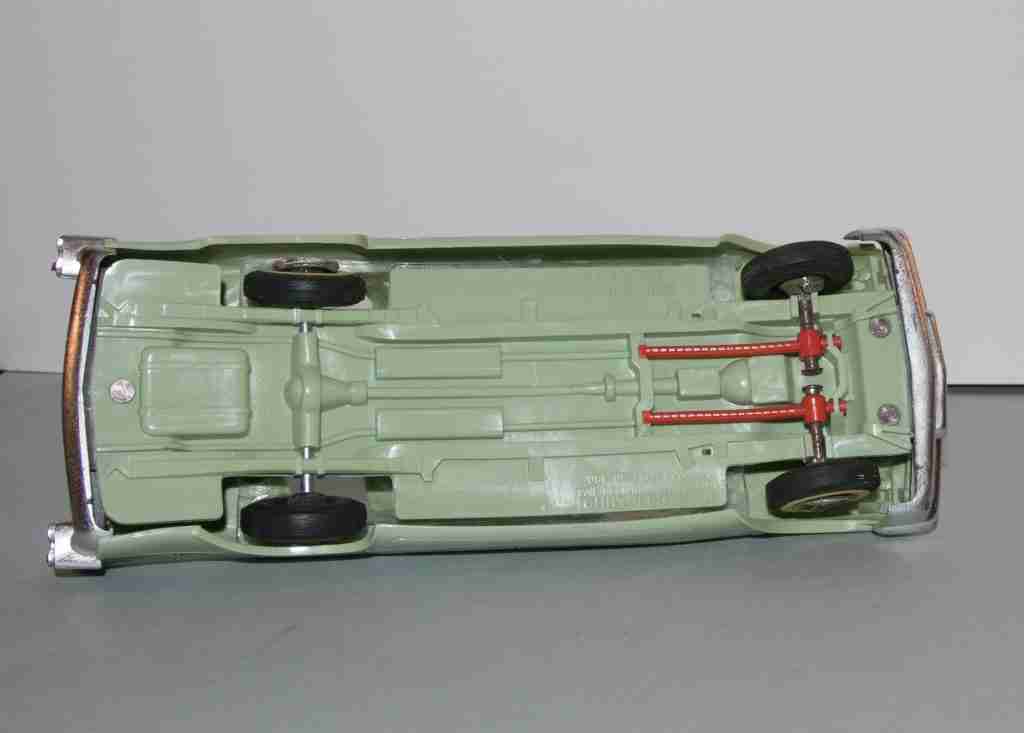 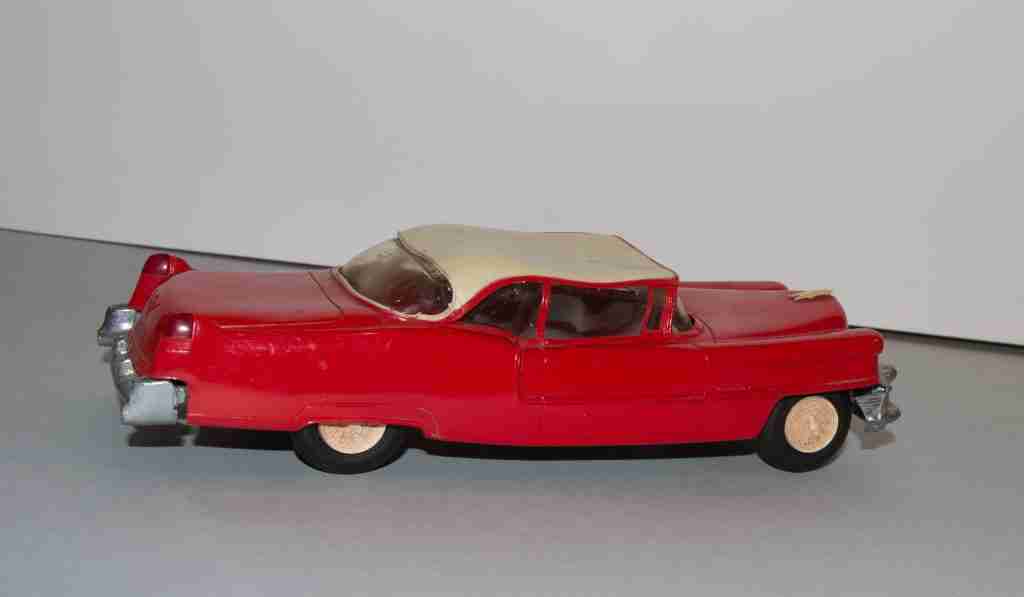 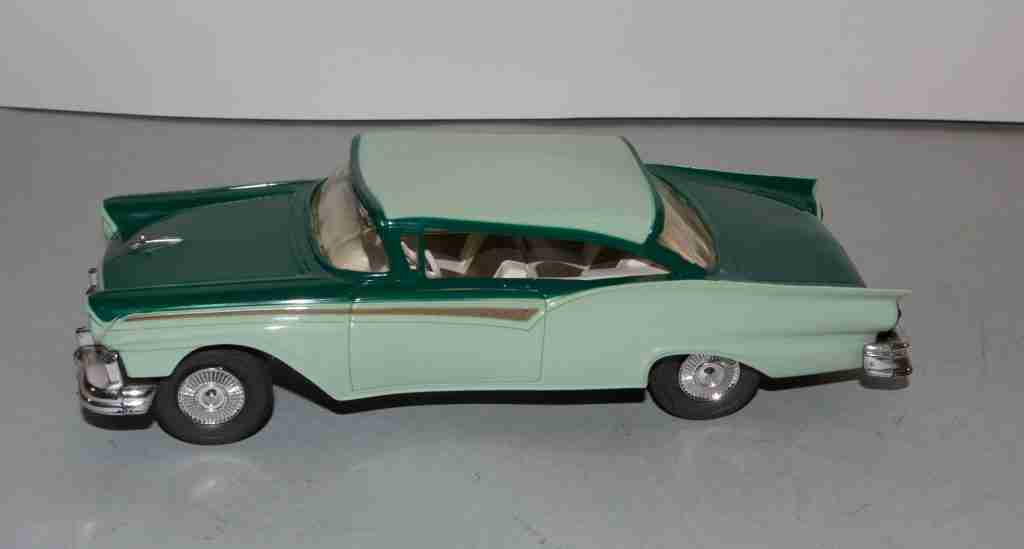 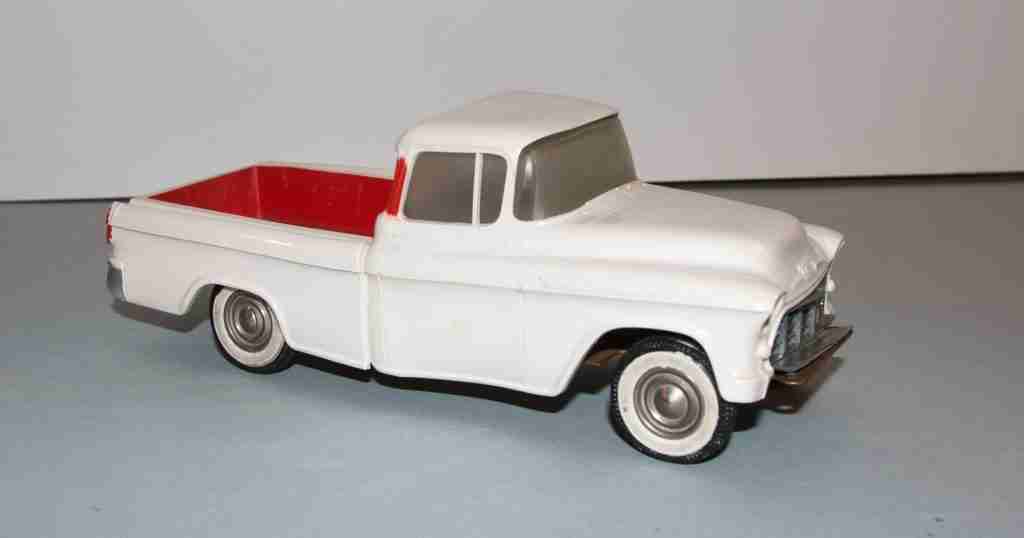 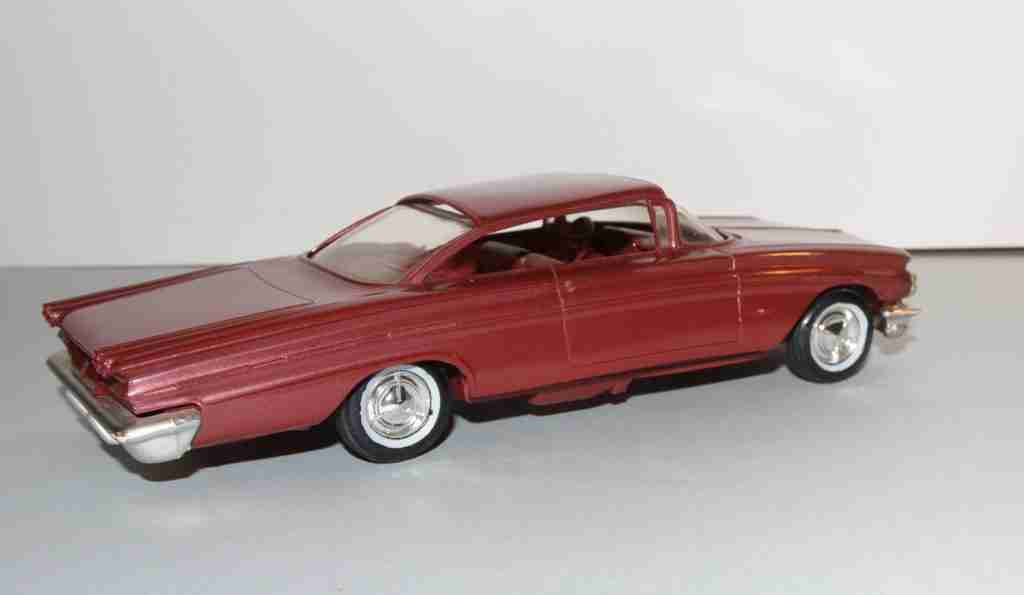 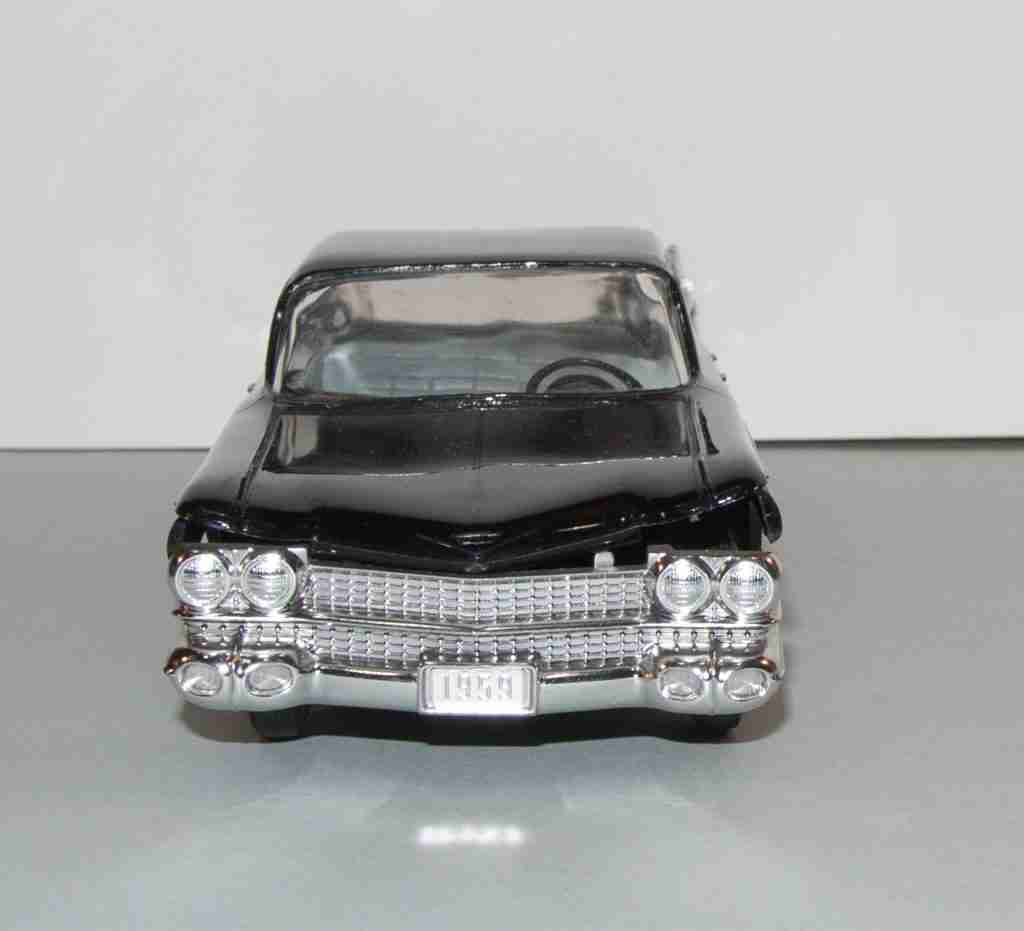