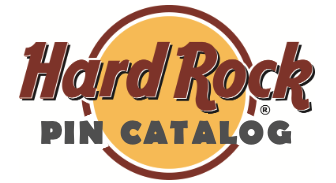 When the Hard Rock Cafe reached out to us if we could take over the management of their Pin Catalog we were excited. The catalog had good data and a great team (the Pin Masters).  It also had the equivalent to our Estimated Value but it was all based on self-reported prices, sometimes what a user had paid for their pin, sometimes the retail price and sometimes the perceived value.  Those are generally the kind of prices we are not adding to hobbyDB as they cannot be confirmed and as there is a conflict of interest (more on that here).

So besides adding other HRC merchandise such as Glasses and Magnets we were keen to start adding real Price Points.  And that is what a group of 12 Pin Masters has done!  They have already added more than 106,000 Price Points for HRC merch!  And as these are more recent Price Points than the ones from the old Catalog most prices are now true market prices. 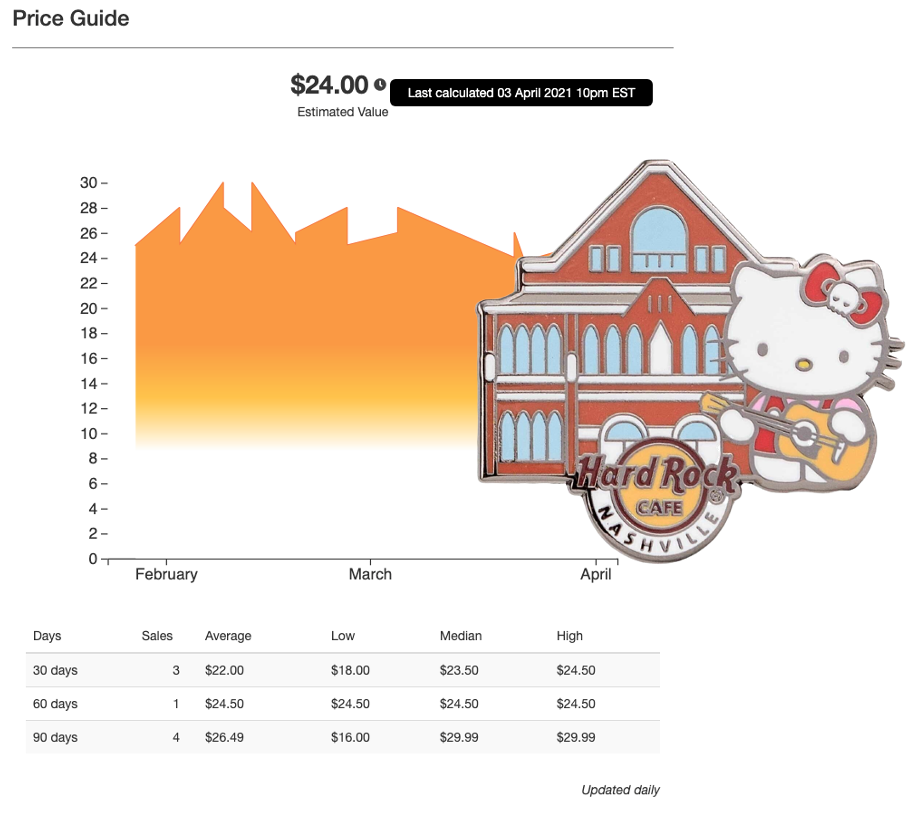 This pin perfectly illustrates the value of seeing and understanding the price curve of newer items. This pin is part of a popular series that debuted in January. As is often the case with new pins, especially series pins, eBay sales prices were nearly double the retail price out of the gate ($30 vs. $16) and are now settling down. 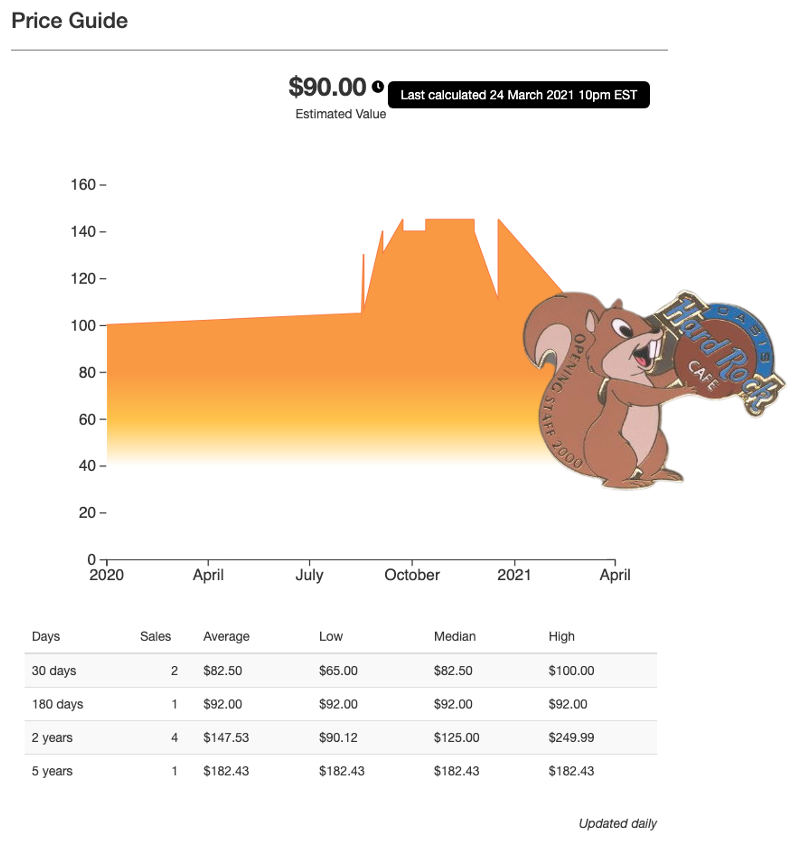 This example illustrates both the issue of the old Hard Rock Pin Catalog values (for pins 2018 and older) being subjective/inflated and an overall decline in a general fall in the value of older pins prior to the Pandemic and that seems to have slightly accelerated in pace, particular for pins that are more common or not highly limited.  The old catalog value was $182 but the last five eBay sales over a nearly two-year period have not exceeded $100 each, and the total valuation is down to $90. 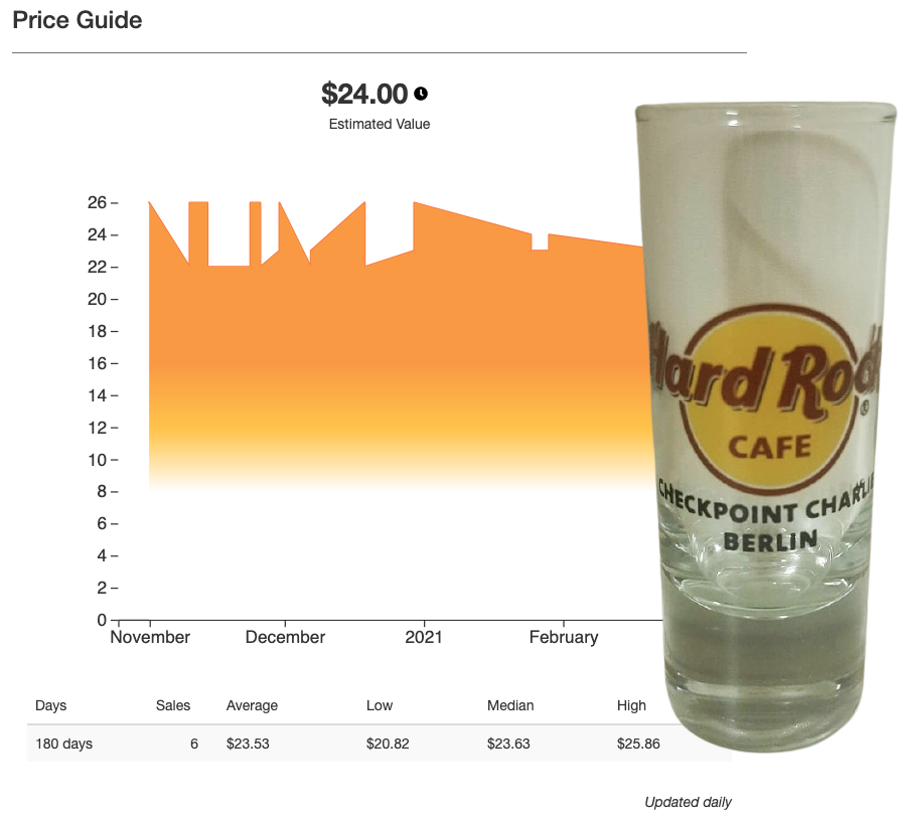 And if you like to help with this or managing a Hard Rock location or with adding other HRC Merch (T-Shirts anybody?) reach out to us or one of the Pin Masters!